[Our apologies for this late blog entry; there were technical difficulties between Estonia and Utah. The editor]

After breakfast, the choir traveled to the LDS chapel for rehearsal before the meeting began. Several languages are spoken in this branch of the church, with the majority speaking Estonian or Russian; English is also spoken. The meeting was in Estonian, with an English translator standing next to the microphone throughout the meeting for the benefit of the choir. 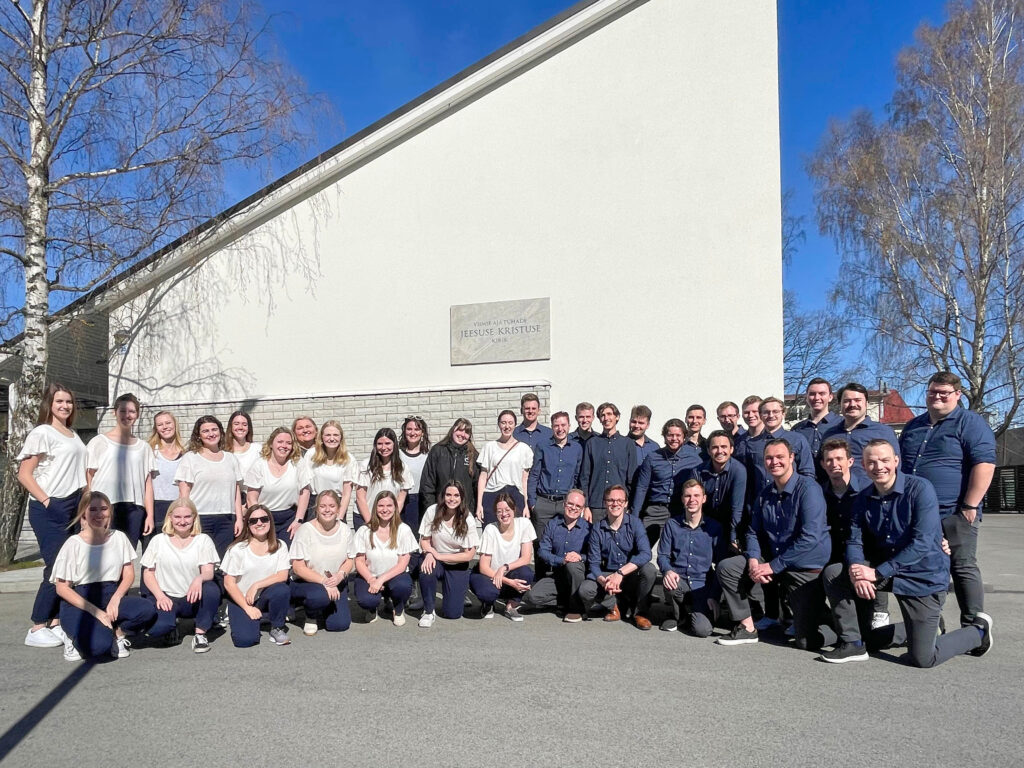 BYU Singers in front of the Tallinn, Estonia chapel.

It’s a small chapel, with about 60 members attending that day. BYU Singers sang two numbers during the service: “God Loves Us So He Sent His Son” and “I Am a Child of God” with the last verse in Estonian. CJ Madsen conducted; it was a powerful experience for all there. Estonians love music, and this music obviously touched them.

Many of the choir chatted with the Estonian members after the meeting, and report that these people are very kind and friendly. Most of the members of this branch are recent converts to the LDS Church, or at most are second-generation members. They are truly pioneering the LDS Church in this part of the world, and they have become a family as they love and strengthen each other.

Lunch was at a park; afterwards some of the choir returned to the hotel for a needed nap. 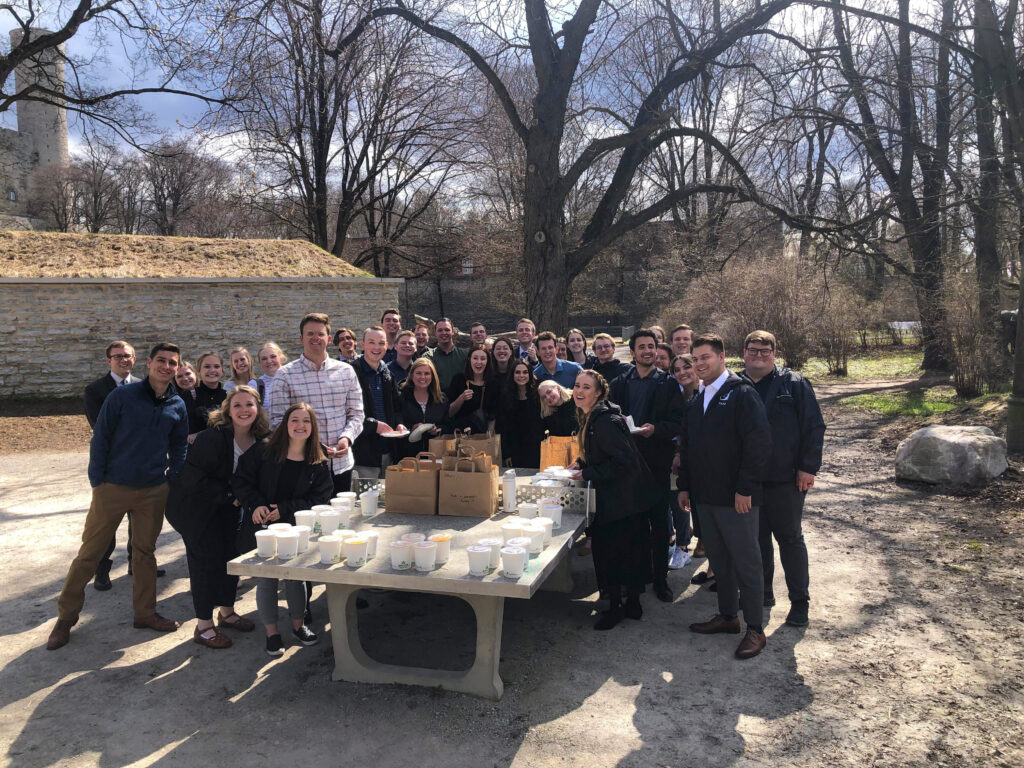 Lunch in the park 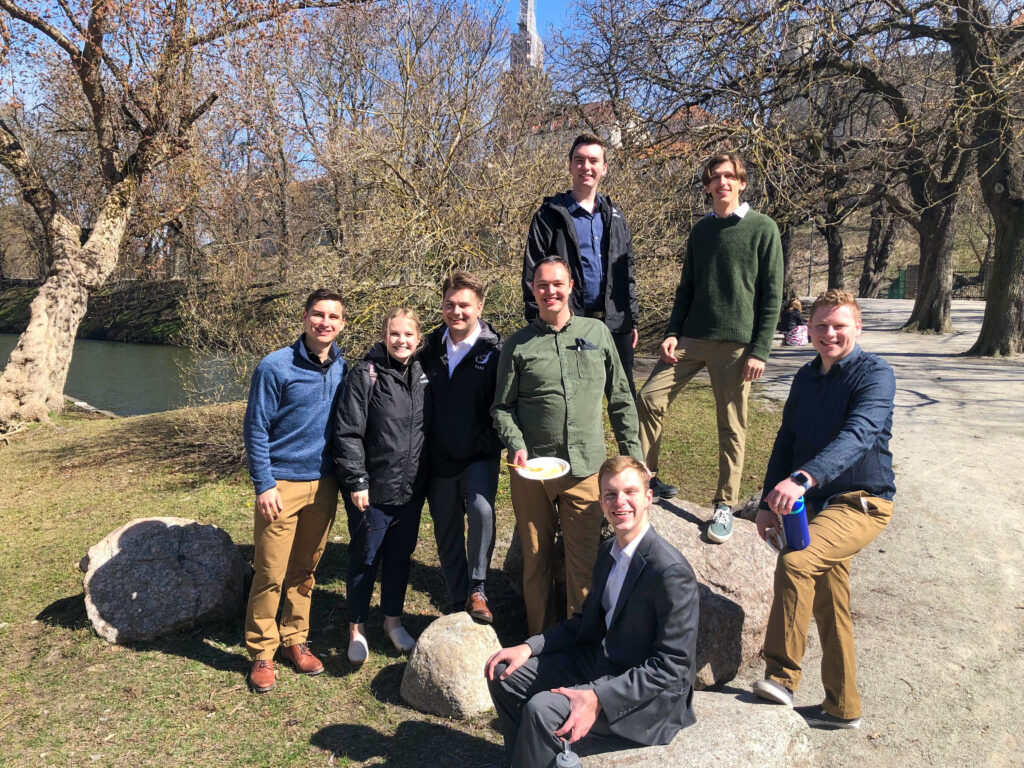 Spring hasn’t arrived in Estonia yet. 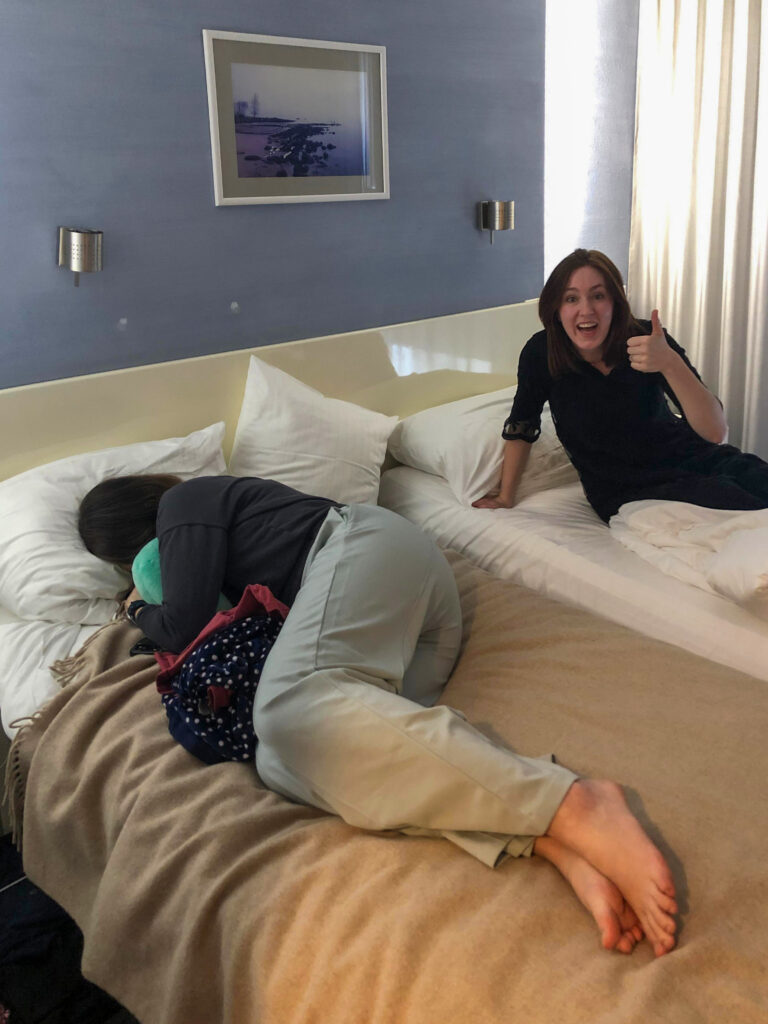 Naps are necessary on tour

After a couple of hours, they returned to the chapel for rehearsal before the evening’s devotional performance. They were very happy to see Dr. Crane there, who arrived that afternoon. Unfortunately, his luggage did not arrive with him, so he will be wearing borrowed clothing from various men of the choir until his suitcase reappears. 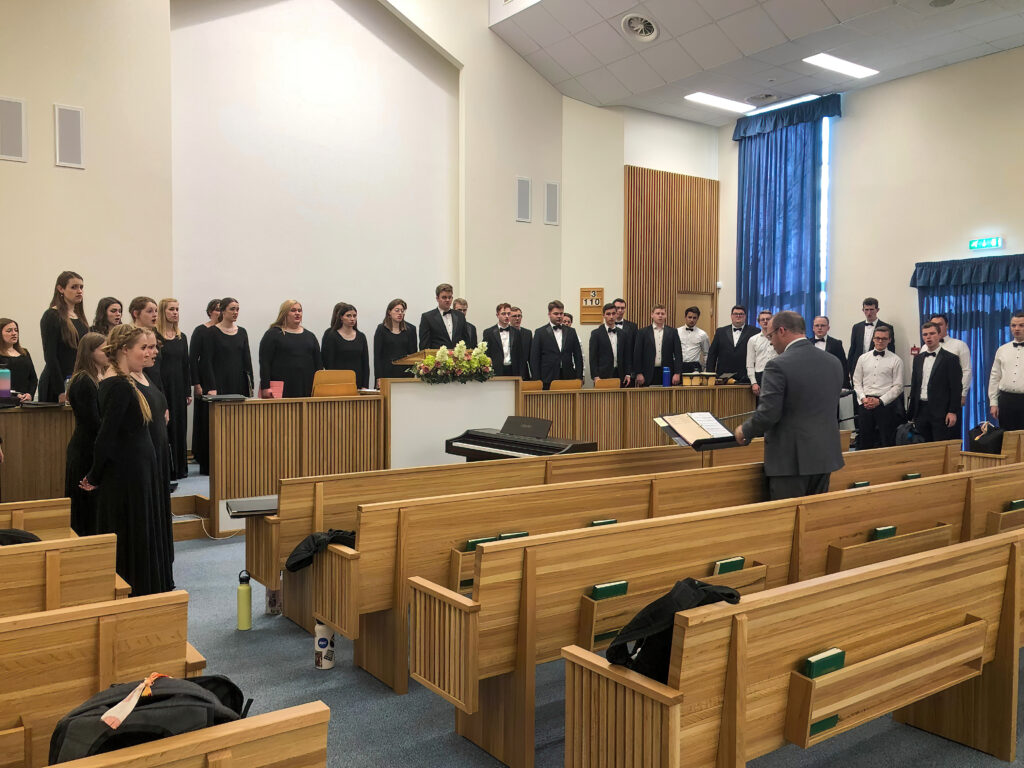 Rehearsing in the chapel

BYU Singers performed faith-based songs, concert songs, and ended with “Come Thou Fount” in Ukrainian, and “I Am a Child of God.” There were beautiful experiences afterwards as the choir met and mingled with the audience. The branch members prepared a wonderful traditional Estonian meal for the choir—lots of different dishes to try, including two delightful  cakes. The brave tried herring on rye bread. 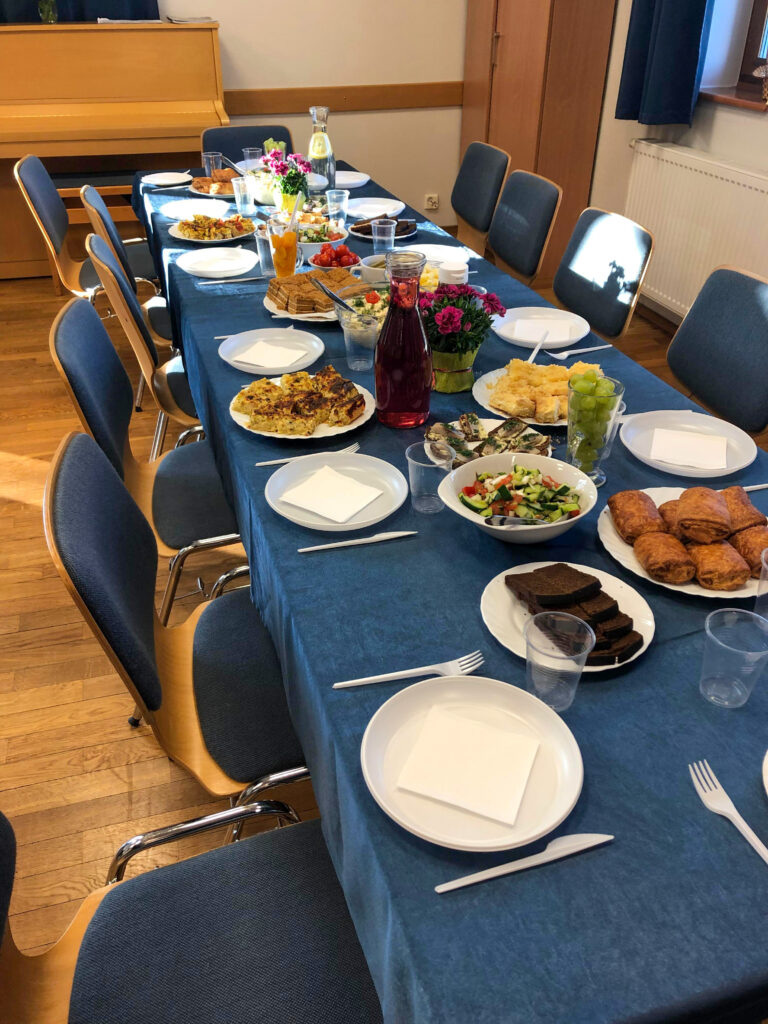 The choir absolutely loved their interaction with those in attendance, and called it rejuvenating and faith building. They came away so moved and impressed by the sacrifices these people have made in their lives. The choir felt like they were treated as royalty, with the members giving them little gifts and chocolates—such generous people! 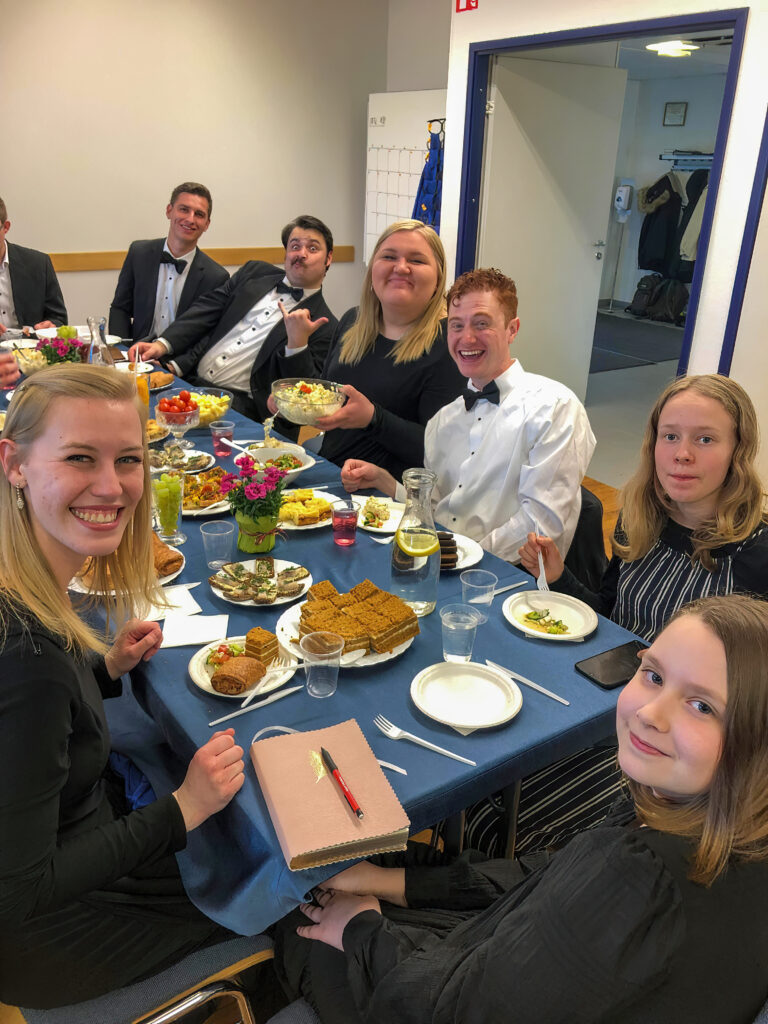 It was a day of rich and beautiful experiences, and very fulfilling.