May 12: Travel day to Klaipėda, Lithuania

As we traveled through the rainy countryside today, there is a sense of both melancholy and nervous anticipation for the competition. We aren’t sure what to expect, and many are doing their due diligence on the bus, going over the music and battening down the hatches on final details. We are tired, but are trying to summon the energy and correct mindset to do what we need to—this is the main event of the tour after all! 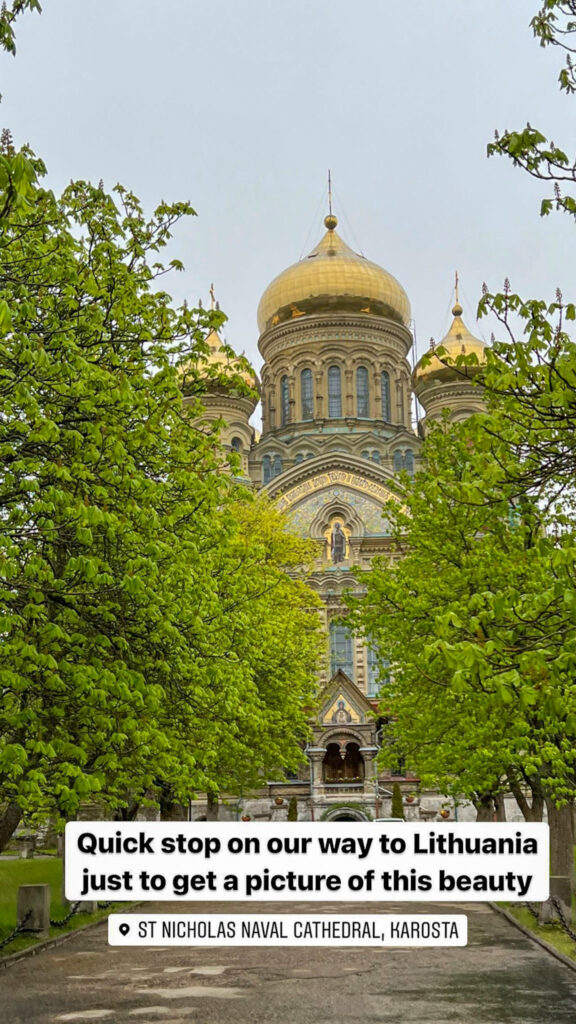 We had an excellent rehearsal at Klaipėda University. As with most of the universities and other rehearsal spaces, we were met with great acoustics—but the stained glass around was a bonus! CJ Madsen also enjoyed socializing working on his Lithuanian with a few of the university students. Then it was off the the opening ceremonies! 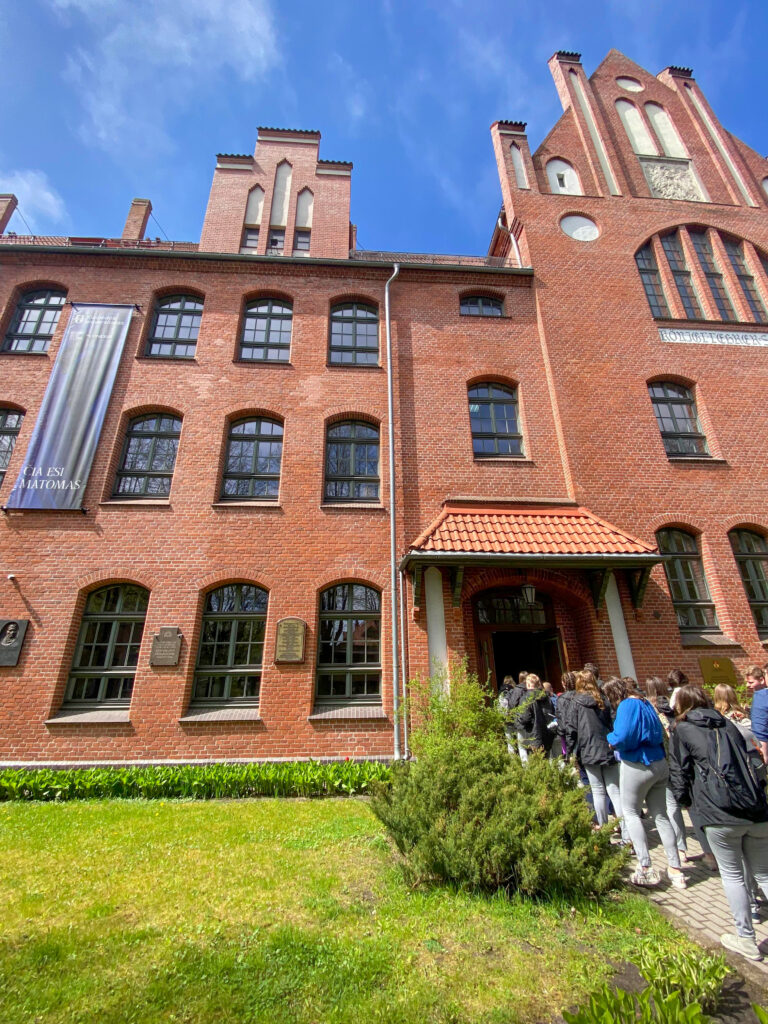 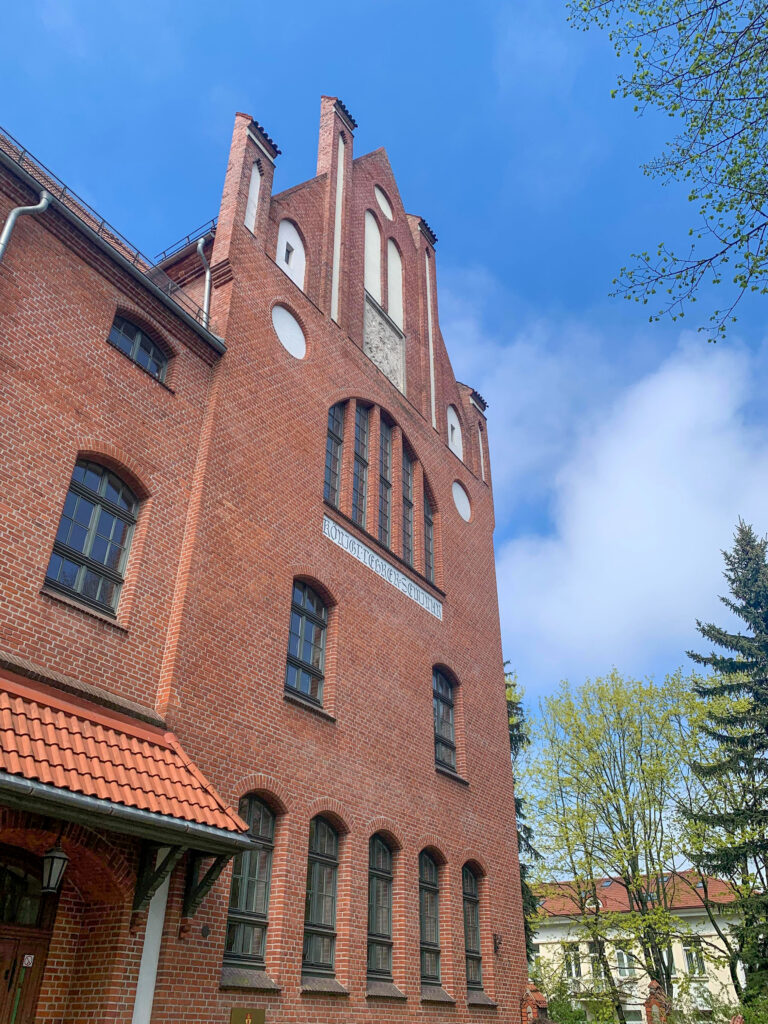 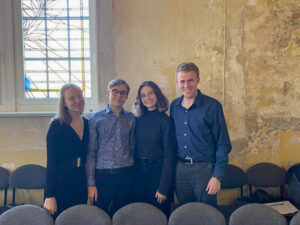 CJ with new friends from the university 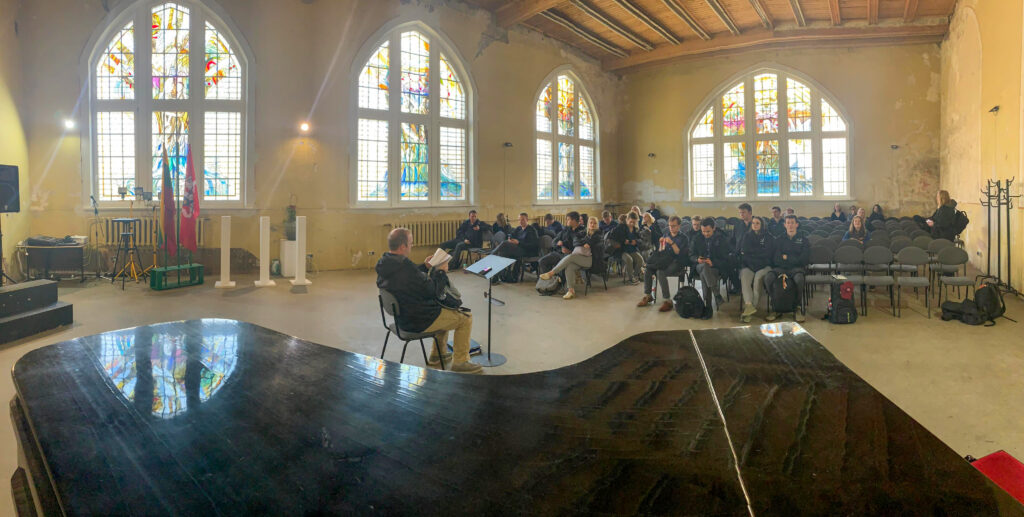 Our nervous anticipation returned—we genuinely weren’t sure what to expect! We had a fun exchanges of prepared, short musical ‘ditties’ around the auditorium, and then enjoyed a riveting performance by an all-boys choir. I also learned that when the audience claps in unison at the end of a performance, that is how they tell the director they want an encore! The choir was more than happy to oblige. 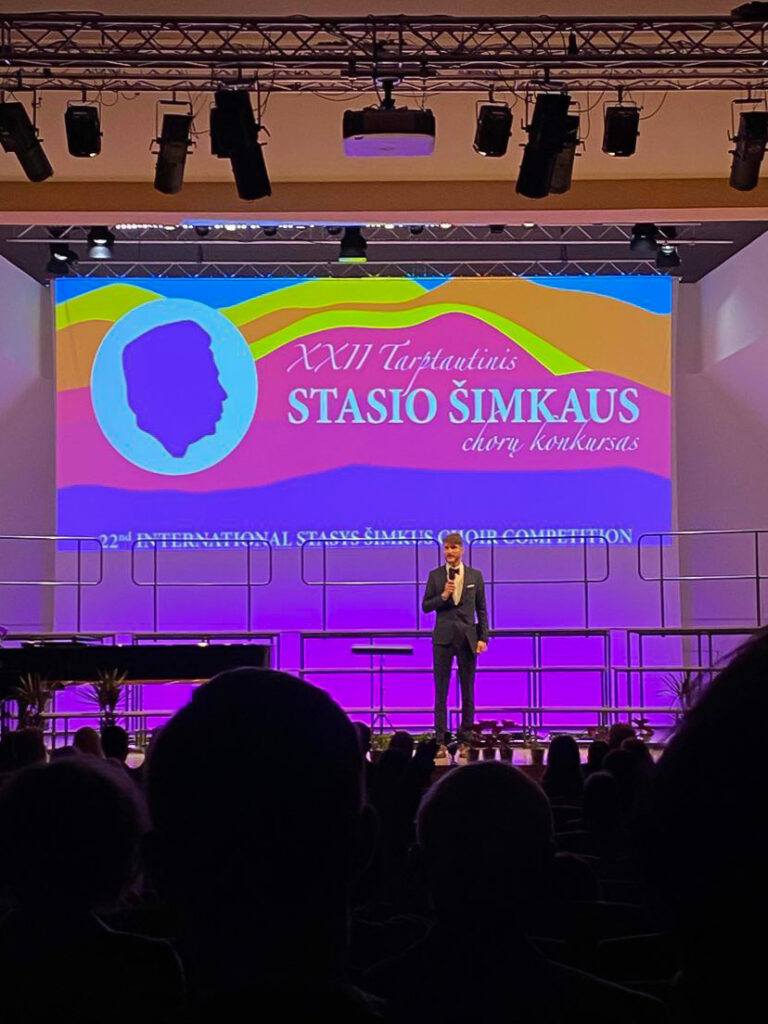 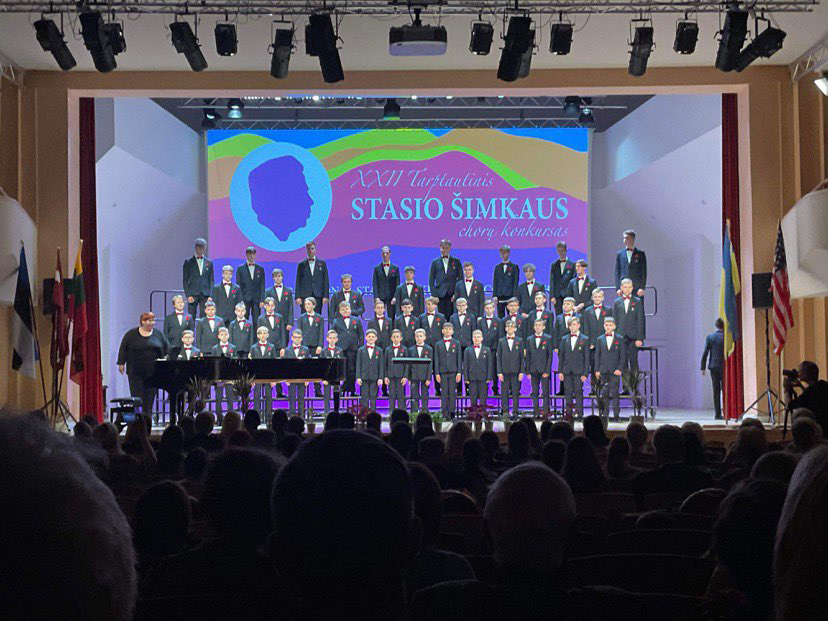 We look forward to sharing our musical offering and socializing with the other choirs tomorrow. The pervasive feeling through the room was a love of choral music and a real thrill to be back singing after 2 years of silence.

Also included in the pictures—we have been keeping in touch with our loved ones, often by telling them the delicious food we have been eating. Tonight we had gourmet lasagna, to which, when brought out, David Kime exclaimed, “Be still my beating heart, is that lasagna?!” Personally, I just think he was glad it wasn’t schnitzel and potatoes again! 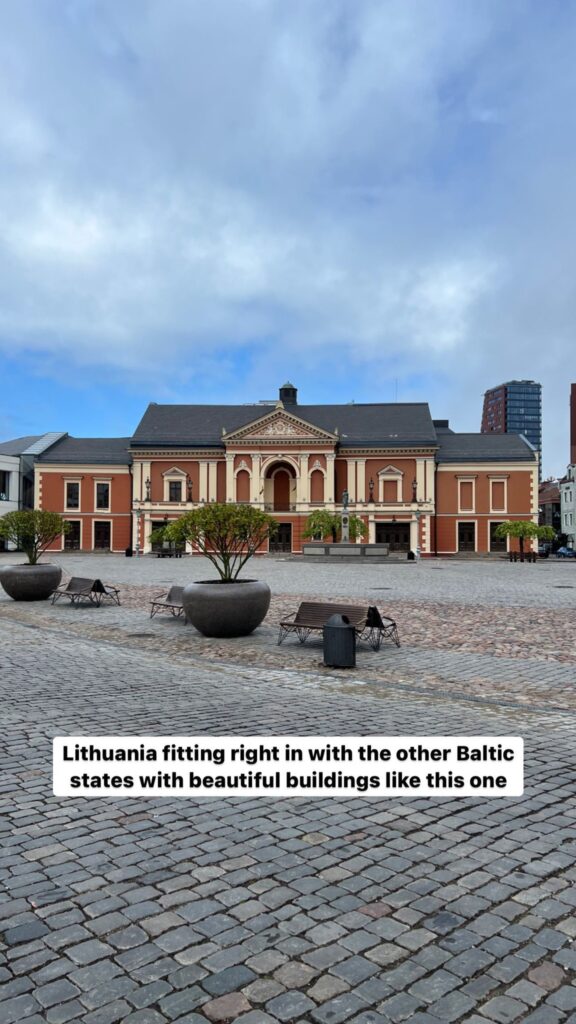 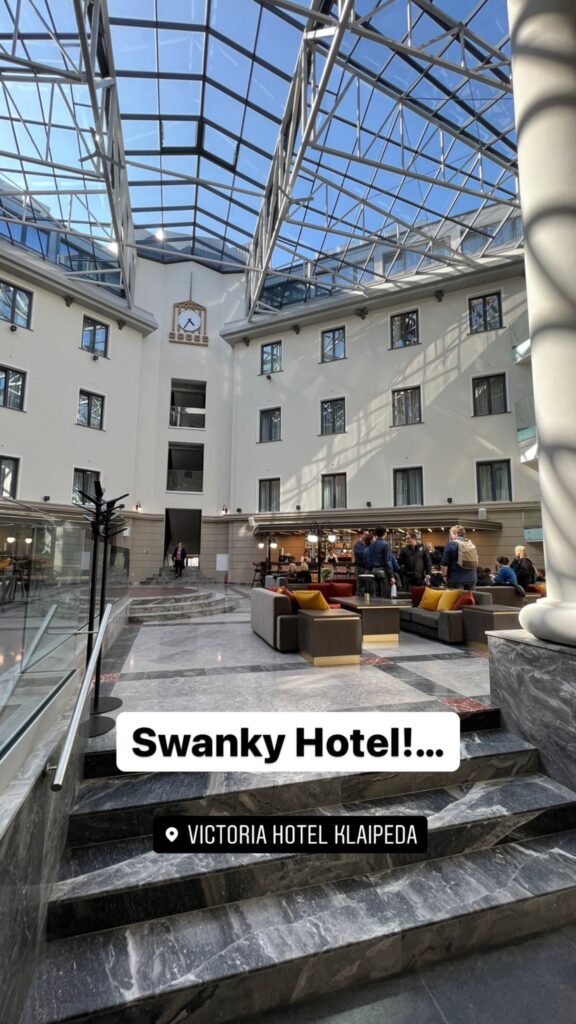 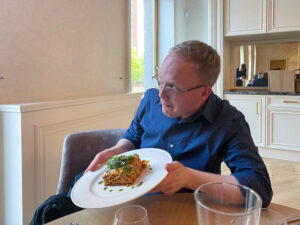 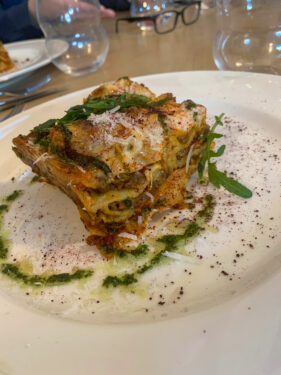 [Ed. note: today’s entry and the rest of the tour will be brought to you by Rachel Carter Millett, our new blog liaison. Given the near silence on social media today, I think we can confirm that the choir is preparing for their first performance in the competition tomorrow morning.]