After another fine hotel breakfast, the choir took a 10-minute bus ride to the ferry. The boat had an indoor cabin, but those who were intrepid could be outside on the back deck. It was very windy and cold. They reached Naissaar Island after an hour, where they boarded two large military vehicles to explore the island. It was a bumpy ride, akin to off-roading, and very dusty! The choir found the island to be historical and interesting. 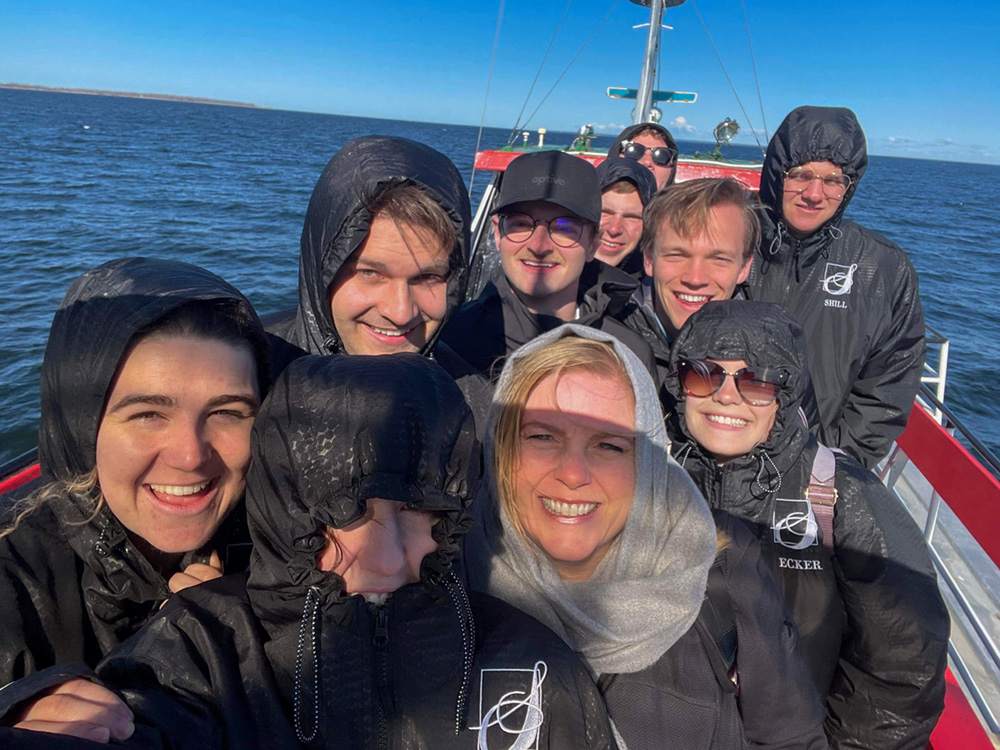 Braving the wind on the ferry

For being a very small island (about 7 square miles), a lot of history took place there. It was populated by Estonian Swedish fisherman by the 1500s. In the early 20th century, it was a Soviet Republic, then occupied by German forces in 1918, then ultimately became part of the new Estonian Republic in 1920. During WWII it went from Russians to Germans and then back to the Estonian Soviet Socialist Republic, where the Soviet Union established its largest factory for naval mines in the Baltic. 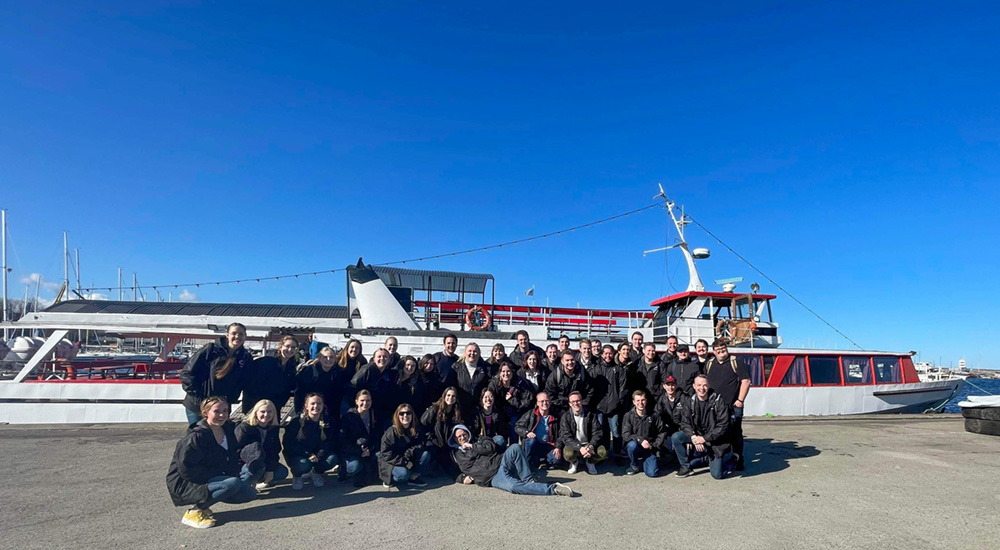 In front of the ferry

Much of what the choir was shown on the island took place in WWI. From the island, Russians thought they could protect Estonia from Germany. The choir’s first stop was bunkers where staff meetings were held. Their guides had them turn on their phones’ flashlights to see the hallways and rooms in the bunker. There were empty rooms of old concrete and rusty metal. It was a bit spooky, but interesting. 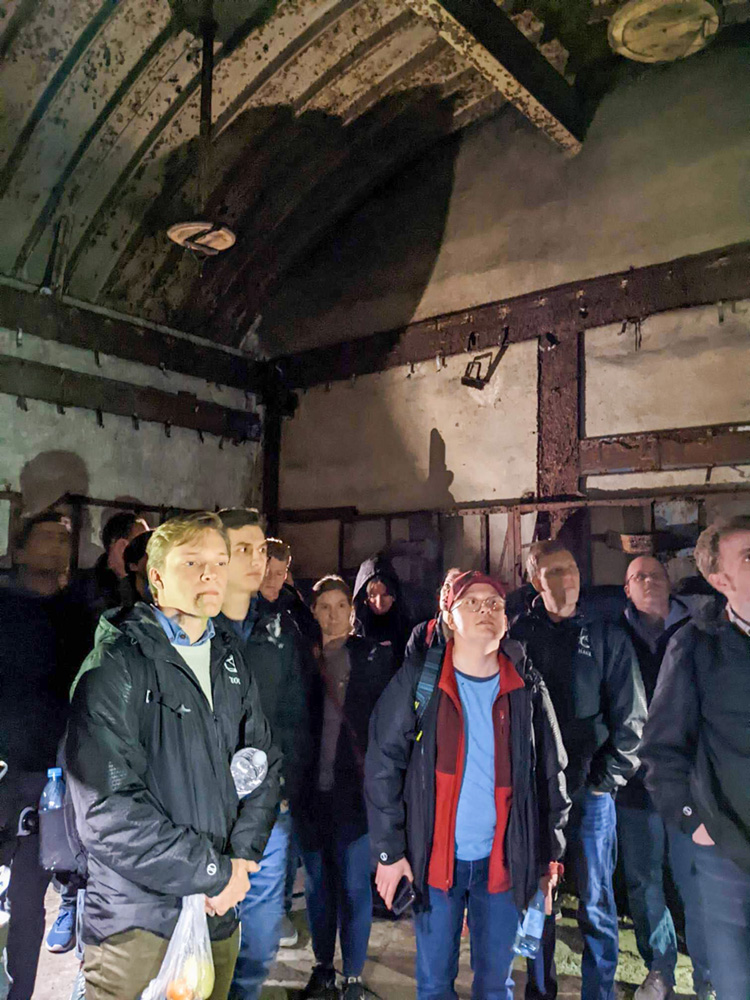 Their second stop was to see an enormous gun. Though just a metal circle remains now, it was probably a missile launcher that had a reach as far as Finland. Singers were told that one day the Russians planned a test fire; warnings were issued, but the Russians hit one of their own boats that hadn’t received the message.

The third stop was to the naval mines. Because of the tension of the Cold War, the Soviets built a huge factory complex for the production of anti-ship explosive mines on Naissaar. Today these facilities lie abandoned in the forest; in 1993 the Soviets burned all the explosives that remained on the island. The Gulf of Finland has been cleared, but some bombs never exploded. There is a field of mines still visible near the wharf at Mädasadan, rusted and inoperable. The soil of the island remains contaminated by oil and heavy metals. 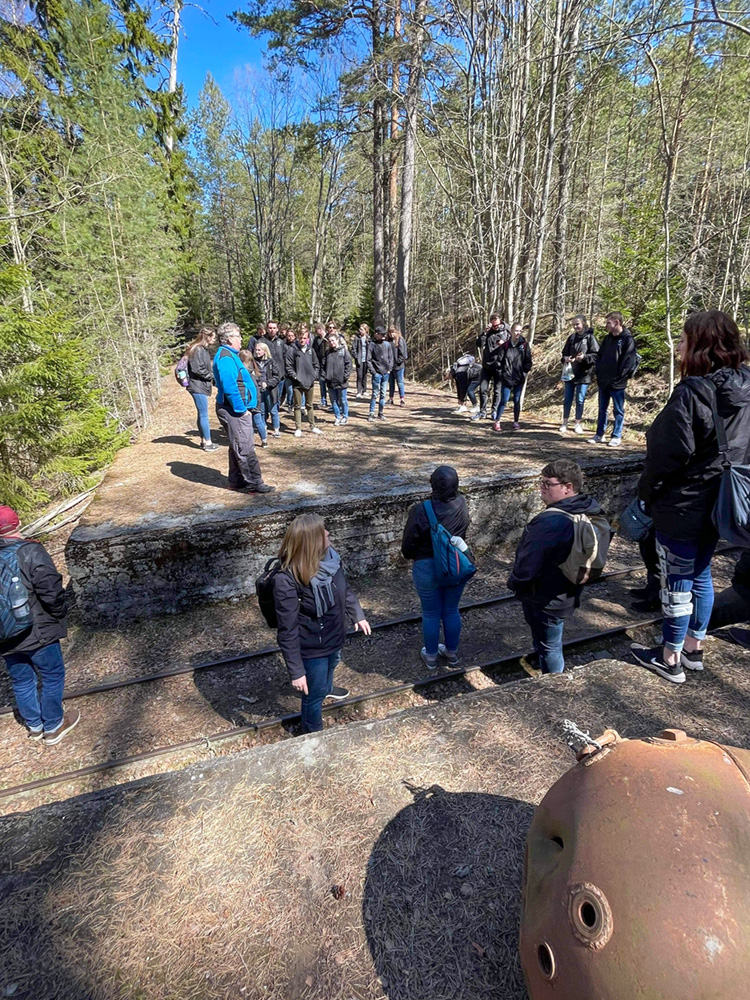 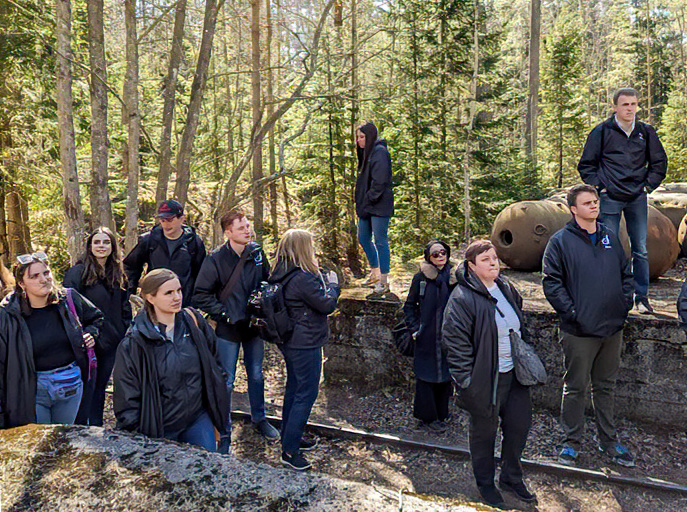 They ended their tour by visiting a chapel first built in the mid-1850s. It is now being restored. It was good to end the tour with something less war-related.

It was a very eerie feeling to be on the island that was a museum to the world wars. 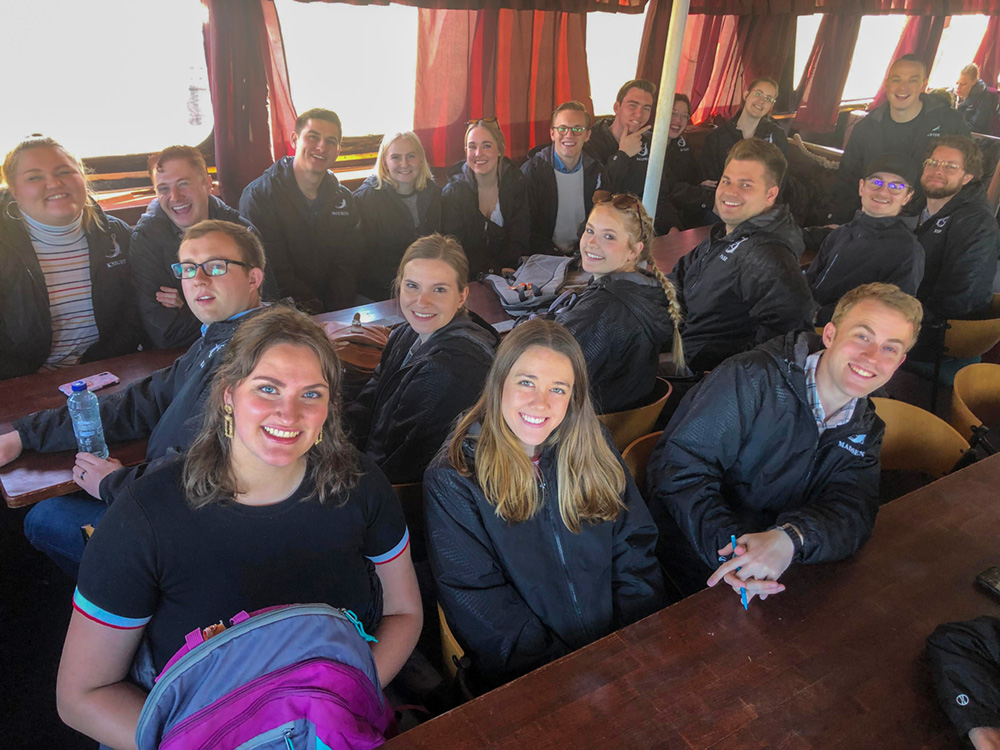 The choir was quite tired once they returned to the mainland, so Dr. Crane swapped tonight’s rehearsal with tomorrow morning’s free time. The choir was glad for the change, and after finding food some went back to their rooms to continue their hand wash with hope they could get their clothes dry before they have to pack up. 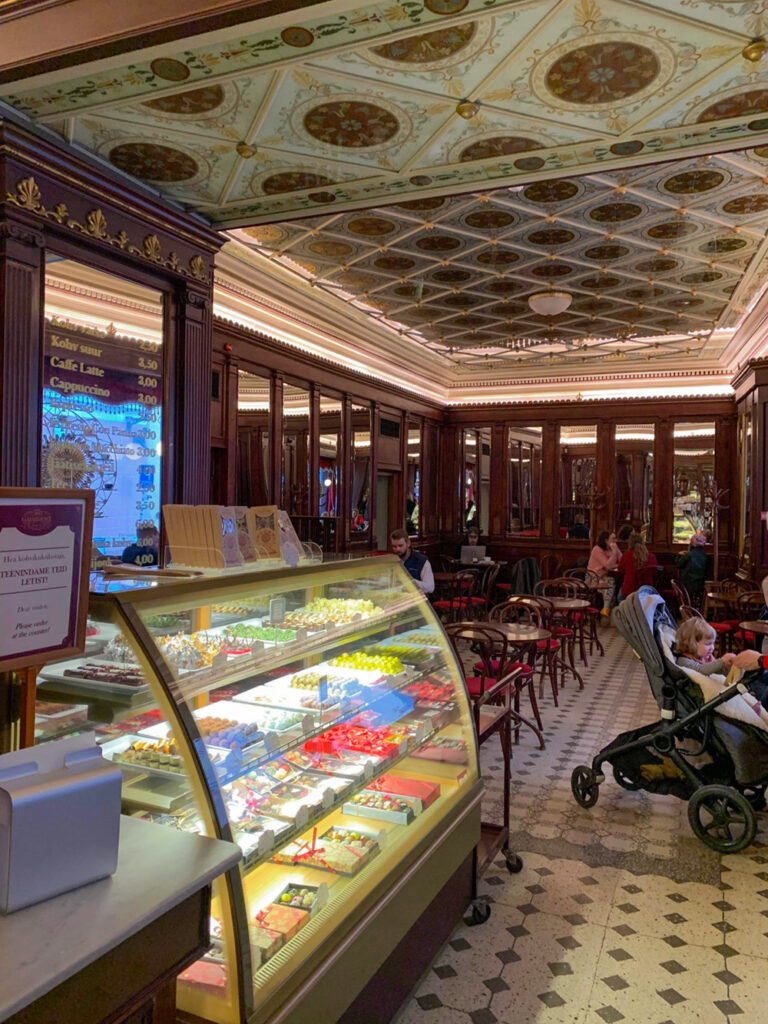 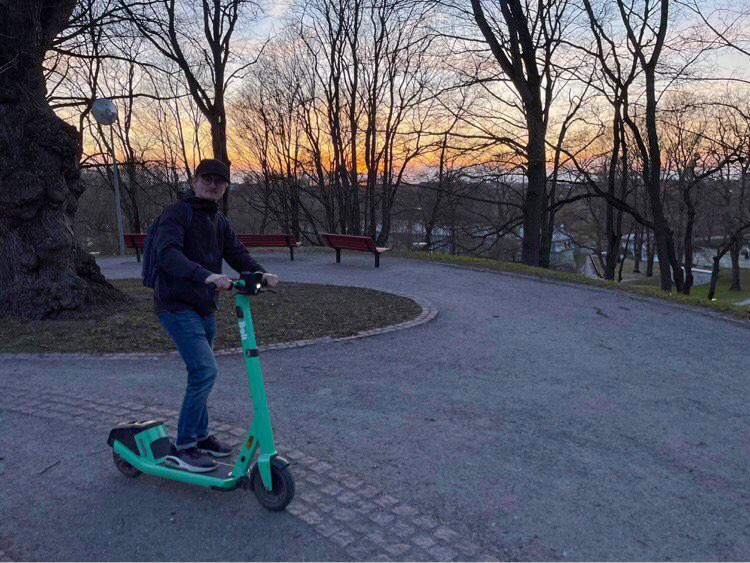 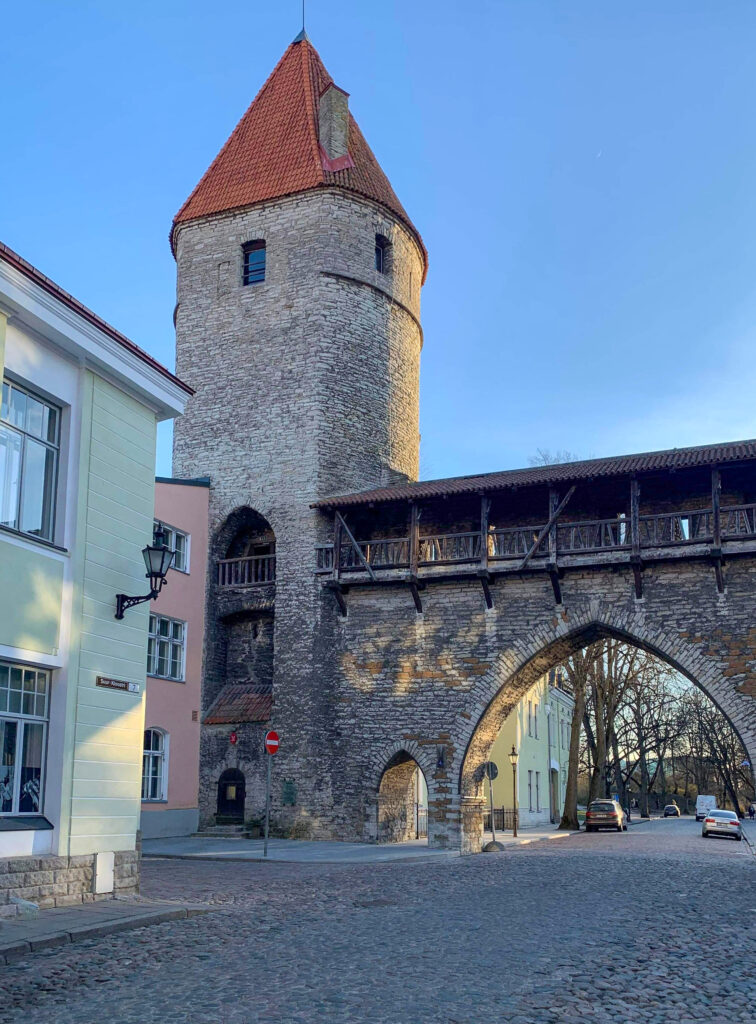