This morning we took our drive from Tartu to Ogre. It took a few hours (about three), and on the way we stopped at a gas station and saw a large Estonian biker gang. It was crazy. 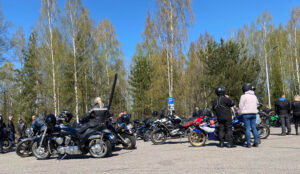 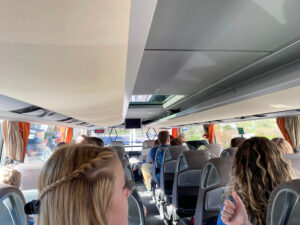 First glimpses of Riga from the bus

We arrived in Ogre and went directly to their cultural center. While everyone else went inside, a few of us men had to stay outside and search the luggage compartment for a suitcase containing the percussion equipment. We found it eventually, but it took quite some time! 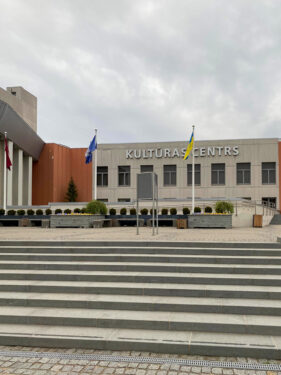 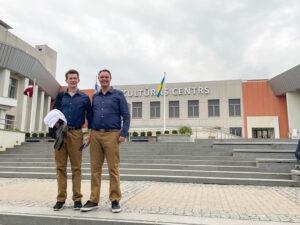 Once we were inside, the people of the cultural center (who have been looking forward to our visit for a long time) fed us a wonderful lunch and gave us time to get ready and practice for our concert. 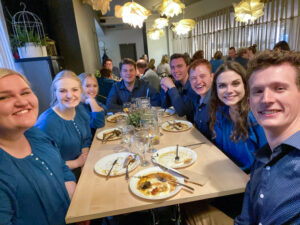 Smiles after an excellent meal!

The rehearsal was a little chaotic: our dear Dr. Crane wasn’t sure of the musical experience of tonight’s audience, and he worried a bit about the stamina of the choir members. Because of those uncertainties, he gave us a very long and eclectic list of music that we would be performing. While he eventually changed the list, the atmosphere during rehearsal was very charged and comical as he announced more and more music. The women of Singers had to learn, in less than an hour, an entire piece written in Latvian. They were exhausted but did a remarkable job learning such a difficult piece of music! We also practiced briefly with a six-woman choir that lives nearby; I do not recall their name but they were excellent.

Now, to the performance! We did pretty well, all things considered; here are a few standout things about the performance. One was that our bus driver, Juris, who is a native Latvian, doesn’t speak much of any other language. While he has attended several of our performances this past week, this was the first one that he would be able to really understand. He brought his family, including who looked to be his wife and daughter. Another cool thing about the performance was that in one of our spirituals, titled “I’ll Be on My Way,” Dr. Crane himself sang the solo and did wonderfully. A third great thing about the performance was a piano solo by our own CJ Madsen; during rehearsal, Dr. Crane  asked him to prepare something, but he exceeded all expectations by performing a (mostly improvised) fantasia on the Latvian National Anthem. Several people, upon recognizing the piece, stood up to honor their country as he played. He sounded AMAZING!!! Another fun anecdote from the concert is that when Dr. Crane said the name of the LDS Church, the choir woman interpreting didn’t know how to say it—so one of the sister missionaries ran up with her name tag. Dr. Crane gestured to the sisters and said that if anybody had questions about the church that they should talk to them! 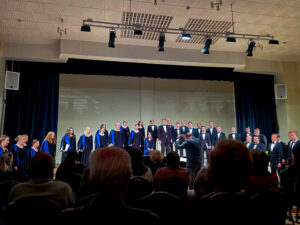 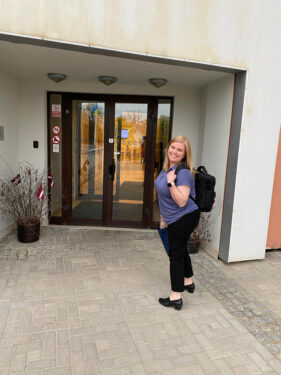 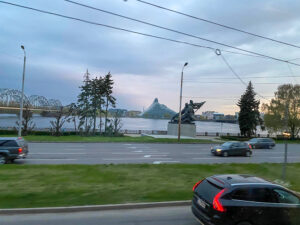 Seeing more of Riga on our way to the hotel 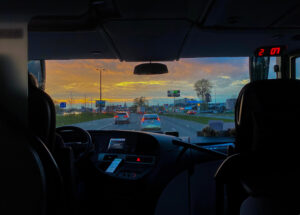 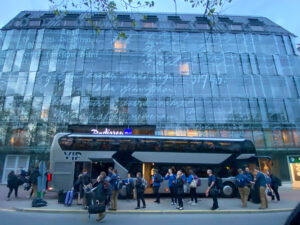