We attended two sacrament meetings today, one in Russian and the other in Latvian. The meeting times got a little confused, leaving us very little time to eat in between, but we were able to sing at both services. Luckily we had already learned “I Am a Child of God” in Latvian, but we learned it in Russian on the bus ride to the church—yes, we learned a song in Russian in two minutes right before the performance. It was great. 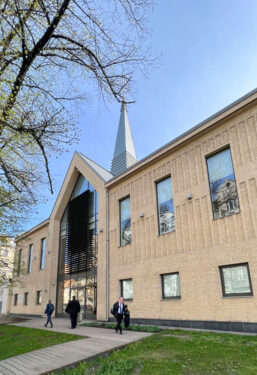 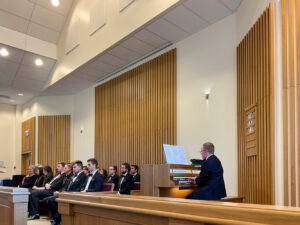 One of the church services

Some details that I noticed during the service: there was a really cute toddler playing around on the piano, as well as a deacon passing the sacrament and wearing a lapel pin with the Ukrainian flag. This was especially meaningful as it was during the Russian-speaking service; it felt especially tender. Jaws dropped as we sang, especially during the Russian service. We used small headsets during the service, through which a missionary gave the English interpretation of the meeting. It was pretty funny seeing how hard we all had to work to get the headsets working. The branch members were so, so kind to feed us lunch and dinner today. After the Latvian service, all of the women in the congregation received small yellow tulips, which were very cute and that we carried around throughout the day. 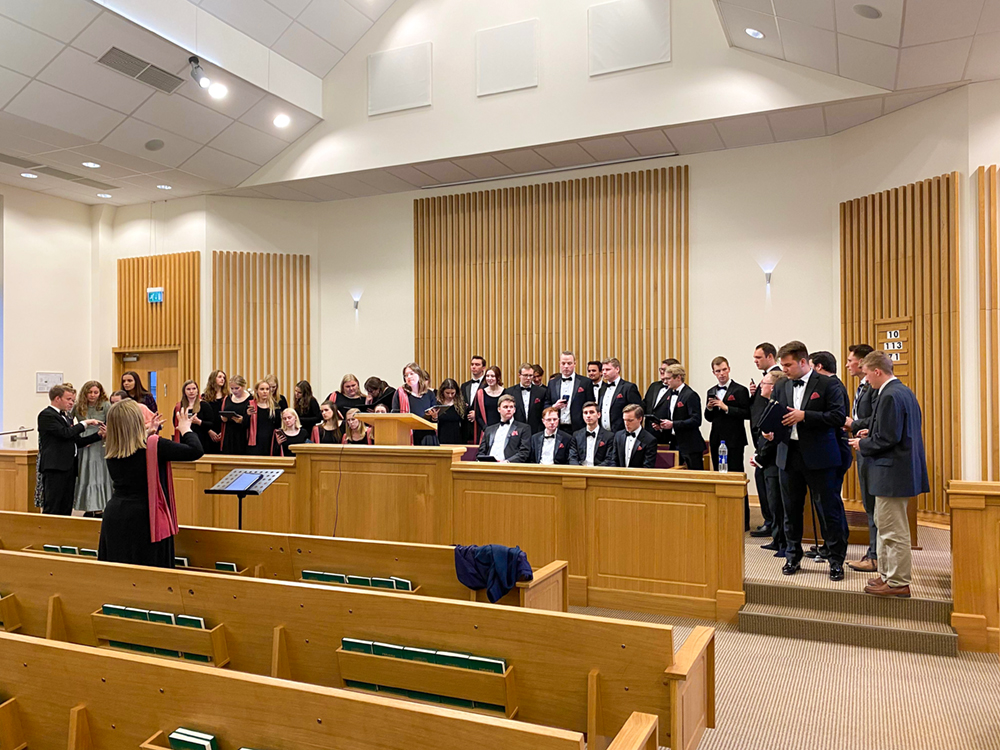 Recording the Mother’s Day medley that has flooded Facebook. https://www.facebook.com/BYUsingers/videos/366789115479640 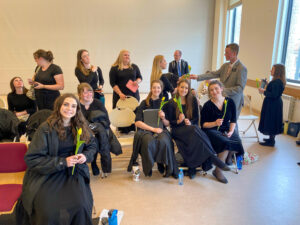 We had a good workshop with an up-and-coming Latvian composer, Eriks Ešenvalds. We sang one of his pieces at the ACDA Conference in March. He was a fun man to work with, and he was highly impressed at the Singers’ ability to sing his music in the way he heard it while he composed it. As Dr. Crane would say, he had a great time test-driving the Ferrari! We were exhausted, so it was kind of him to let us sit down during rehearsal—until we started yawning and falling asleep and he made us stand up again. He also tried to keep our attention by talking about his trips to America and telling jokes about life in Latvia. 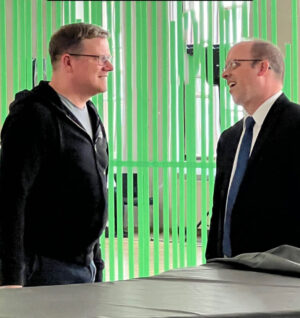 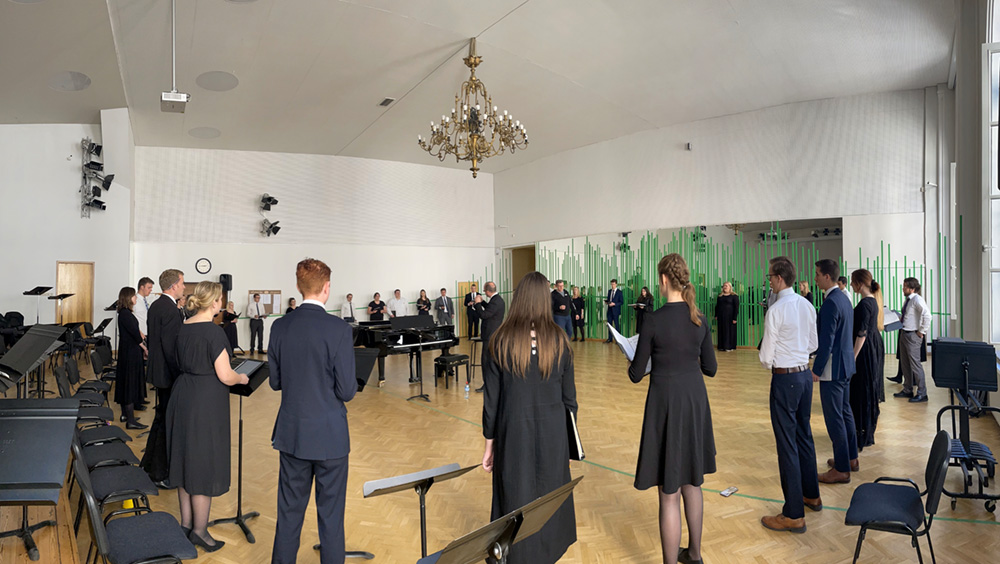 We had a brief break between our workshop and our pre-concert preparation, so many of us got more food or went back to the hotel for quick naps. But very soon we were back in the bus and then in the chapel. The concert was stunning, and I think we had a shockingly good turnout! There have been missionaries at every single one of our performances, and they told us today that our concerts are amazing opportunities for missionary work. During the concert, that SAME small boy who was messing with the piano during sacrament meeting came up to the bass section and walked around in between our legs for a few moments before his father came and grabbed him! Several toddlers, maybe some girls as old as 4 or 5, found it highly amusing to imitate Dr. Crane and wave their arms around during the concert.

After the concert, our interactions with the audience were so fun. Rachel Millett bonded with one woman and her young child, since it was Mother’s Day and Rachel was missing her own child. Another audience member, a girl of about 10 named Sasha, came up to Felicity Slade and told her how beautiful Felicity was. The girl said she had been watching her during the performance and wanted a picture with her. 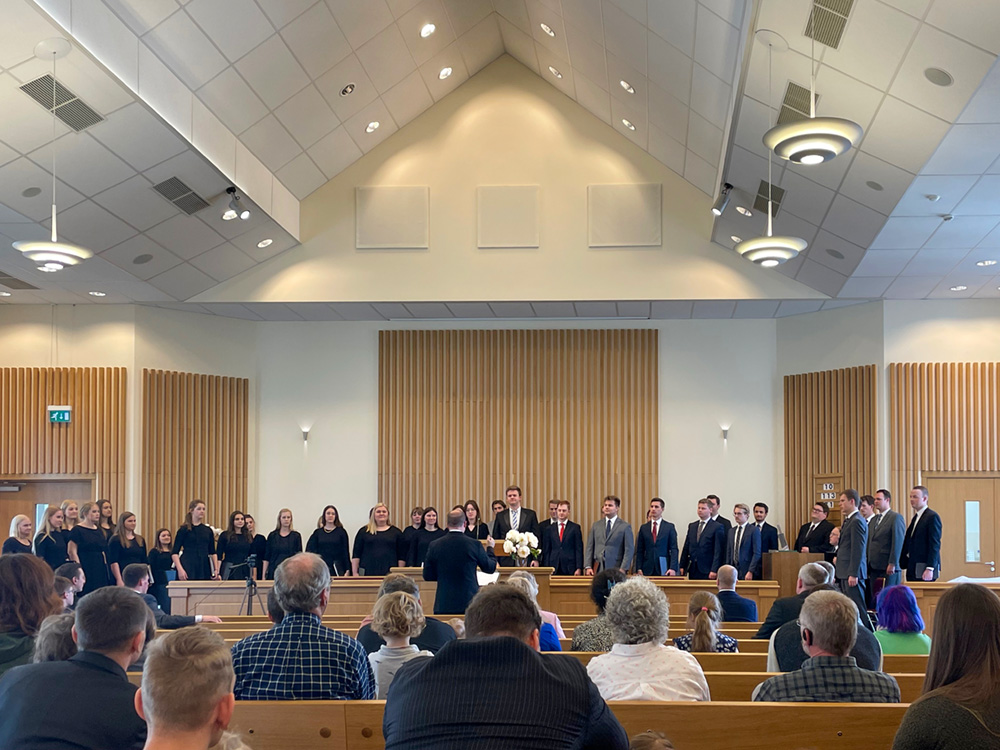 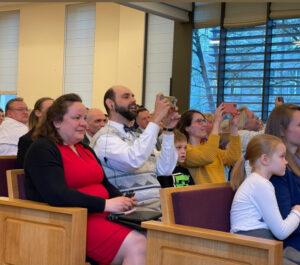 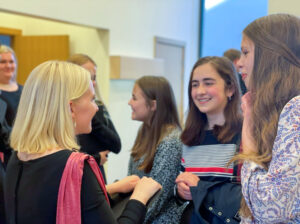 Grace greeting the audience after the concert 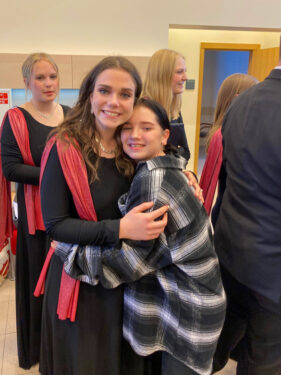 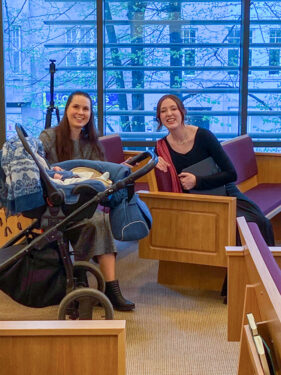 Rachel Millett with a young mother 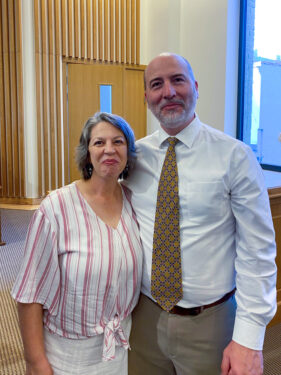 Diane Reich, Director of the BYU School of Music, and her husband, Steven, have joined the tour…and brought Dr. Crane’s missing suitcases to him. There was great rejoicing.

Riga is a beautiful city, and we are thoroughly enjoying our time here. 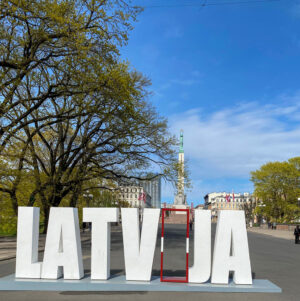 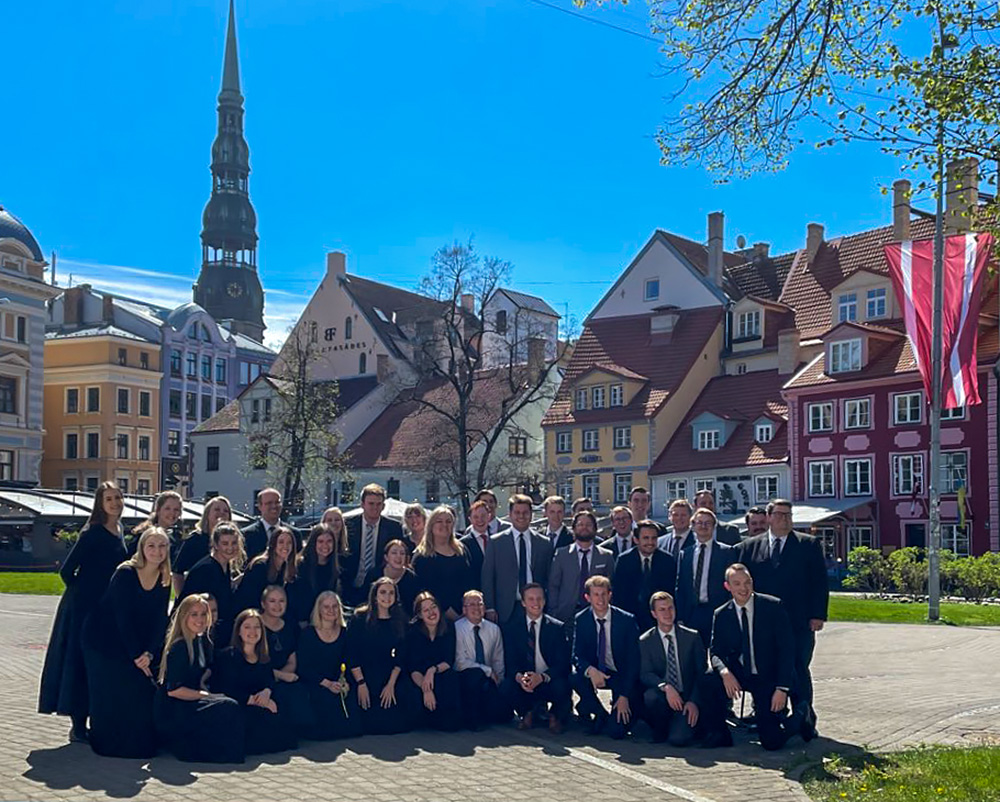