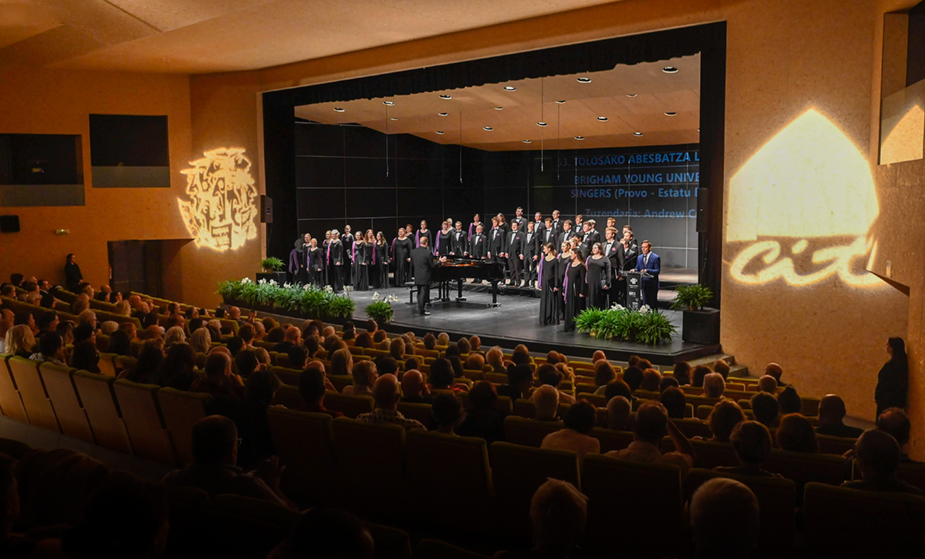 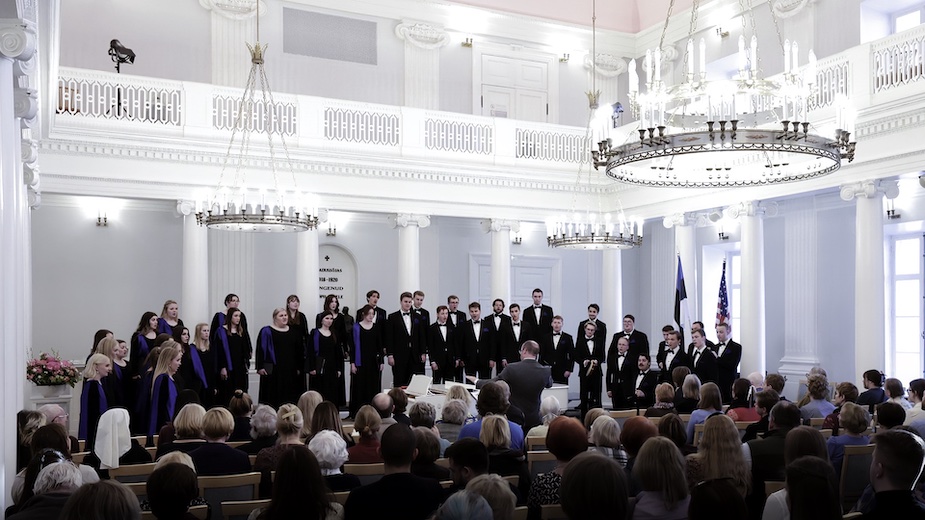 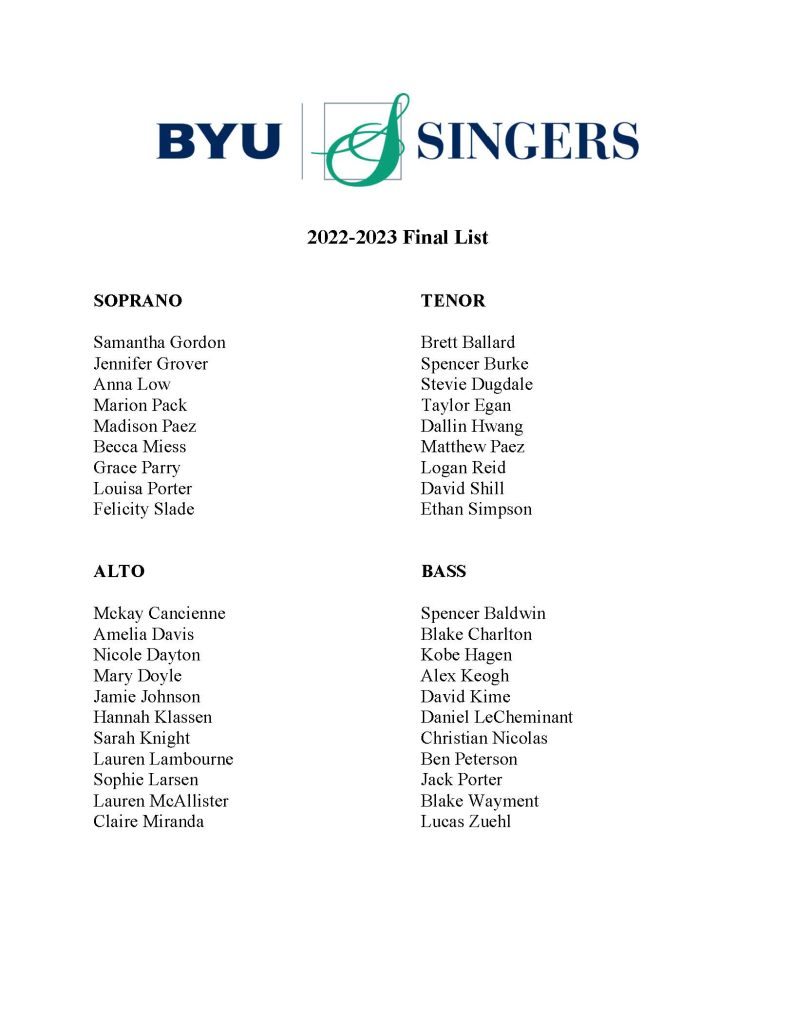 BYU Singers participated in the International Choral Contest of Tolosa in Spain in October 2022. 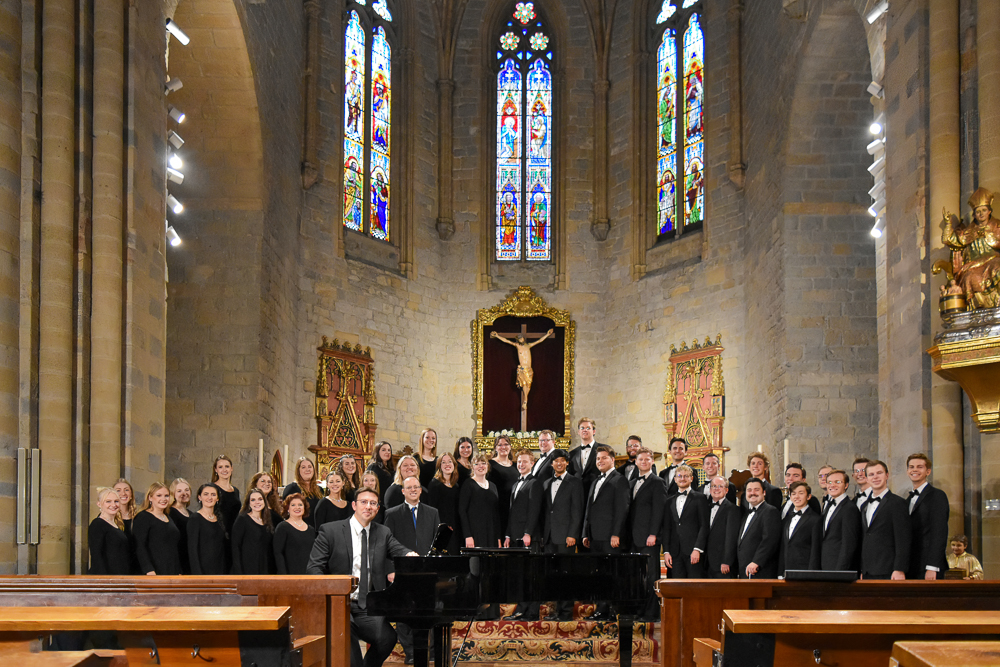 Brigham Young University Singers is an exciting choir with impressive voices and a wide range of styles. Conducted by Dr. Andrew Crane, the group performs pieces from nearly every musical genre as well as many original works written or arranged for the choir.

In May 2022, BYU Singers received multiple first place prizes at the 22nd International Stasys Šimkus Choir Competition (Klaipėda, Lithuania), including the Grand Amber award for best choir. In 2021, the group placed first in the mixed choir category, and earned the overall Gran Prix award in the International Youth Choir Festival “Aegis Carminis” (Koper, Slovenia). The ensemble will next compete in the 53rd Tolosa (Spain) Choral Contest in October 2022.

They have given concerts in some of the most prestigious venues in the world, including Carnegie Hall in New York City, the Kennedy Center in Washington, D.C., the Sydney Opera House and Town Hall, the Kauffman Center in Kansas City, the Hanoi Opera House, the Kapella in St. Petersburg, the Musikverein in Vienna, and the Walt Disney Concert Hall in Los Angeles. They have traveled throughout the United States and to 27 countries including Russia, Germany, Switzerland, Italy, England, Egypt, Australia, Ghana, Ireland, China, Indonesia, Vietnam, and the Baltic states. The choir was the United States representative at the Fourth World Choral Symposium in 1996, performed at the inaugural conference of the National Collegiate Choral Organization in 2006, and participated in the 2009 Cork International Choral Festival, where they received the PEACE Award, an honor given to the audience’s favorite choir. BYU Singers has performed numerous times at state, national, and regional conferences of the American Choral Directors Association, National Association for Music Education, and National Collegiate Choral Organization since 1985. The choir appeared on national television in four programs created for the Corporation for Public Broadcasting. BYU Singers was founded in 1984 by Ronald Staheli.

BYU Singers consists of around 40 students pursuing a variety of graduate and undergraduate degrees in such areas as statistics, accounting, social science, engineering, and music. The ensemble originates in the School of Music of the College of Fine Arts & Communications at Brigham Young University in Provo, Utah. BYU is one of the nation’s largest private universities with an enrollment of more than 30,000 students from all parts of the United States and 120 foreign countries.