Our final day to sightsee had arrived. We spent the morning on a 45 minute boat ride each way to and from Robben Island, where Nelson Mandela was incarcerated 19 of his 26 (I think) years in prison. A former political prisoner who was held there was our guide, and he emphasized the horrible conditions that we could plainly see. It’s very good that chapter of history is done with, but we are all very aware that the country is still adapting to it. 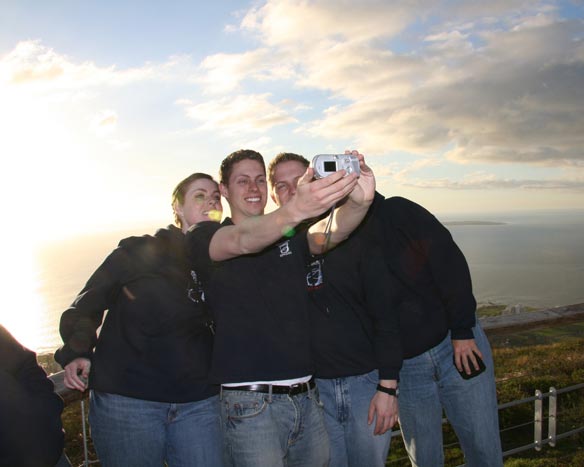 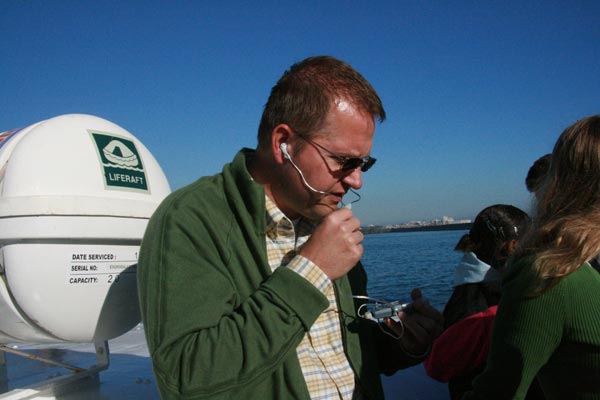 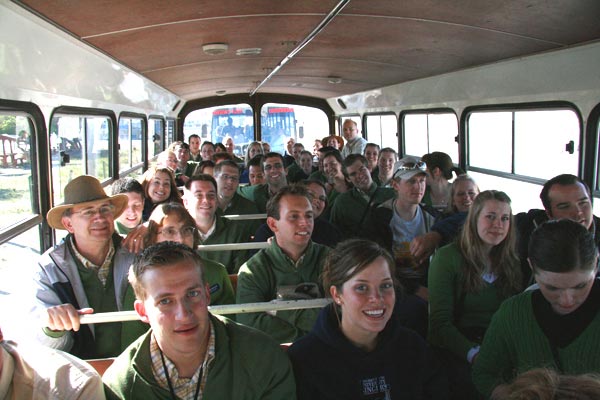 Then came the final concert. Emotions were high, but the choir didn’t let that get in their way of a wonderful concert. Even with two concerts, they couldn’t sing all the repertoire they brought on tour. There were 50 pieces, for those of you who don’t know the count. A few of the favorites were repeated from the night before, but most of the concert was new. Dr. Staheli added to the excitement of the evening by hanging his tux too near a light in the dressing room. Yes, it burned a hole in the back. He was very ingenious, and patched it with a swatch of fabric cut from inside where it didn’t show—Super Glue to the rescue. From the audience it just looked like a small wrinkle. But I do believe a new coat with tails will be purchased before fall semester begins. He also engineered a makeshift sound shell with some scenery and banquet tables, and that helped the choir hear each other better than the night before. It was a beautiful concert, and a fitting ending to the concert part of the tour. The standing ovation photo was taken by lifting the camera above my head and hoping for focus and composition, but it gives a feeling for how the audience loved the concert. 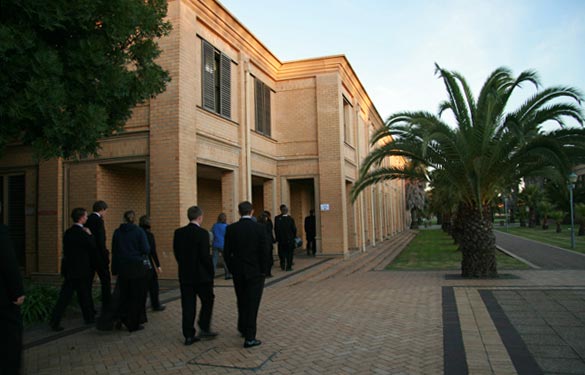 Walking towards the final concert 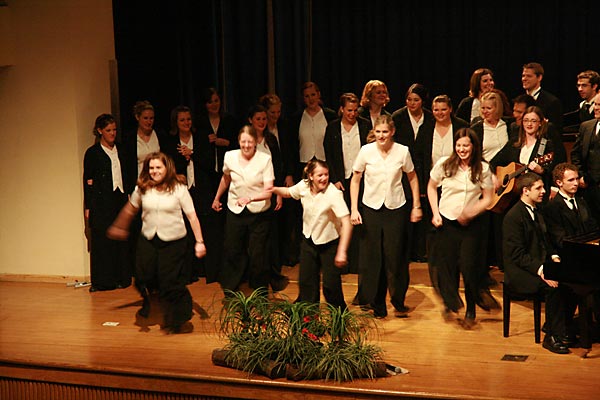 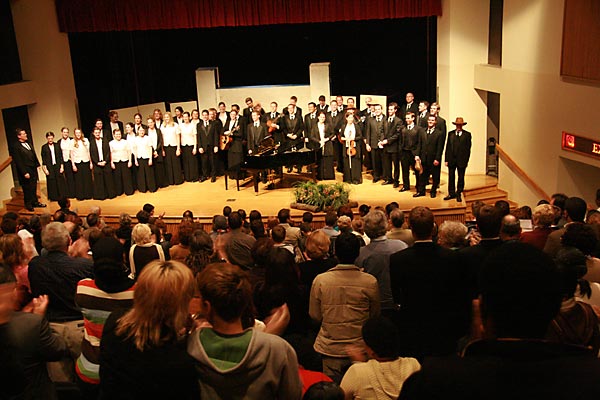