There is nothing like a morning at the Great Wall to really feel that you are in China. It took quite a while to reach the area, as we are still contending with holiday traffic. But it was well worth the wait—beautiful and truly awe-inspiring. We were told that Chairman Mao is frequently quoted in his saying that “ If you haven’t been to the Great Wall, no one can be regarded as a hero or heroine.” BYU Singers may now be considered for that designation. 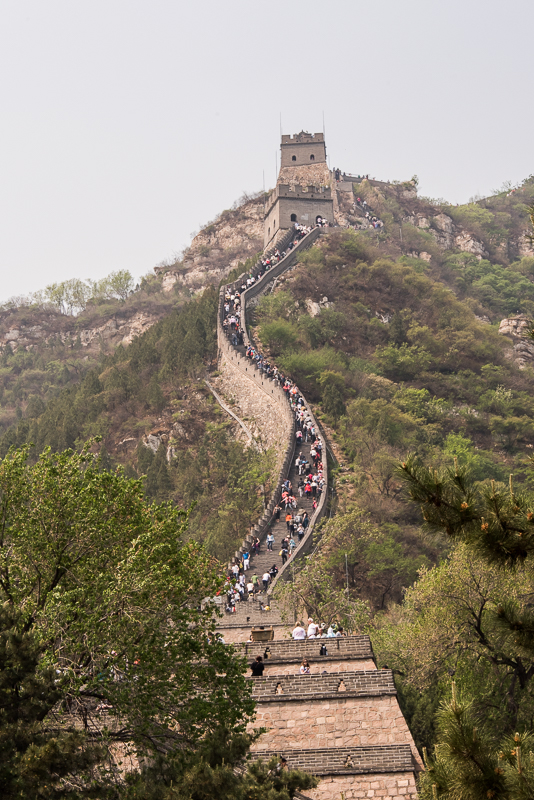 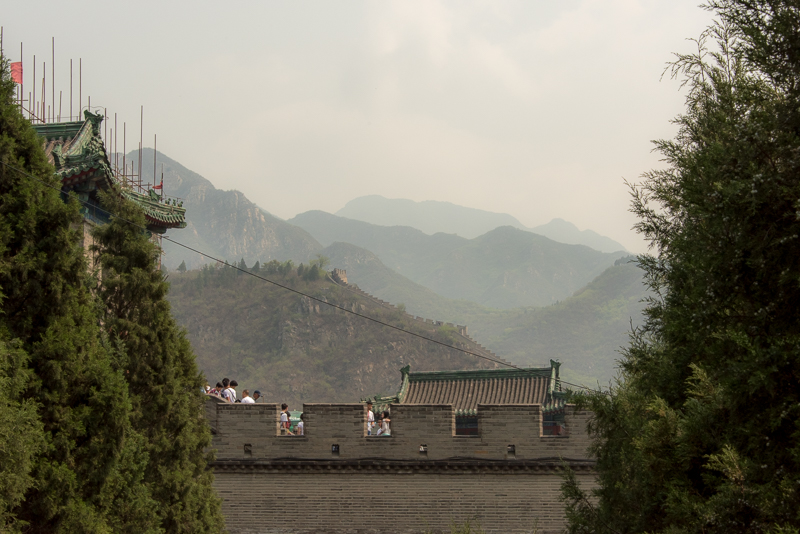 We began with a short concert, made shorter when we were not allowed to sing in the chosen place where people would have heard it. It was a beautiful place for a photo, though. 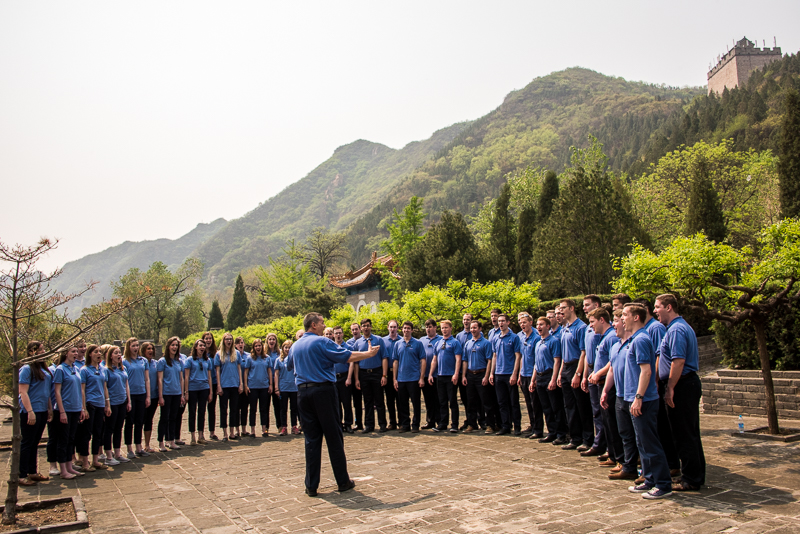 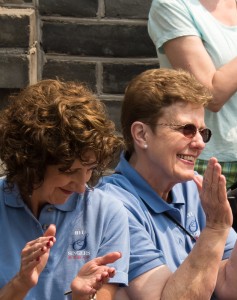 The choir was then turned loose to climb the wall, which needed to be done in record time to keep to our schedule. Many made it all the way, safely navigating the very high and uneven stairs, ramps, and crowds. There was an incredible view from the top. You certainly could see why people bring a meal or two, stake out a spot on the mountain, and just enjoy the beauty of the area. 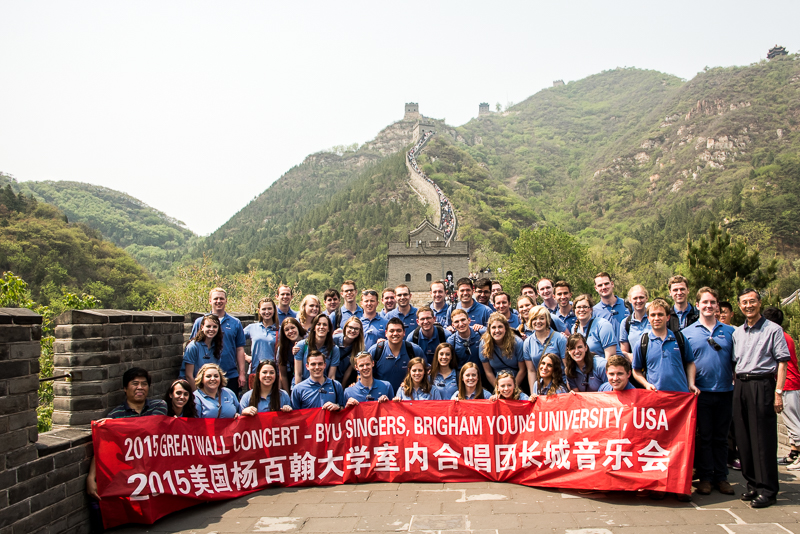 We stopped for a delicious Chinese meal not too far away that was located in a jade showroom. All of us stopped to examine the statues and jewelry on our way out, and some of the jade accompanied us out.

Once on the road again we stopped briefly to see the Olympic venues. Everything is larger in person! We raced home, changed into concert attire, and drove to the spot where dinner was supposed to be waiting for us. We did eventually get it, just not as quickly as had been planned.

We then fought traffic to reach our concert site, arriving just as the concert was scheduled to start. There were three featured choirs, including Singers. Each sang 3 songs, and then started the rotation over again. We quite enjoyed hearing the very different tone colors they used in their repertoire. The two Chinese choirs and the audience absolutely loved Singers; they were wildly enthusiastic about “Wade in the Water”, “Wonderful World”, and a Chinese folk song. They demanded and received two encores before Dr. Staheli declared the evening over. More flowers, and some group shots along with many spontaneous photos finally ended the evening as the choir needed to return to the hotel to pack up for an early departure Sunday morning. Our time in Beijing is coming to an end, but we are excited to see what adventures lie ahead. 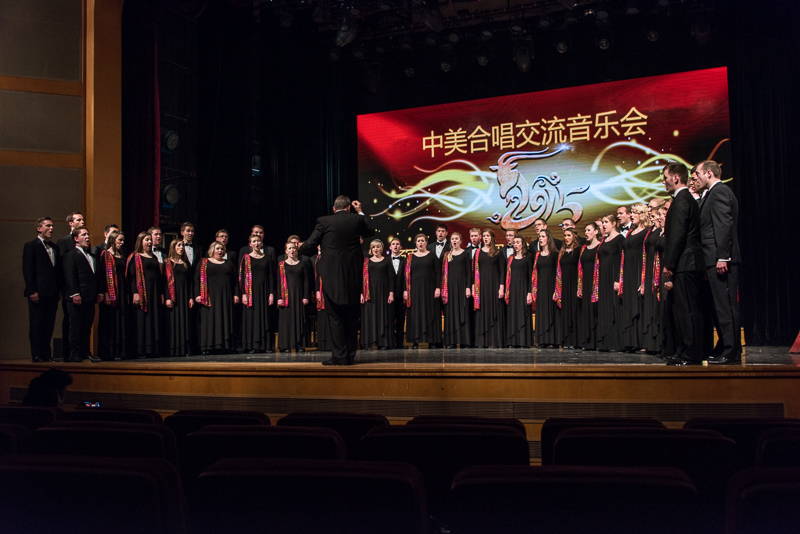 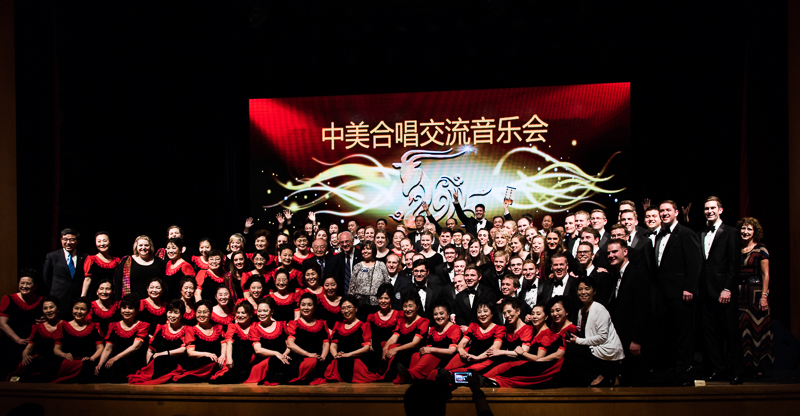 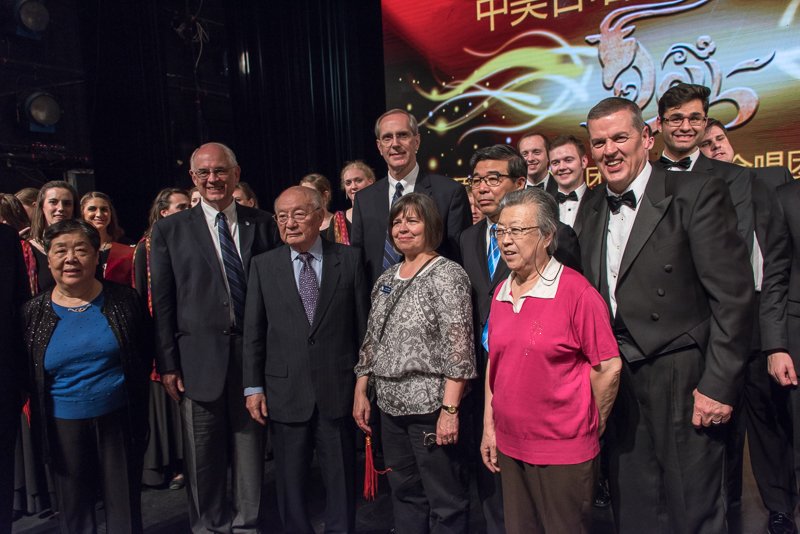