April 10 & 11 BYU Singers combined with Women’s Chorus, Men’s Chorus and Concert Choir–and also the Philharmonic Orchestra–to perform a filmed concert that will be broadcast on TV at a date yet to be announced. There needs to be just a little editing done first!

This will also be issued as a CD, and at some point as a DVD. As this is the first filming since April 1999, it was a big event for all involved. Thursday night all the groups filmed without an audience for 5 hours so that the artistic director, Scott Eckern, could stage the choirs and the set a little differently. Below are photos of stagings you would never have seen in person had you attended Friday or Saturday night. 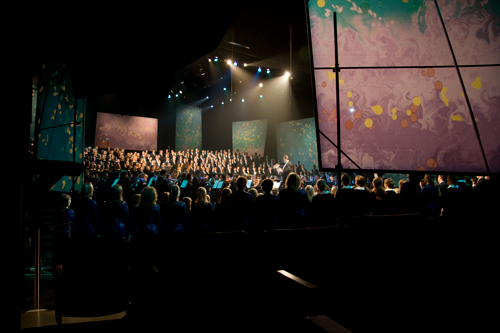 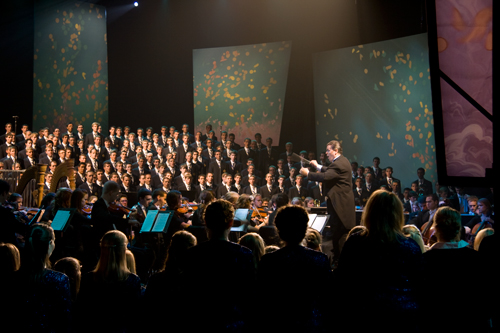 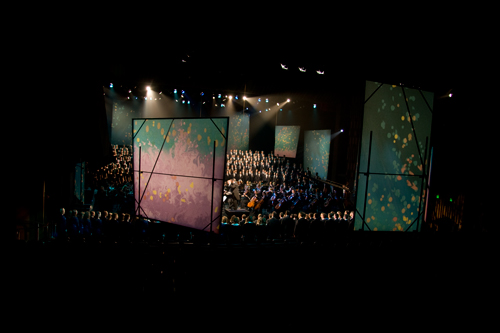 Shot from the back of the hall 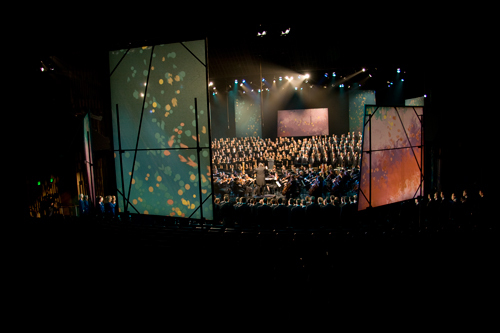 BYU Singers and Concert Choir stood in the first few rows of the audience, thus creating a kind of surround sound. This also allowed the cameras to photograph their faces, as they stood along the sides of the concert hall during the performances and could not be lighted nor easily filmed. This is the first production BYU has filmed in HD, and it was very interesting to watch the filming up close. The lighting was very beautiful, and the music was gorgeous. We look forward to having this released in all its different versions. An announcement will be made on the BYU Singers website when dates are known. Meanwhile, enjoy these shots. 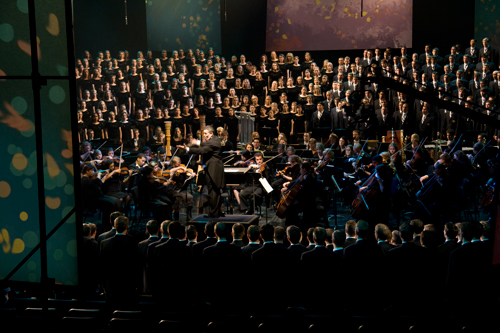 The panels changed colors during the evening, and gave a very interesting feeling to the pieces performed. Combined with the slight smoke in the air that softened the lighting, the stage and the choirs in front looked quite beautiful. 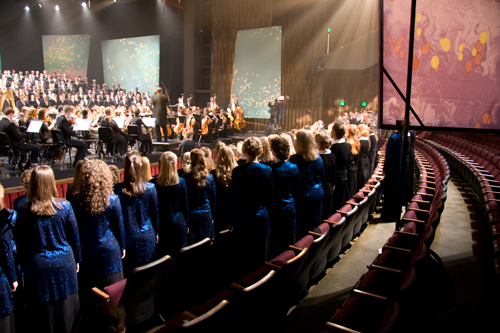 I stood on an arm of a chair (shhh--don't tell anyone) to get this perspective.

The two photos above and below were the only ones shot from this angle not blurred by my falling off the arm of the chair. 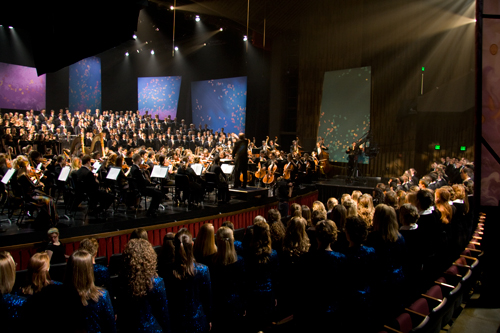 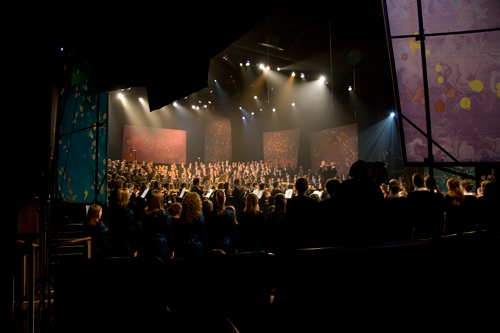 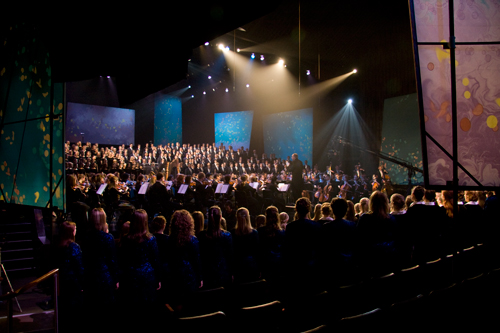 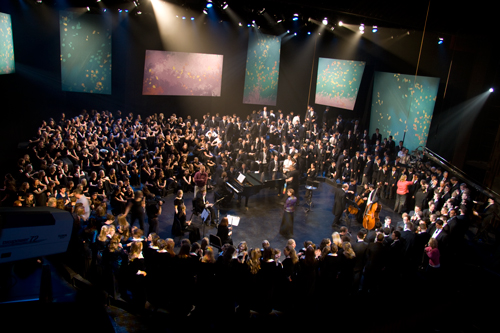 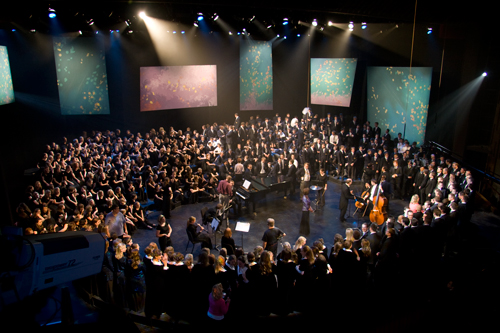 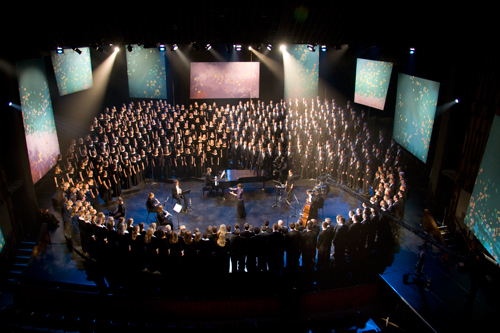 Rosalind Hall conducting "Have I Done Any Good?" 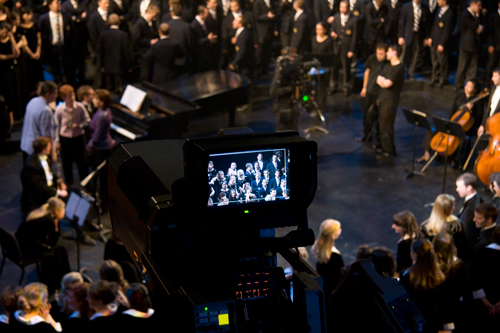 View from a camera in the loge 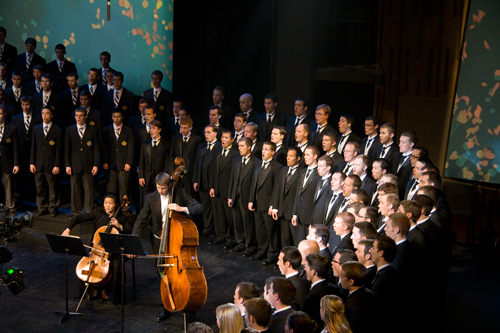 Some of the men