Today’s tourism highlight was several hours spent in Bath, the most beautiful and historic city in England. Judging by the mobs of tourists we walked around and through and beside, the secret’s out. The city was first established as Aquae Sulis (the waters of Sulis) by the Romans sometime before 65 A.D. Baths and a temple on the surrounding hills were built around hot springs, and served as a real gathering place for people from all over the Roman Empire. We took a two-hour self-guided tour around their excellent museum/recreation with one of those players that you can key in which bit of information you wish to hear. The whole thing was very well done, and was fascinating. 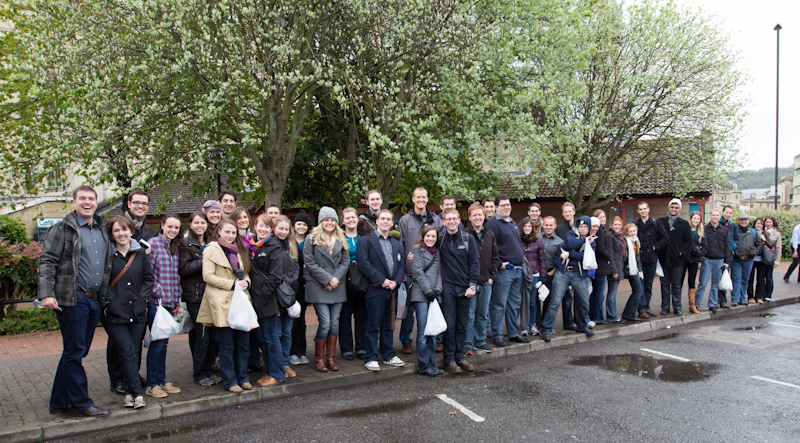 Waiting to walk into Bath 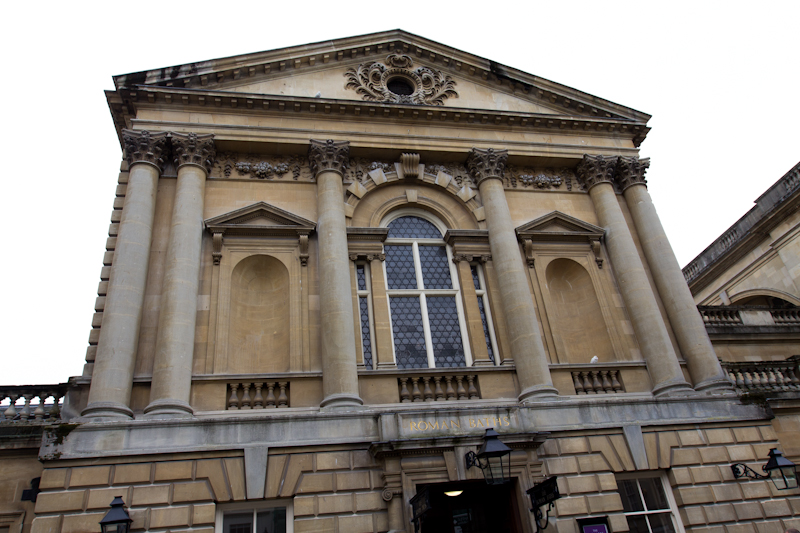 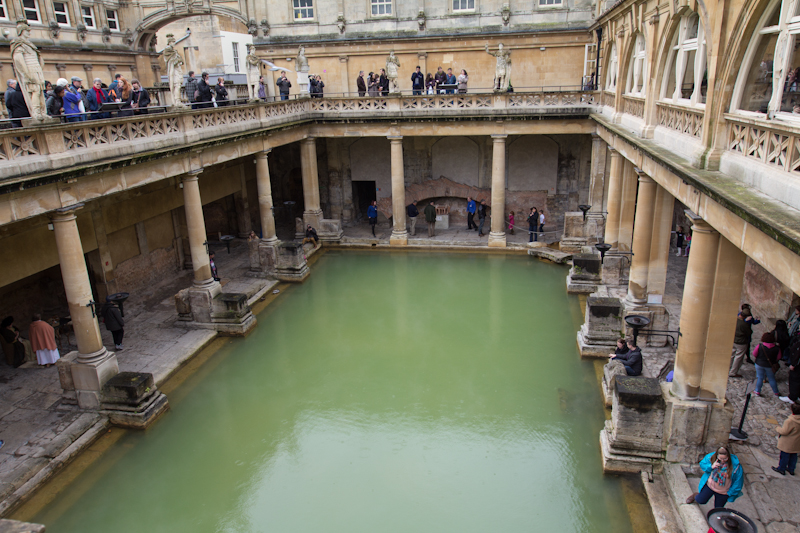 Main pool, now filled with algae along with water 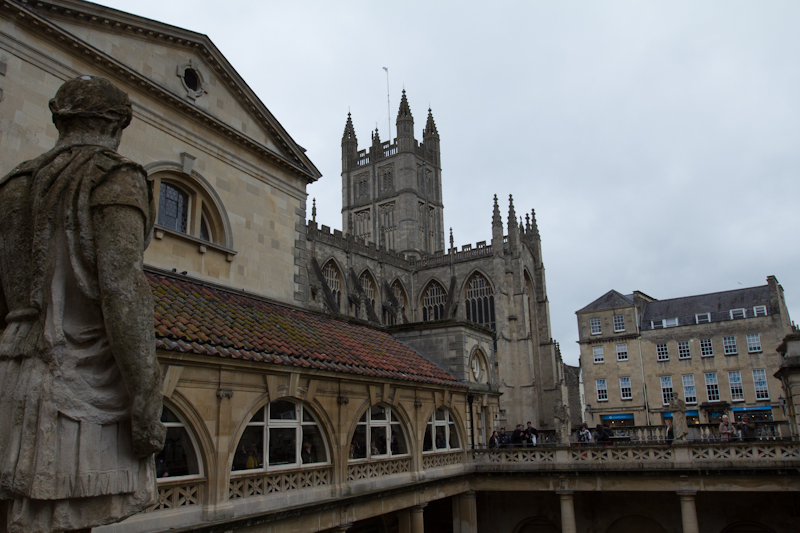 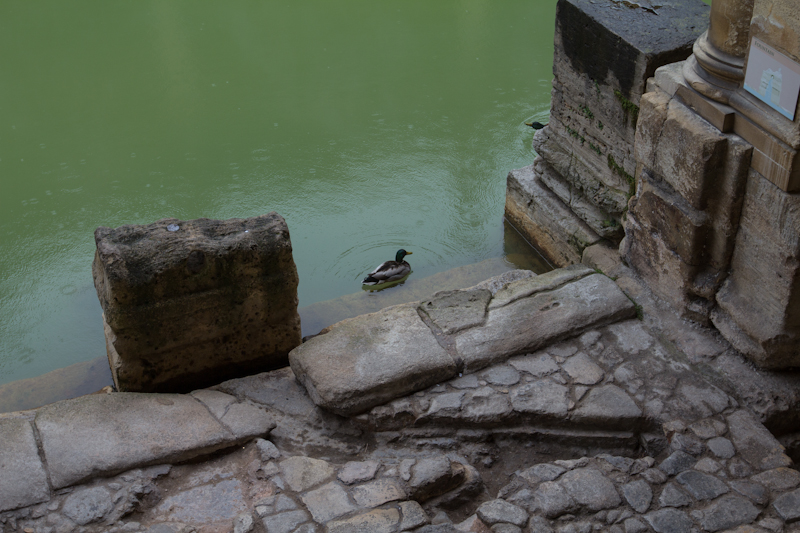 The only living creature in that pool

The Roman buildings fell into disrepair after 400 years or so, and the baths filled with silt. Today’s roads are 6 feet higher than the Roman roads. Bath Abbey was a Norman church built on earlier foundations, although the present building dates from the early 16th century. I quite liked the angels climbing up the ladders on either side of the front. 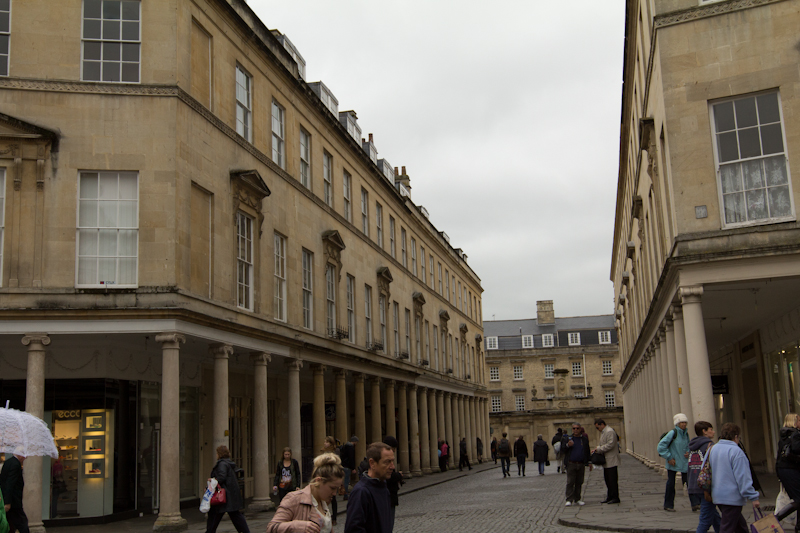 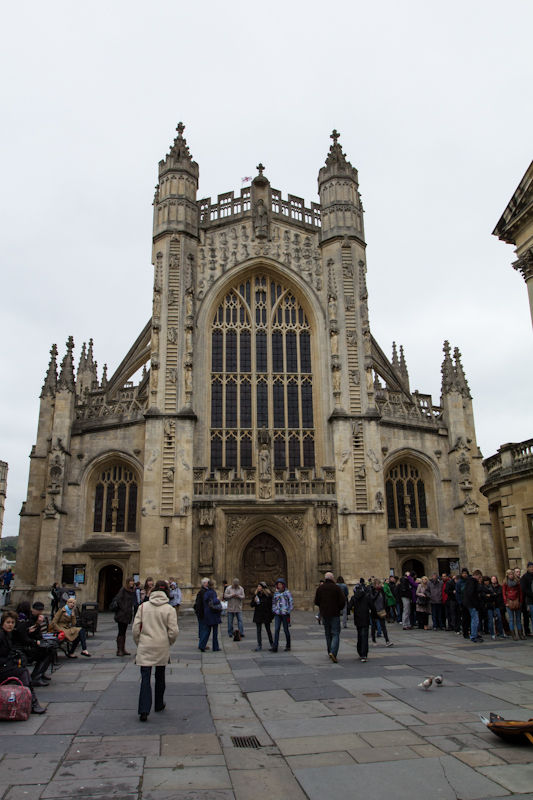 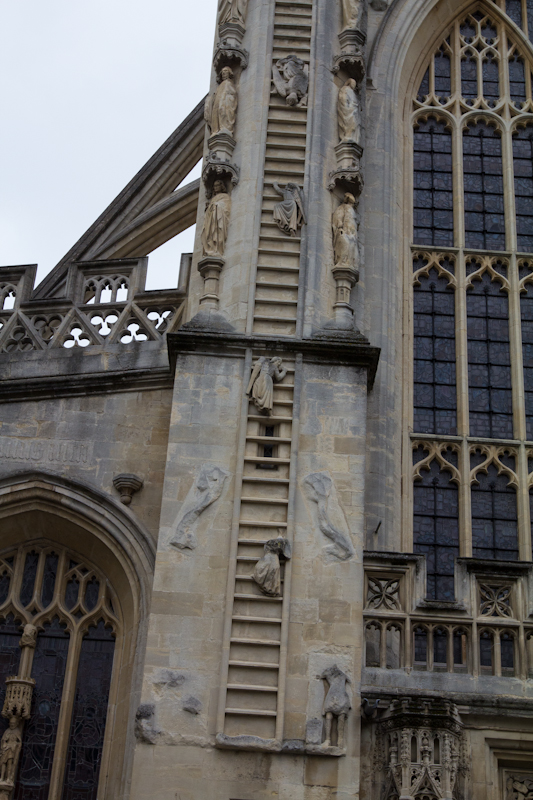 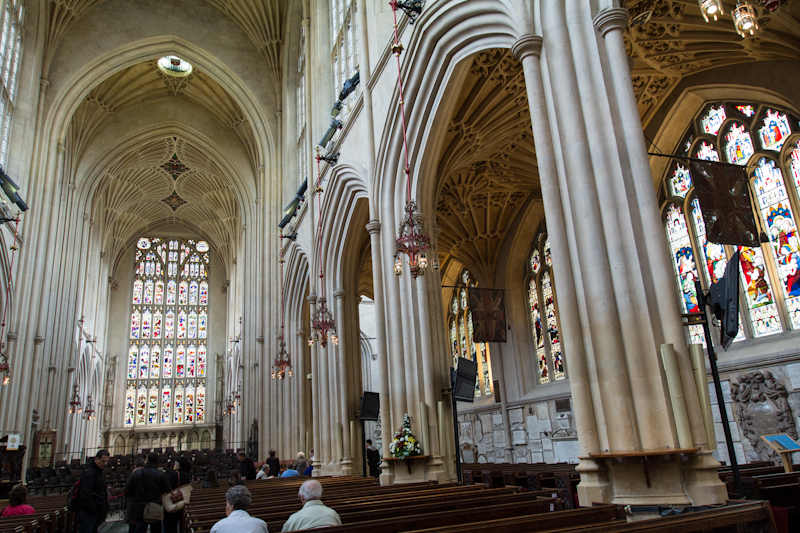 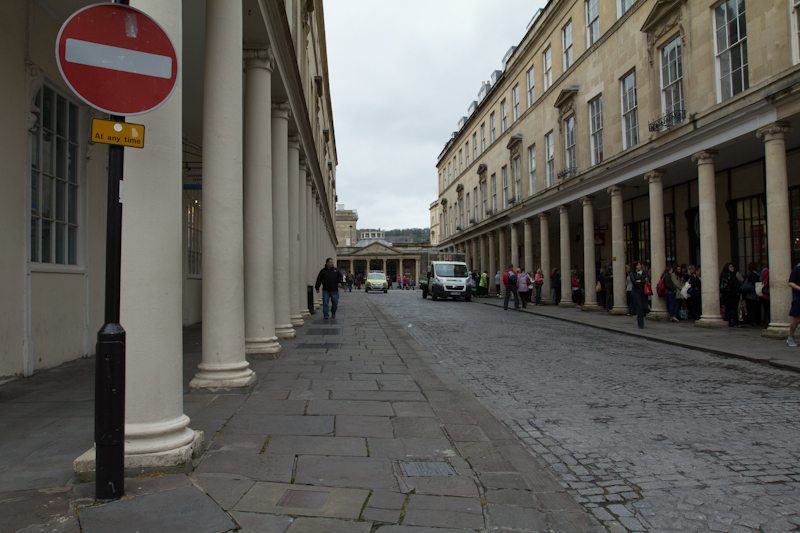 Later on Bath became quite popular as a spa town, and the Londoners loved to travel there during the Georgian era. Those of you who read or watch Jane Austen books/films would recognize much of what we saw today. We were not able to see the Royal Crescent or Circus houses as traffic was fierce and we needed to arrive in Bristol in good time to rehearse. But it was a fun few hours seeing the beautiful buildings, all built with the yellow Bath stone. 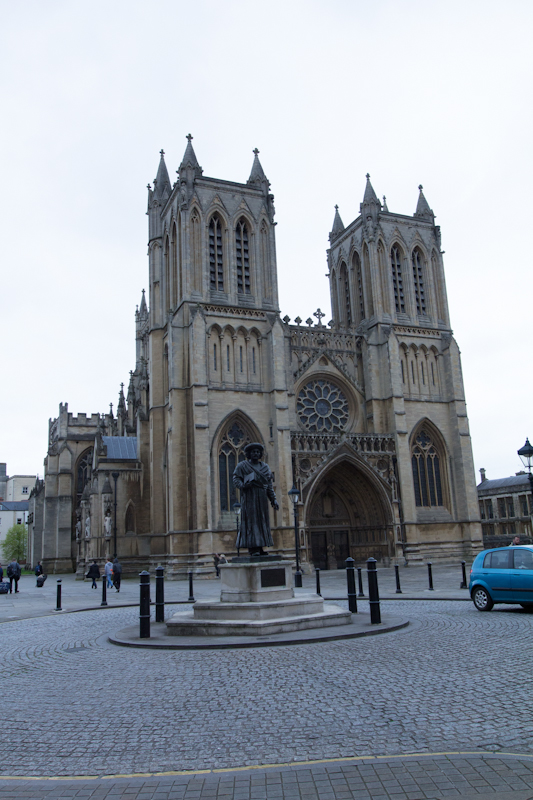 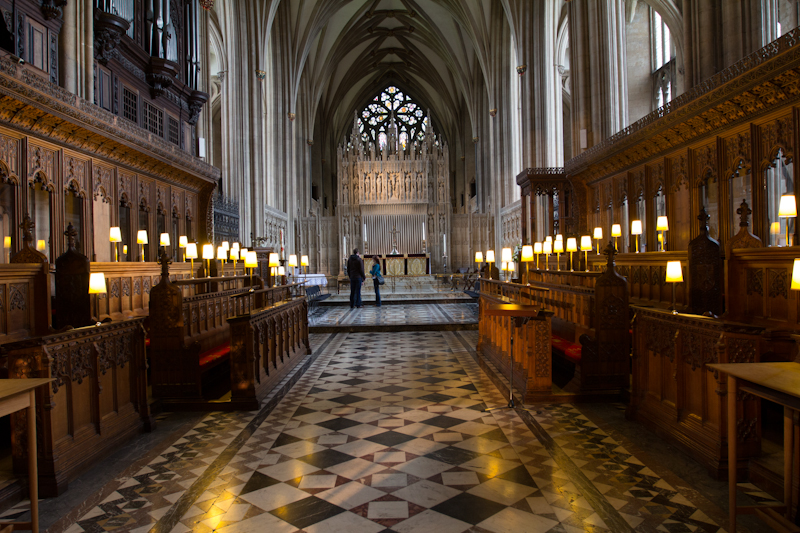 Choir seats behind where Singers performs 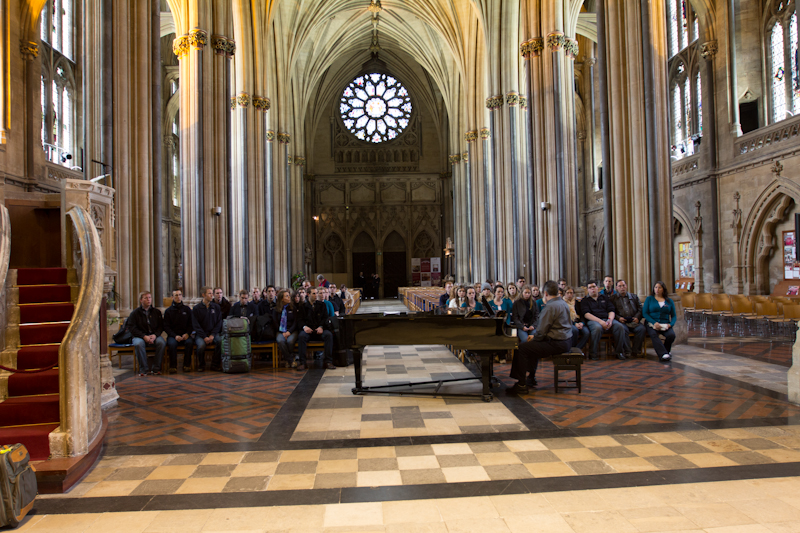 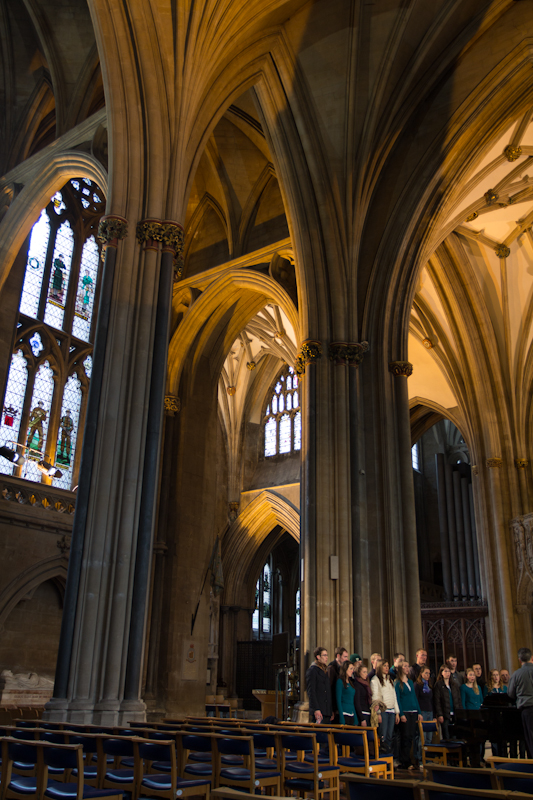 The beauty behind as they rehearse

They were ready for us in Bristol, and the choir moved quickly into the rehearsal in the Bristol Cathedral. Our Bon Voyage Concert was one week ago tonight; we’ve learned a lot about how to make tour run smoothly since then! Dr. Staheli used the acoustics and space of the cathedral to separate the multiple choirs of the Renaissance pieces, and they were even better than last night. There is nothing quite like performing Renaissance music in the kind of building for which they were written. 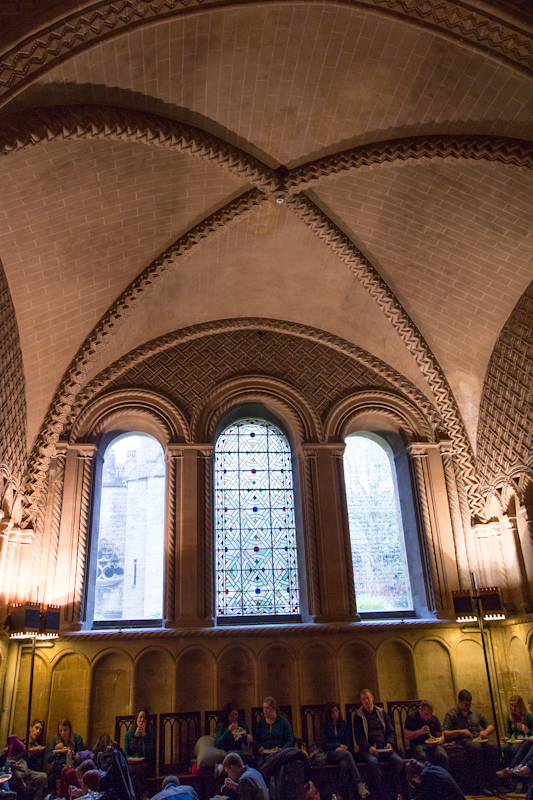 Dinner in the Chapter House

There was a good dinner in the Chapter House that dates from the 12th century (the Chapter House, not the food.) Quite a beautiful room. Then a quick change, a devotional, and on to the concert. 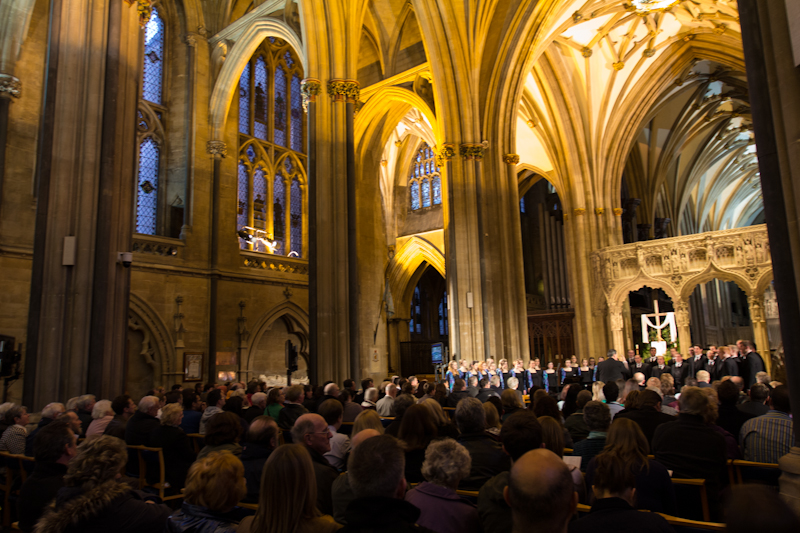 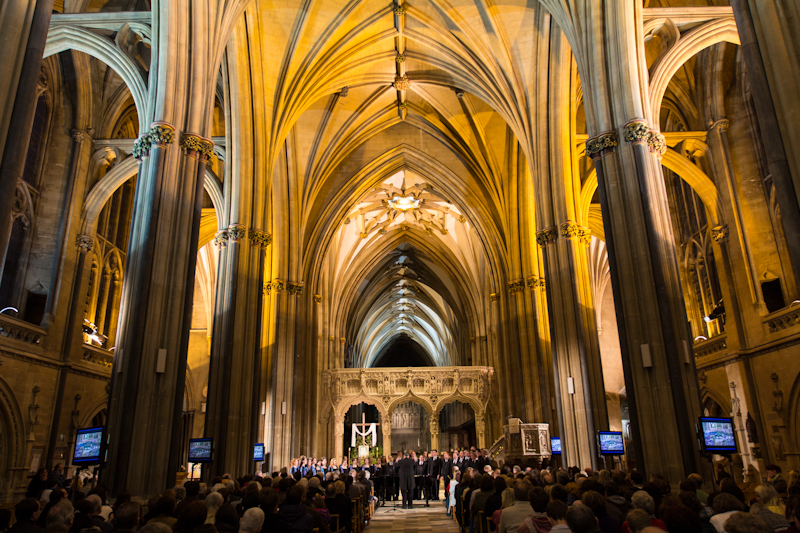 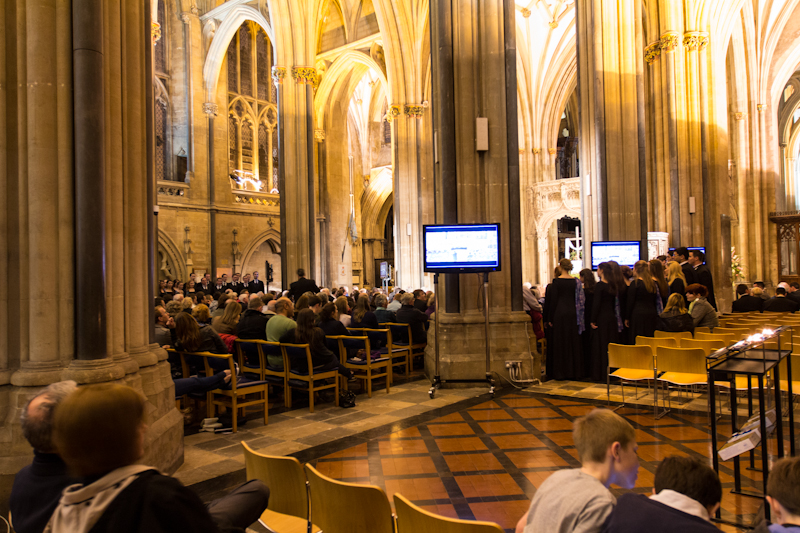 Several hundred were in the audience, and all seemed to really appreciate the music. As always, they particularly loved “Come, Come Ye Saints” and “Jerusalem.” Tonight “Children Will Listen” and “Hold On” were also audience favorites. But there was very enthusiastic applause throughout, and a quick standing ovation after. 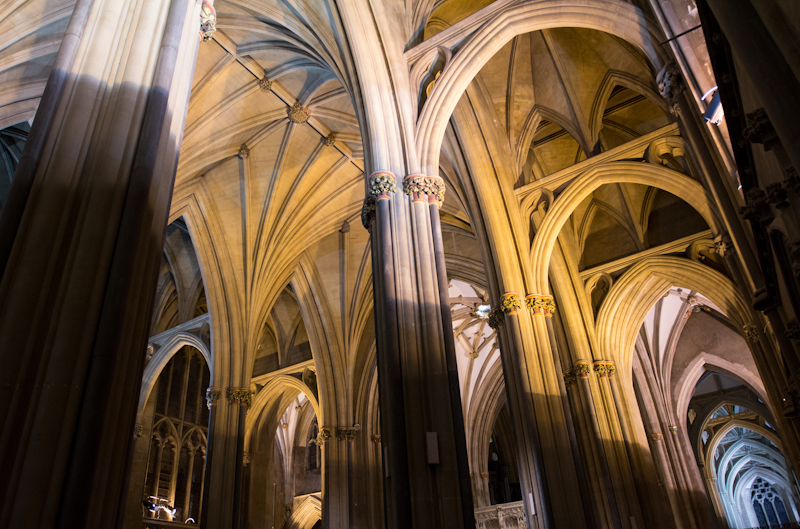 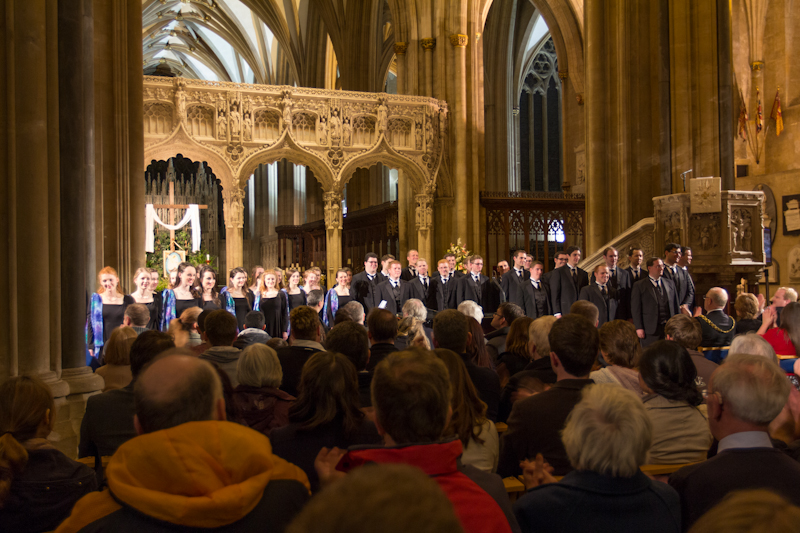 After singing "Hold On"

The choir members met their host families after the concert, and soon were wheeling their suitcases out to cars to go home for 2 nights! It will be absolute luxury to stay two nights in the same place for the first time since tour began. It’s been a great tour so far, but a tiring pace. It will be good to relax a little tomorrow and attend church services with our hosts.