After our long travel day yesterday, we were delighted to check into a very nice hotel that will be our home for five (!) nights. Any of you who have traveled much or especially have toured with BYU choirs knows what a true luxury it is to stay in one place more than one night, let alone five. We are enjoying this while it lasts! 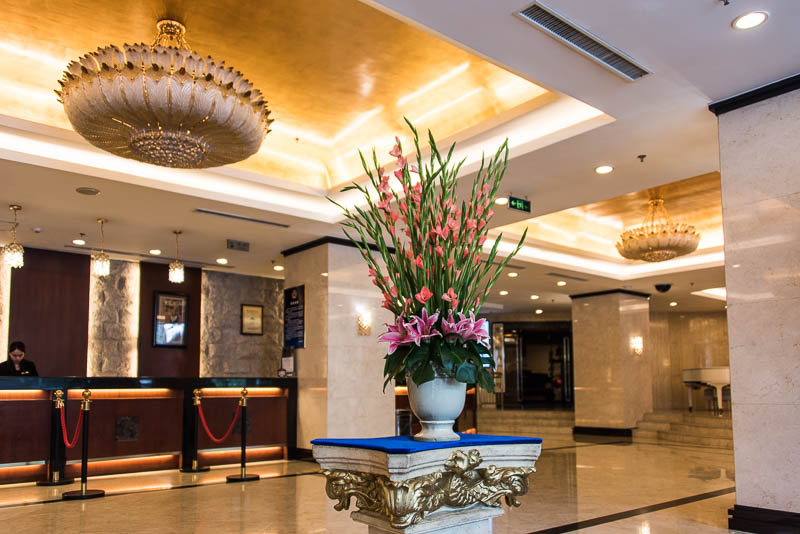 This morning those on one side of the hotel heard a doorbell sound outside that turned out to belong to a nearby school. We also could hear their students chanting in unison and singing as they began their day. Despite being exhausted, most of us awoke earlier than we wanted to. Our reward was a lovely buffet that ranged from omelets to “backed bears”. (I’ll let you think about that one…)

We loaded our two buses and headed about 15 minutes away to the Nan Luo Gu Xiang Street, a fun and varied neighborhood of shops and restaurants that dates to about 100 years ago. We had unusually beautiful weather today, mild both in humidity and heat. That won’t last as long as our hotel stay does. 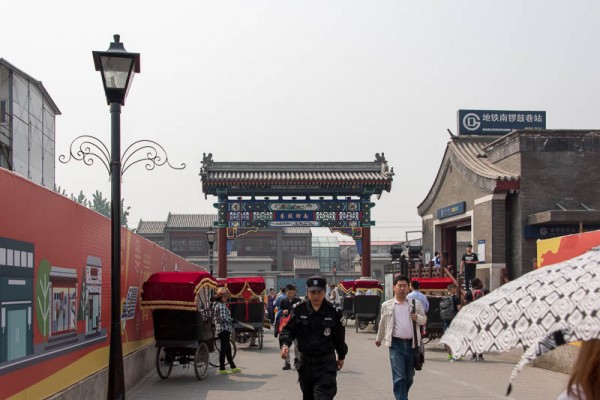 The street had some quite nice shops as well as touristy ones, and the choir split into small groups to explore and try to find lunch. Some were more adventuresome than others, and one bass got some extra protein with his. (This was not the same bass whose suitcase is jaunting around the world without him, but the basses do seem to be having more fun so far this tour.) I really enjoyed the painted gateways and doorways that obviously pre-date the monochromatic Mao-ist China. There is definitely pollution, but not so bad that we are tasting it. That might increase with the heat and humidity. 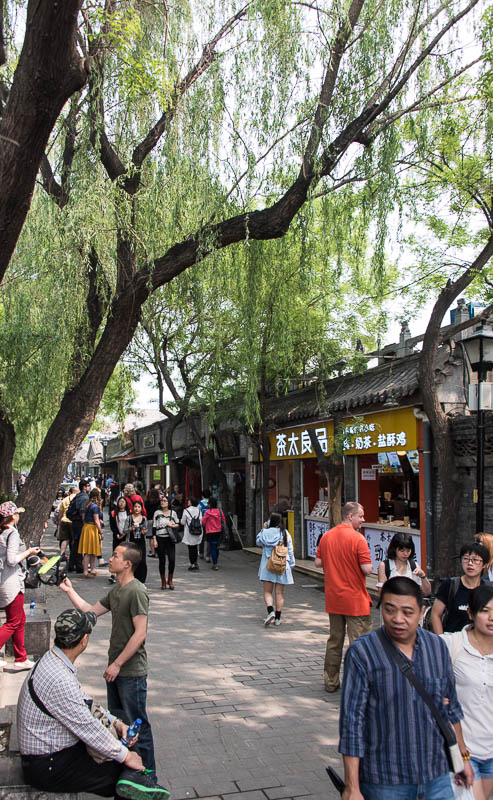 Beautiful trees are throughout the area. 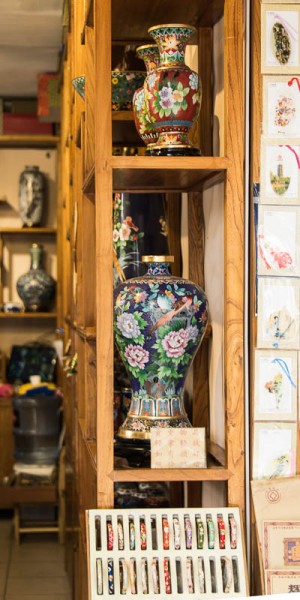 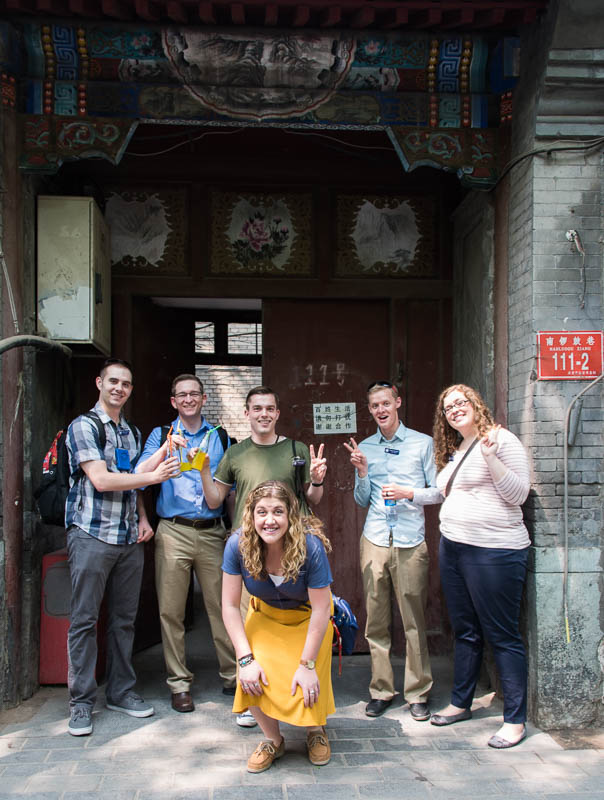 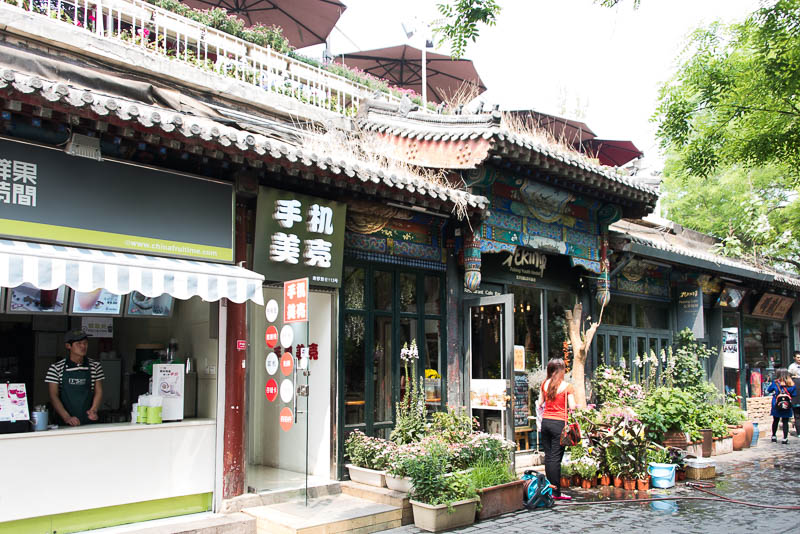 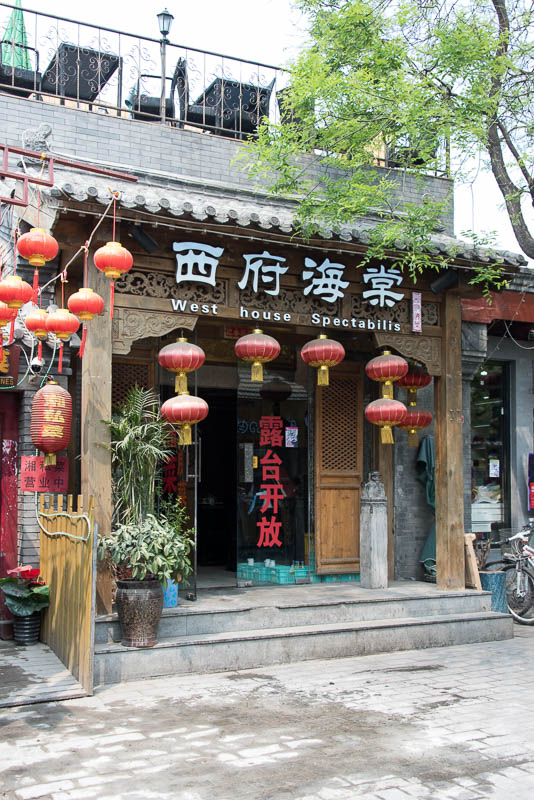 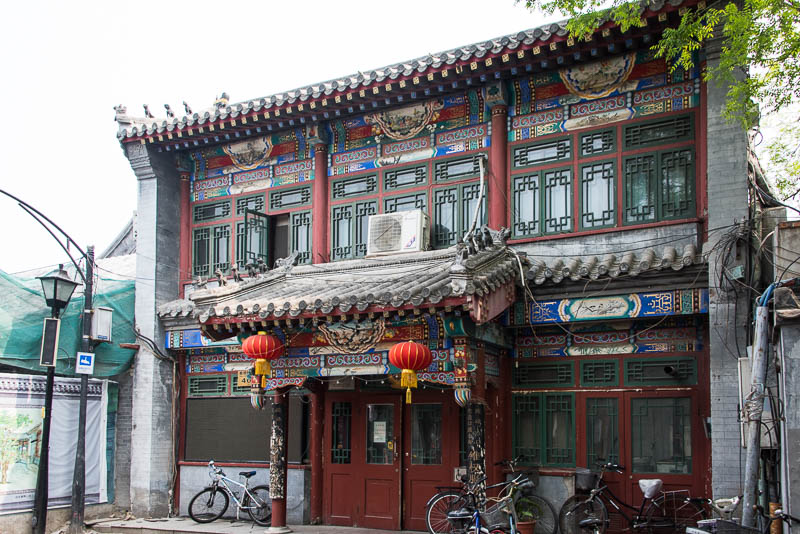 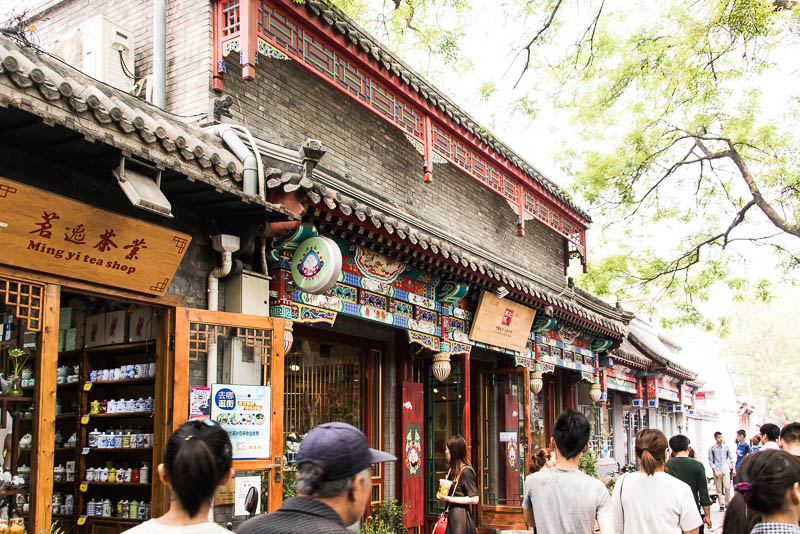 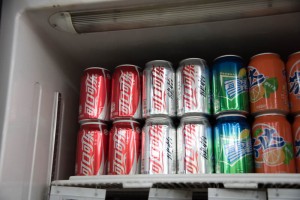 A welcome logo in any language! 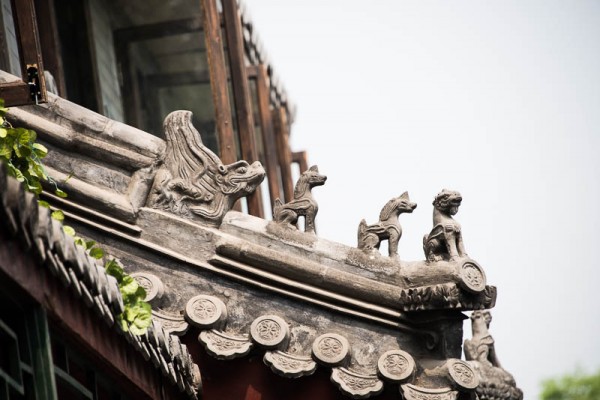 After an hour to rest and change into concert attire, the choir was driven to the Tsinghua University Theatre, a large and beautiful hall in both appearance and sound. What a great place to begin the performance part of tour! It is obvious, even in rehearsal, how much the choir loves singing together and how much they have missed this since their last BYU concert on April 10. 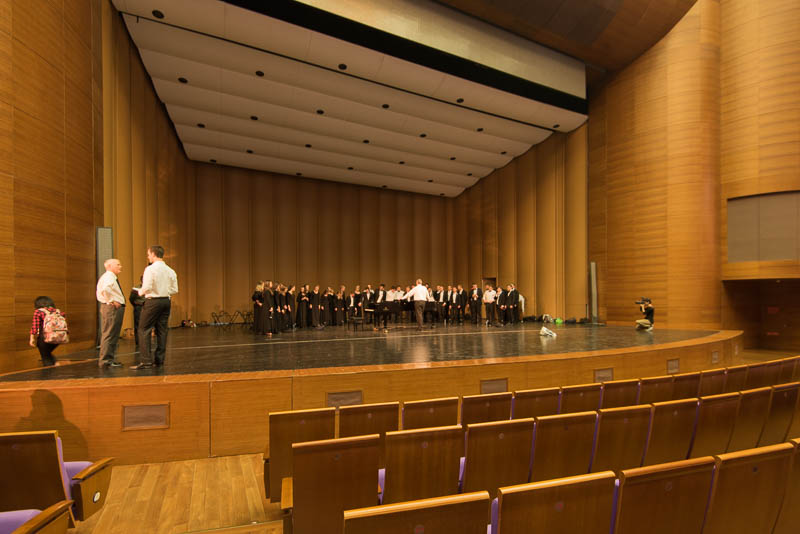 The hall with lights on. 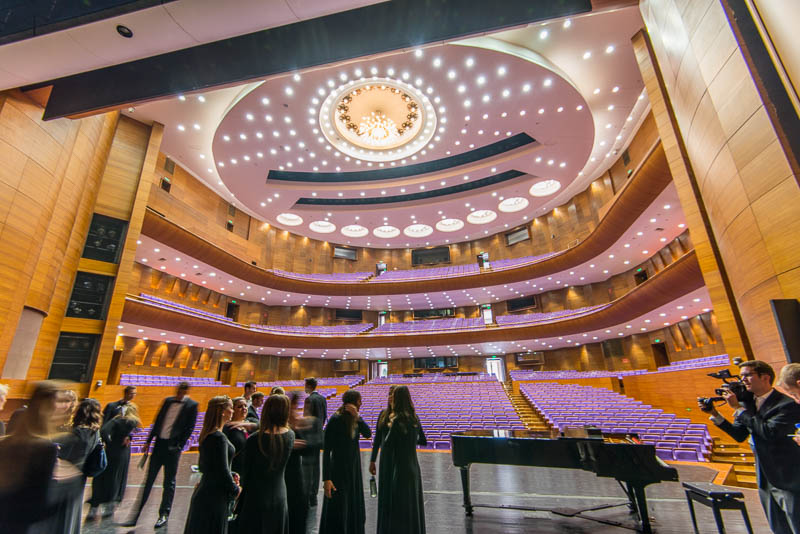 Looking out towards the seats.

Our dinner of KFC chicken sandwiches was provided by CPAA (China Performing Arts Agency) who is organizing and sponsoring large portions of the tour. They are taking great care of us.

The concert went very well, and the audience responded very warmly to the repertoire chosen for the evening. Whitacre’s “Leonardo” was greeted by a roar of approval at its end, and one of Singers’ Chinese folk songs received a large murmur of recognition and approval after just one measure of the flute introduction. Josh Hendryx, an alumnus of the choir who is fluent in Mandarin, is with us as concert translator. He proved his worth tonight; the audience couldn’t believe it when he began speaking. Even with translations in the printed program, it helps immeasurably to have someone to translate other aspects of the pieces, and to allow Dr. Staheli some impromptu interaction with the audience. 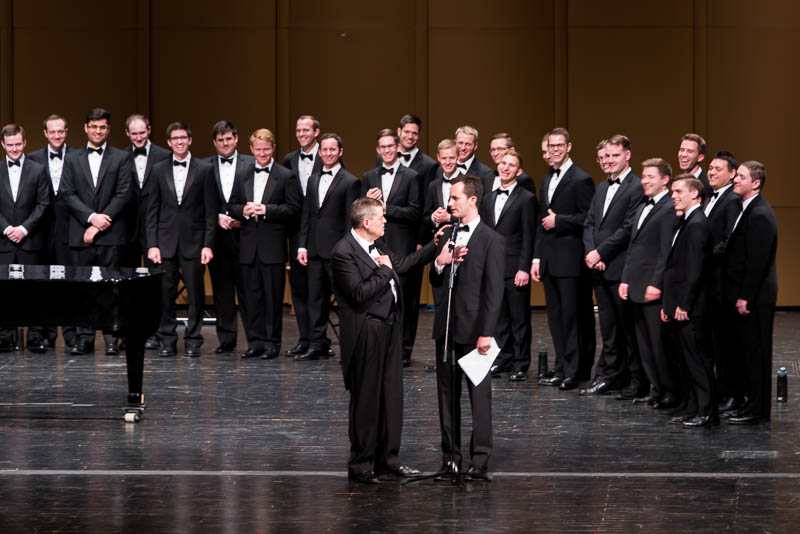 A little banter between numbers. 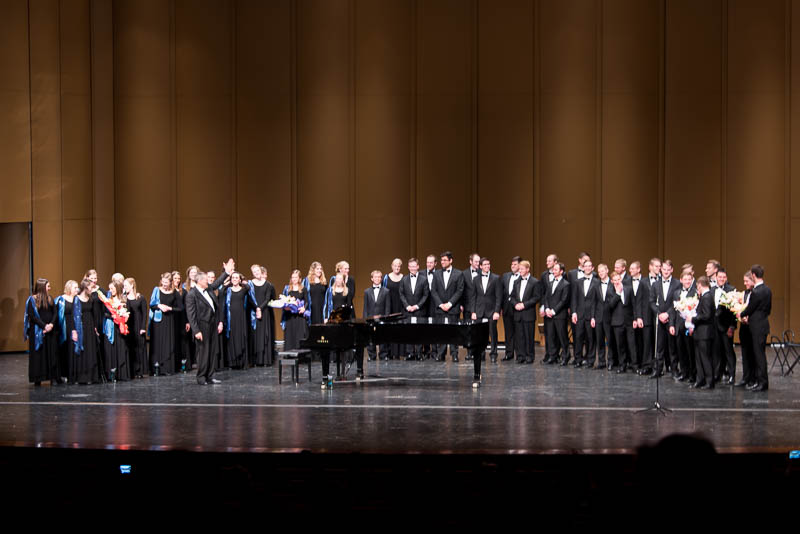 Gorgeous bouquets at the concert’s end. 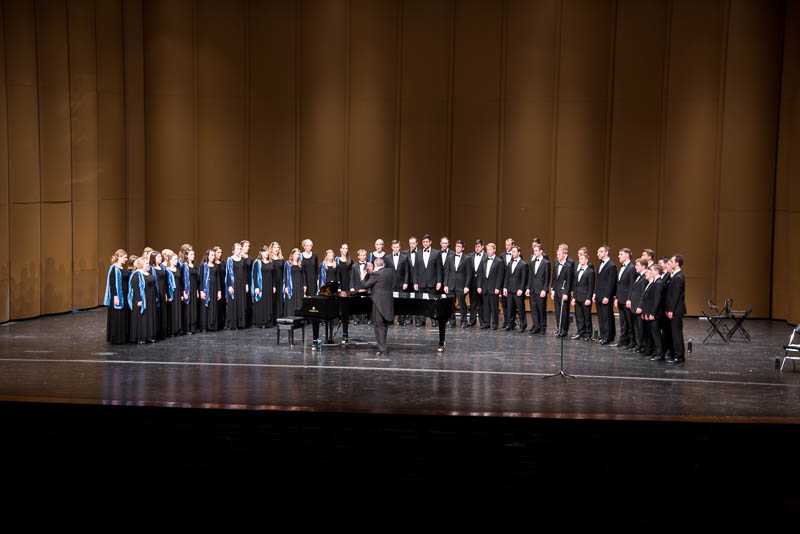 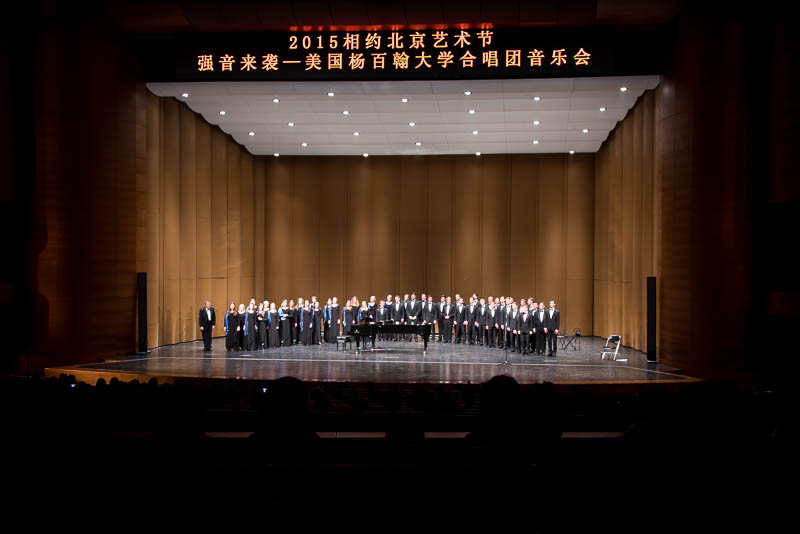 This was a wonderful beginning to the music part of the tour; we look forward to many concerts and workshops yet to come.