This morning began with a real treat as we were able to spend some time at the Forbidden City and Tiananmen Square. It is almost hard to believe we are there when it is a place such as Tiananmen Square that has figured so large in fairly recent history. There is a very visible army presence there still as they watch for any protest forming. We went through a couple of security checks as we neared the Forbidden City, also a legendary area. 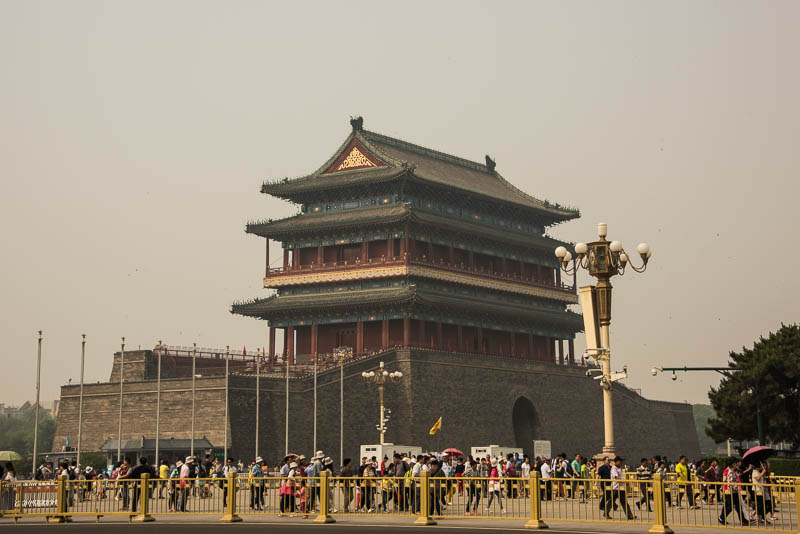 As we neared the entrance to Tiananmen Square.

The crowds were huge due to the national holiday for May 1, but it was still very rewarding to see the beautiful buildings that have stood there for hundreds of years. We were taken with the architecture, the beautifully painted buildings, the gardens, and so much more. There simply wasn’t enough time to take it all in as each courtyard opened up into yet another. 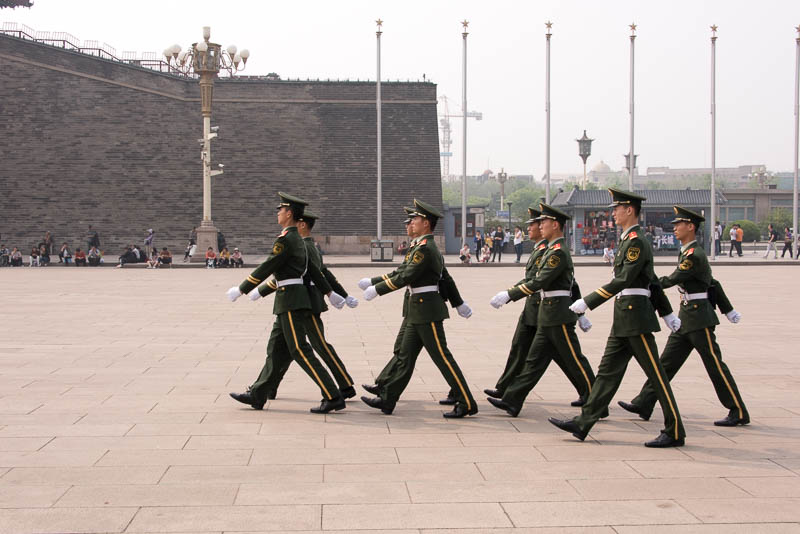 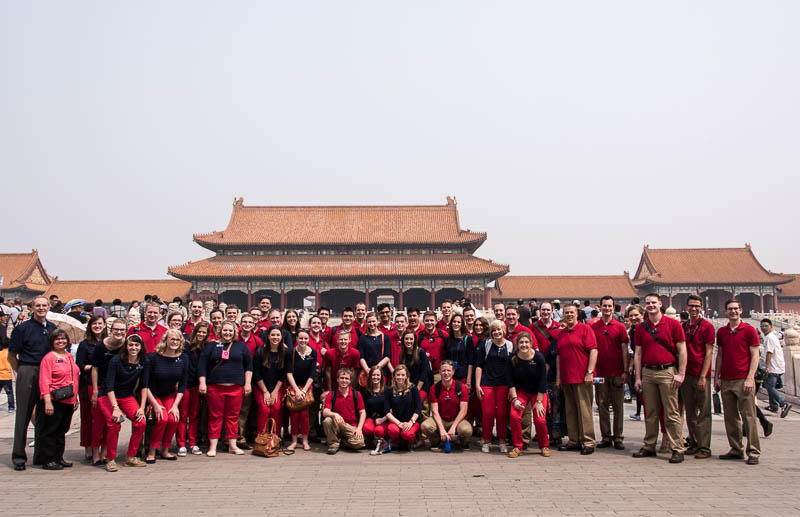 We stopped a few times for the group photos that BYU likes so much—it turns out that the people around here are fond of them as well. Every time we stopped, others thought it would be fun to join in and simply would not be dissuaded. This might be the ultimate photobomb. I guess a group of Americans dressed alike is still an unusual sight in Beijing…or just about anywhere else, honestly! 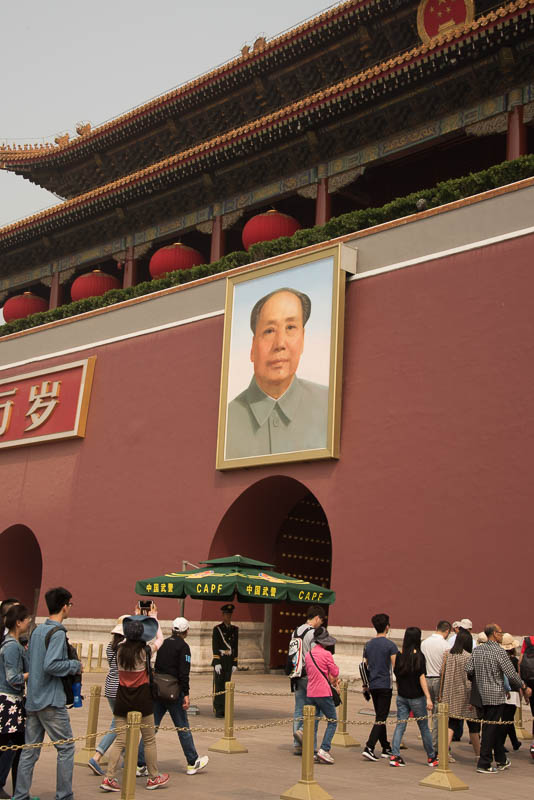 Mao is still present in the square. 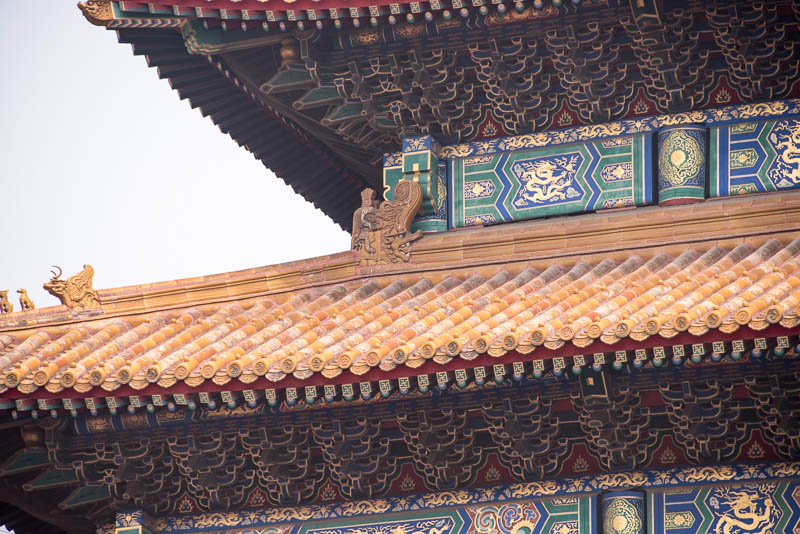 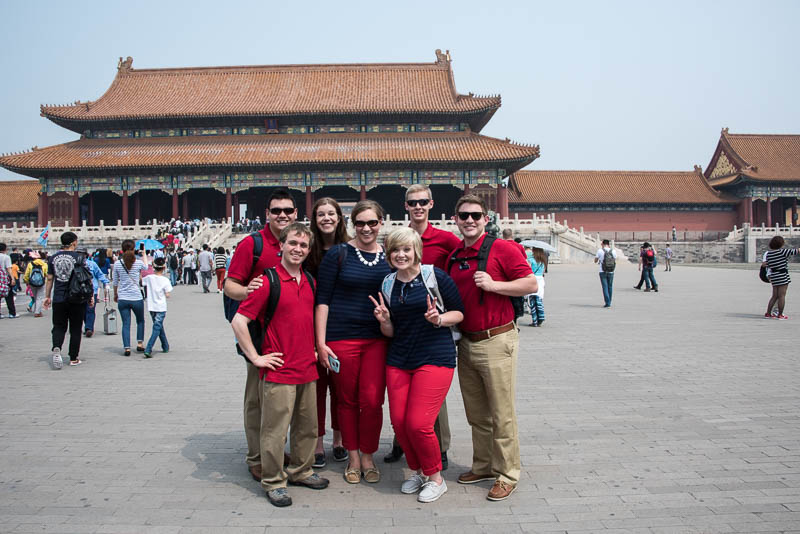 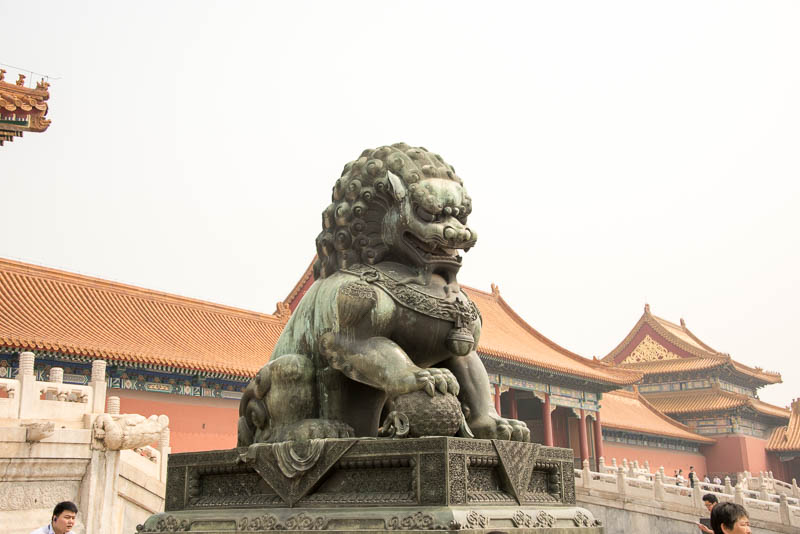 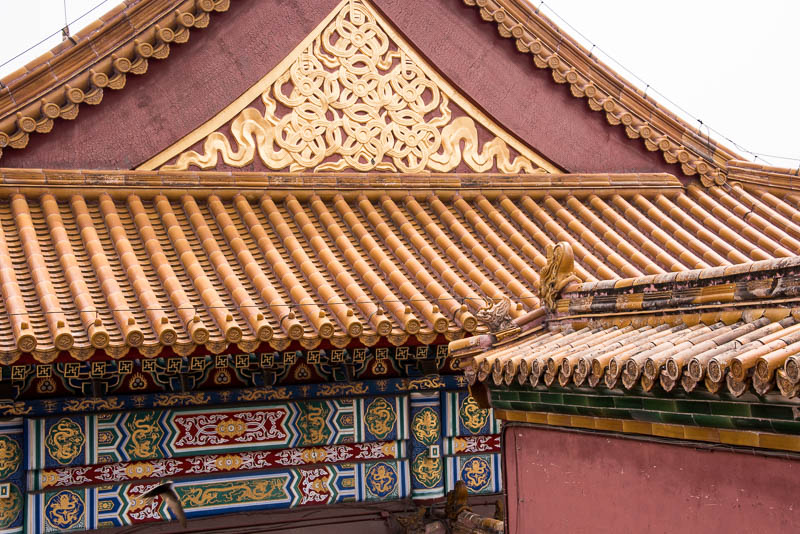 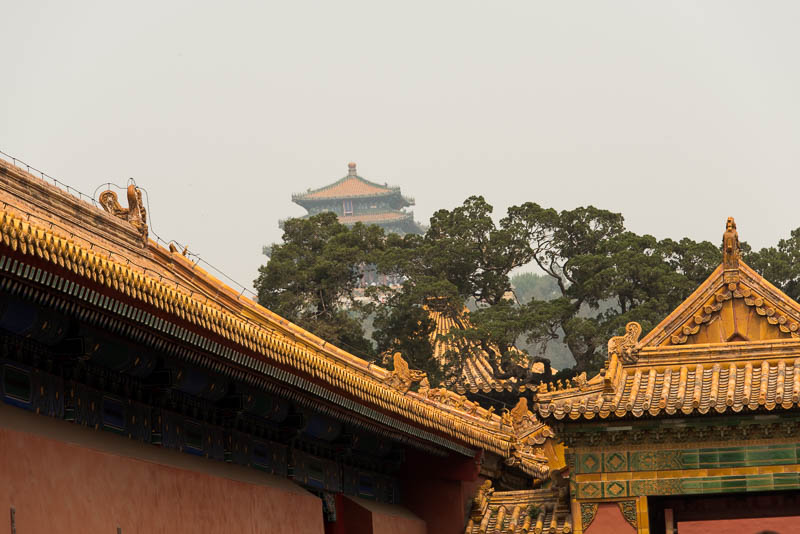 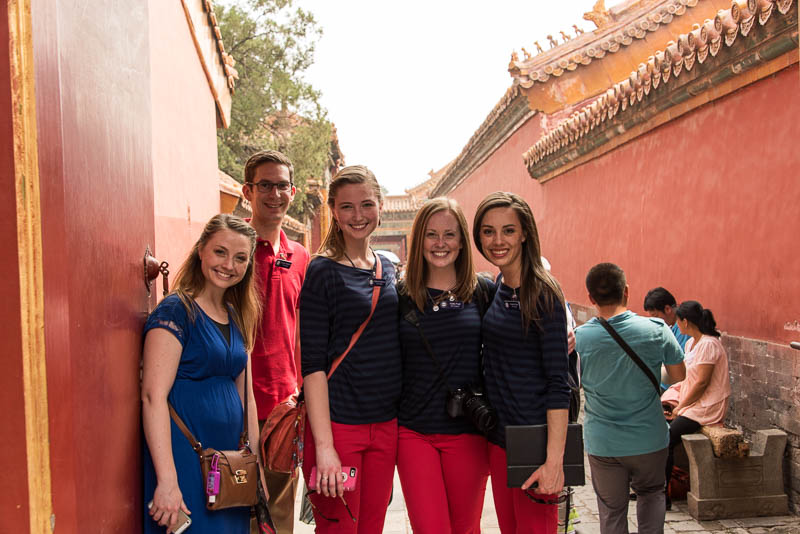 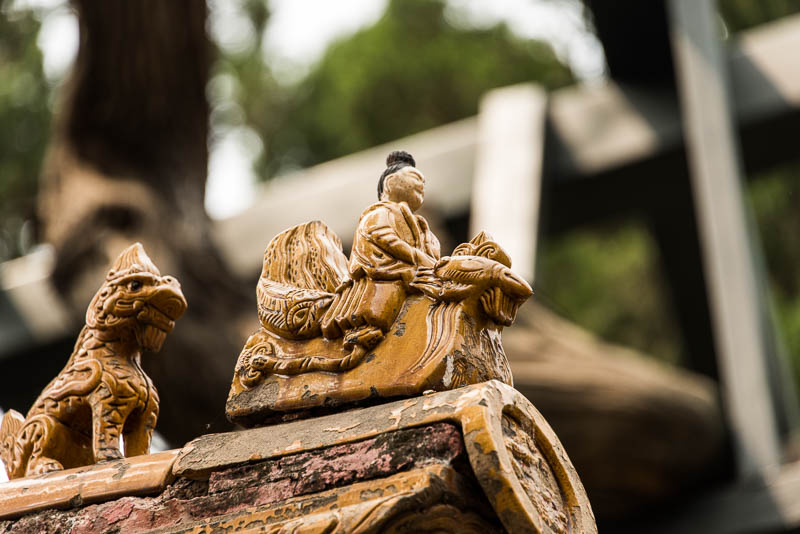 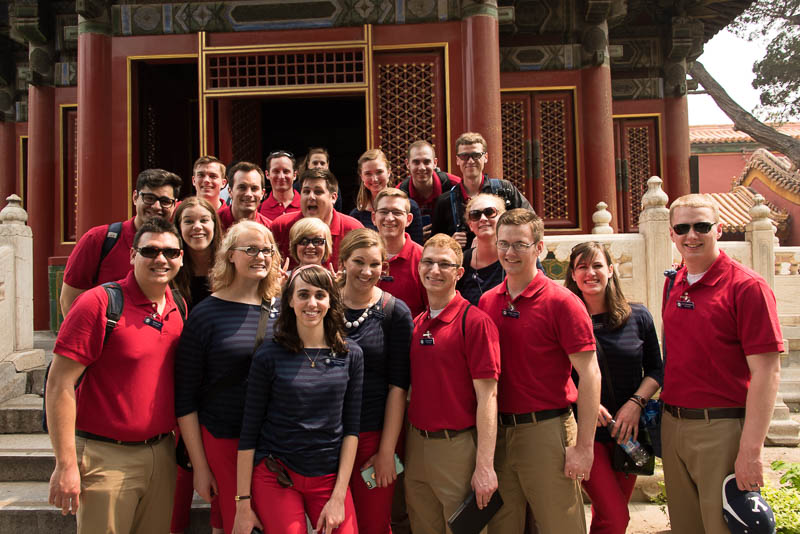 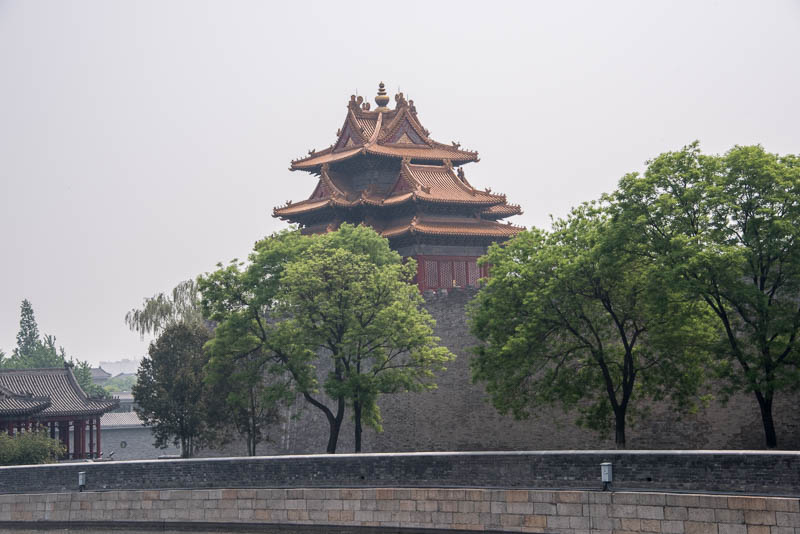 Our buses couldn’t park very close, so we had a bit of a walk to reach them to drive to our lunch. Somehow 4 men were lost along the way (yup, three were basses) and they had to work a little to catch back up with the choir. But all was well, and a very kind CPAA leader saved them leftovers for their lunch once they found us again. The missing suitcase also showed up, so all is right with the Singers world until the next airplane flight.

We had a marvelous lunch of Peking duck with many tasty side dishes. Chopsticks are still a challenge for some of us, so there obvious relief when forks finally appeared. 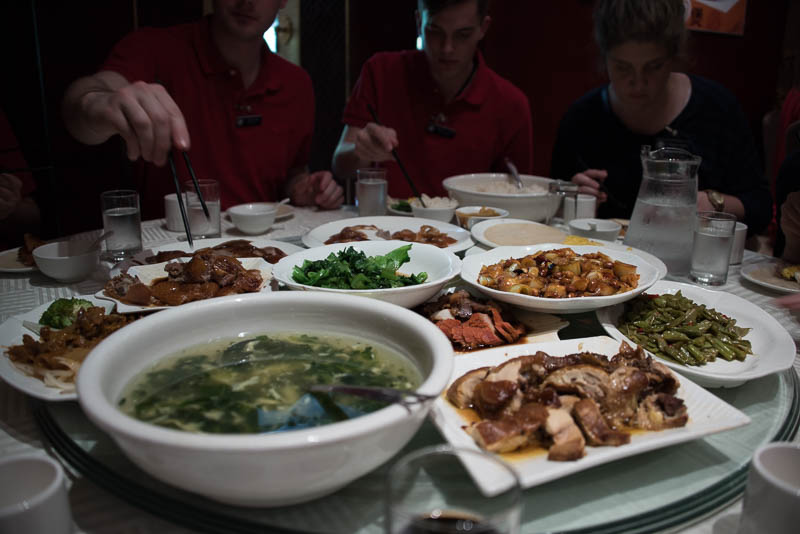 Peking duck with many other dishes.

We next drove to Beihang University to have a workshop with their choir. Their conductor, Yang Lele, was delightful and did a very good job with their choir of engineering students. She has been to BYU twice now, so it was a very friendly workshop. Each choir sang for the other and then had a brief Q&A. Their choir got all of Singers (including all the administration officials who are with us this week) up and dancing during the final number. No great photos of the dancing as the university was having a documentary shot of BYU Singers’ visit and concert, and all of us video and still photographers were tripping over each other. The video won today. 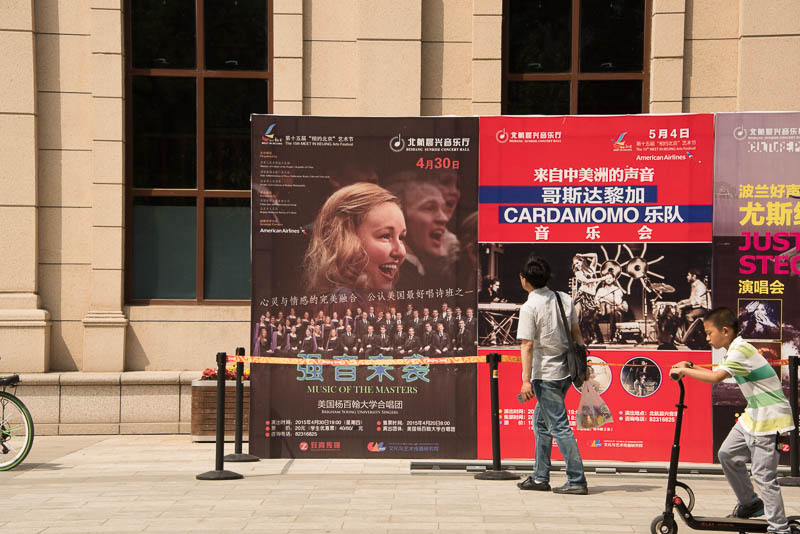 Outside the concert hall. 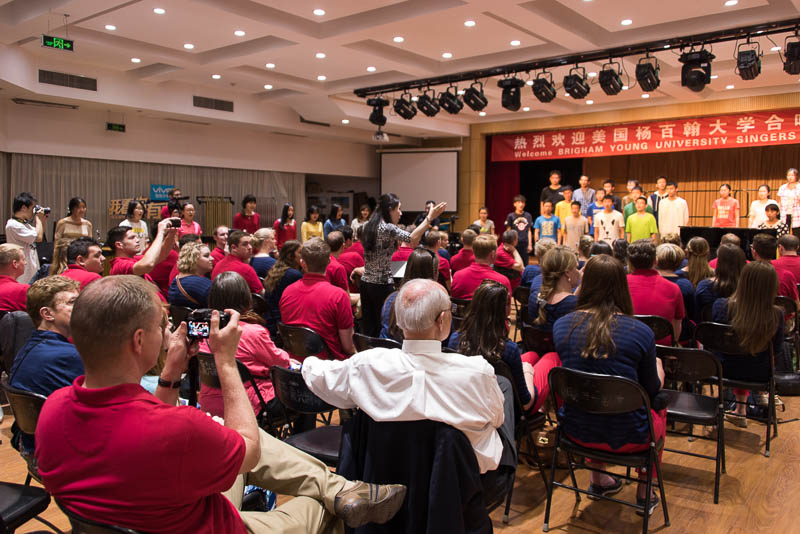 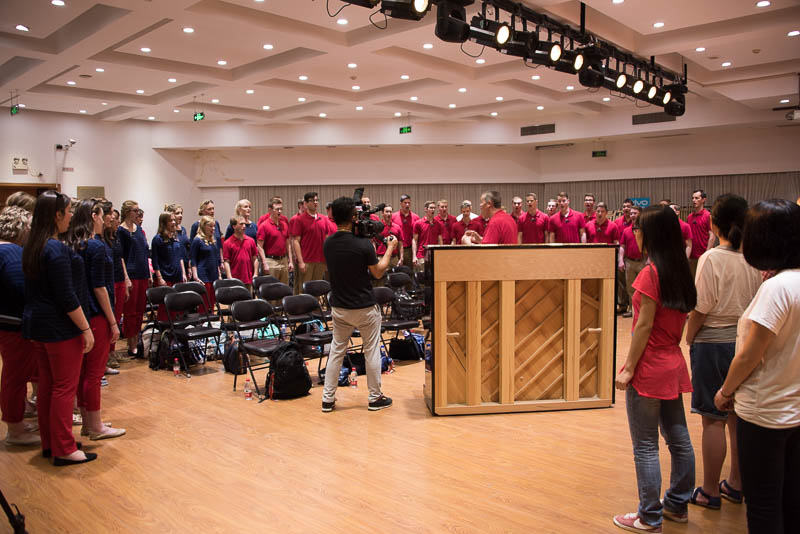 BYU Singers performing and being filmed. 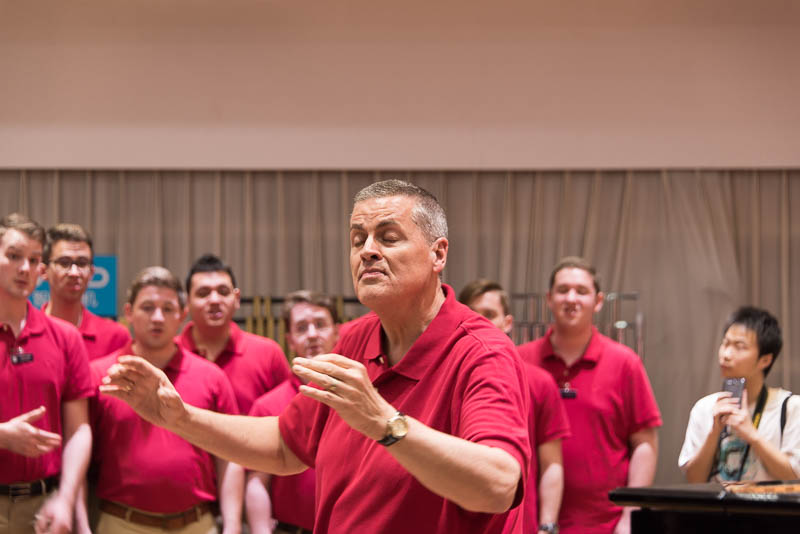 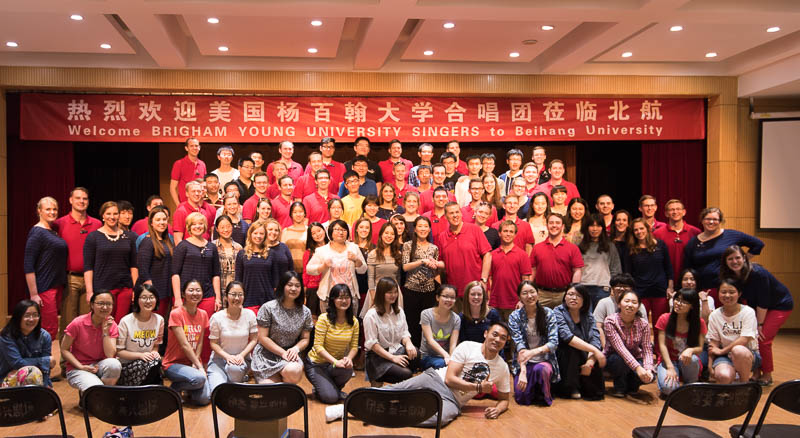 The choir was thrilled by the concert hall, and had a good rehearsal before a quick dinner of a sandwich. Many were still full from the large lunch, so it worked out fine. 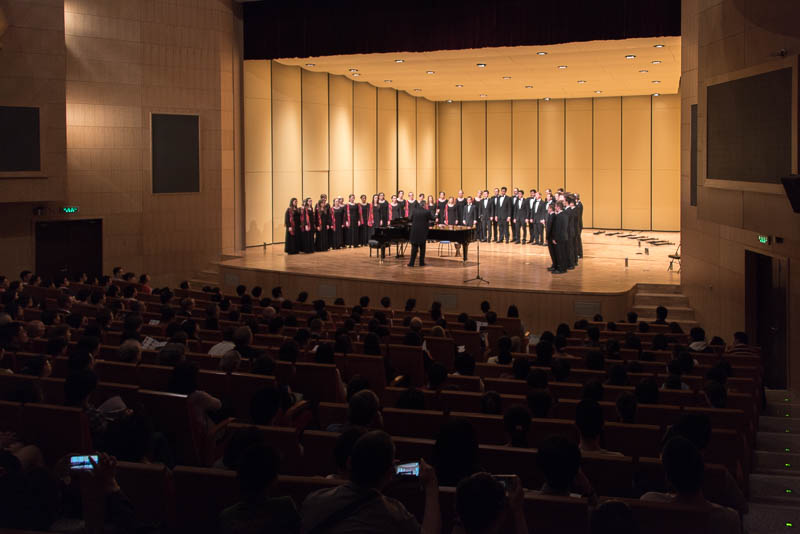 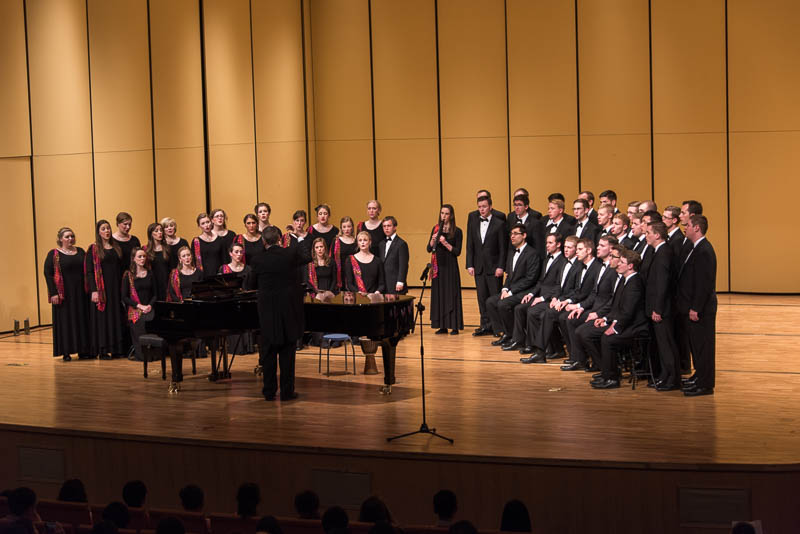 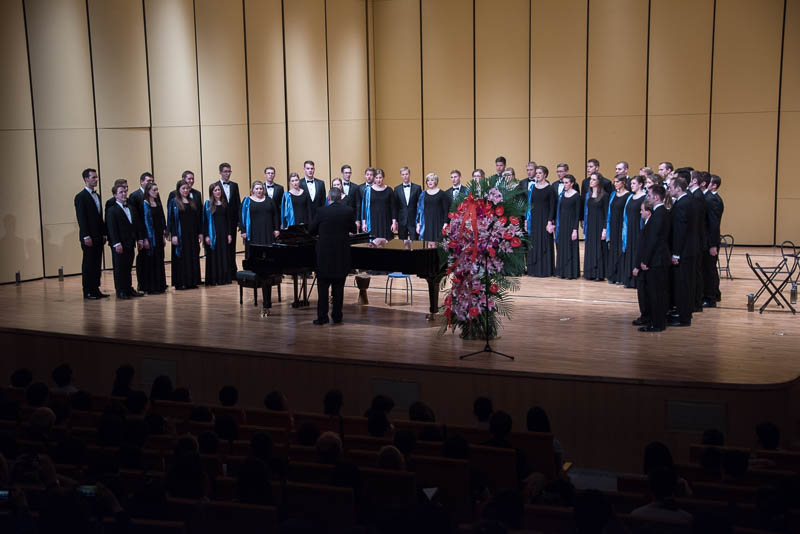 The concert hall was almost completely full, and the concert was excellent. Once again “Leonardo” and the Chinese pieces were very successful with the audience. They were given two encores, and they gave the choir an enormous flower arrangement! The choir exited the stage straight into the audience, and spent a while visiting and taking photos of each other until we loaded the buses to return to our now very familiar hotel. It is feeling like home!