Today was one of those days where the itinerary was derailed by the realities of circumstance and weather. First our morning concert didn’t happen, then weather played a large role in deciding what to do. The day started much cooler, which was welcome after the sauna of heat and humidity we had yesterday. The pollution lifted a bit, to be replaced by grey clouds. I did see some blueish sky the other day, so I know it’s up there somewhere.

We began at the Summer Palace, a reputed oasis of serenity and beauty…any day but May 1. The grounds and lake were packed full of tourists, both Chinese and foreign. We are here during a major holiday, so everywhere we go for the next couple of days will be thronged with people, and the traffic makes getting anywhere a real challenge. 22 million people live in Beijing. We’ve seen many of them today. The traffic here is hair-raising–if there are traffic rules, no one follows them. Red lights seem to mean nothing, and three-wheel bicycle carts compete with buses and cars without any self-doubt. This makes NYC rides in cabs look like a bunch of sedate grannies driving to church. 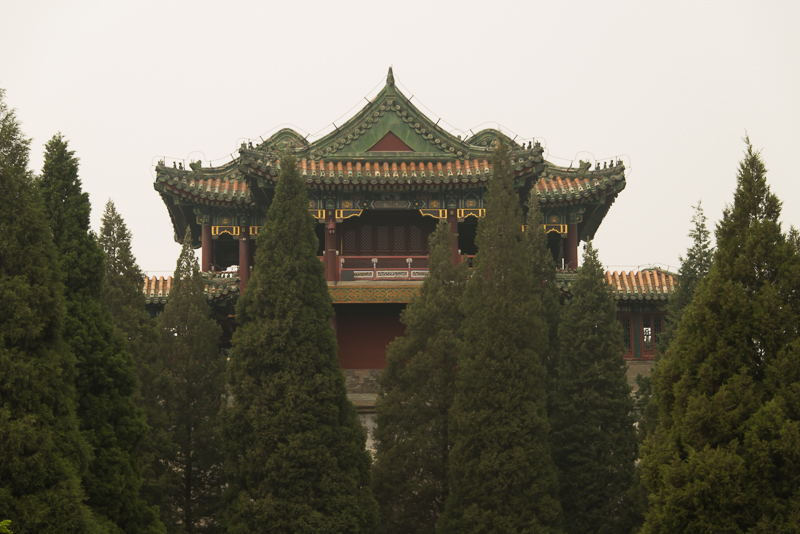 At the Summer Palace.

In our time at the Summer Palace, some hiked to a temple on a nearby hill; others to see the marble boat that never pretended to float (it was built by an empress instead of improving the royal navy); while some found galleries or just walked through the beautiful grounds. No matter where we went, there were plenty of people to keep us company. 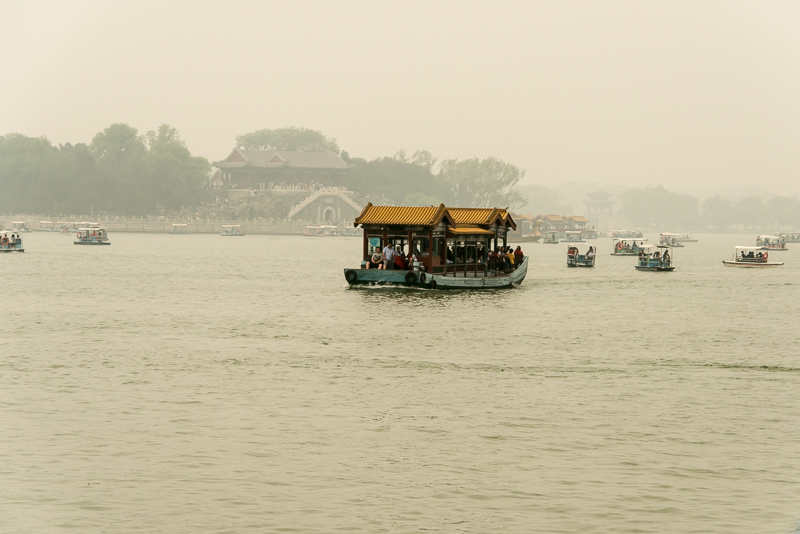 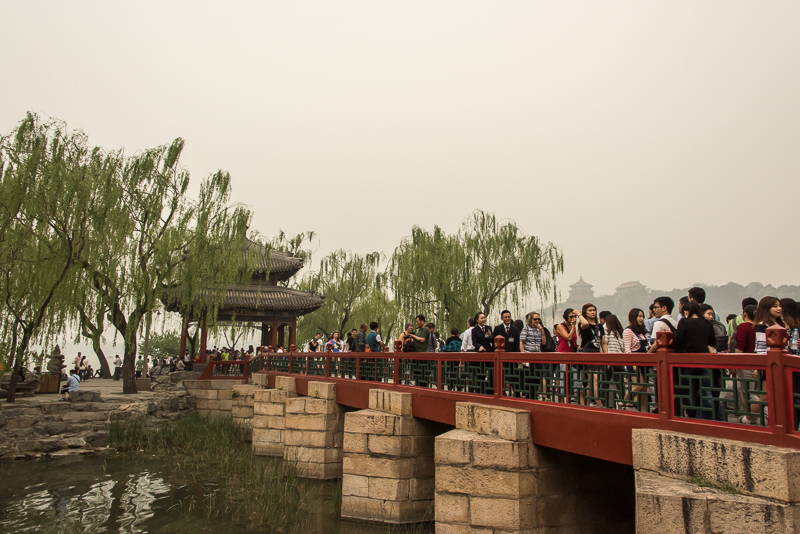 A beautiful bridge full of people. 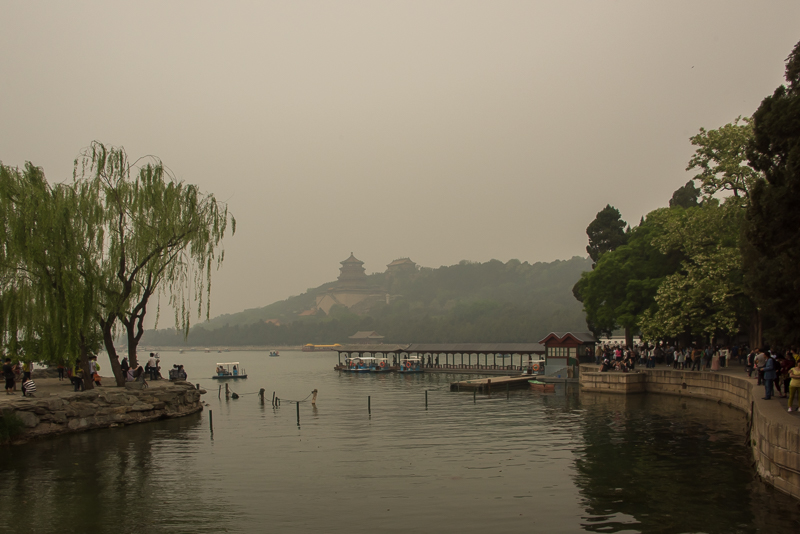 We were turned loose for lunch, and a group of us found a very good Chinese restaurant. Luckily we had a friend with us who could translate the menu and talk with the waitress in Chinese.

By then it was even cooler, and the rain had started. Since the choir is here mainly to perform with any sightseeing a secondary part of the tour, we decided to cancel the outdoor activities and try to keep the choir warm and dry and healthy. It’s too early in the tour to fight illness!

We were dropped at the Pearl Market, which was a huge indoor area of small shops and booths. It felt like we were walking down a gauntlet of bodies with motion sensors; they sprang into action grabbing at us, trying to interest us in whatever they were selling just as we walked by. They were a bit too aggressive for my taste, but many of the choir enjoyed bargaining and finding things that were worth carrying around China for the rest of the tour. 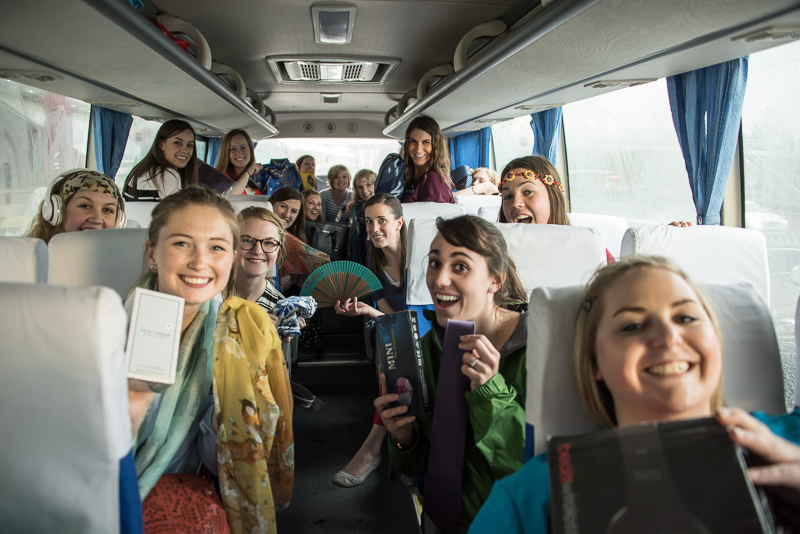 Women of the choir displaying their finds at the Pearl Market.

Tonight we were on our own for dinner, then some of the choir met to go to the Night Market, with the possibility of finding some edible bugs. (Insert your own reaction here.) Others took the suggestion of doing laundry, since it could take until checkout Sunday for any clothes to dry. A quiet night that ends early sounds like a little piece of heaven right now as jet lag has us in its clutches. We’ll be ready for new adventures tomorrow!