Today was a free half-day in London – if it could be done in a few hours, there’s a good chance someone tried it. Museums, music stores, just walking around, sleeping in, other tourist attractions, and probably more.

We met at 1:15, scrubbed and dressed for the concert so we could take the coach to Guildford. It was only about 30 miles away, but London traffic is horrendous;  it took us about two hours to reach our destination. 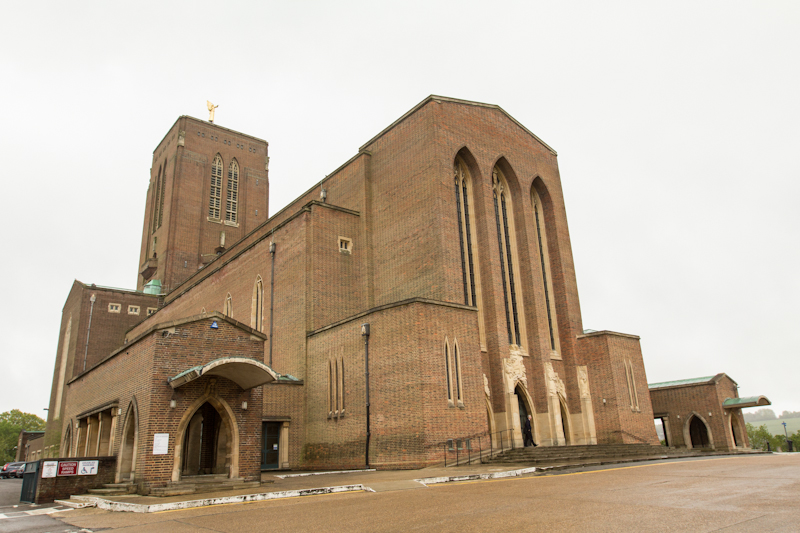 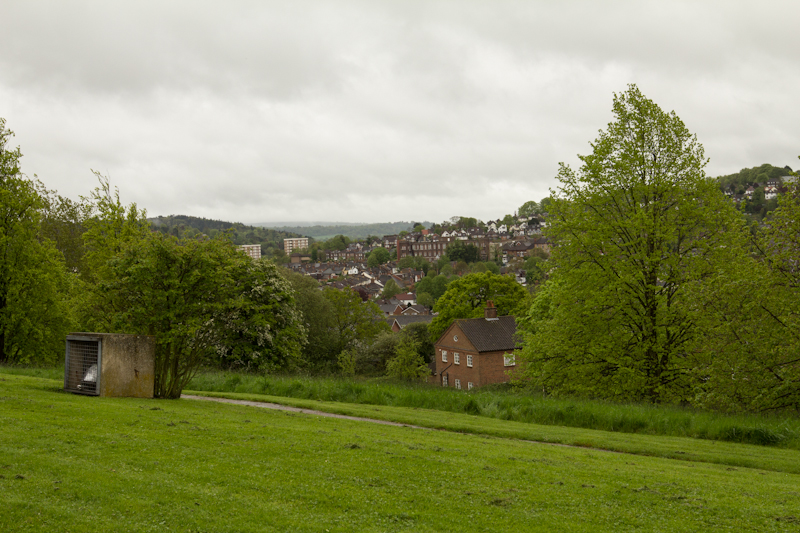 View down the hill behind the cathedral

I’ve been meaning to comment on the Brits’ common sense approach to lawns – if dandelions or other wildflowers grow, they just cut around them and let the lawn be roughly trimmed. Pretty spots of color among the grass, and much easier than trying to eradicate them!

This cathedral is large and modern, especially in comparison to the really old cathedrals we’ve been performing in this tour. Guildford was made a diocese in its own right in 1927, and work on its new cathedral began nine years later. Its building was interrupted by the WWII between 1939 and 1945, and the cathedral was not consecrated until 1961. It still has the skeleton of what we think of in cathedrals; but its lines are very clean and uncluttered inside. 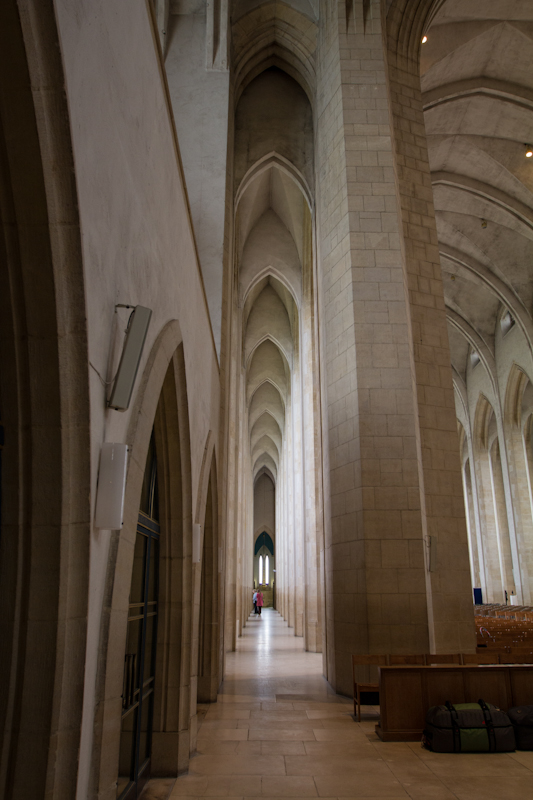 The vaulting of the South Nave side aisle

The rehearsal proved the cathedral a very good place in which to sing, and Dr. Staheli picked the pieces that would respond the best to these rich acoustics. 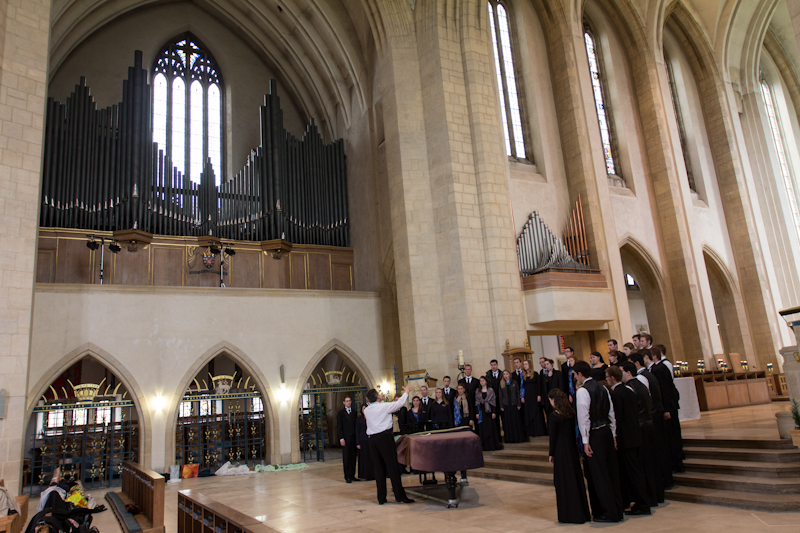 We had a delicious lasagna & apple cake with pudding dinner at a nearby pub – a brave meal to serve to 43 people in tuxes and gowns! 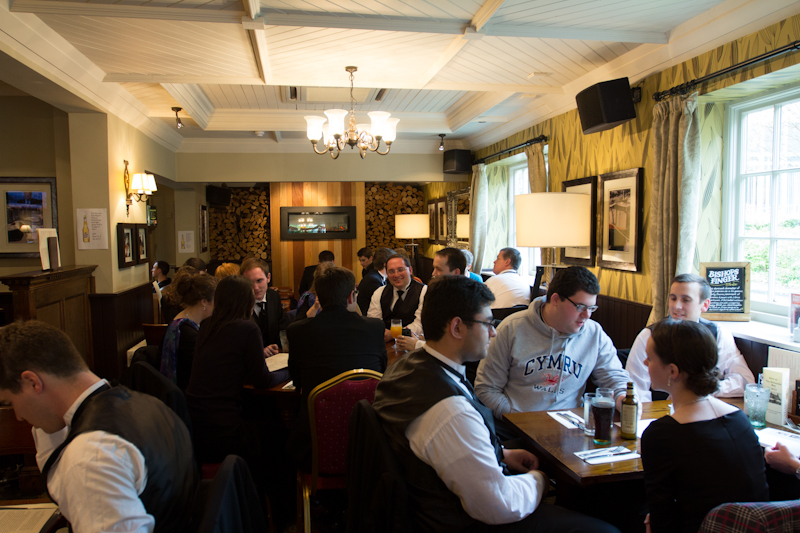 Dinner in the pub

We arrived back at the cathedral 30 minutes before the concert began, and many of the audience was already in their seats. They turned out to be a very warm, very receptive audience, and it was a pleasure to sing for them. Every piece sparkled, as it should by this point of the tour. I particularly liked the Stephen Paulus’s “Pilgrims’ Hymn,” and “Water Night” and “Wayfaring Man” and then… I could go on and list them all. My favorite is what is being sung at that moment, and they sang them all beautifully. 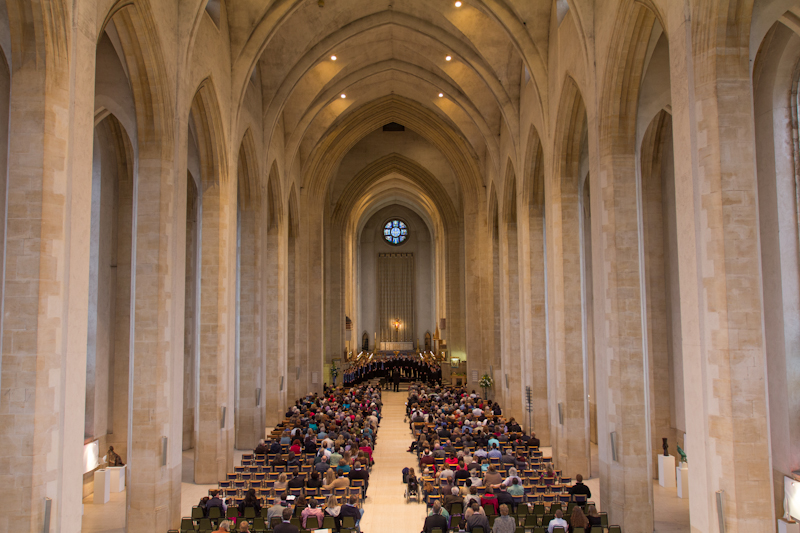 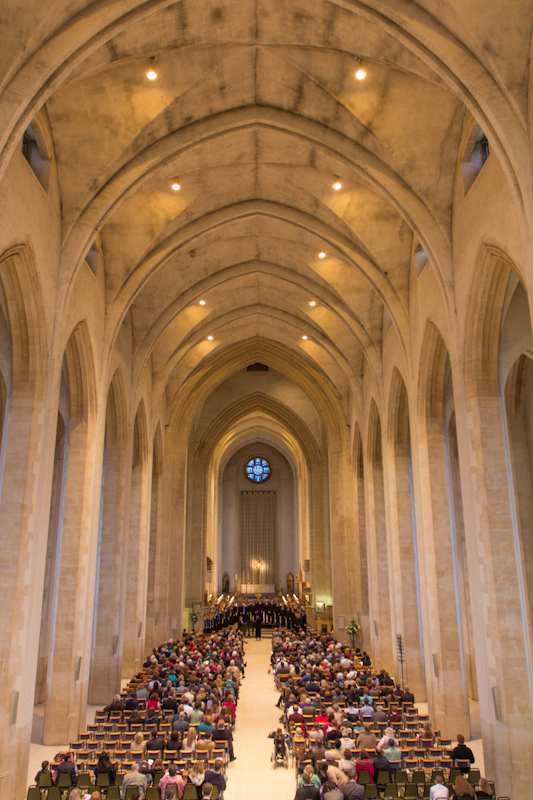 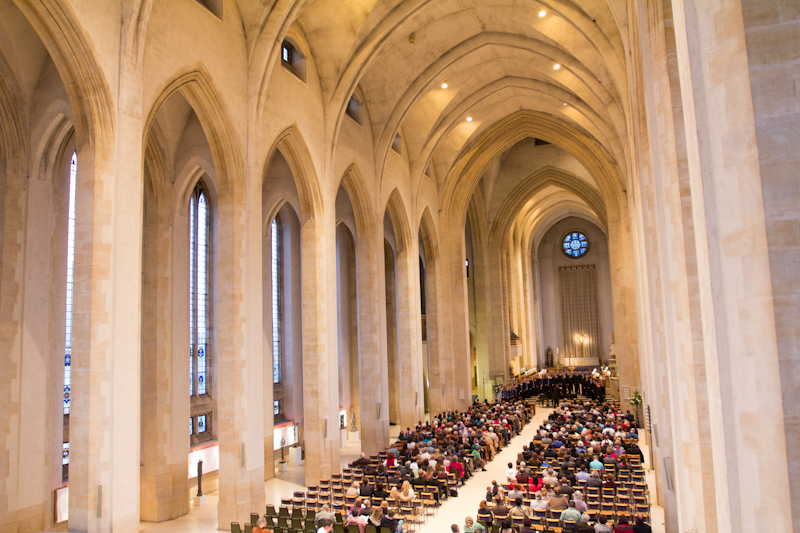 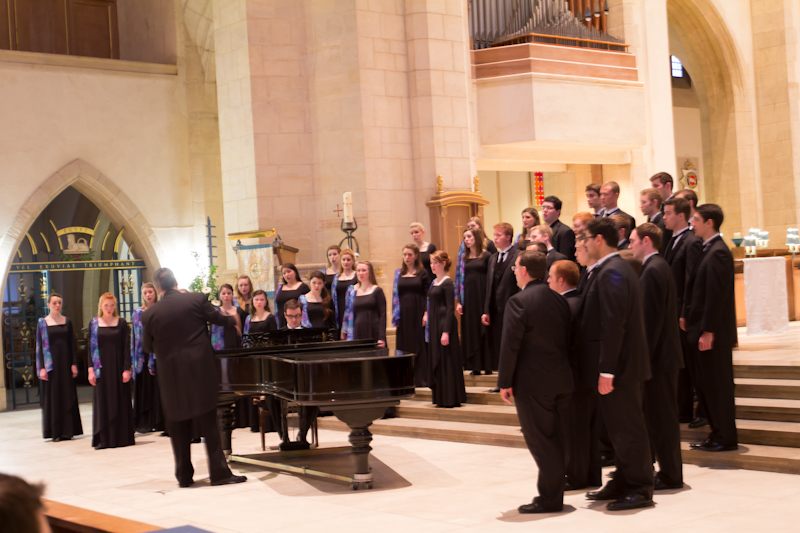 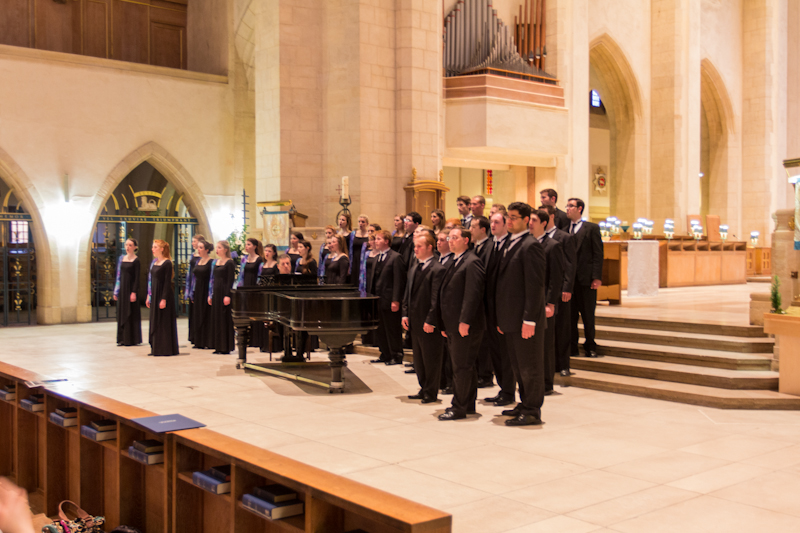 After two standing ovations, the audience and choir were invited to mingle. That didn’t take much encouragement! Members of the audience were most complimentary and impressed with the concert. They all posed for lots of photos, so I’ll let the photos tell the story. 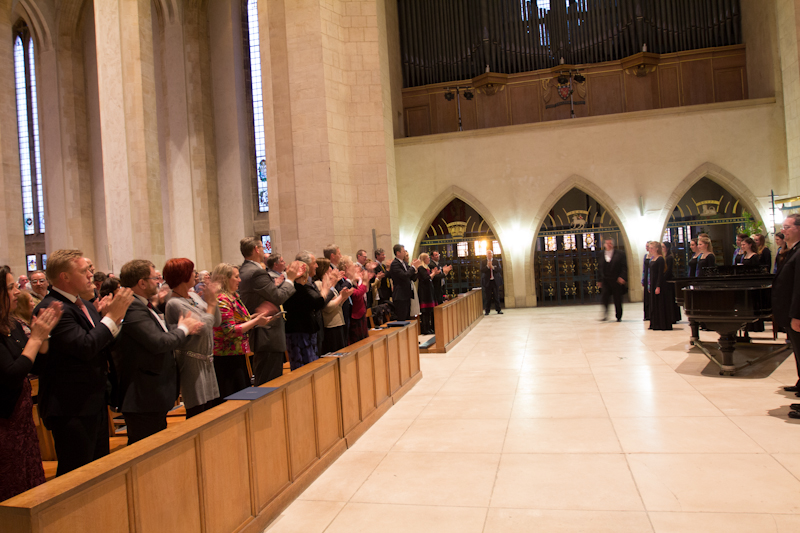 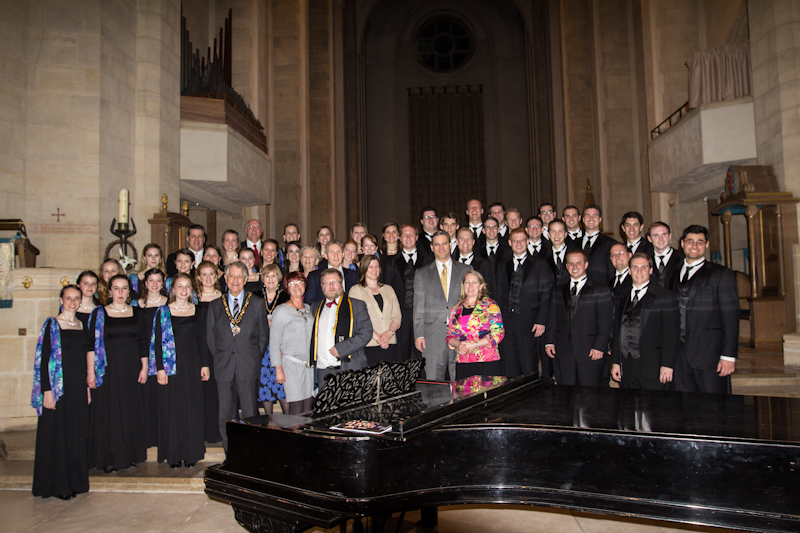 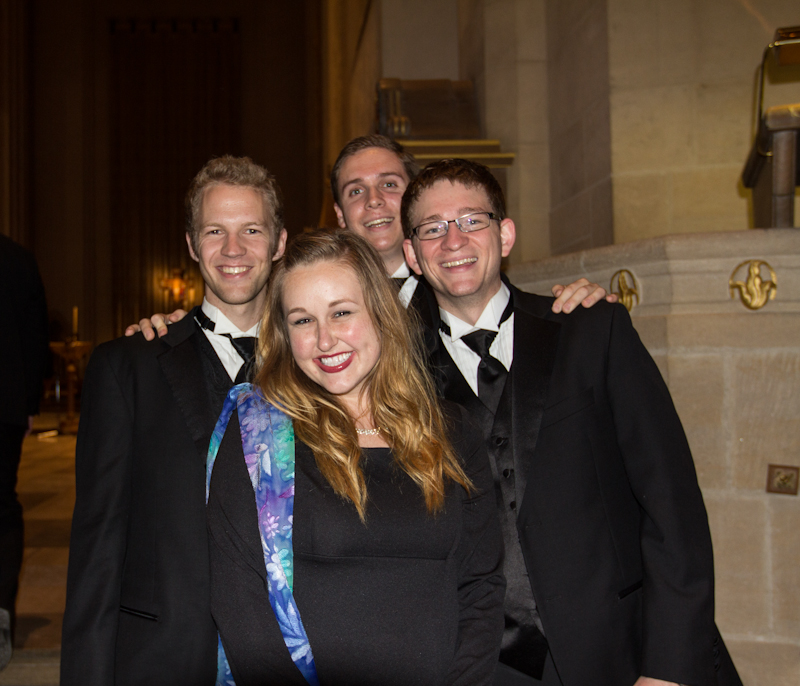 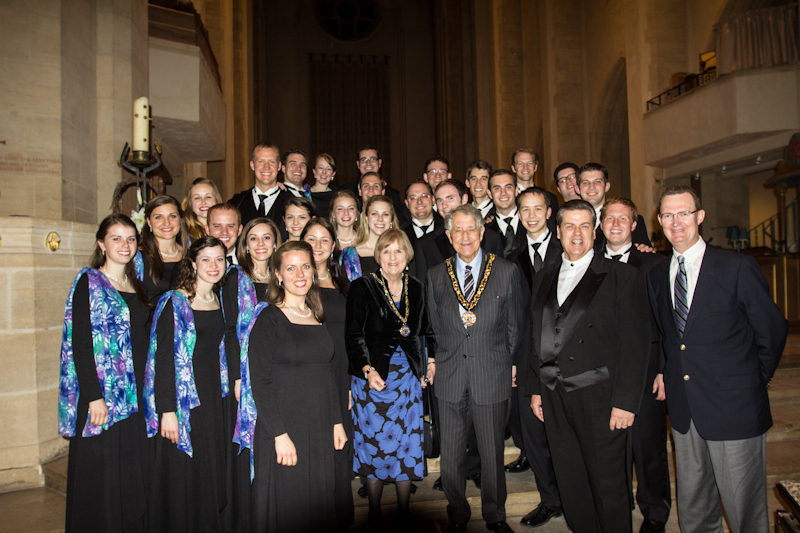 Tomorrow begins early to get to St Paul’s Cathedral for our midday concert. It’s great to still have two concerts in exciting venues to look forward to – there’s no time to let down and think about the imminent ending of this tour.