I think this is the most consistently gorgeous day we’ve had this entire tour. There was hardly a cloud in the sky, and mostly a vivid blue sky with a bit of a wind that kept it that way. The timing could not have been better, as this was our main day to get to know Dublin on foot.

We began at Kilmainham Jail, used 1796-1924. We heard stories of the struggles for independence in Ireland, as well as during the potato famine and other hard years–heartbreaking. When we reached the “new” east wing, built during the Victorian reign in 1862, we sang one verse of “Abide with Me.” Several of the employees came out to hear this, and it brought a little peace to a room that saw much sorrow and pain. This wing is somewhat famous, as it has been used as the location for movies quite frequently. (“Italian Job”, “In the Name of the Father,” “Michael Collins”) The jail and the museum were quite sobering, but good for us to see. We learned the Irish flag’s meaning: orange for Unionist, green for Nationalist, and white coming in between to signify their coming together; peace and unity. 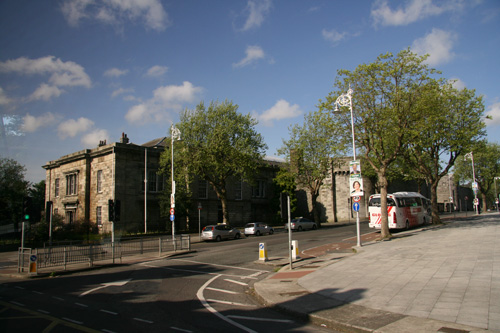 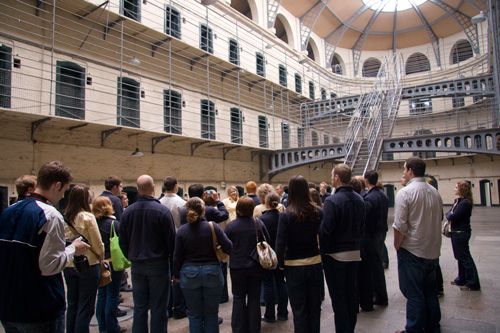 Singing in the east wing of jail 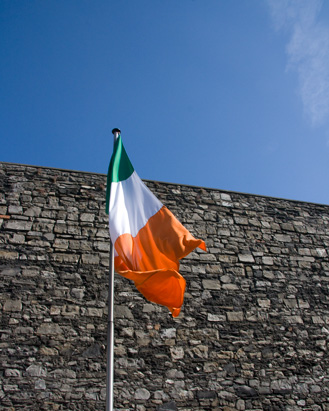 PJ then gave us a coach tour around Dublin to acclimate us before we were turned loose. He has been a marvel as driver and tour guide. I’ve never seen anyone handle a coach so smoothly. Ever seen a giant coach parallel park with only one try in between two other coaches? Or execute a perfect 3-point reverse turn in a narrow residential street? He has become particularly adept at recognizing LDS chapel spires in new towns. He’s learned our names and our personalities, and keeps us hopping with his quick wit and remarkable knowledge about Ireland. He has attended every concert, and even led the standing ovation. PJ has been a tremendous addition to the Ireland part of tour. 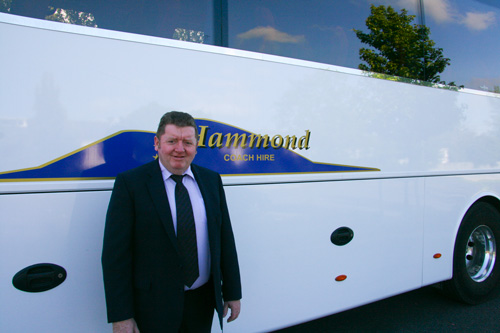 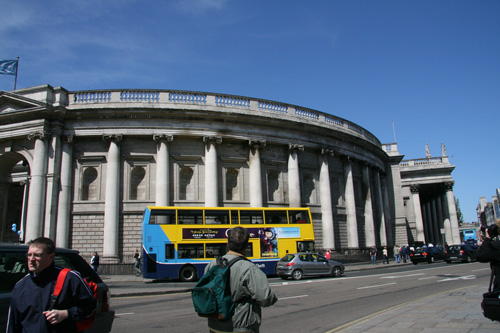 Once we were on our own, we all took off in about 15 different directions, though most people’s first stop was lunch. Our own second was at Trinity College to see “The Book of Kells,” an illuminated manuscript in Latin, containing the four Gospels of the New Testament together with various prefatory texts and tables. It was transcribed by Celtic monks about 800. The exhibit explaining it was great. At the end of that exhibit we saw The Long Room in the Old Library, a truly magnificent and impressive room. We had to simply sit down and take it all in. Cameras were not allowed, to my great distress. It’s about 65 meters long, and houses over 200,000 of the Library’s oldest books. The shelves must go 6 stories high to the beautiful vaulted ceiling. Marble busts of prominent men through history line the shelves. Probably one of the most impressive rooms I’ve seen. Please Google it. 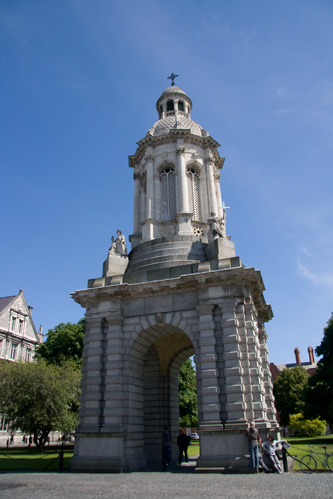 Monument in entrance to Trinity College 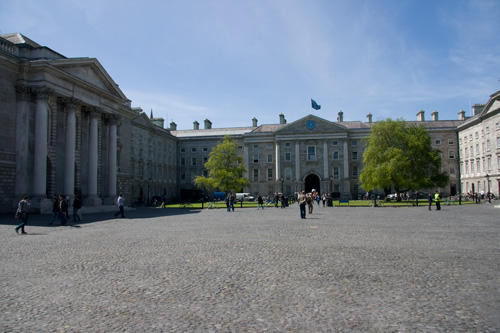 After that were several hours of just walking and looking and admiring and (for me) taking photographs. I’ll let them tell the story. 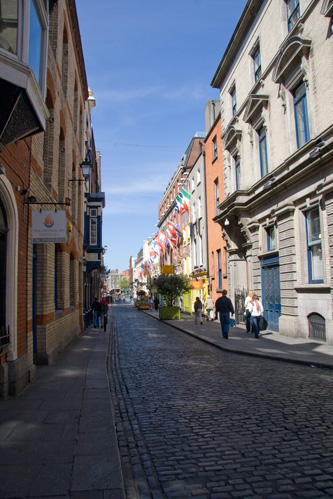 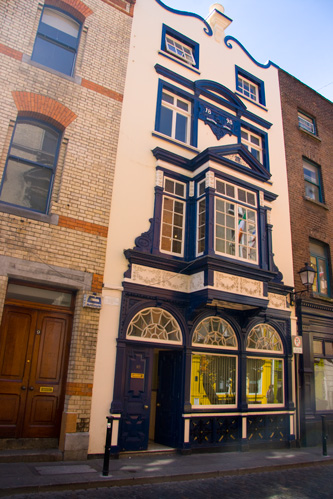 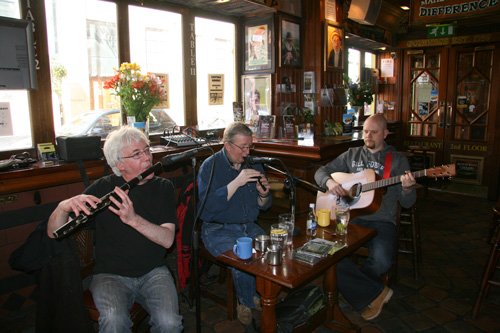 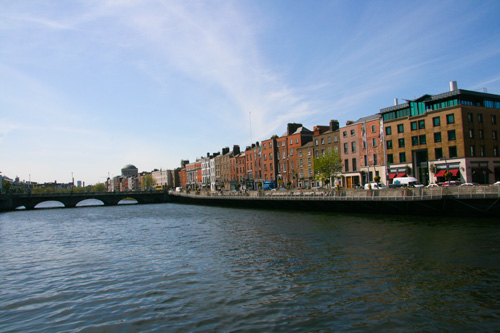 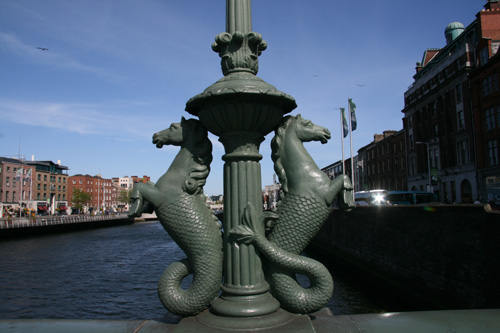 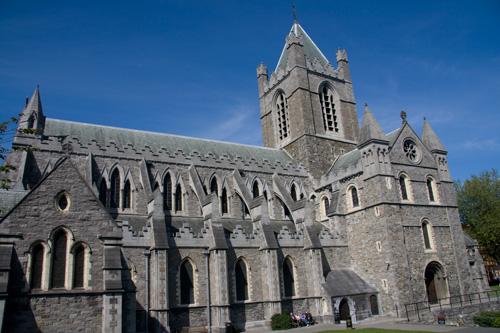 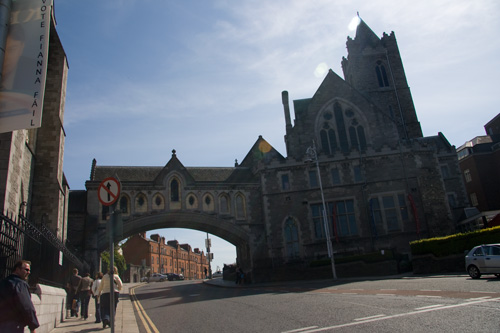 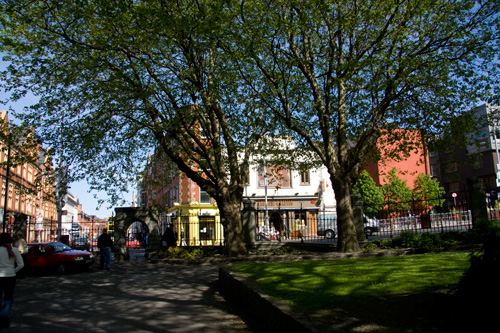 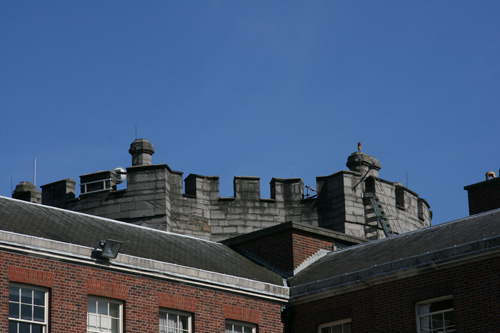 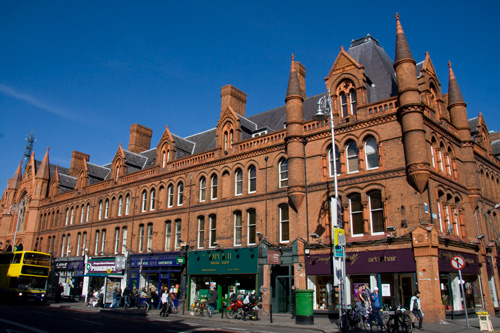 This is just a small selection from today. This is such a beautiful city, with its own distinct personality. We have quite enjoyed our day wandering around looking, eating, buying, and walking lots. An absolutely perfect day.

We ended with a Family Home Evening with the Young Single Adults of Dublin Stake. All wished it could go on longer, but the time to meet back up with host families came too quickly.