Today was one of those perfect days that we’re allowed to have once in a while – if only for comparison purposes! It began auspiciously with some blue sky that just kept enlarging. Soon there was more sky than clouds, and delirium began to set in. We earned this day! 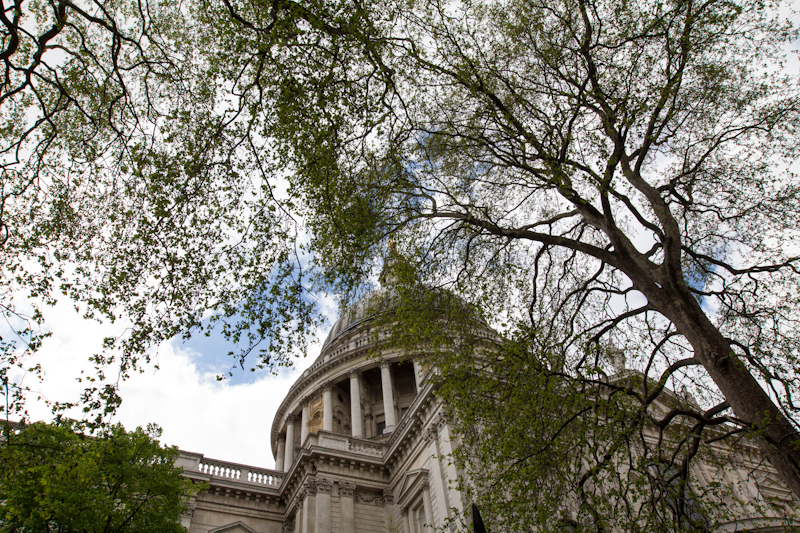 The choir met, walked to the tube station, took the tube a ways, walked to St Paul’s Cathedral, and arrived not only with the same number with which we started, we were early. Not too bad for 46 people traveling en masse. We passed the time with a group photo in front of the cathedral. Even my wide-angle lens couldn’t capture it all, so I resorted to lying down on the pavement and aiming up to catch one of the towers. (The first photo was taken while I was figuring things out and is included at Dr. Staheli’s request.) 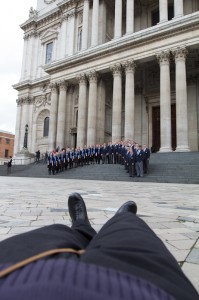 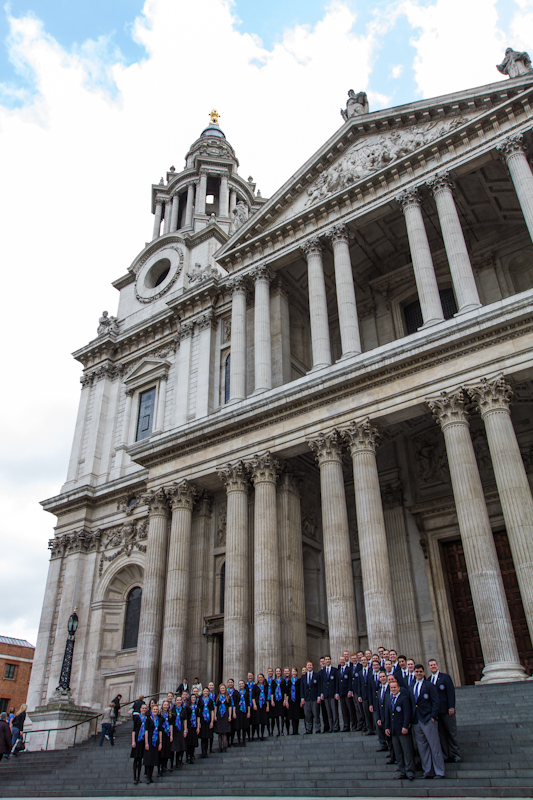 On the cathedral steps, in moments between all the crowds who sit and stand there

The present St Paul’s is the fifth cathedral to have stood on the site since 604, and was built between 1675 and 1710, after its predecessor was destroyed in the Great Fire of London. This was the first cathedral to be built after the English Reformation in the sixteenth century, when Henry VIII removed the Church of England from the jurisdiction of the Pope and the Crown took control of the Church’s life. It has held many royal events and celebrations, including Prince Charles’ and Diana’s wedding. The image that really sticks with me is the story we were told of Hitler’s intent to bomb the cathedral during WWII. Bombs decimated the area around the cathedral, and many people lost their lives. But firefighters stood atop the cathedral for the 57 consecutive nights of The Blitz, and threw off the roof all bombs that landed before they could explode. What extraordinary courage!

The semi-circle the choir often uses as their position worked beautifully around the marble floor design beneath the rotunda. The surprise of the day was how beautiful the sound was in there; not muddied by the vast size nor lost in the ceilings. Quite a few people sat and listened to the rehearsal, and several of them returned for the formal concert. 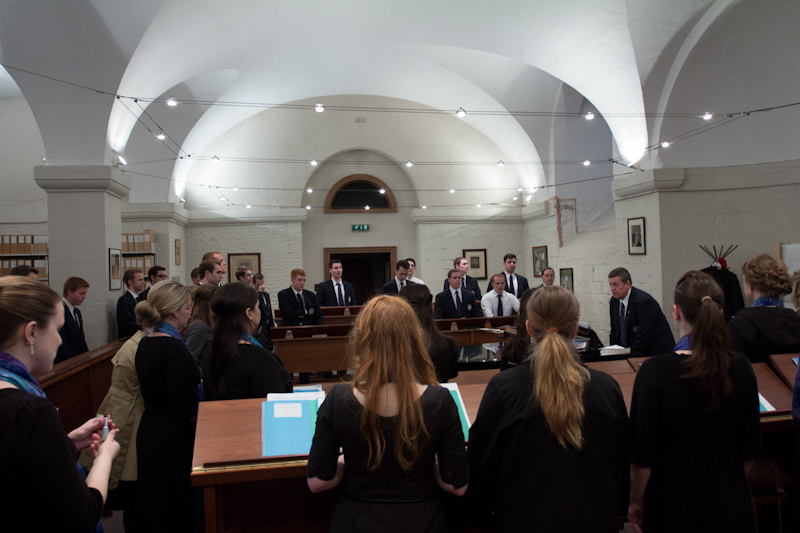 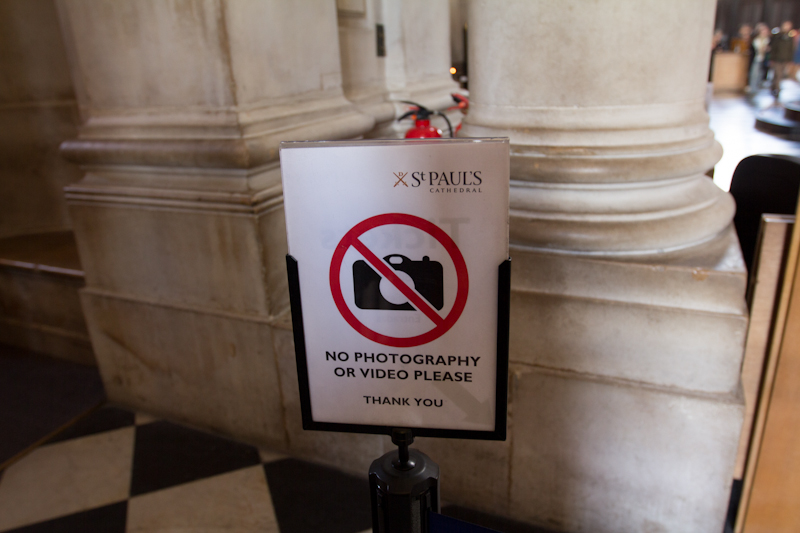 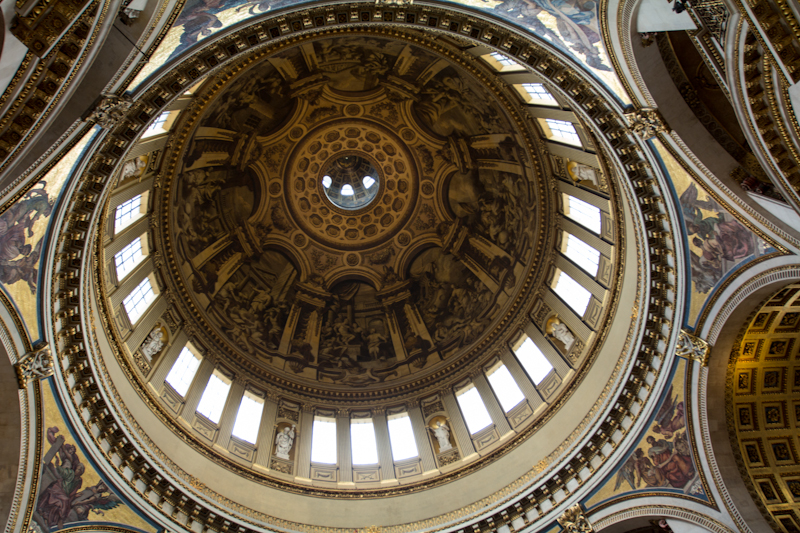 Looking up at rotunda ceiling 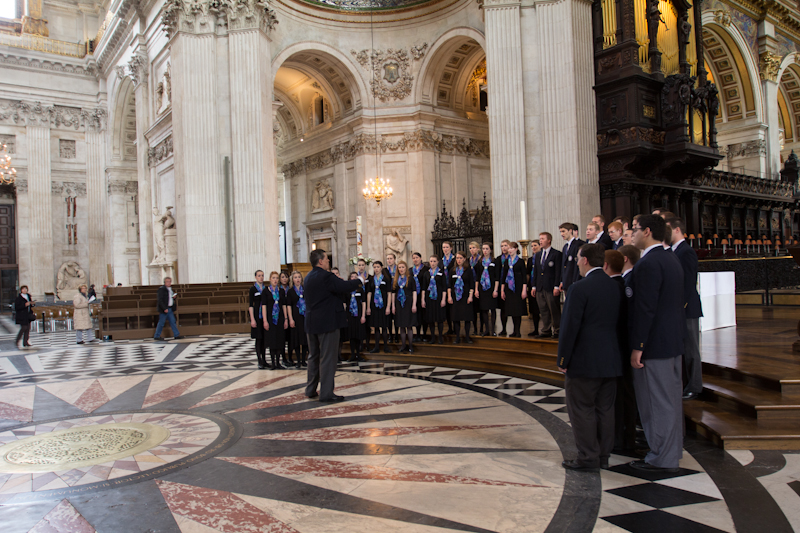 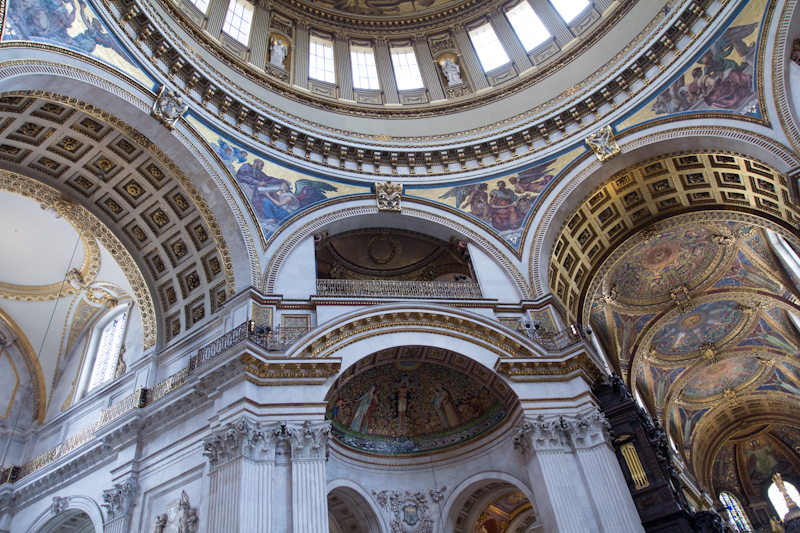 Singers had a break for lunch, then met for devotional to center their thoughts before the concert at 1:15. There were quite a few people seated in the rotunda area to enjoy the concert; we hadn’t been sure how many to expect. More family and friends of the Singers seem to be showing up every day; by tomorrow everyone will be here and no one will be home to read this account!

The choir sang with great energy and focus – it was just about perfect. When there is no applause until the very end, a lot can be sung in 30 minutes! The “music lady” (my guess is that she’s in charge of these lunchtime concerts) said that it was the best choir they’d had there in a year or more. 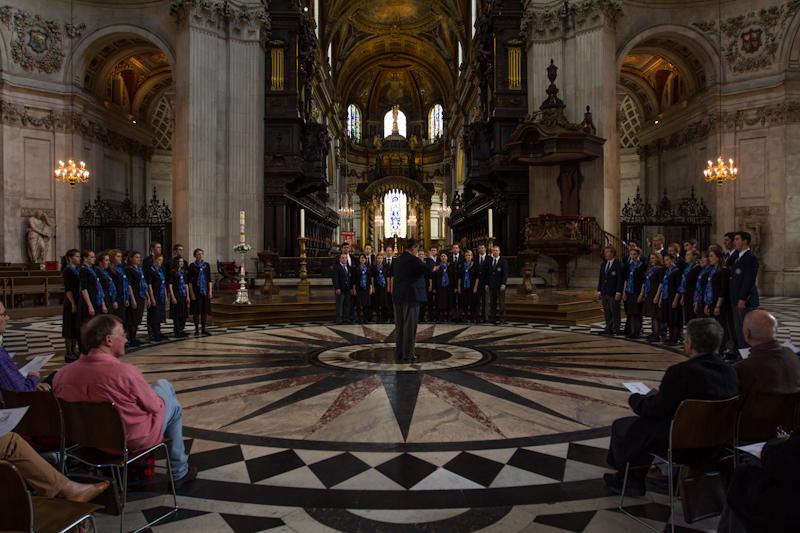 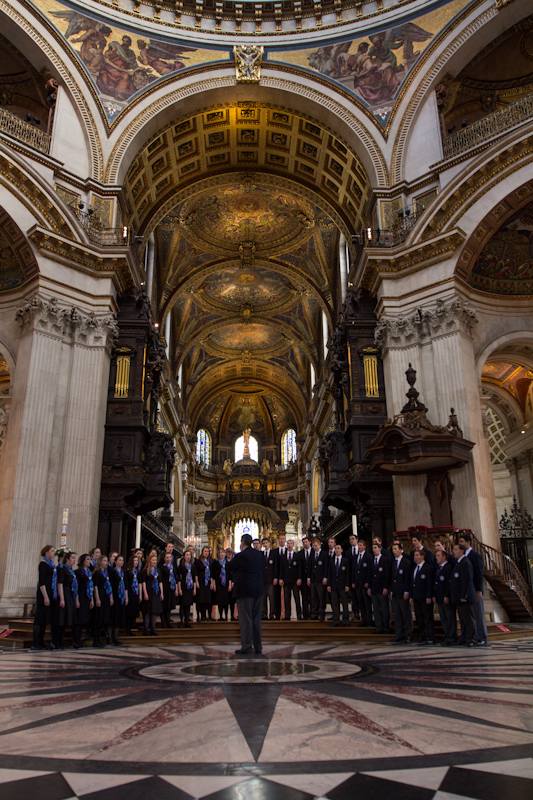 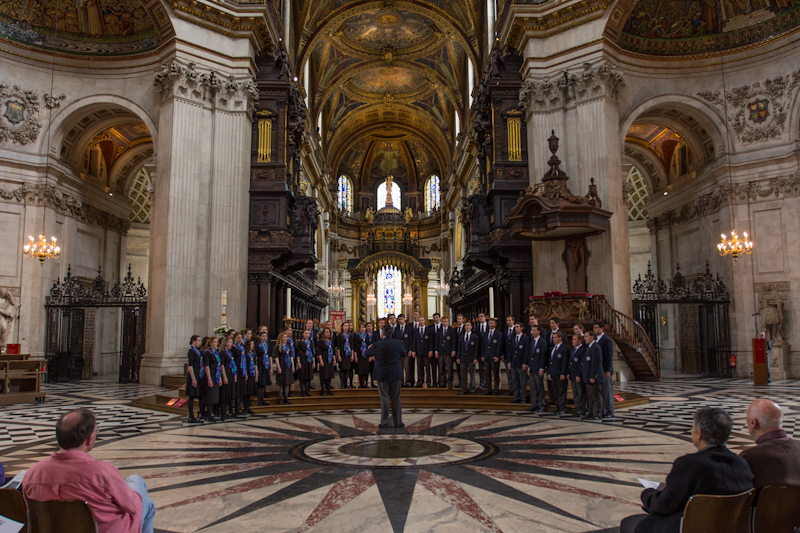 "How Can I Keep from Singing"

For those of you who know the repertoire this year, the 30-minute program was the Guerrero and Victoria, followed by the Persichetti, Paulus, Bradshaw’s “Oh Lord, I Would Hear Thy Word,” the Gjeilo, and closed with “How Can I Keep from Singing.” I loved hearing that last in St. Pauls! I wish you all could have been there – simply splendid. We celebrated with another group photo. And then the choir was surrounded by friends, family, and people from many venues where we performed earlier in the tour; they traveled to hear the choir again! 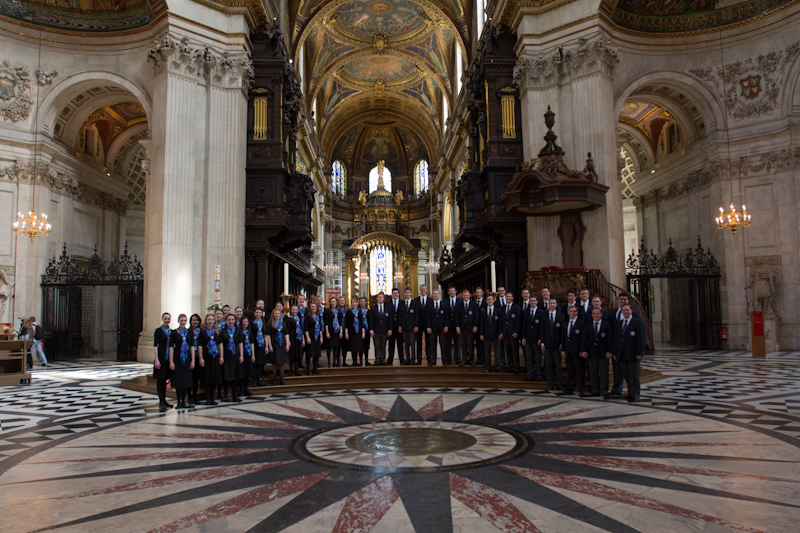 Group shot after the concert

And then we were free for the rest of the day and night as our concert was over by 1:45. Think of a tourist activity, and it probably was part of the day for someone. I think most of us picked a show on the West End and spent the evening with Simba or Glinda or Sweeney. I was with a group that walked for a while before going to our show. A few photos from the penultimate day of tour: 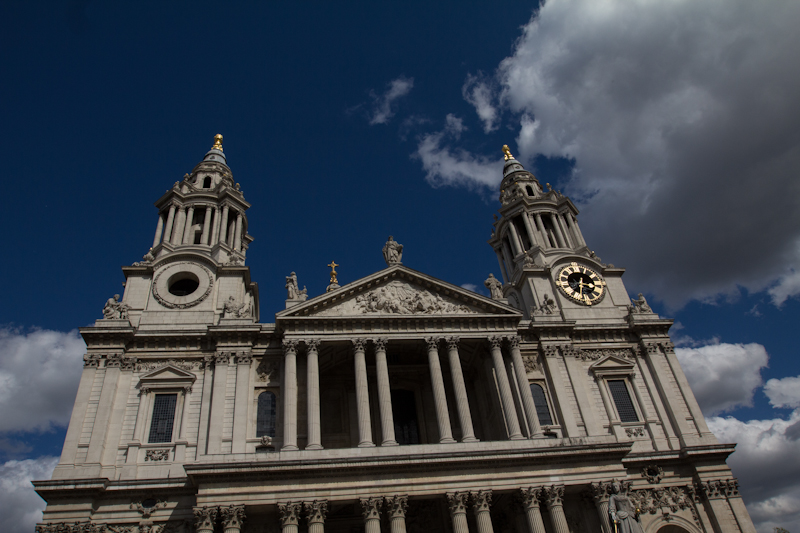 This gorgeous sky greeted us after the concert and remained the rest of the day! 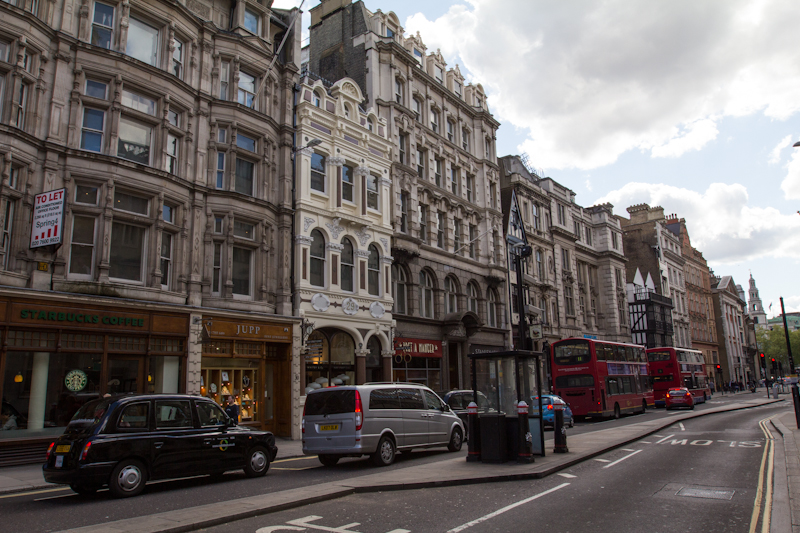 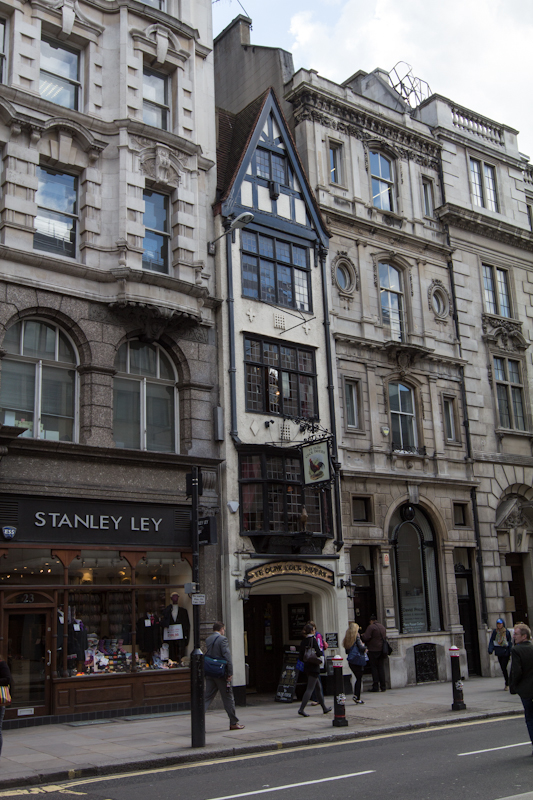 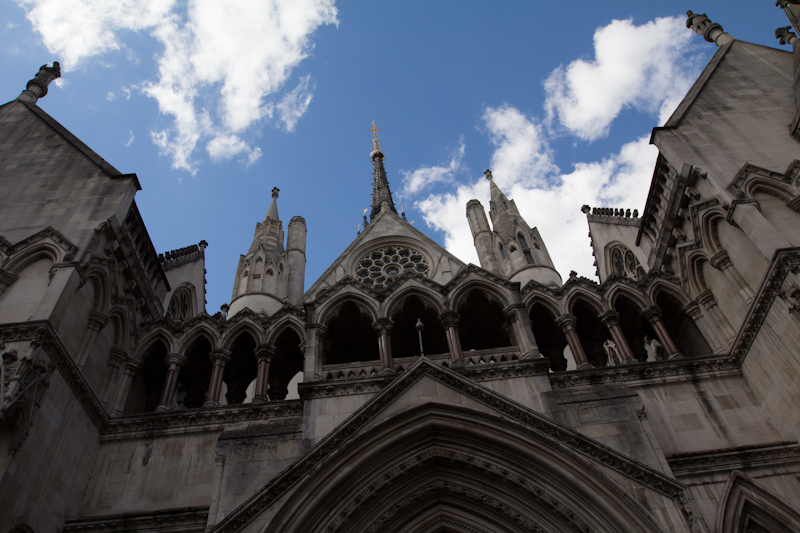 Old Bailey, where cameras and news crews were awaiting some infamous departure. 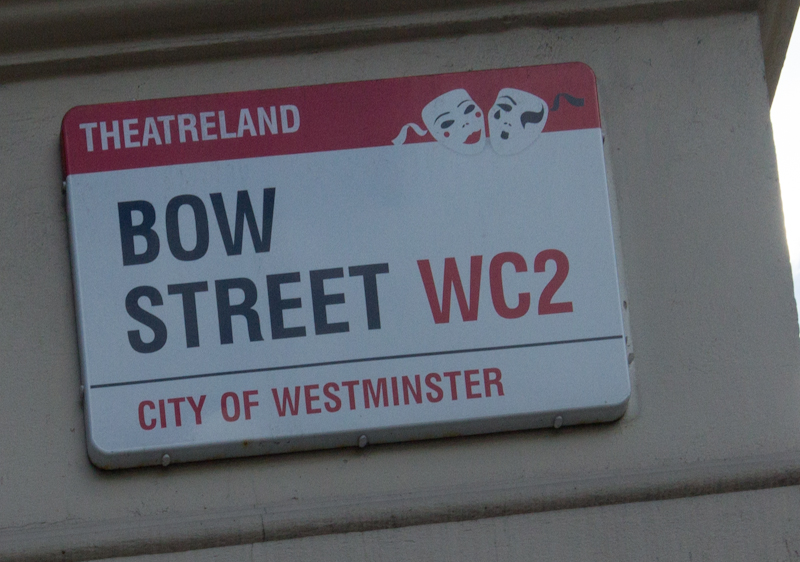 Not a barber to be found 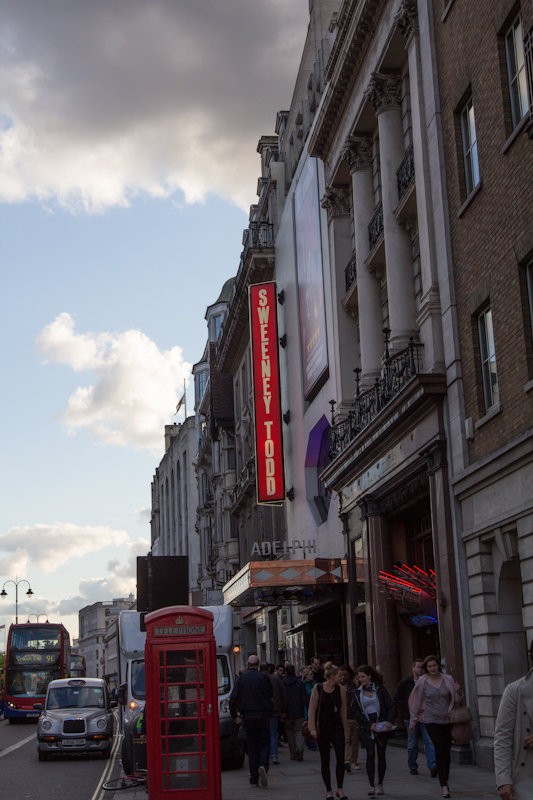