There are a few established truths on tours: the best hotels are the shortest stays; if you must get up incredibly early, that night goes extra long; and invariably the next morning also begins very early. That is the brief version of the day.

The more fleshed out story had us loading the buses shortly after 6 am in order to reach the airport in time for our last in-China flight, a very smooth flight, and a new city with new buses and new tour directors. We drove an hour to get to lunch, then drove another hour to reach our hotel; that pretty well took care of any time for sightseeing. What we saw out the window of Hangzhou showed a very beautiful city with lots of gorgeous trees, a lake we wished we could have stopped by, and the first individual homes in the city that we’ve seen. All else has been high-rise living. 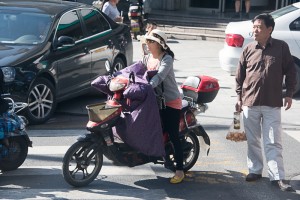 A scooter with protection for clothing.

After time for a very quick nap, we headed to the Zhejiang Conservatory for a short Singers rehearsal, and then a rehearsal with the Conservatory choir of the two joint numbers. This morning I heard why their choir was named “Eight Seconds Chorus of Zhejiang Conservatory”. They pride themselves on being able to change position on stage in 8 seconds–and I think they also change it every 8 seconds. This was a choir that needed to be seen to be appreciated. The choir enjoyed singing with Professor Yan as he conducted “The Colorado Trail”, then Dr. Staheli conducted “Muo li Hu”. The rehearsal ended with the now traditional selfies, which seems to be the new bonding method. 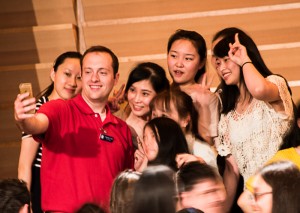 A tenor amidst the sopranos.

Tonight’s very fine concert in their beautiful concert hall was just about sold out. The audience was very enthusiastic, as was the Conservatory Chorus. I was very glad to hear “Ballade to the Moon” again on tour. And their “Leonardo” was incredible. We hope to be able to share some recordings/videos with you once we’ve returned home. 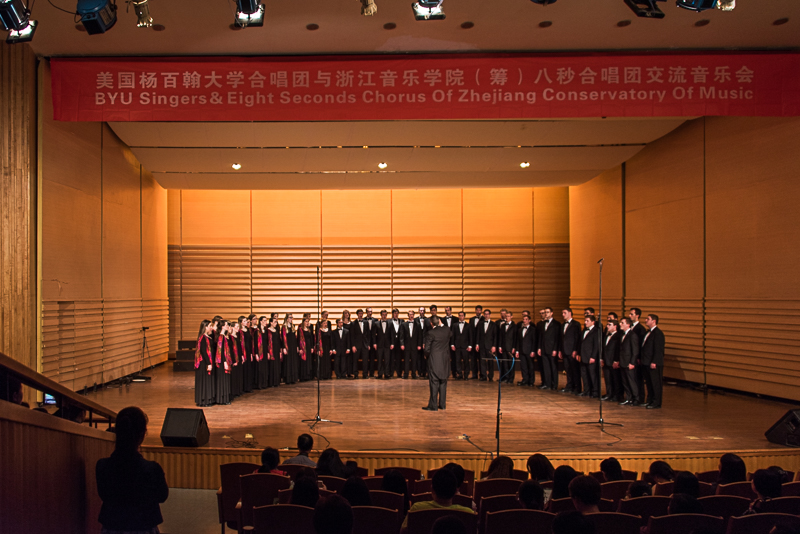 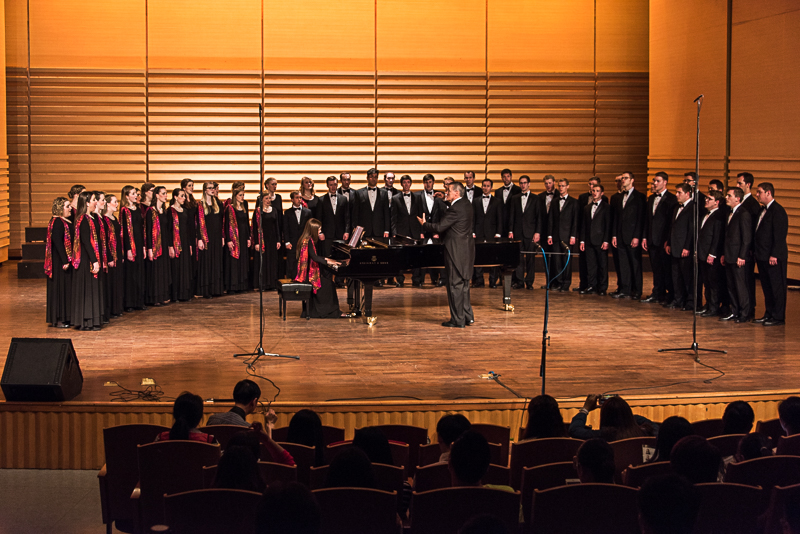 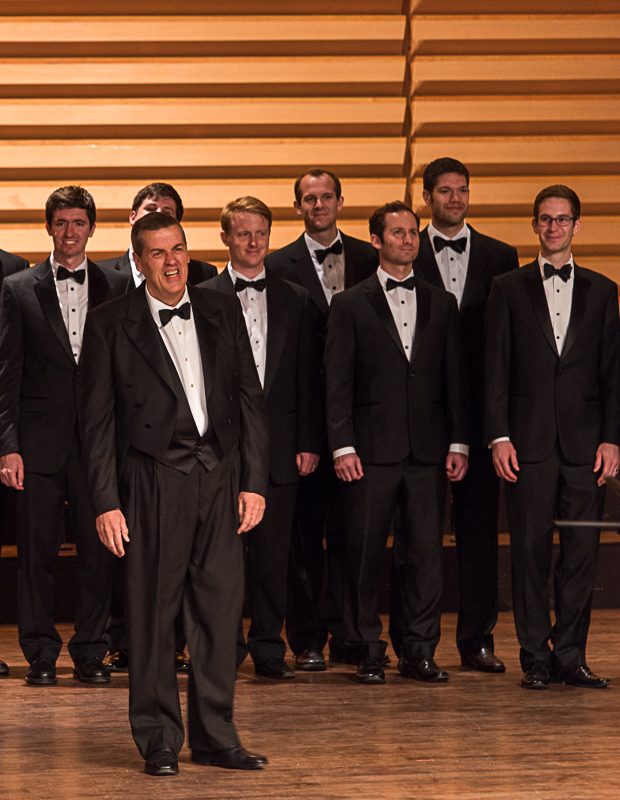 The Conservatory Chorus sang the second part of the concert, with a very lively repertoire and some choreography. The audience was primed and ready for it. 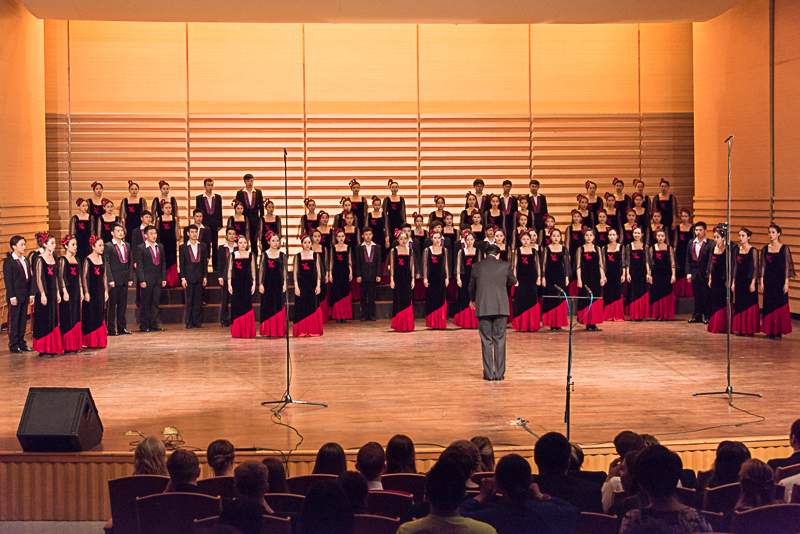 I do think they enjoyed the joint numbers as well. Florists in the area must be emptied of flowers; bouquet after bouquet was brought on stage tonight. We wish we stayed anywhere long enough to enjoy them! 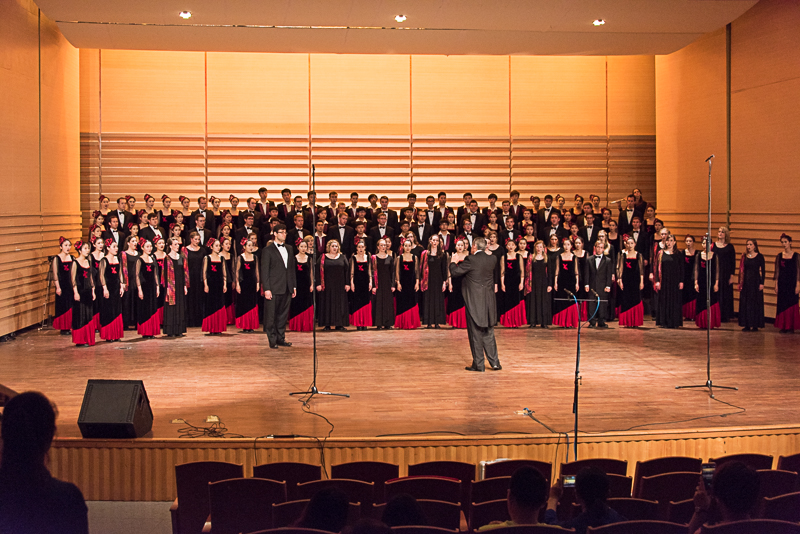 Our trip back to the hotel took around 45 minutes; it’s been a long day. We begin early again tomorrow to catch our penultimate train of the tour. But the concert tonight made up for any inconveniences or fatigue of the day–and the choir surely proved that they can sing an incredible concert despite challenging circumstances!

We’re sorry to leave Hangzhou so soon after arriving; it is a beautiful city. The pace of the tour has definitely picked up–and it has never been slow!