And now it’s our last day of tour, our last concert, and consequently the last blog entry from England. We have had such a marvelous tour seeing this beautiful country – even if mostly through rain-spotted coach windows, or running while holding a brolly in one hand and wheeling a suitcase or two with another. (The latter skill took a few days to develop fully.) 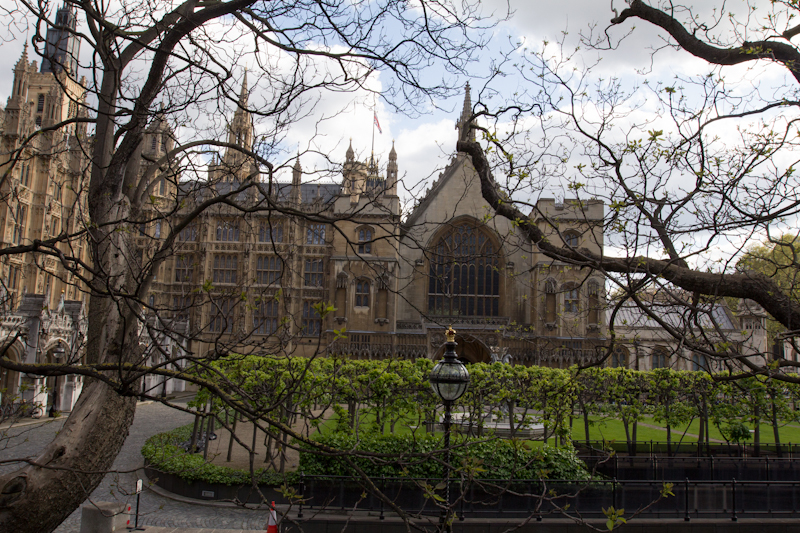 Westminster complex, complete with their own grapevines (on way to concert venue)

All the people we’ve met here have been incredible – there is a great deal of work and months of effort that goes into sponsoring a concert. Our sponsors have been so welcoming and considerate; it has been a joy to get to know them and our hosts. It’s been fun simply talking with random people on the street, or those sitting in the cathedrals as the choir rehearsed. (The rare exception might be T-Mobile, but the men working in the 4 or 5 stores we had to visit were mostly cordial even while being remarkably unhelpful… We’ve had “expect a miracle” as a theme this year of choir, and having working broadband to post this every night despite T-Mobile falls into that category.) 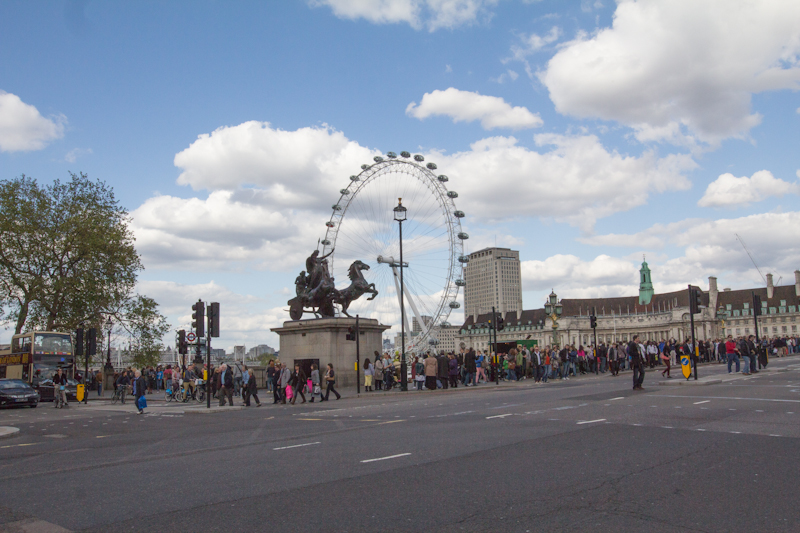 I’ve said it several times before, but on behalf of all of us on this tour, I want to again sincerely thank all in England who made this tour possible through sponsoring us or attending our concerts – we could not have done this without you. And we send equally heartfelt thanks to all of you who stayed at home (not quite everyone has flown over to England yet!) – spouses, fiancés, parents, friends, and everyone else who is eager to see the Singers after three weeks away. I know they will share their own photos and experiences with you that could not be put in the blog. 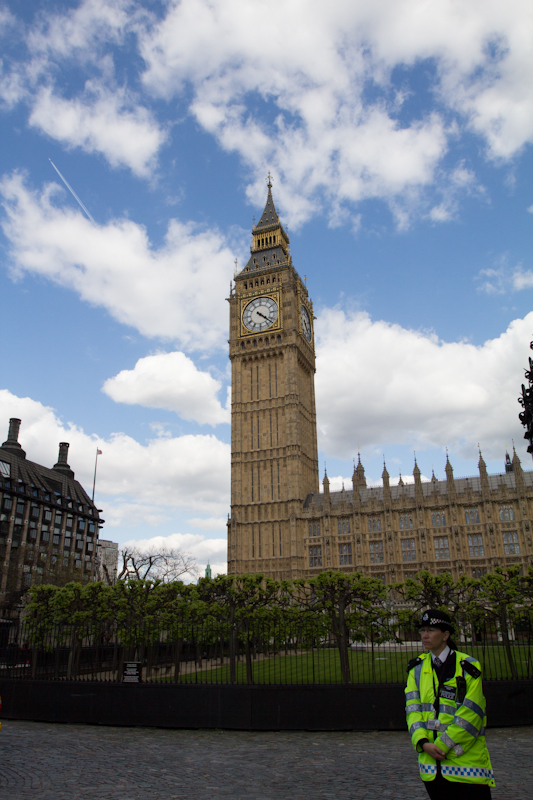 I cannot possibly quote all of the comments, compliments, and messages we have received and continue to receive from all over southern England. It is clear that BYU Singers have had a significant impact here, and we are all grateful to have had a part in that.

Our BYU Singers are a group of remarkable young men and women of whom I expect great things in the coming years. Apart from the musicianship and talent that brought them to this point, they are strong and flexible and full of faith. A saying in Great Britain during World War II has recently become popular here again: “Stay calm and carry on.” That attitude has been necessary every day through this year and this tour, and I love the choir and leaders who have exemplified it so well. 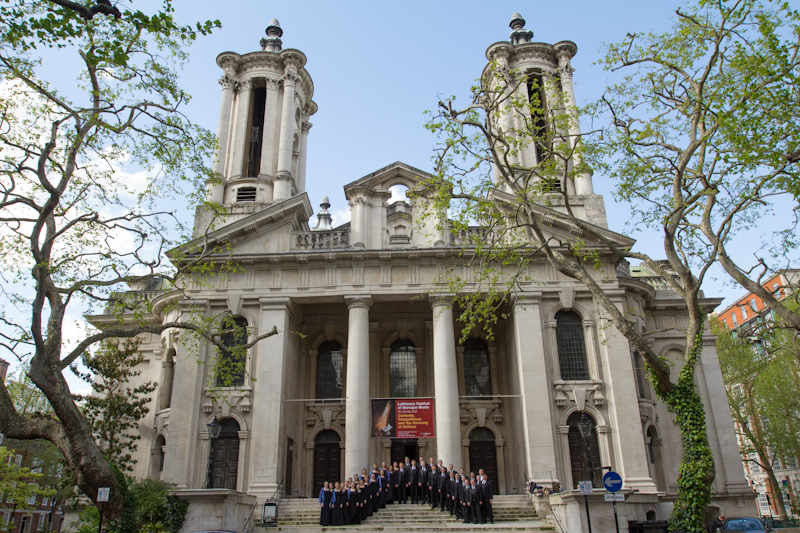 Personally, I’m grateful for a conductor who never settles for anything short of perfection, and who still strives for that as tour is ending. We’ve had very good tour management and health care with Rex and Dixie Barrington, and extraordinary guidance and cultural information (and stirring music!) from Rosalind Hall. And every one of us is glad Sister Staheli was able to be here as support, digital recorder engineer, and BYU Singers’ greatest fan!

In many ways this has been a groundbreaking tour as we’ve performed in far more halls that have brought in more of the community and dignitaries; we’ve also had several interviews with BBC and had the Cardiff concert recorded for broadcast by BBC3 in June. I’m glad to see BYU Singers’ reach and renown expanding.

We had some more tourist hours today before spiffing up for our final concert at St John’s, Smith Square in London. This is a concert site we’ve been eagerly anticipating since we first heard we had it as a venue. It is in the heart of Westminster, and is one of London’s major concert venues and favorite historic buildings. Built as a church in 1728, and remodeled and restored after severe bomb damage in the Second World War, St. John’s is one of the finest examples of English Baroque architecture. St. John’s has been dubbed “Queen Anne’s Footstool” due to a legend that the architect, Thomas Archer, consulted Queen Anne on the design of the new church. In reply the monarch petulantly kicked over her footstool and snapped, “Like that!” Thus the four towers are said to give the building the semblance of an upturned footstool. The corner towers were actually added to stabilize the building against subsidence.

We had a drop-in guest during warm-ups – Eric Whitacre, as he couldn’t make it to tonight’s concert. The choir was delighted to meet him and sing “Water Night” for him, and he promised to visit Utah soon. BYU Singers has had a good relationship with Eric since 1996, and that will continue if the rapture Eric showed today is any indication! It was good to see him again. 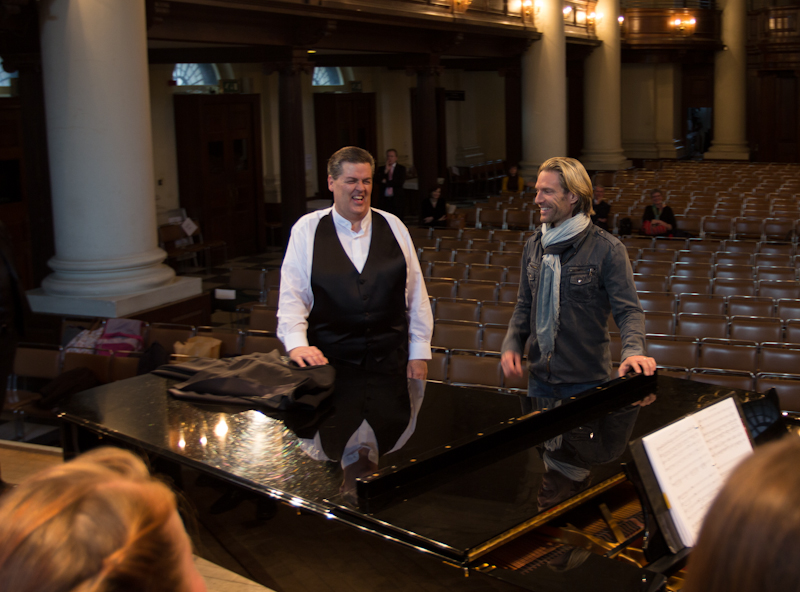 Eric Whitacre & Dr. Staheli at today's rehearsal prior to the concert

The house wasn’t as full as expected when we began, but it quickly filled up as the concert progressed. Getting to a venue on the Underground must be a bit of a time challenge.  The choir was greeted with great approval and appreciation, and the concert was a great success. The hall was as wonderful to sing in as was advertised, and the choir has been in prime performing mode this last week. Tonight was a wonderful way to end a very successful tour. After three standing ovations and encores, Dr. Staheli led the way off stage or the choir might still be singing. I think the audience would have stayed to hear it! As Stephen Jones, Dean of the College of Fine Arts and Communications said, “That was a world-class performance; not just a national-class performance.” We’ve had Dean Jones and his wife, Wendi, with us the last few days, as well as Kory  & Carolyn Katseanes (Director of the School of Music) once more. We have been glad to share our tour with them. 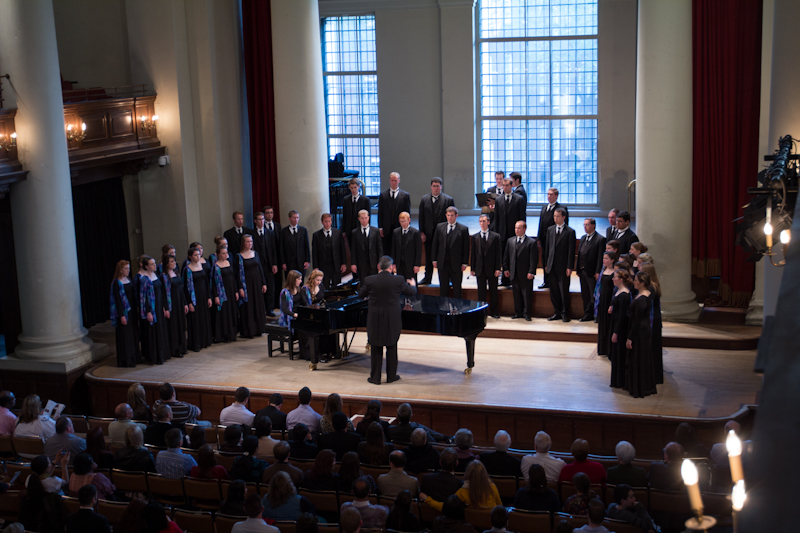 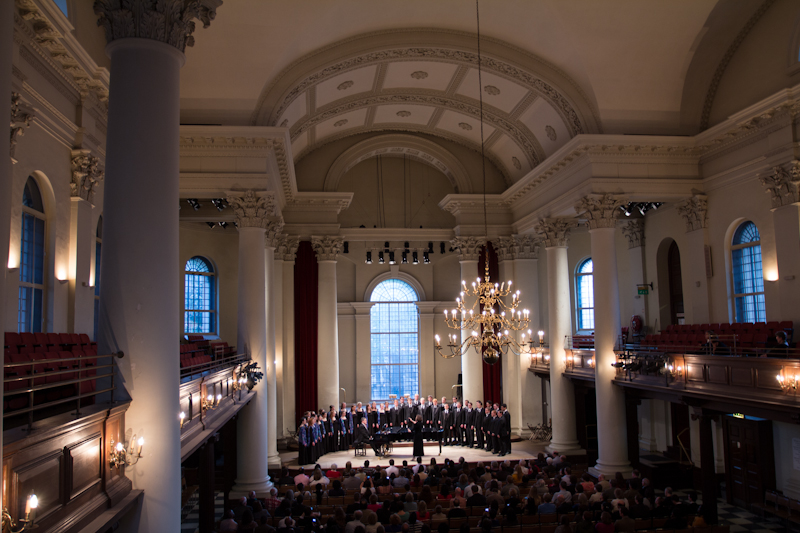 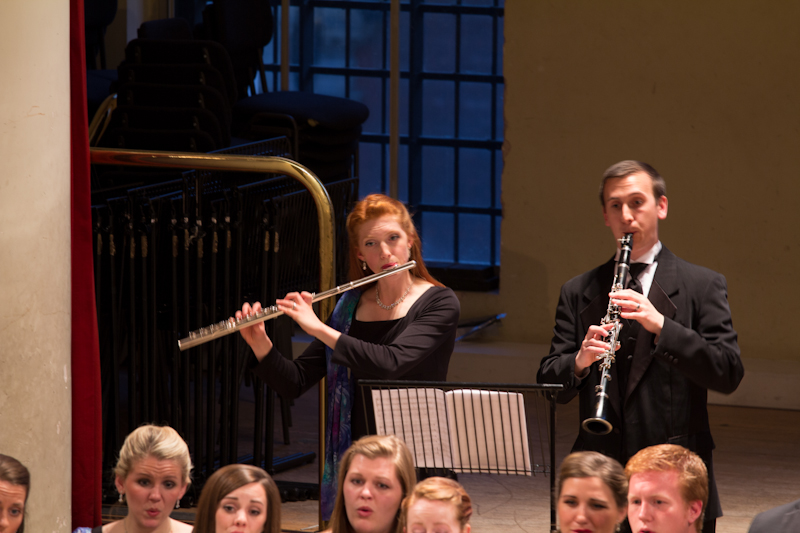 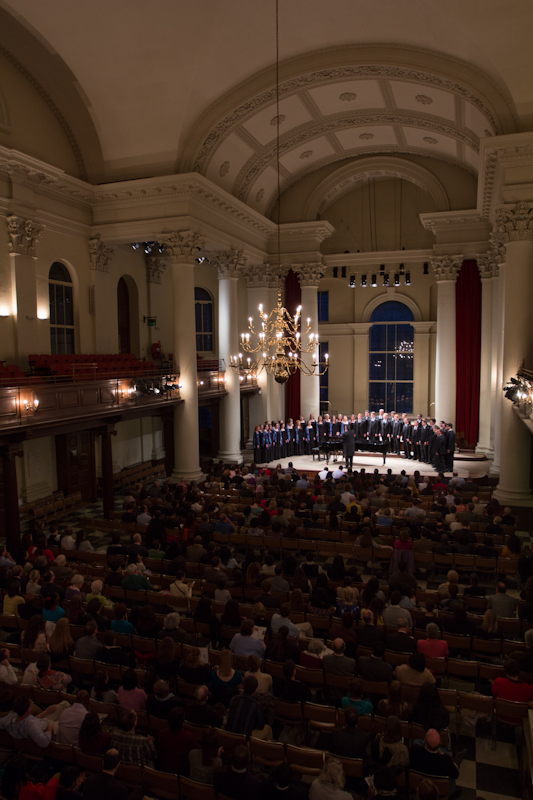 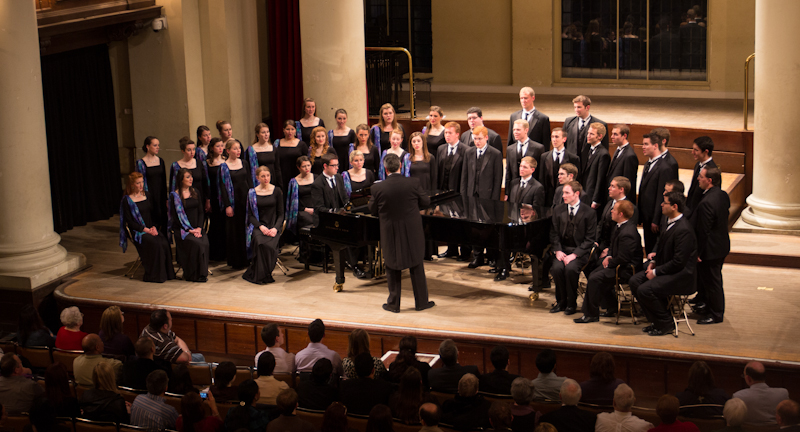 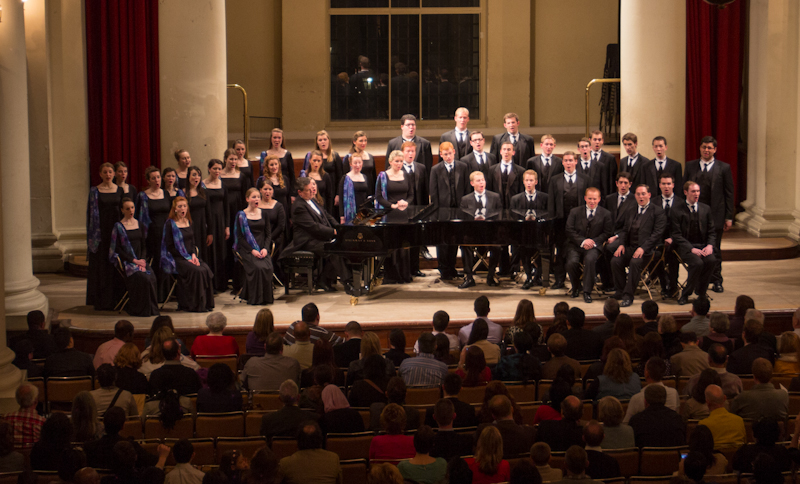 A final "Hold On" 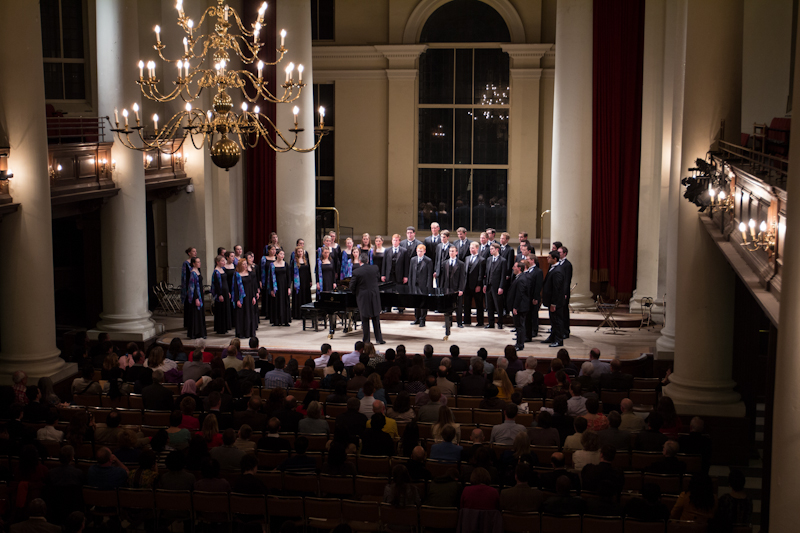 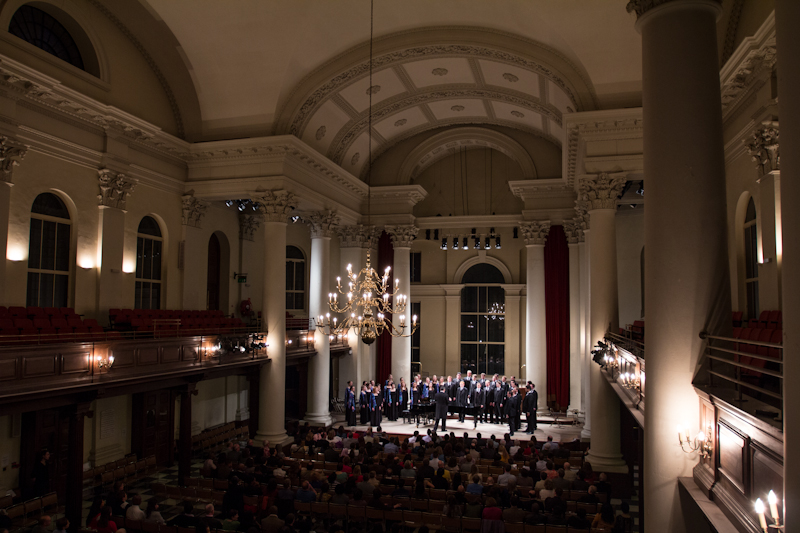 And a final song

Lots of hugs and photos later, we finally made our way out of the concert hall to the tube, and then to the hotel via an ice cream shop. It is always difficult to say goodbye at the end of a tour as about half of the students will have moved onto new adventures by next fall, and will not be singing in the choir again. 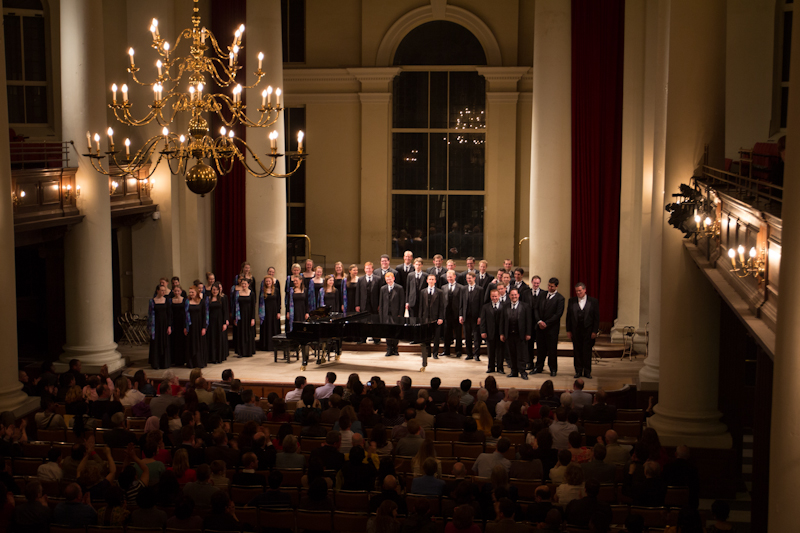 I am just dropping in photos as they come up tonight – all this text needs breaking up, but it all needed saying. And here’s a wave and a thank you to all of you who have read this blog, and especially if you’ve commented. I appreciate knowing that anyone was reading it!

We meet at 8 am tomorrow to load the bus one final time, though 10 or so who are doing post-tour travel will be saying goodbye at our hotel. We will lose a few more in Minneapolis, and then there will be a huge dispersal in SLC as spouses and family meet their Singers at the airport. There will probably be about 5 of us who actually continue on to Provo! 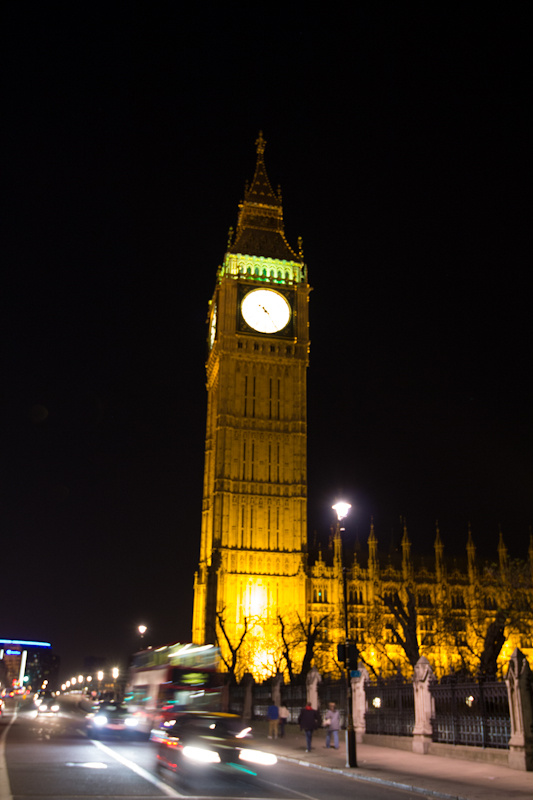 I thank you and bid you adieu as we reluctantly ready ourselves to leave “England’s green and pleasant land.”