It is hard to believe we are into our last week of tour. It is now flying by, but we’re making the most of every minute. After gathering from two different wards where the choir members were fed breakfast, we headed to the Nightingale House Hospice, where terminally ill cancer patients are given free care. Tonight’s concert was a benefit concert for the hospice. The choir sang a mix of hymns and a few of their own pieces; “Balm of Gilead” and “Homeward Bound” seemed most appropriate. Only half a dozen patients were able to leave their rooms to see the choir, but we were told that the songs resounded down the hallways and all could enjoy them. All who sang were touched. 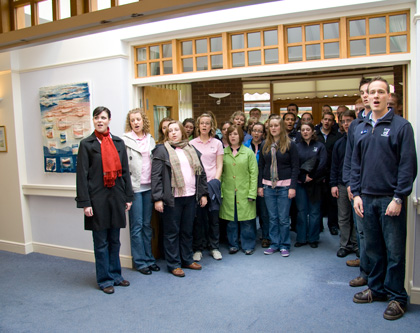 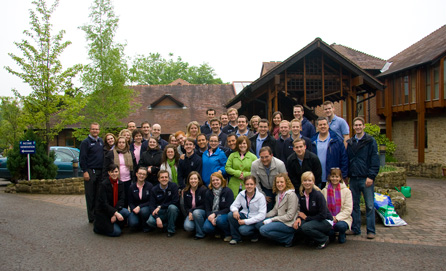 In front of hospice

We spent the day going back and forth between England and Wales, landing in Chester, England for three too-short but delightful hours. This is a city with 2000 years of history there to see: Roman, Medieval, Tudor, Georgian, Victorian. There is a wonderful building to see everywhere you look, and this is now on my Must Have Return Visit list. The buildings have been carefully restored and preserved, with very upscale restaurants and shops in them now; notice there are two levels of shops. I got a kick out of seeing Disney and Apple stores housed in the midst of all the Tudor buildings. 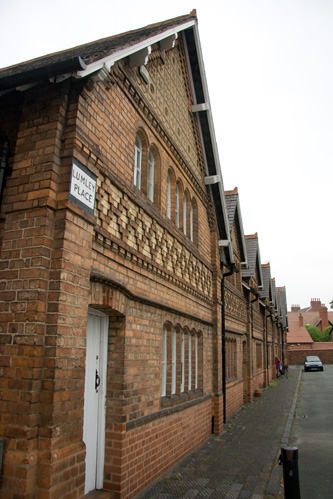 Lumley Place: could it be more British? 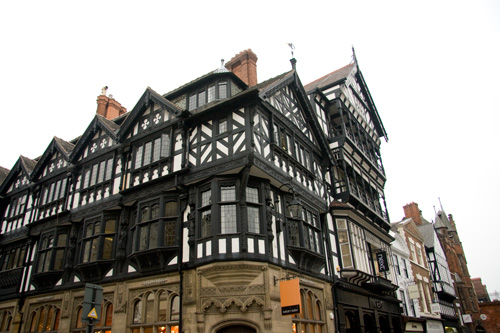 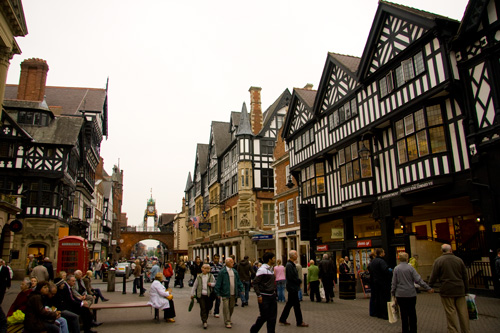 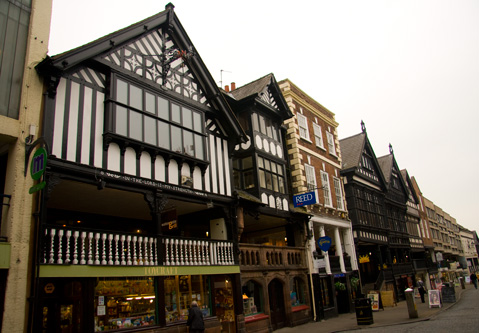 A small group of us finally found traditional fish and chips that we have been searching for since we arrive in the British Isles. Delicious, and the restaurant was housed in a charming Tudor home with 4 floors. The waitstaff there certainly got their exercise! We chose to spend our remaining time in the cathedral, and it was not nearly long enough. I cannot restrain myself from including a few photos taken there. This cathedral is 1000 years old in parts, with wings and chapels being replaced or remodeled or added on since it was founded in Medieval times. It is huge, but yet somehow intimate with all of the chapels. It is still used for services of the Church of England. I’ll let the photos tell the rest. 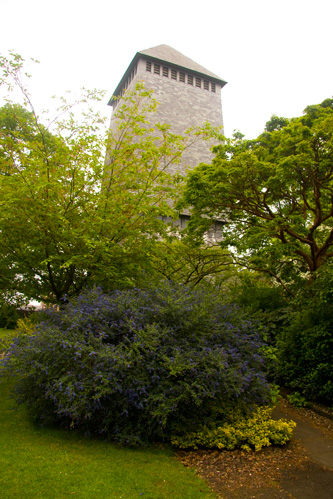 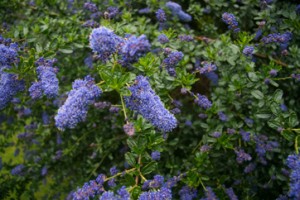 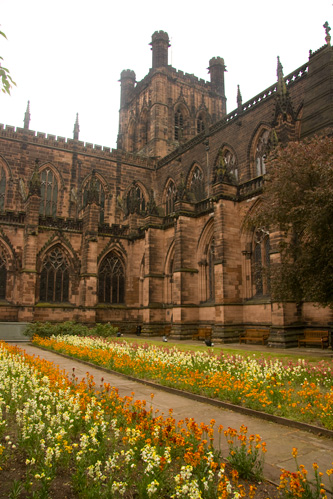 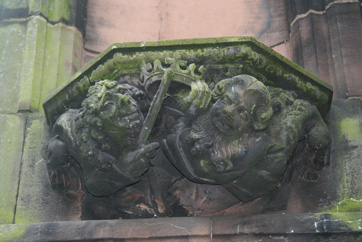 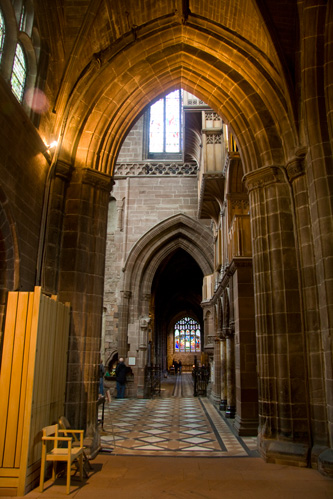 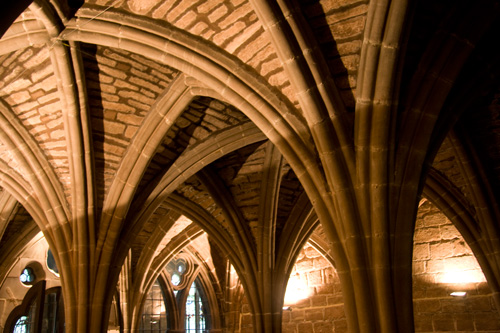 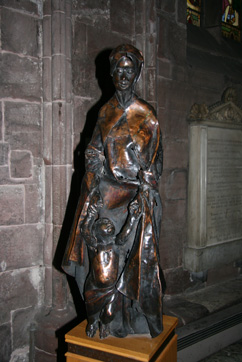 Rare statue of Mary and Jesus as toddler 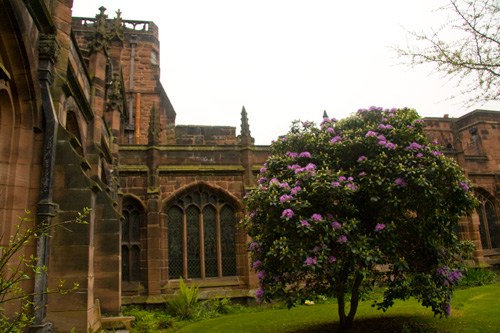 We dragged our feet a bit leaving Chester, but perhaps some of us may return some day. Not long after our arrival back at the chapel, a buffet table of wonderful food provided dinner. Actually, some very hard workers provided dinner, and we are very grateful for their time and efforts for us. Every day brings new tasty treats and cultural points from Sister Hall as we try new foods. 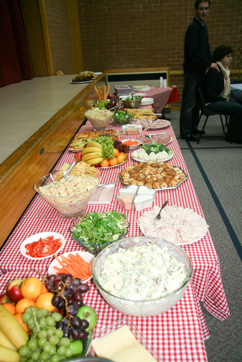 At the Glyndwr University (glin-dooorrrr) we were thrilled to find a beautiful concert hall with good acoustics. A good-sized audience started showing up well before the concert began, and we took that as a good sign. Indeed, the choir sang a great concert that was very well received. Our Gershwin set and “She’ll Be Comin’ Round the Mountain” give the best face and action shots, so you keep seeing them. I’ll let the photos finish this blog. 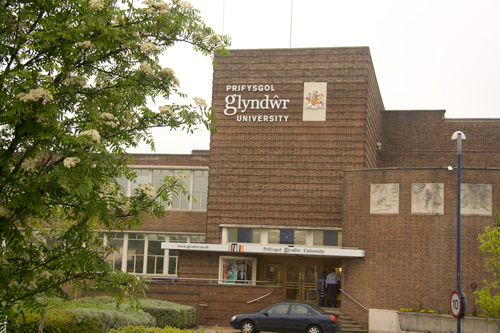 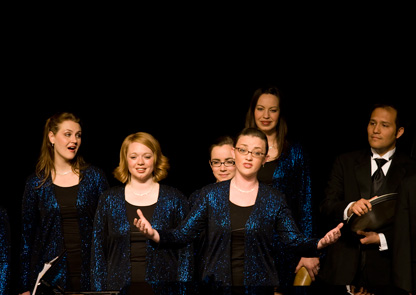 "Turn the World Around" 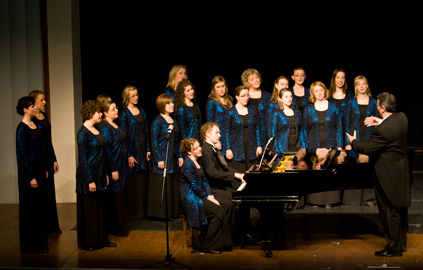 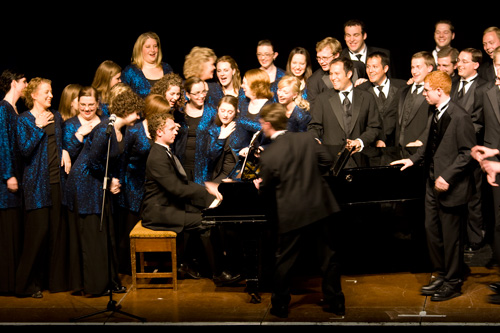 "Fascinatin' Rhythm" and the center of attention 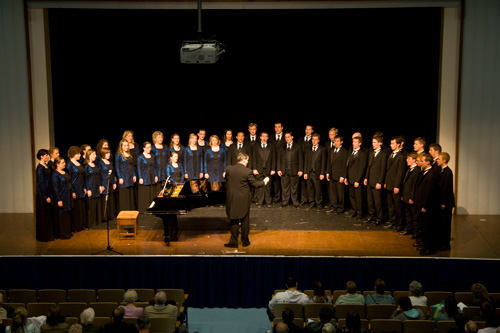 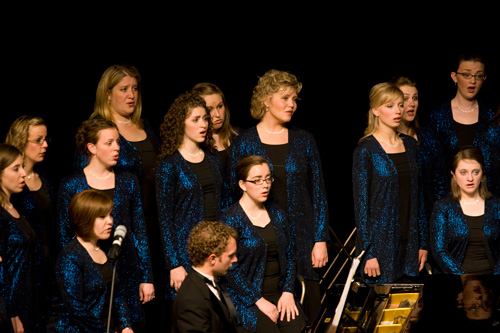 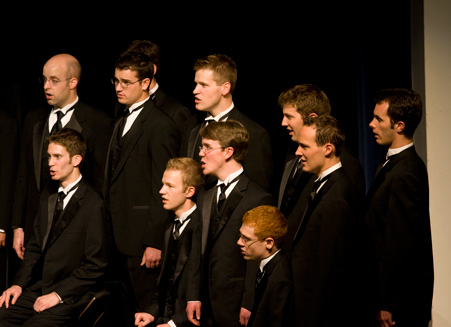 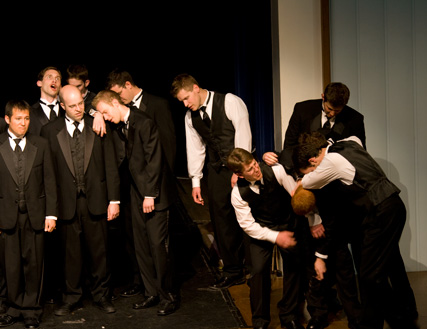 Oh, she'll have to sleep with grandma... 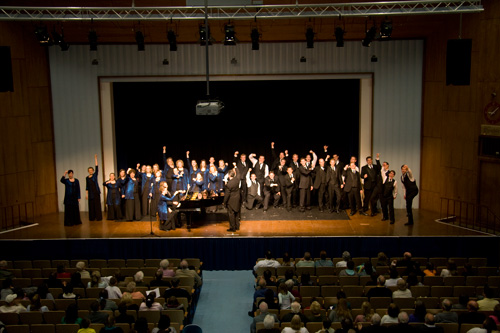 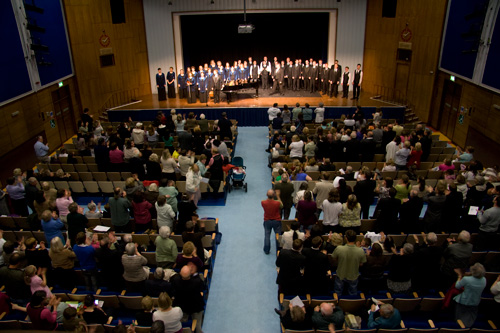