Today was totally and completely aimed at tonight’s competition. The choir has been allowed some easier mornings since we arrived here, with rehearsals not starting until 10 or 11 a.m. each day, and then going hard and fast at activities until bedtime. That is easing us into the new time zone, and also allows for the tasty breakfast buffet. (That is a very important part of the day for many of the group.) 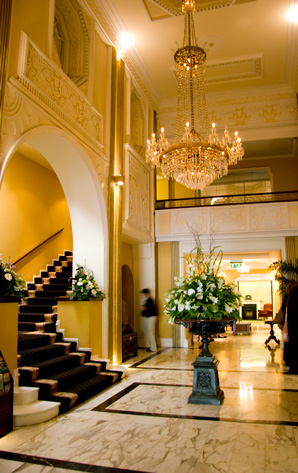 This morning was the last rehearsal before tonight’s concert. Singers worked hard for Dr. Staheli and for themselves, and got their music as near perfection as they could. After a quick lunch wherever lunch could be found nearby, we were off and walking once again to the Cork City Hall for the first session of the Fleischmann International Trophy Competition. 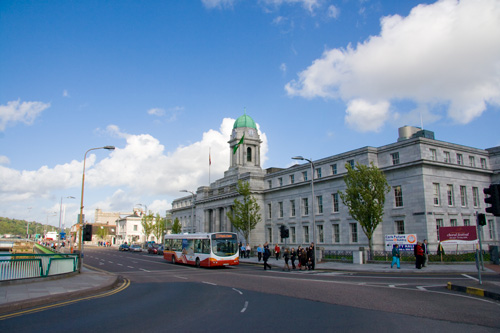 Between the two sessions, we heard choirs from Switzerland, Poland, Ireland, Italy, Norway, Germany, Slovenia, and Sweden. Truly international. If you’d like to learn more about the Cork International Choral Festival, their website is www.corkchoral.ie.

(I have been reminded to show more shots of people and not just places, so I’ll try to make you lonesome spouses, fiances and parents a little happier. But I cannot show everyone in every blog!) 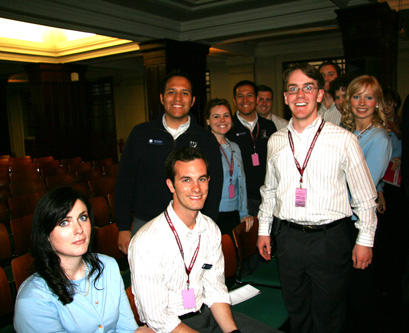 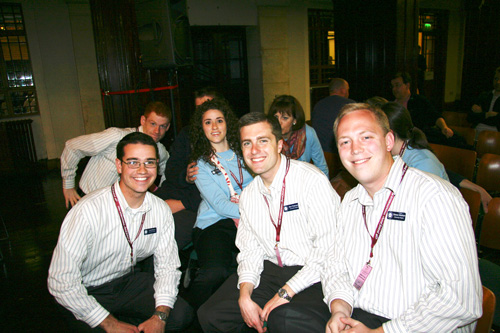 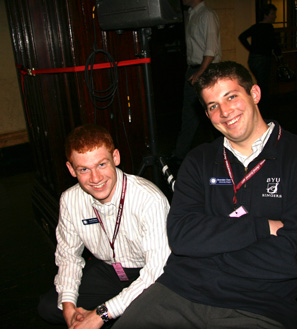 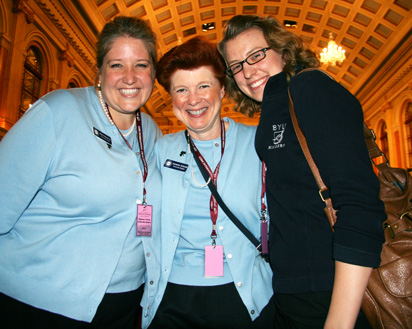 These were all very fine choirs. It’s always interesting to hear the wide range of sound and choral concepts that various regions and conductors have. There were youth choirs, men’s, women’s, and mixed of all ages. Really quite a variety—I’m not too sure how one judges such disparate choirs.

At the end of each competition session, we were treated to a Cork Irish Dance Company, which was absolutely fantastic. Nothing like Irish dancers in Ireland! We cannot figure out how the young men kicked so high; there must be hinges instead of joints in their hips. Amazing and great fun to see both performances. 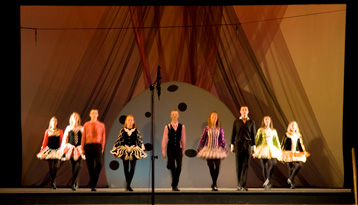 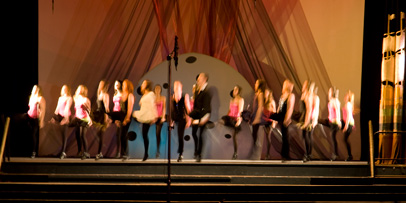 They kicked faster than my camera could manage.

A quick dinner sandwiched in between sessions (and yes, that’s what many of us ate) and a change into concert attire, and we were off to our own competition. The choir sat in the audience and listened to the first three choirs, then left to warm up before their own performance. For those of you who know their literature, they sang Monteverdi’s “Cantate Domino,” Rheinberger’s “Kyrie” from Mass in E-flat Major, Mawby’s “Alleluia, Chistus resurrexit,” and Knauf’s “Gloria.” 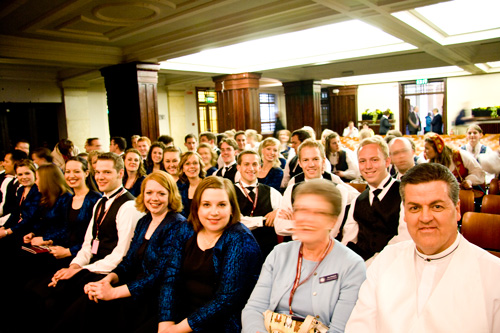 The performance was absolutely stunning. Wonderful. Possibly the most beautiful Rheinberger I’ve heard them or anyone else sing. The audience loved it, and Singers and Dr. Staheli were very, very pleased. We were so happy for them, and proud to be associated with them as friends and musicians and as representatives of America, the LDS Church, and BYU. We will hear late tomorrow afternoon the results of the judging, but it really doesn’t matter if BYU Singers officially won or not. All know they have worked their hardest, and achieved their best. That is a wonderful accomplishment in and of itself. And the joy on their faces as we four who watched in the audience met them after the performance said it all. 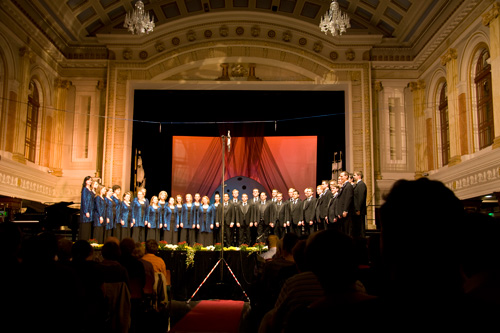 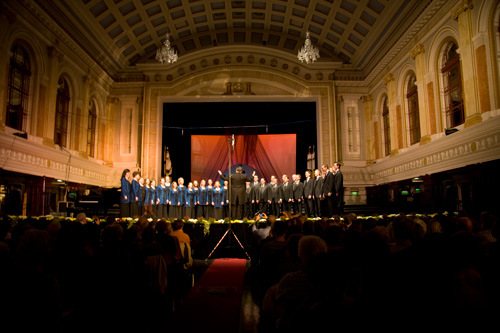 Just look at those faces!