We began today as we did yesterday, with some meeting us at the coach where the leaders were, and the rest being dropped off at the Rhiwbina LDS Chapel in Cardiff. (I’ll let you figure out the pronunciation of that one – a few vowels seem to be missing in Welsh.)

After a drive of two hours, we reached Cheddar. And yes, Cheddar cheese was invented here around 1170, where it was matured in the Cheddar caves. The area itself is documented to an age of around 10,000 years. The oldest skeleton ever discovered was found in 1903, and was dated to 7130 B.C. 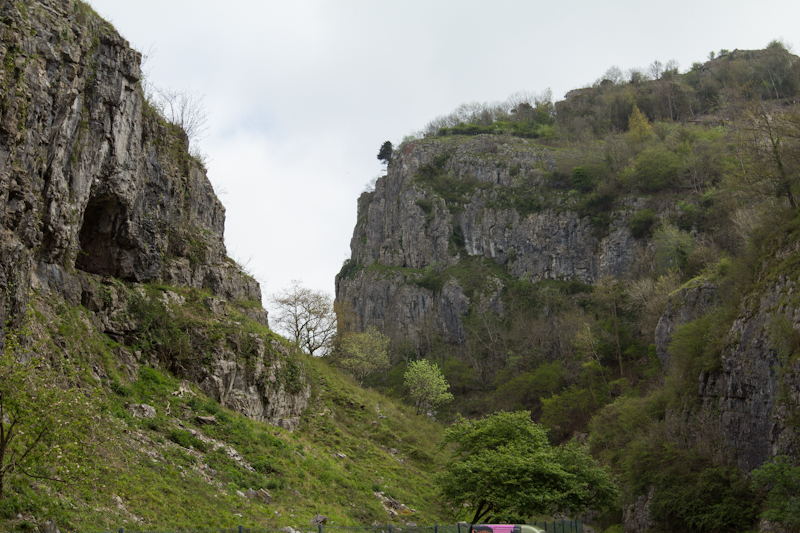 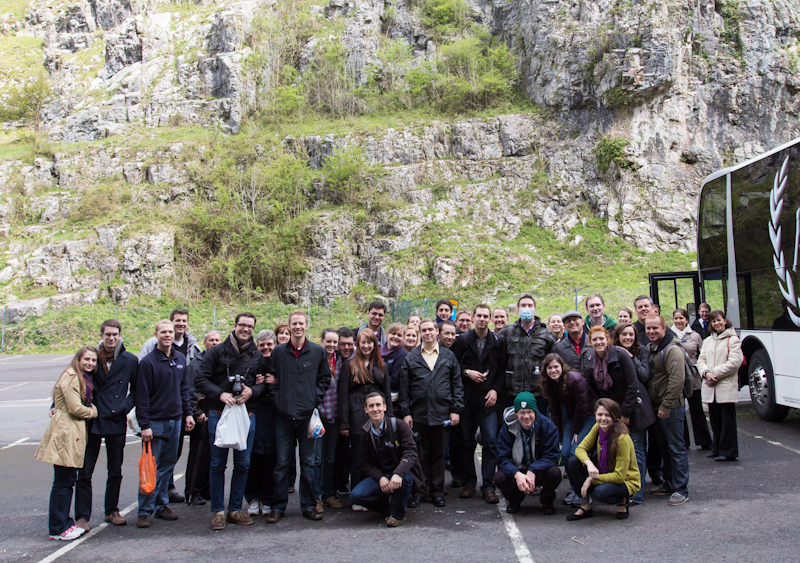 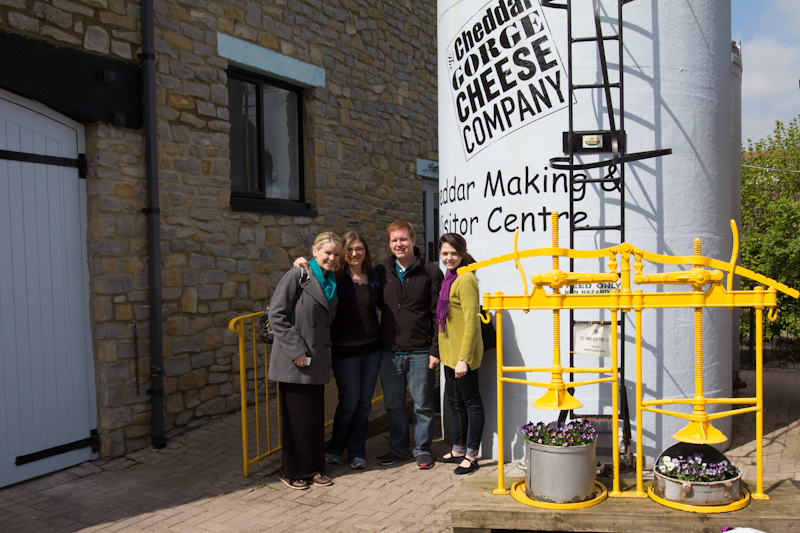 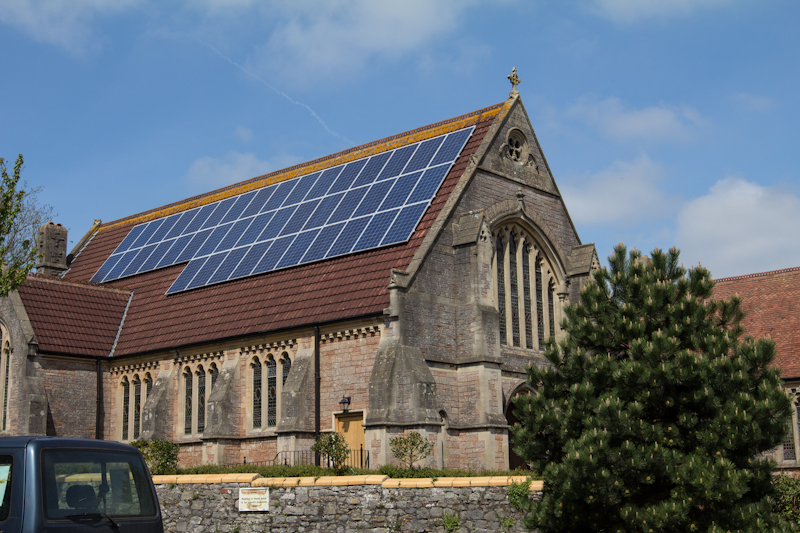 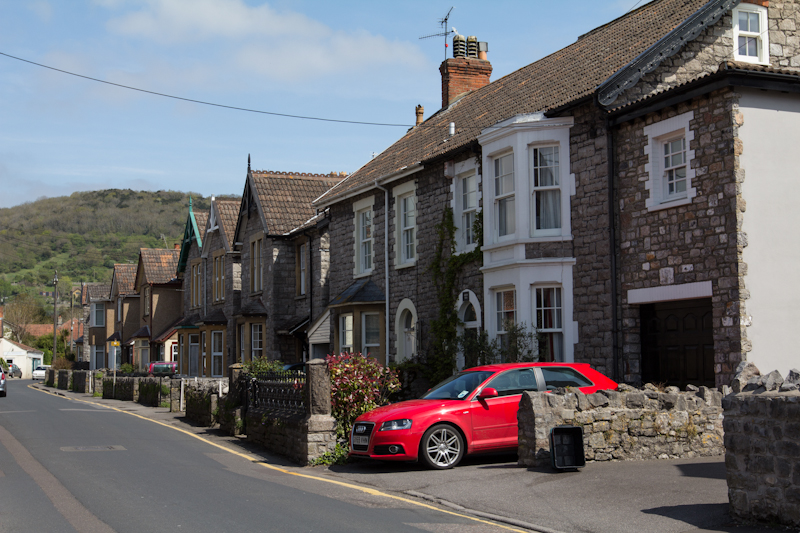 Row of homes in Cheddar

We had a dual purpose in the stop: seeing the caves (though the best cave was closed due to flooding) and checking out the cheese. The steps they go through to make it by hand were truly fascinating. Those of us who entered the cheese visitor centre were able to see the process. There were bits of varied flavors and differing maturities of cheese we were allowed to sample before choosing any to buy. Delicious! The cheese inspired us to walk further into the town to find a bakery with good baguettes. Along the way we satisfied my personal reason to be there; being close to Devonshire, we were finally able to find scones with jam and clotted cream. It was positively sinfully good. Our group missed the bus ride up to view the gorge as the driver took an unannounced break for lunch – but that gave us a chance to sit in the sun and enjoy our cheese and demi-batons. We had lovely weather through this stop, and it was a gift to take off our coats and enjoy a little sun and warmer temperatures. It lifted our spirits quite a bit. 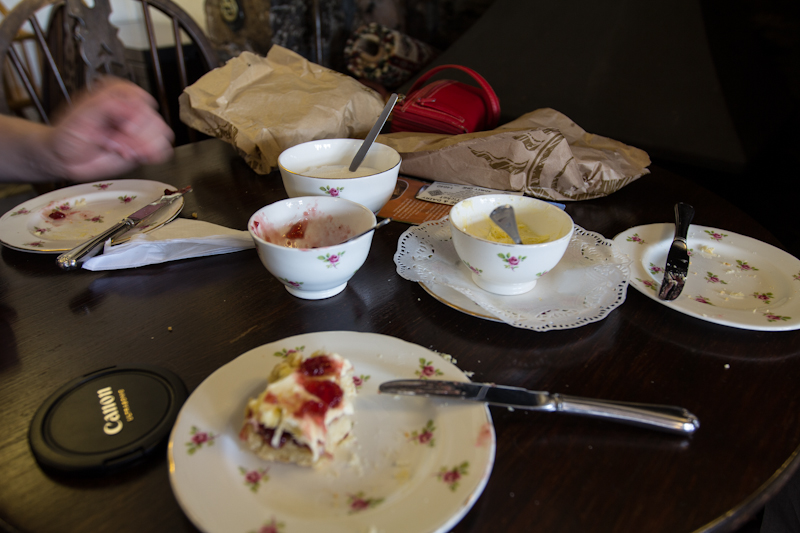 The remains of the day: clotted cream, scones, and jam

The real second reason for the stop was to allow us to miss the traffic jams in Exeter caused by Queen Elizabeth earlier in the day; she is touring around Great Britain in honor of her diamond jubilee – a trip that wasn’t yet scheduled when our concert in Exeter was set up. We arrived in time to take a quick side trip to the beautiful Exeter Cathedral where the professional choir The Sixteen was rehearsing for their own concert tonight. Seeing the cathedral again brought back many memories of the 1999 concert Singers gave there. The square surrounding the cathedral (as well as every other grass surface and outdoor café) was thick with people enjoying the rare dry, warm day. 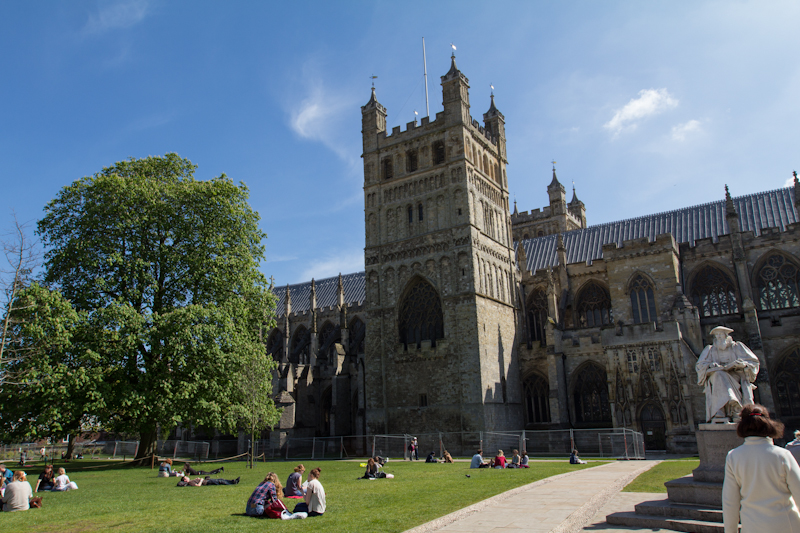 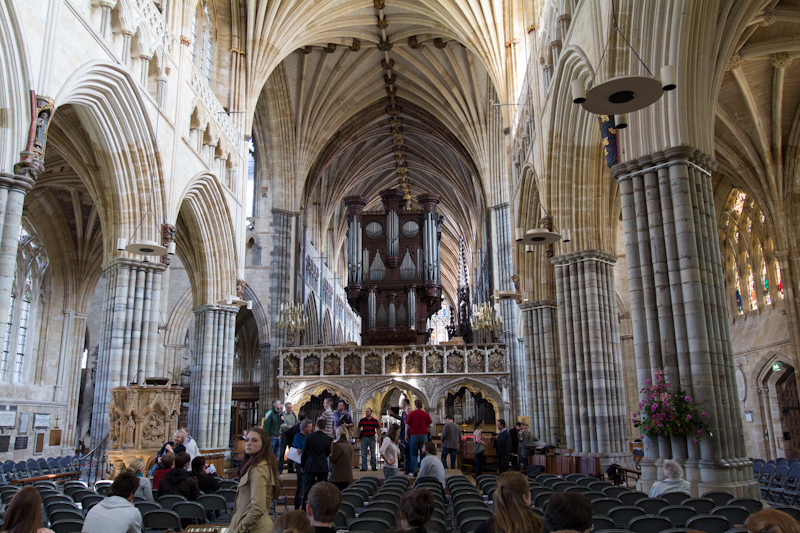 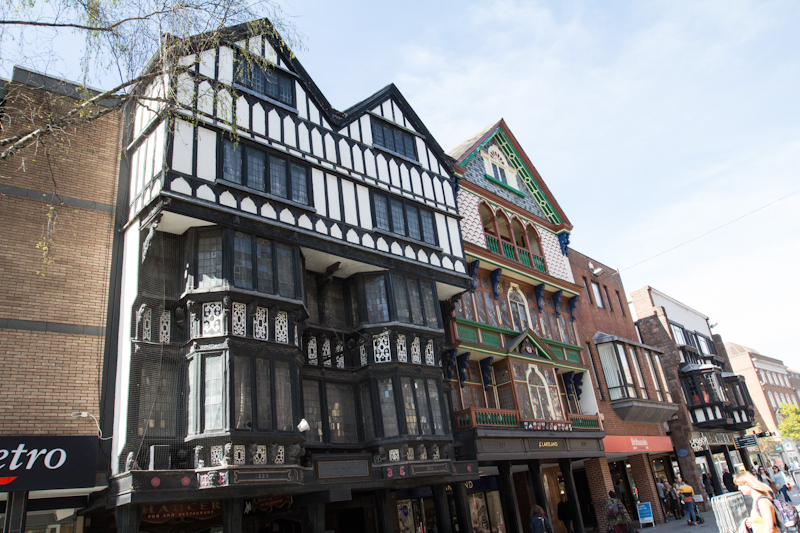 Exeter is a charming city

Once we arrived on campus at Exeter University, we discovered that the hall was still being set up after the queen’s visit. The choir quickly moved into a side room and made it work so that they could rehearse. We are delighted to have Stephen Taylor playing his guitar once again. Delta apparently drove the plane back and forth across his guitar, demolishing it. He was able to buy a new guitar in Cambridge, and it has been acclimating since. We received a borrowed amp last night, and that makes it possible to add back several pieces into the repertoire. 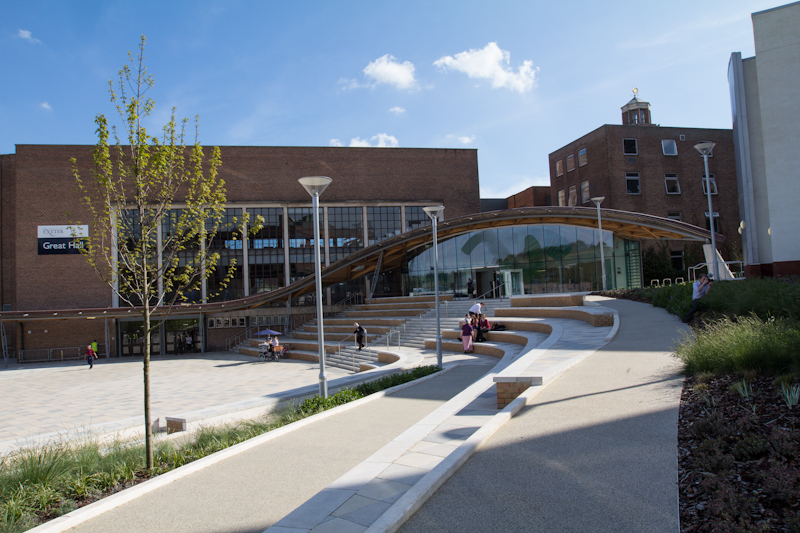 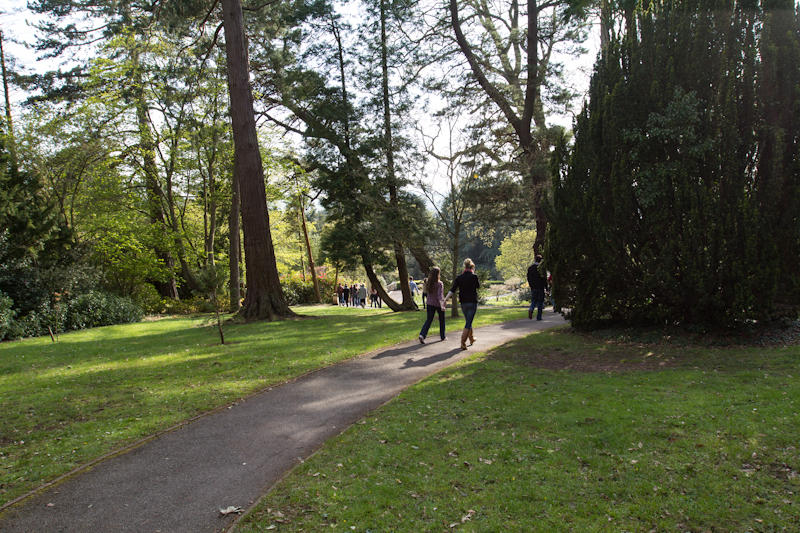 Walking to dinner on campus

We had a delicious dinner near the Great Hall, and then the choir was into their getting-ready routine, which has indeed become routine by now. The Great Hall has a very nice sound, and it was rewarding to perform there. Tonight the choir performed yet a different set of repertoire, with few repeats from last night. We had a large and very enthusiastic audience – they nearly brought the roof down after “Jerusalem.” Two encores were given, and I heard nothing but raves from the audience members with whom I spoke afterwards. Our sponsors deemed it a very successful evening, as did we. The choir was assigned new host families, and off they went for a night’s rest with these generous souls. Tomorrow we will do it all over again. 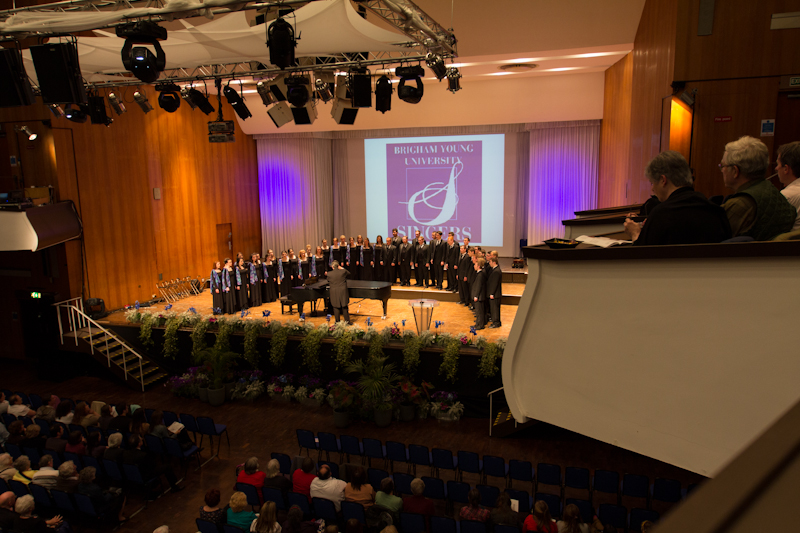 Our logo was projected onto the wall behind Singers 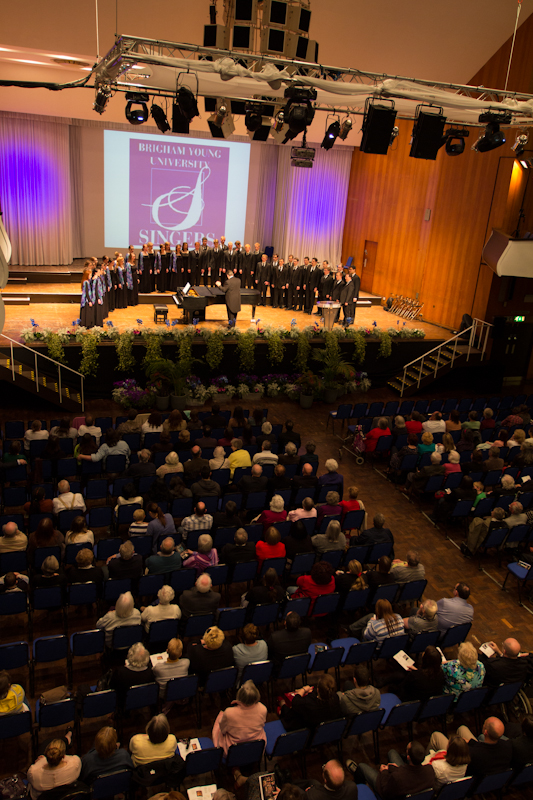 We had a large and enthusiastic audience 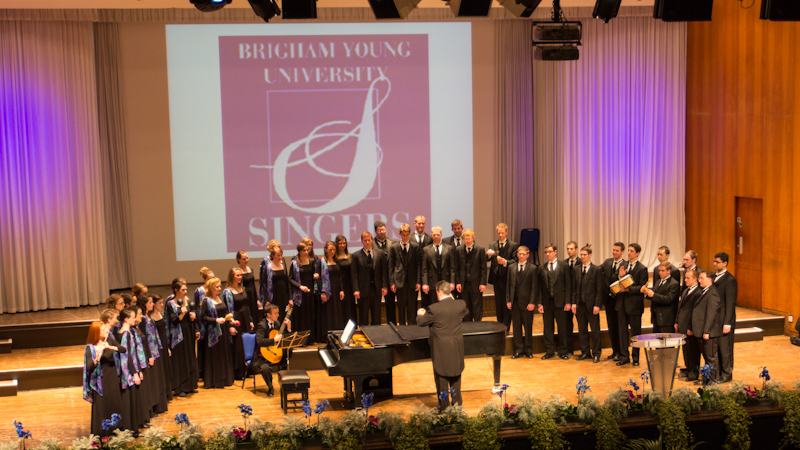 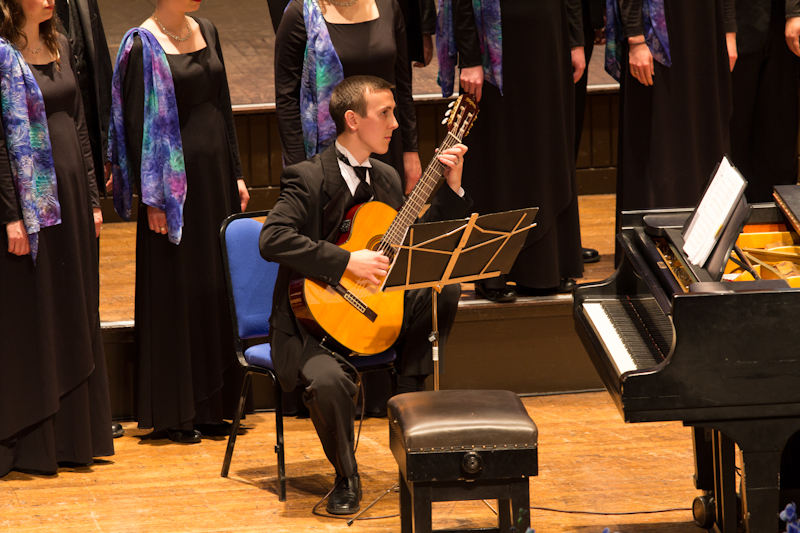 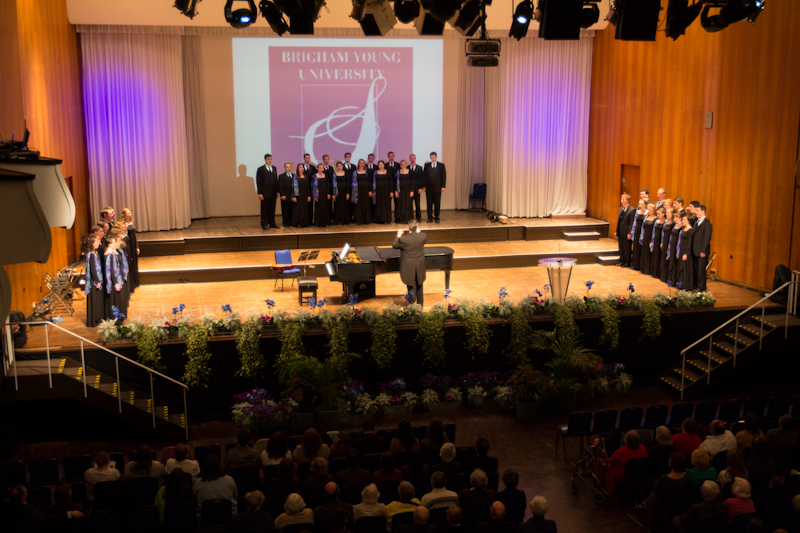 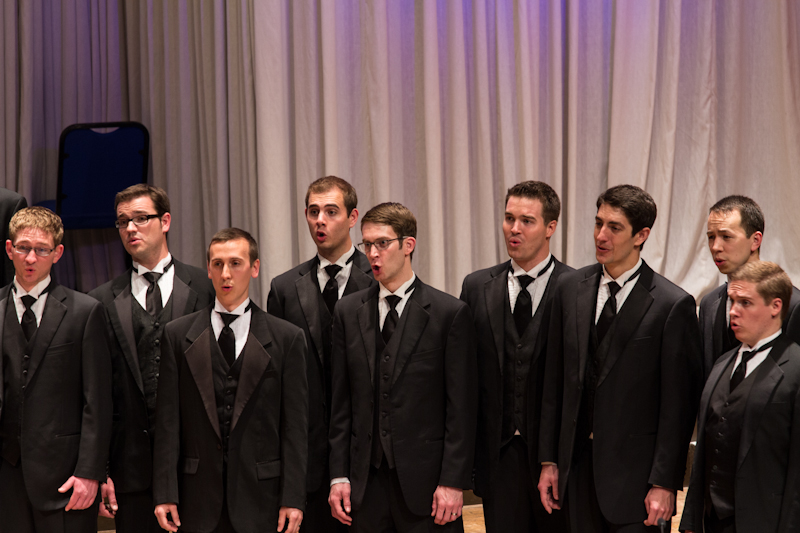 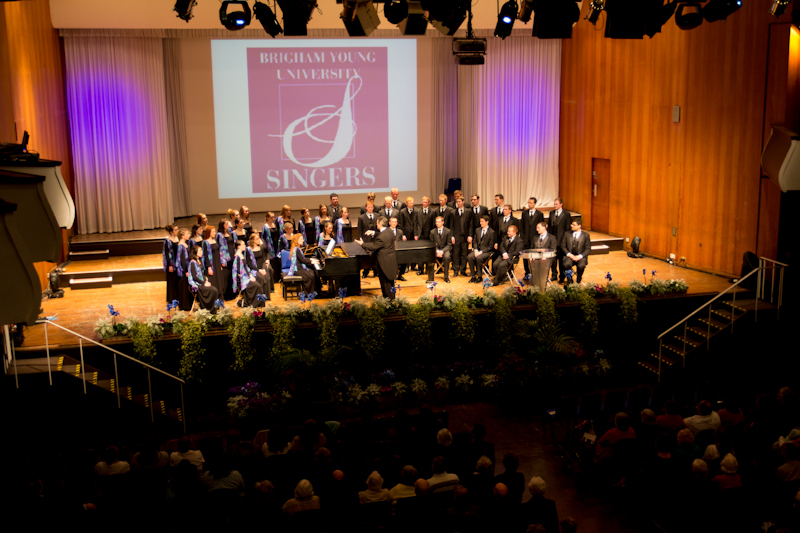