We wheeled our luggage through the streets of Oxford one more time to reach the coach for our morning load-up. Our coach driver had to leave us this morning for the weekend – laws require him to take a break from us – but we hope to have him back on Monday. Meanwhile, we have a new driver who is taking good care of us.

Then we drove on to Stonehenge to see one of the most famous places in the world. Built somewhere between 2000 and 3000 B.C., the main consensus is that we really don’t know why. It’s worth seeing just to admire the ingenuity of those who floated and carried all the stones, each weighing 25 tons, all the way from Wales. (Sis. Hall specifically wanted everyone to know their origin.) It is a real gathering place for the summer solstice. Today it was a gathering place for umbrellas. We were disappointed to find the circular walk closed due to “inclement weather.” We gazed at what we could, wandered where allowed, took photos of one another, checked out the gift store with all of their postcards and photos of Stonehenge against gorgeous skies, and boarded the coach once again. 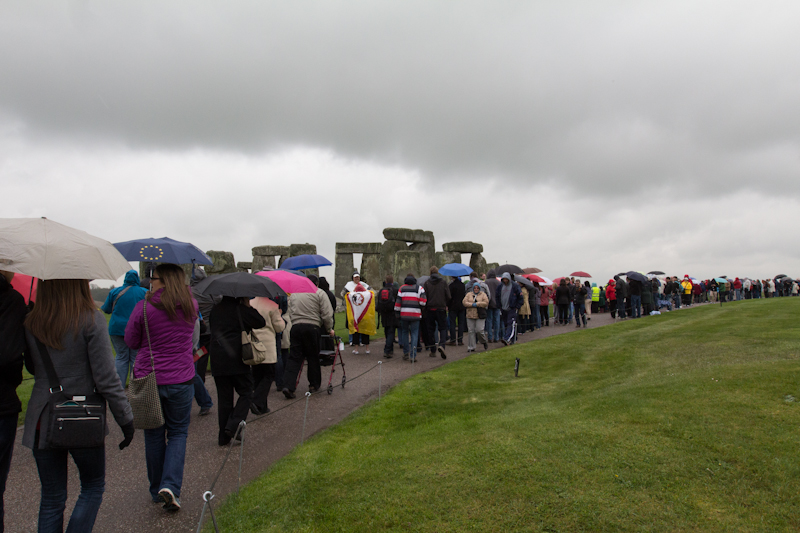 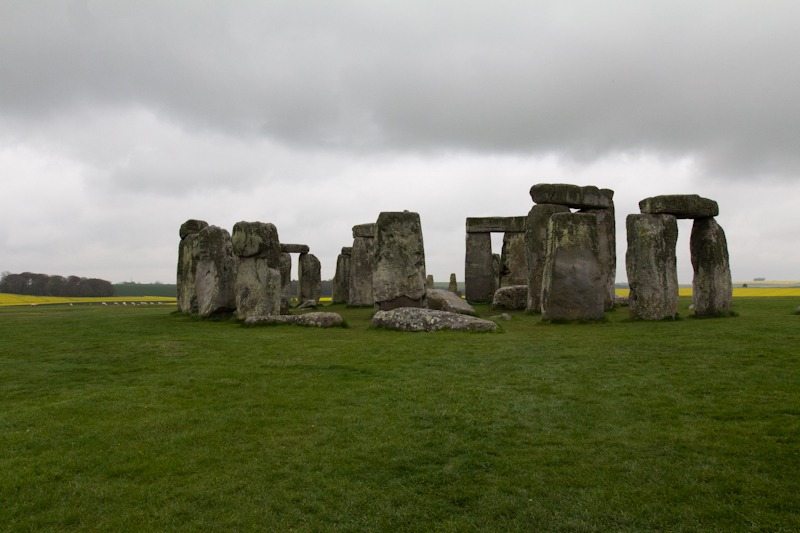 Stonehenge, amazing even in rain 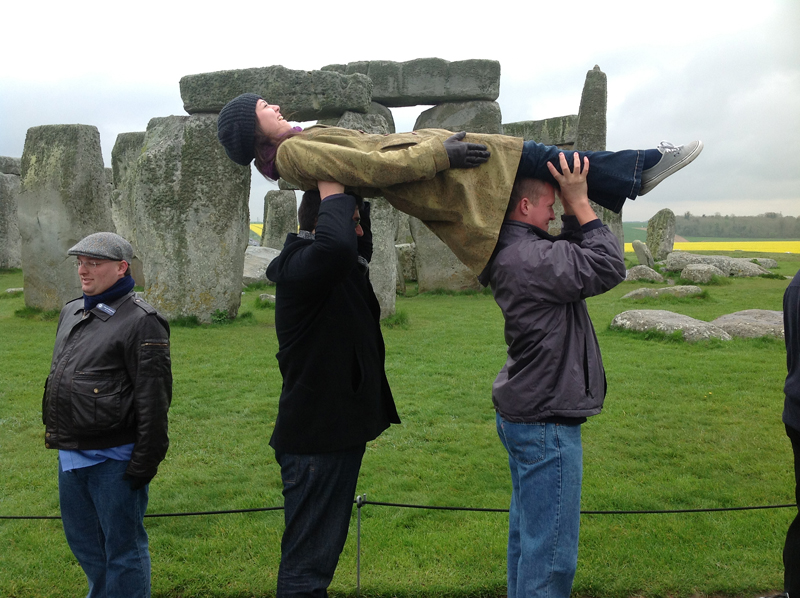 Becoming one with Stonehenge (from Mark Zabriskie of BYU Singers) 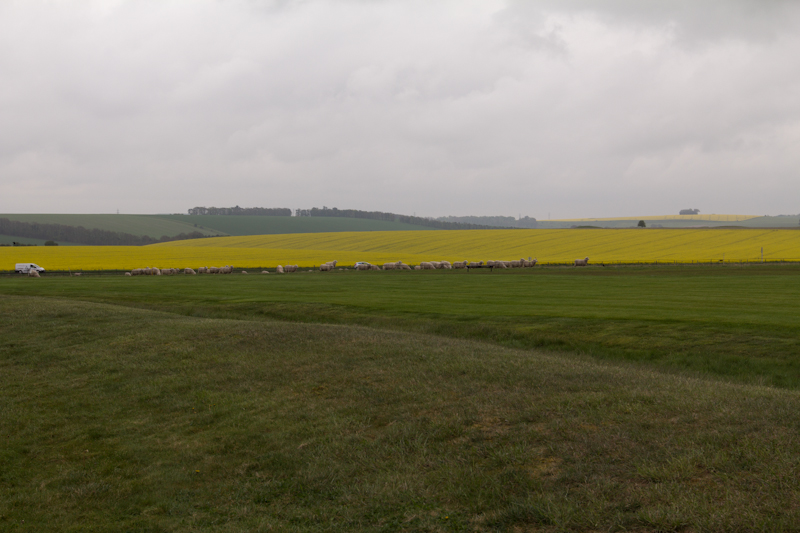 Field of rapeseed, with some sheep safely grazing

I was pleased to see all of the fields of rapeseed at Stonehenge so that I could take a photo or two to show you the vivid yellow against the green.We keep seeing them from the coach, but the windows are always wet or dirty with all of the rain.  A few sheep were wandering around as well. And I’ve been noticing that most of the horses out in their fields are wearing blankets. Apparently this cold snap is getting to them as well.

Our next stop was at the London Temple just to stretch our legs and wander around for a few minutes. The grounds at temples are always so lovingly tended; today three men were deadheading hundreds of tulips and daffodils. 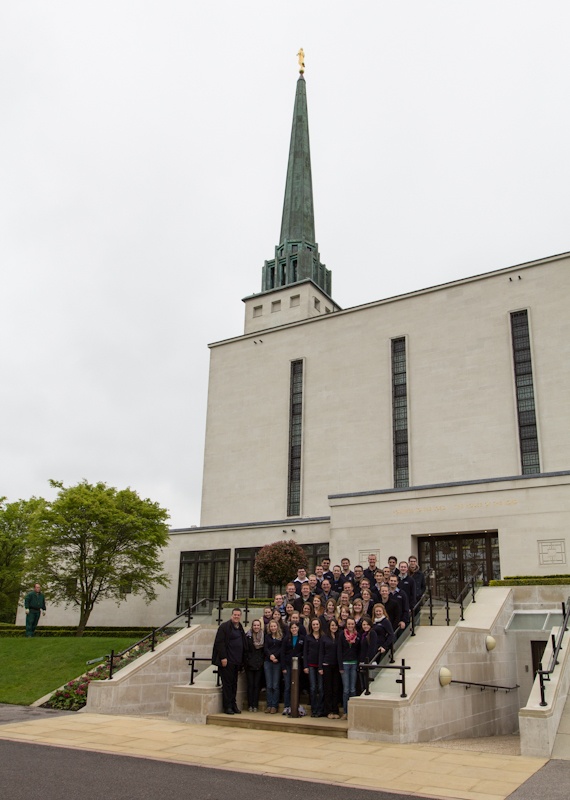 Our concert site in Crawley was not too far away. Tonight we sang in a stake center,  where they had already removed all the seats and benches behind the pulpit so the choir would have more room to move around. Screens with a live feed were set up in the cultural hall to ensure a good view even for those in the back of the hall; there was even a cry room with a live video feed. Some thought went into this! They fed us a tasty lamb stew for dinner, so we headed into the concert with some warmth in us after a chilly day. 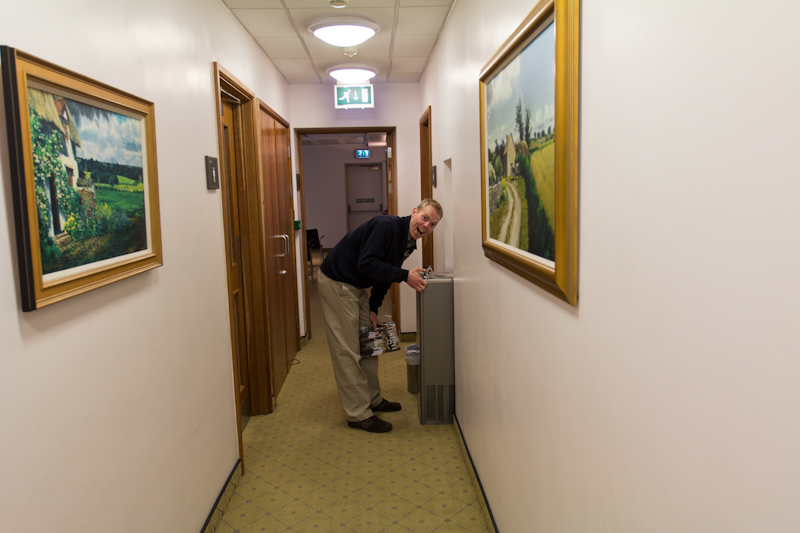 A rare sighting of the ever-elusive drinking fountain!

The chapel filled up well before the concert began, and the cultural hall filled in also. With so many families present, the choir sang a lighter concert that was much appreciated by the audience from what I could see. As in most of our concert this tour, there were some dignitaries present, and the concert benefited a worthy charity in the area. We so appreciate the Crawley Stake for sponsoring us and for taking such wonderful care of our Singers! 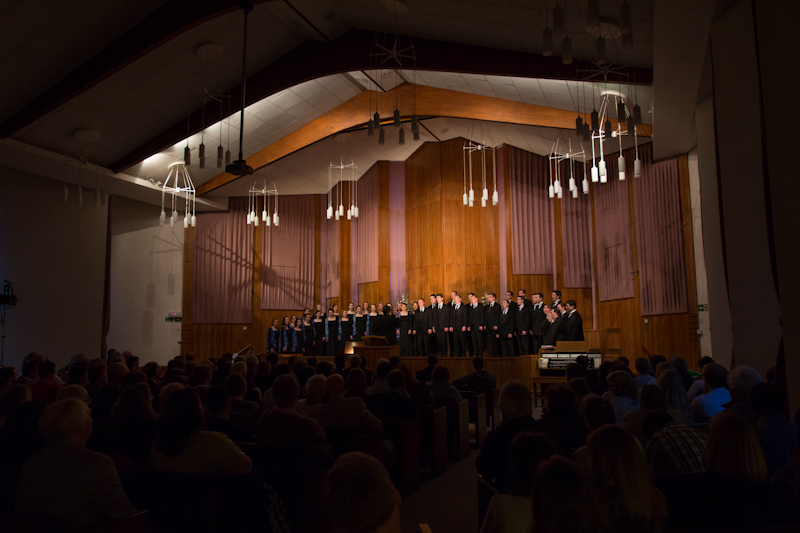 Concert in the chapel 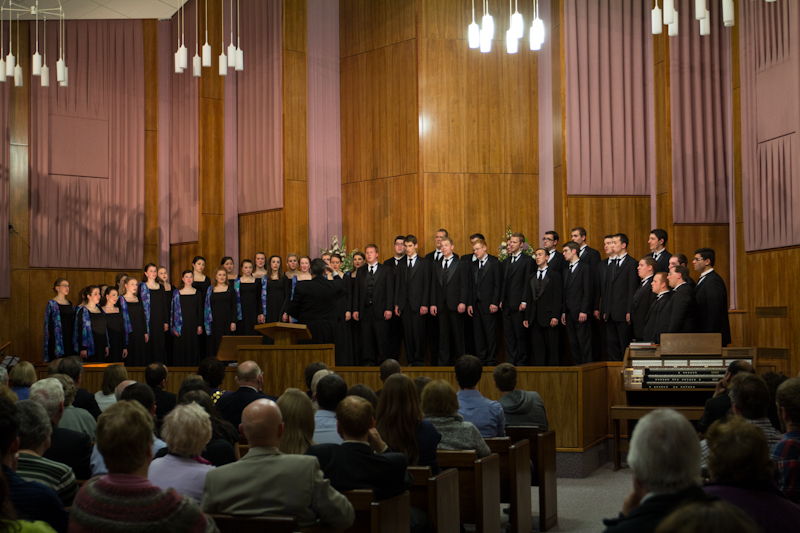 A few more lights were turned on after intermission. 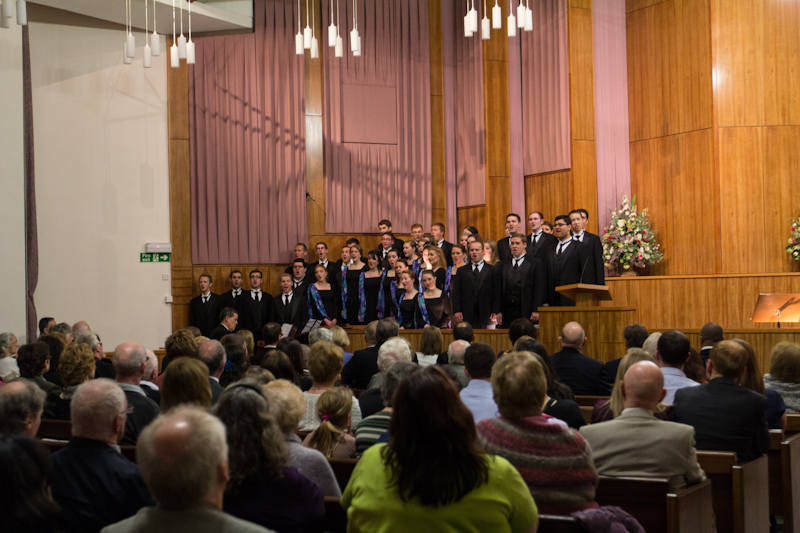 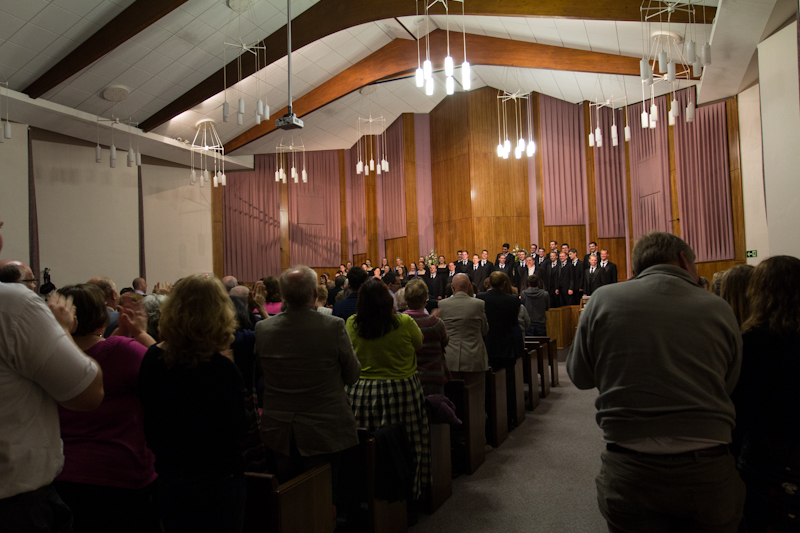