We covered a lot of ground today, but most of it was by high-speed train. This was a real adventure, as the doors were only open 120 seconds, and we had all of our own luggage plus all the instruments and stools and other suitcases to get loaded. Somehow we did it, found our seats, and settled in for the trip to Jinan that was just over an hour. Boy, does this beat traveling on a bus! The train stations are absolutely immense, and put most of the US airport terminals to shame. I’m not sure if they are planning for future growth, or whether they simply build everything in a massive scale.

We found our bus, found our hotel, and found our room. Then we found lunch, and sleep found many of us during the afternoon. We were given a delightfully free and much-needed afternoon to nap, do our wash, write in journals, explore the neighborhood, or whatever else appealed to us.

We were dressed and ready to leave at 5:30 to locate the performance venue, the Shandong Grand Theatre Concert Hall. Jinan, is the capital of Shangdong Province in eastern China, and is so far our smallest city to visit–only 6 million live here. It is home to the Jinan Grand Theater designed by Paul Andreu. The new performing arts center includes an 1800 seat opera house, 1600-seat concert hall, and a 500-seat theater.

Though there was a very good crowd at tonight’s concert, the amount of people there was hidden a bit by the large auditorium. The crowd enjoyed the program very much, and were very enthusiastic about it. 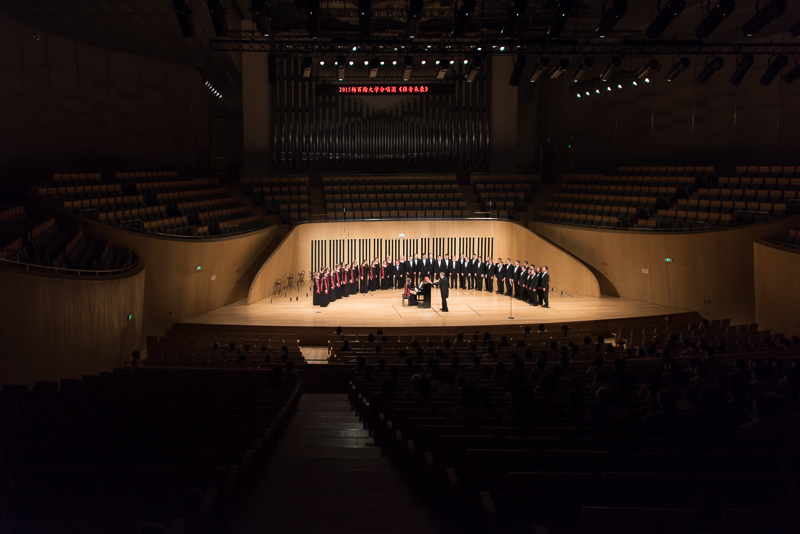 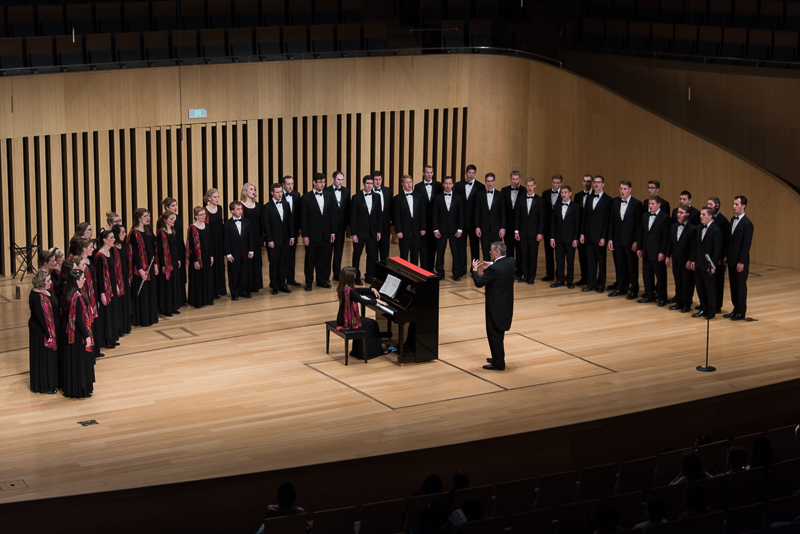 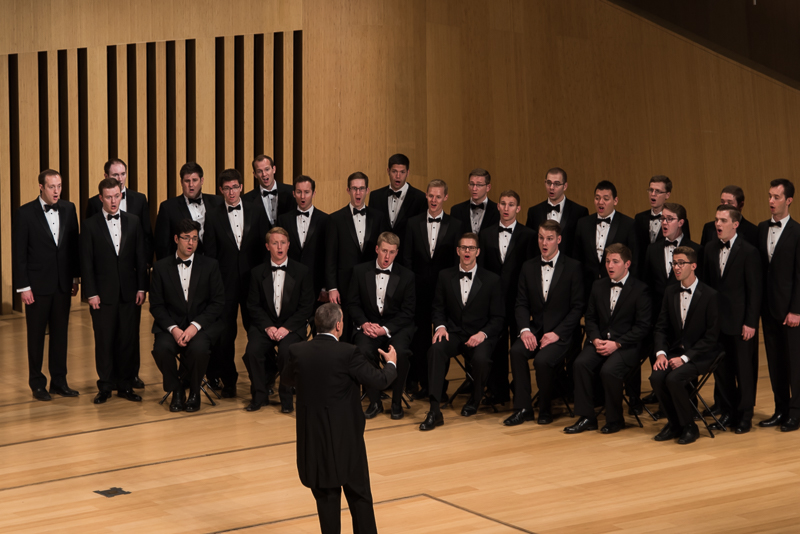 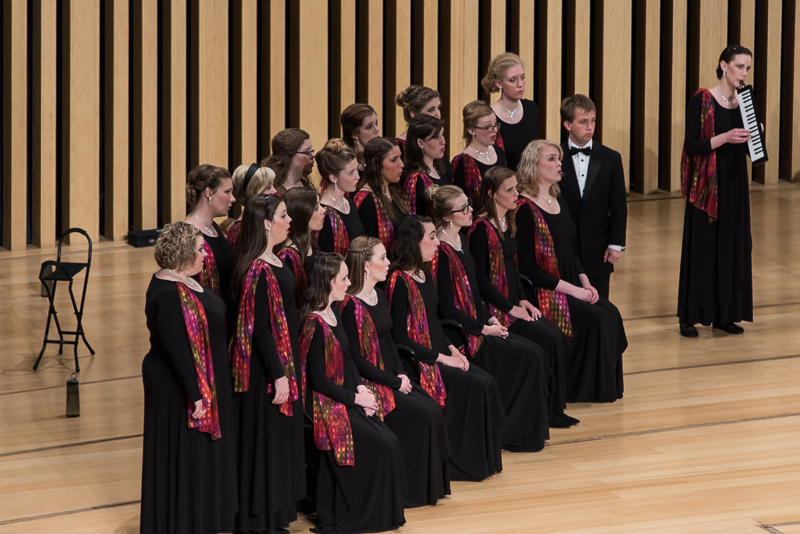 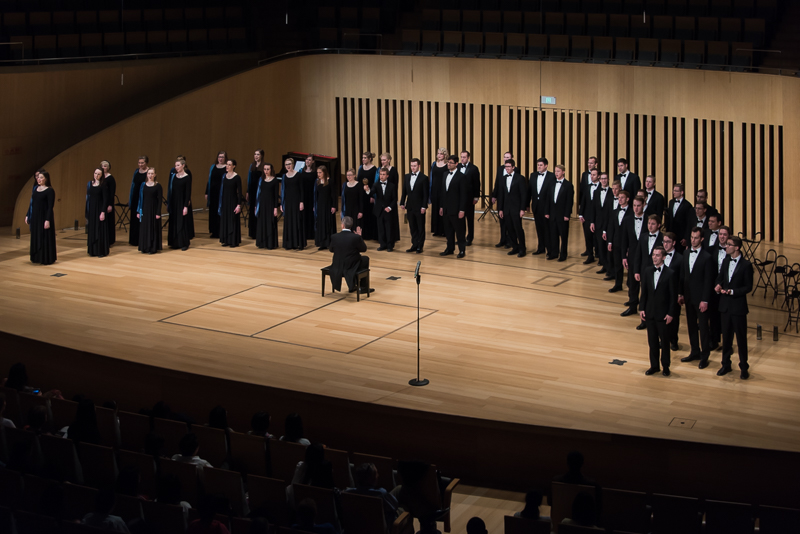 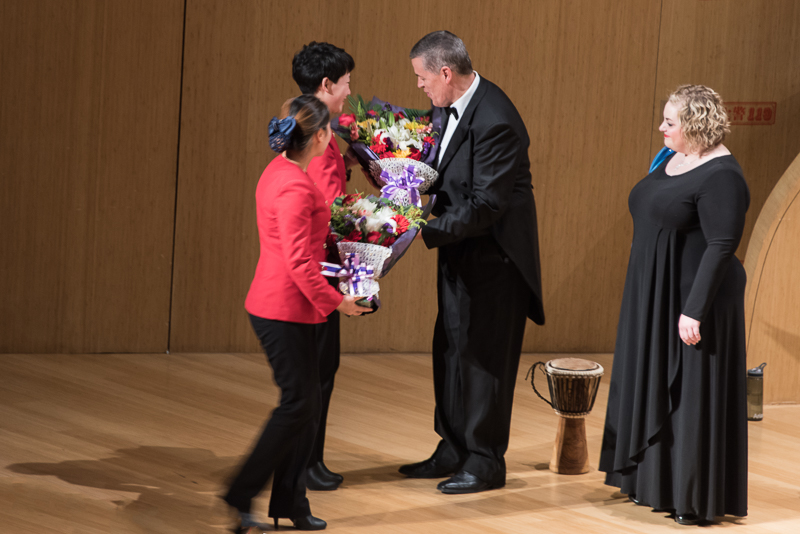 Soon there will be no beautiful flowers left in China–the bouquets each night are unbelievable.

And so ends another day in China, with our fifth concert and our fifth splendid venue. We are getting spoiled! Speaking of which, Rex Barrington took the choir to McDonald’s for ice cream after the concert. I’m sure everyone went to bed happy tonight.