May 6: Checking out the air in Londonderry (Derry)

We waved goodbye to Limerick this morning and headed to our favorite pub in Ennis for another Irish breakfast. They do put on a spread…we’re just hoping not acquire a personal spread ourselves by tour’s end. There is no shortage of food on this tour.

Speaking of which, we then rode the coach north for 3 hours before stopping for lunch at Sligo, home of William Butler Yeats. Some went to the Yeats museum and then lunched, some shopped at Penneys (not JC) and then lunched, some just lunched, but there was food all around. And then most brought more food back on the bus, just in case we had to go two hours without. 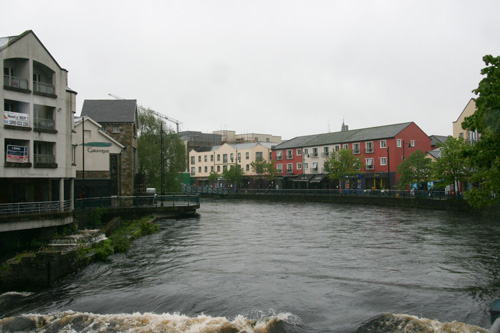 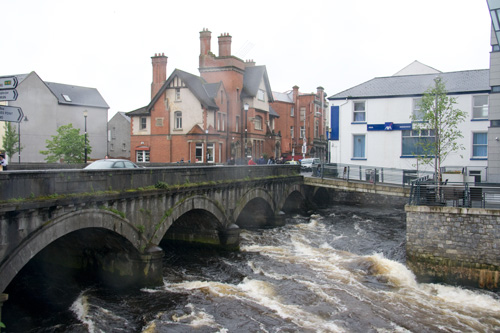 In the afternoon we had the finals of our limerick contest, which was announced the day we pulled into Limerick. Four students entered with very clever verses. The grand prize, a beautiful giant Cadbury chocolate bar, was awarded to Nick Bishop for the verse below.

There once was a BYU choir
Whose singing lit all hearts on fire.
They earned claps and cries
And won the P.E.A.C.E. prize
For their gift to uplift and inspire.

Another two or three hours on the coach and we pulled into (London)Derry and found the LDS chapel here. The city more or less straddles the border between Ireland and Northern Ireland, and the name changes according to where one lives (if I got that right.) The road signs dropped the Irish words as we crossed the border, and the kilometers changed to miles. Other than that, there doesn’t seem to be much difference. It’s still rainy, no matter what you call the city. We traveled in rain most of the day—more of a hard day than a soft day. There are not many photos as a result of the travel and the weather. 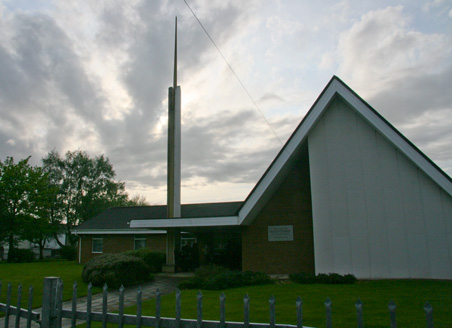 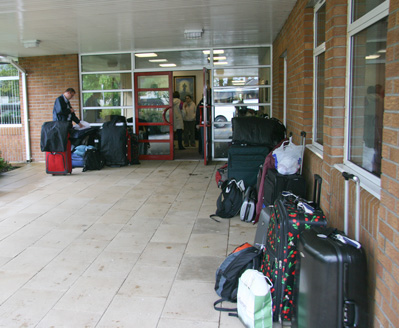 Will the luggage fit in the hosts' boots? 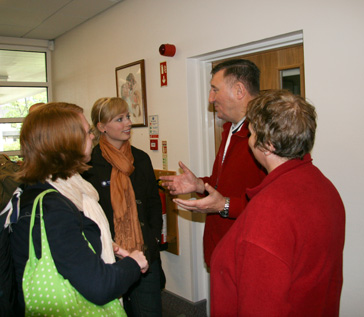 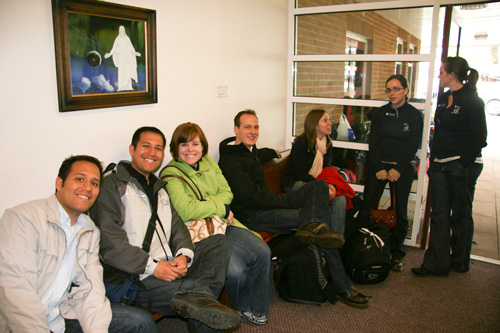 The sun broke through as we were unloading luggage and being assigned to the first host families. We have hopes that the sun will shine on us and not just be in our hearts tomorrow as we tour Derry. Some of the choir are in the hotel tonight, and the rest are experiencing a real Irish home. We will exchange experiences tomorrow when we gather again. No concert tonight, but we hope there will be a good night’s sleep for all.