Nathan, our inestimable tour manager, and P.J., our very skillful coach driver-tour guide, taxied to the chapel, where the hosts deposited their new family at the chapel; then the coach came back to the hotel to pick up those who stayed there. Keith Wright, the stake technology expert, also knows a great deal about Derry and spent the day with us on the coach as we toured Derry and learned much more about the Irish Troubles. His vast knowledge and good humor, along with a great delivery, really made the day. It was quite interesting to see the murals that have been painted on buildings around town, both by the Unionists and the Nationalists. Here are just a few. 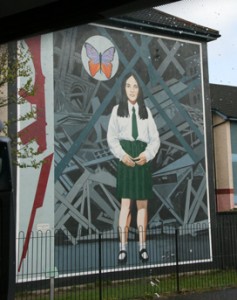 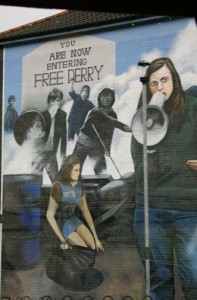 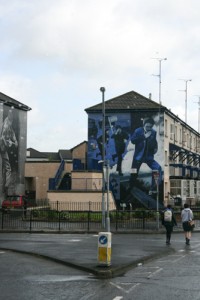 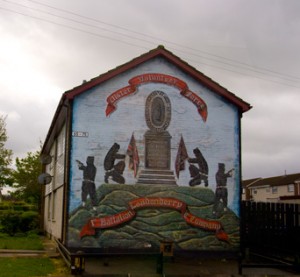 There is a wonderful statue of two men stretching their hands to each other, each standing on a bridge representing the effort it took to climb to the top. This commemorates the Good Friday Accord that was signed some years ago and finally ended the bloodshed. 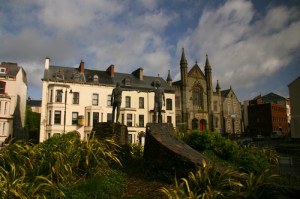 We drove to what was once an accessible overlook before the Troubles ceased and houses began to fill in the open space. Derry has experienced quite a bit of growth since the politics have stabilized. 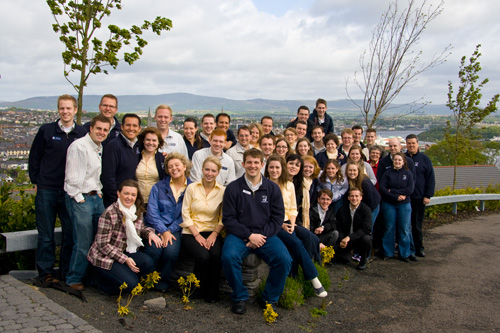 Overlooking Derry (minus 2 women who were missed in counting, but quickly found!) 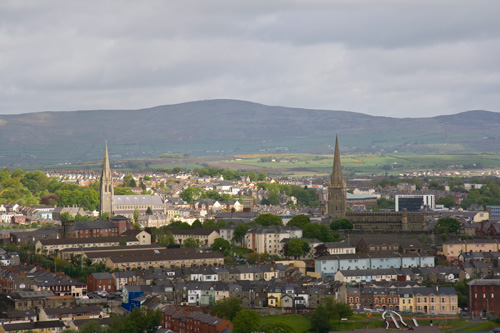 We then walked along part of the Derry Wall, built in the 1600s. It has been a very chilly, blustery day, so we didn’t walk around as much as we wished. St. Columb’s Cathedral is the headquarters of the Church of Ireland in Derry, and is quite a beautiful building. We had a lovely tour there, including seeing some pieces of old silver they own. Did you ever wonder where “wet your whistle” came from? Below is a flagon for beer—note the whistle at the bottom of the handle. When a man finished his drink, he closed the lid and whistled for more. 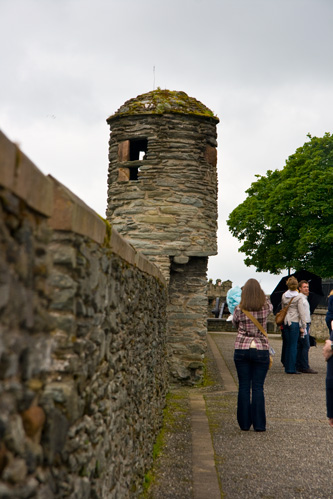 Walking up the Derry Wall 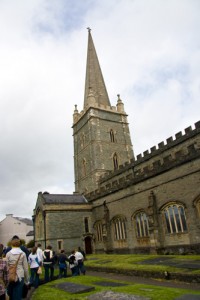 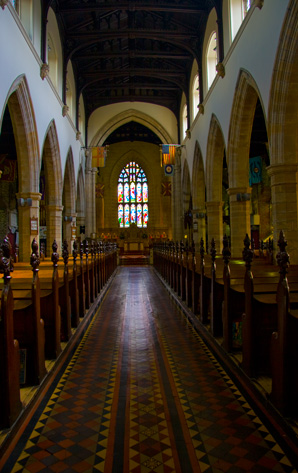 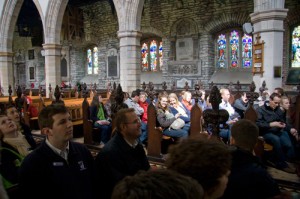 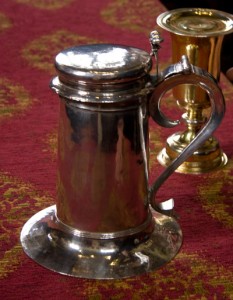 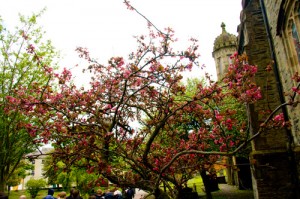 Not just cars inhabit the roads here—a driving lawn mower passed us too quickly for me to get my camera out. I was ready, though, for the scooter with a rain hood that was on the next street. 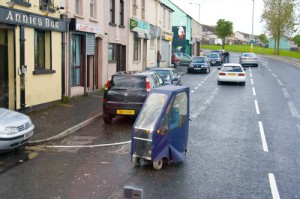 Keith pointed out a green hill in the distance, which was the inspiration for his 4-great grandmother to write the text and original melody for “There Is a Green Hill Far Away.” This was, of course, before the hill was developed! The walls of Derry motivated her to write “Once within a Royal City.” 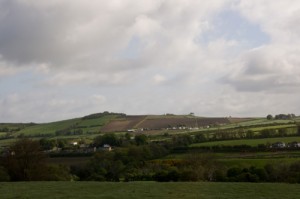 A green hill far away

Here are a few shots I took today that I quite like. 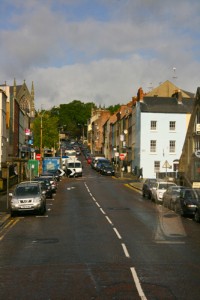 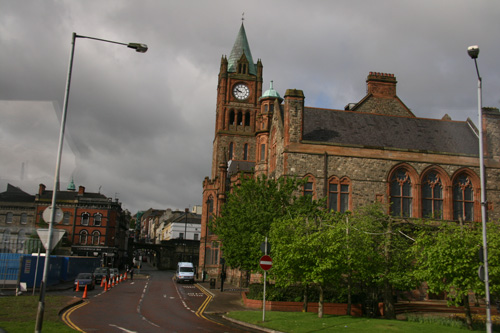 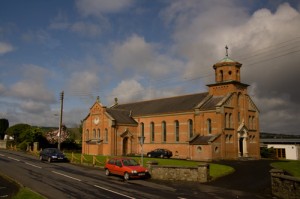 The sunniest moment of the day...fleeting 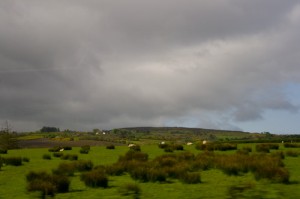 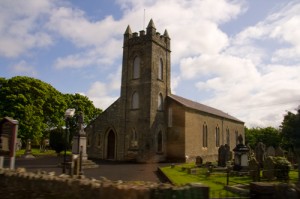 Lunch and more shopping in a nearby shopping centre, then our first look up close and a rehearsal at the Guildhall, a truly beautiful building with an incredible acoustic.

We pause here for two last limericks, and we’ll declare the competition finished on both sides of the ocean. Jared Oaks contributed these:

There once was a beautiful choir
whose music the Irish admired.
They sang everyday,
all work and no play,
but the Singers, they never did tire.

The altos did all they could muster
to bellow a beautiful cluster.
The boss became sour
from their shake-ridden power
and salvaged the sound in a fluster.

After the rehearsal at the night’s performance hall, we returned to the chapel to read or rest for an hour before dinner. The dinner was delicious, and the choir loved the casseroles and salads and the choices of desserts, including trifle. No one cooks like the Relief Society sisters, and we are very grateful for all their work for us.

Then back to Guildhall to change into concert dress, while Dr. Staheli and other choir and LDS dignitaries met the Lord Mayor and Mayoress. They were absolutely delightful; it turned out they had been to BYU four years ago for a law conference. 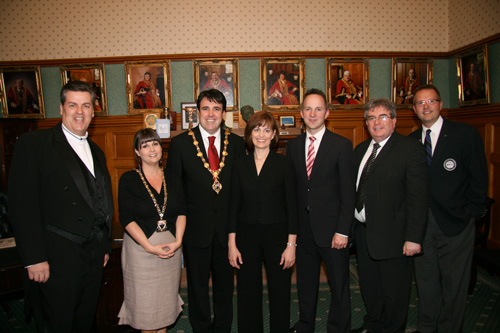 Tonight’s concert was very gratifying to sing–the hall’s acoustics are spectacular. And the hall itself is gorgeous. We’d love to pack it up and take it with us. The audience seemed to enjoy it very much, and were very warm in their response during the concert and after. The City of Derry Youth Choir sang four numbers, and joined Singers on Lauridsen’s “Sure on this Shining Night.” Dr. Staheli conducted both choirs in performance, who had never rehearsed together. You would be amazed at how well it went! The youth choir’s conductor is Donal Doherty, who conducted a different choir at the Cork Festival last week. 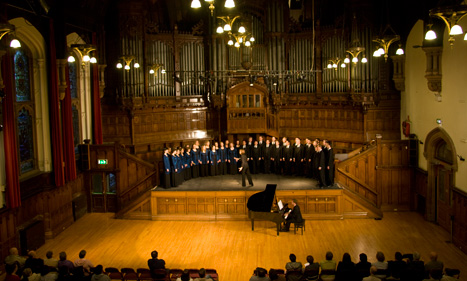 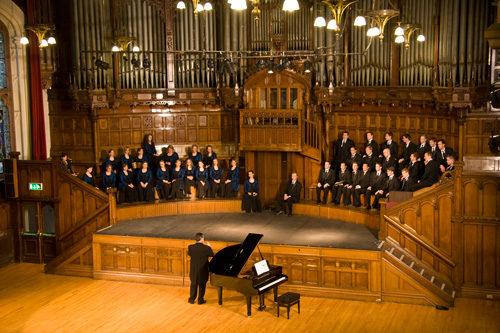 Adapting staging to the hall 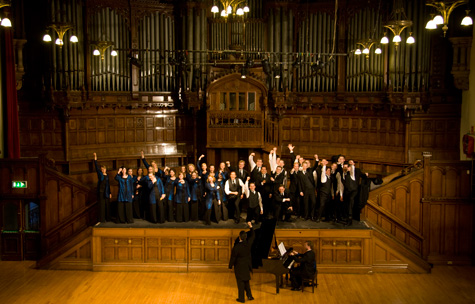 "She'll Be Comin' Round the Mountain" 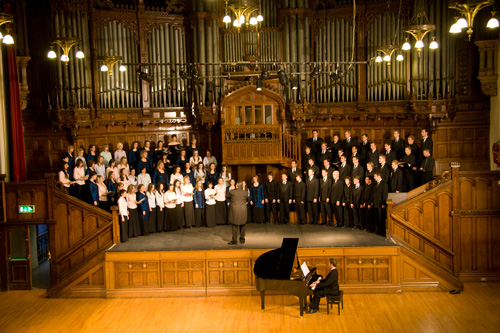 With City of Derry Youth Choir 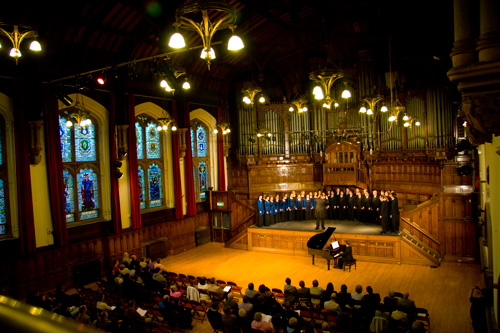 Before the sun set

It’s been a very memorable day in Derry/Londonderry.