After a farewell to our first host families of this tour, we loaded the bus first with most of the choir, then the tour leaders and students from the hotel, and last the “Coleraine 7” as our coach driver dubbed them. They were our way to Belfast, so we saved them an hour’s drive back to Derry.

Today was a day just to drink in the beauty of Ireland. We had at least 8 seasons today, with perhaps a dozen rains that left just as quickly as they came. The rain seemed to stop every time our coach did, which kept us mostly dry. Clouds blow in and out unbelievably fast here. Five minutes after a rain, the sky is a vivid blue with just some clouds drifting about. But we’ve learned to keep the umbrellas and coats handy, because the blue sky is not long-lasting! And there is just a wee bit of wind (!) to provide the engine for the clouds’ entrances and exits.

The greens are so amazing, and the vivid and brilliant yellow of the gorse/whin and oilseed rape fields explode in color even more after a rainstorm has passed through—I wish I had the eloquence and poetry in me to really portray this beauty for you. Instead, I’ll let some photographs try to do my job. I’m posting maybe 10% of my good photos; you’ll have to find me back in the USA if you’re interested in seeing more. 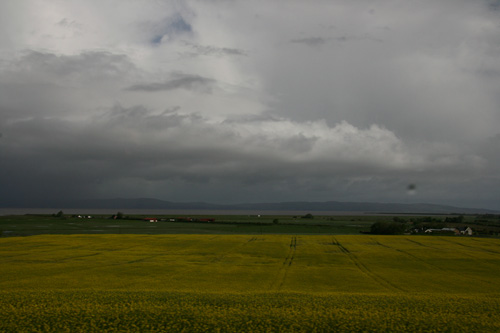 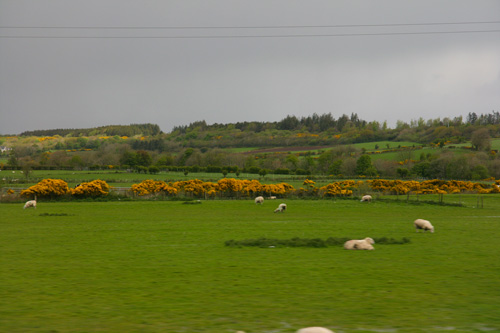 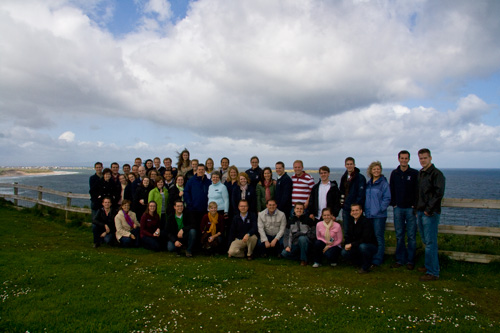 Cold and windy pose in front of ocean

We drove the coast from Derry to Belfast, stopping when stopping seemed warranted.

We took advantage of a photo op in the foreground of Dunluce, a marvelous castle ruin perched dramatically on a cliff overlooking the sea. Wish we had been able to tour it. Its kitchen fell into the sea, and the wife of the owner subsequently refused to live there anymore. According to legend, only a scullery boy sitting in a corner survived of the servants. 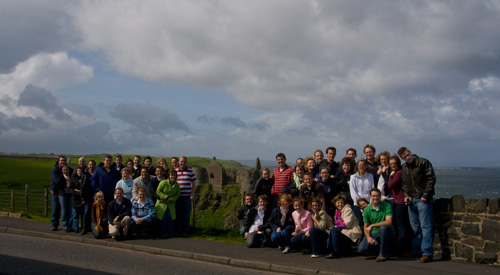 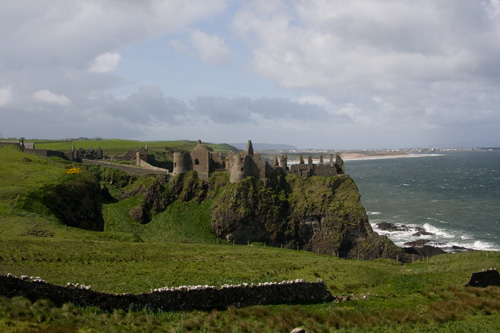 Next was the Giants Causeway. As one host mother said, “Do you want the truth about it, or do you want science?” I’ll let you Google it yourselves. It is a very unusual, beautiful and fascinating place. 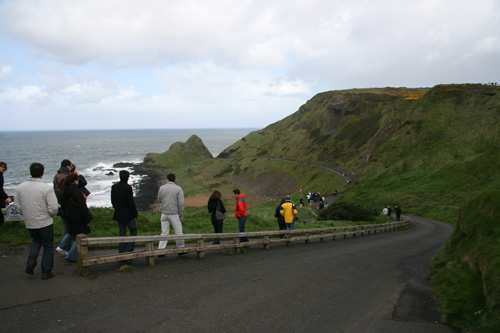 The beginning of the walk to the Giants Causeway 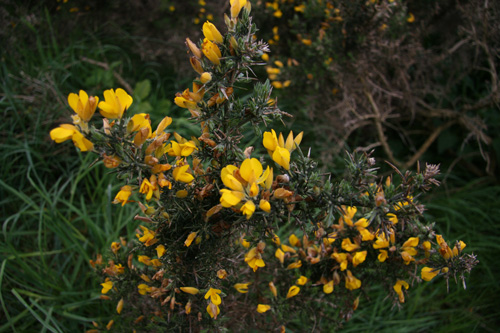 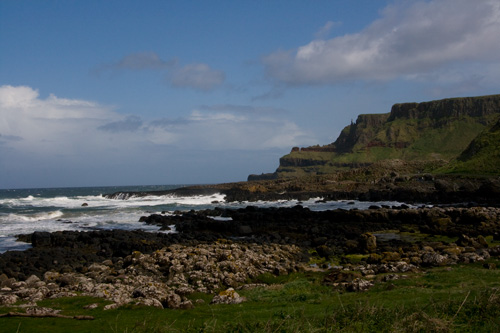 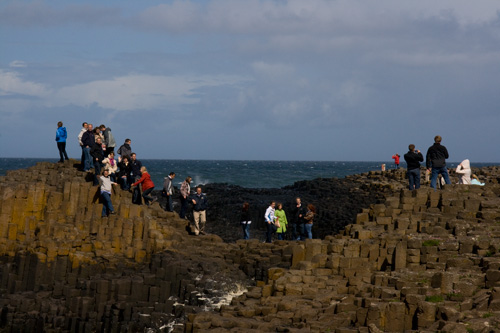 Look at these rock formations 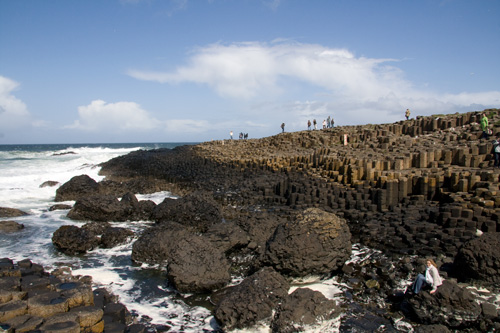 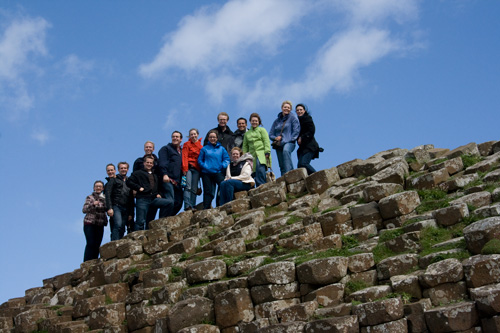 Atop a rock formation

The afternoon had a couple of stops for photos, and so much beauty everywhere we looked. If Photoshop had a filter for rain drops on coach windows, I could overwhelm you with photos. 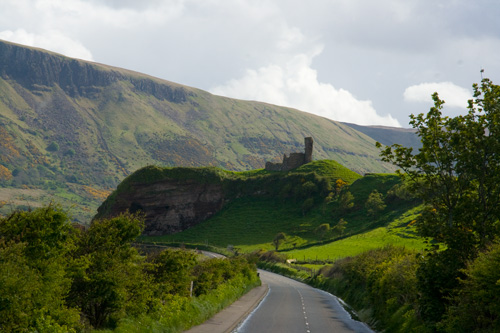 Looking out the front window of our coach 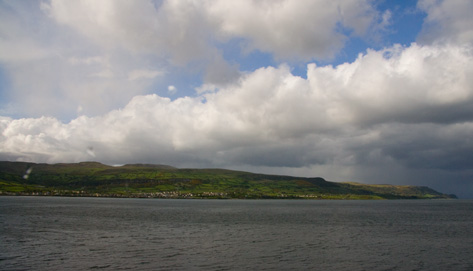 A view of Ballycastle, our lunch stop

One of two spectacular rainbows of the day

We arrived in Belfast, met our new host families, and departed for our last relaxed evening of tour. There is a concert, fireside or other commitment every night through the end of tour starting with tomorrow evening’s concert. We’re ready and eager. 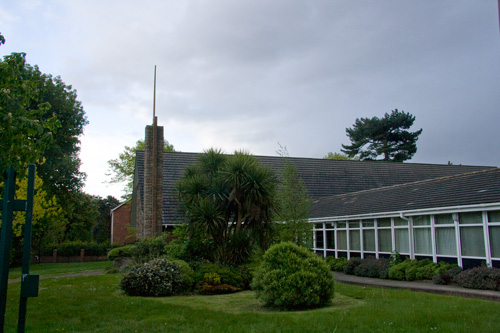 Cavehill Ward building, where we met our host families

This has been a lovely day.