Another very, very early day to make our flight to Johannesburg. We had to fly there to fly to East London, as that was where there was a plane large enough for our group and luggage. South African Airlines still serves meals on hour-long and 90-minute flights, so everyone survived. 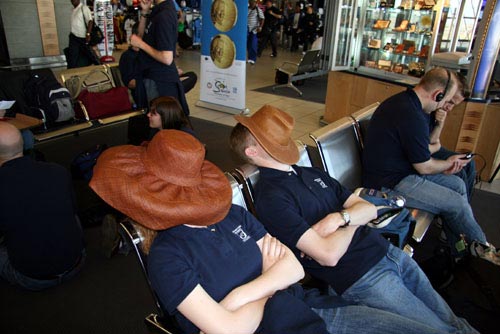 At the Johannesburg airport

After a little delay to report Nathan’s demolished suitcase (note from editor – there must be a better story behind this!) and attempt to find two missing suitcases, we were on our way to a braai that was hosted by the LDS members in the area. Nathan was taken to buy a new suitcase, and the rest of us enjoyed delicious food and some beach time. A friendly monkey watched over the afternoon from his vantage point in a tree. 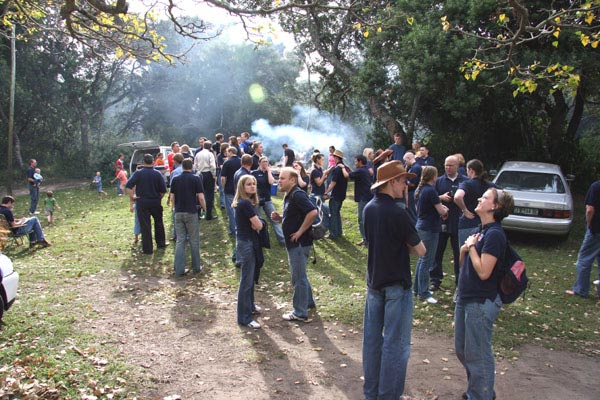 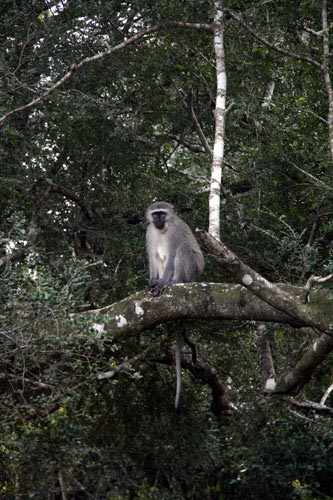 A monkey watching over the braai

Dave Shuler, our cultural advisor, then took us to another township that is more of a shantytown than the others we have visited. 10,000 to 20,000 people live there (it’s challenging to take a true census) and the government has left it since there is nowhere else for the residents to go. A wonderful woman there, Madam Yoyo, started a school about 4 years ago that now teaches and cares for over 200 children from “0-6.” There are four very small rooms for the children and 11 teachers. BYU students who have lived in the area for field studies have helped raise money to build a new school, but it has yet to be built. Madam Yoyo seems to be quite a remarkable woman, and she loves anyone associated with BYU. She joined the LDS Church a year ago, so we were able to see her at the concert and Sunday. Her English isn’t strong, but her spirit really is. The choir gathered at the bus and sang a truncated version of “This Little Light” for the residents who came running when they heard the music start. 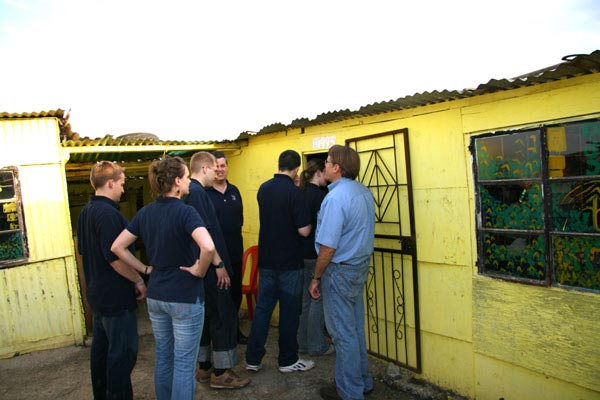 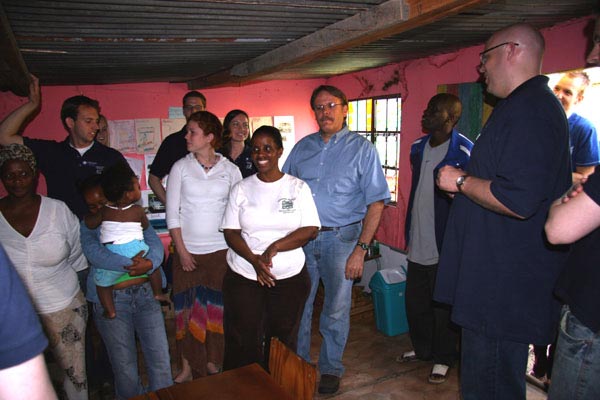 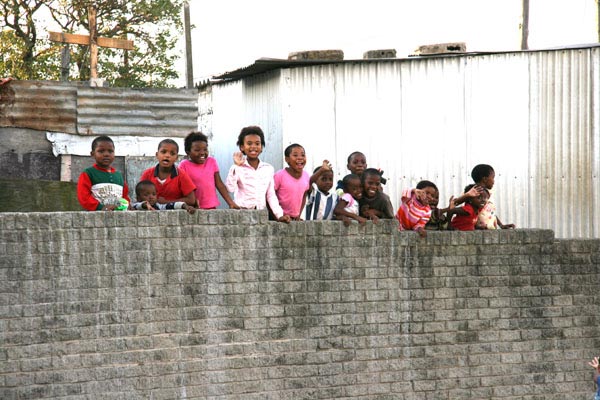 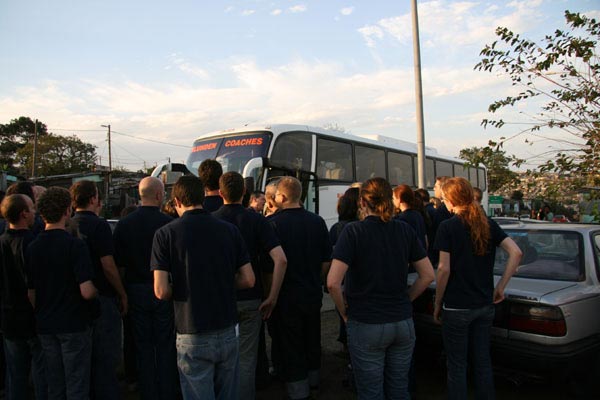 We then drove to Hudson High School to prepare for the concert. There was a good audience, though the photo shows the half that had fewer people. (Blame the photographer.) It had been a long day that started far before the sun rose, but the choir pulled it together and sang a very fine concert for the audience who showed their approval at the end. 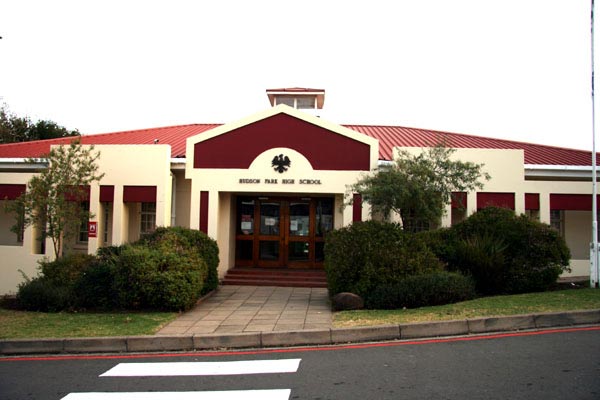 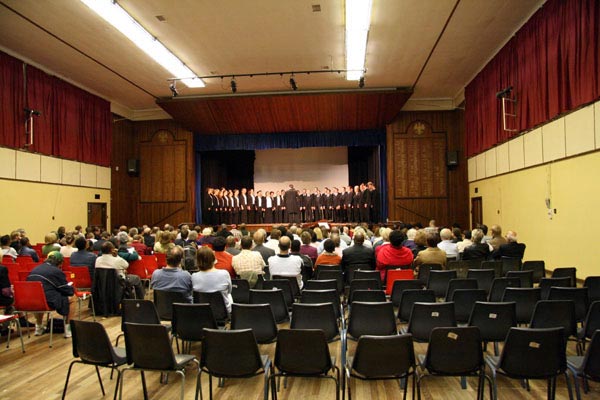 The choir split between two wards for church meetings, reuniting in the Haven Hills chapel for lunch and a quick rehearsal—and some good nap time. We were still recovering from the previous day. We drove to the Mdantsane (a township) chapel in time for our 5 p.m. fireside, which was very well attended. Great talks, beautiful music. What more could you ask?

Before we left, the married Singers who left spouses behind asked me to send you their photo. The fiancés also want those at home to know they are missing those left at home. 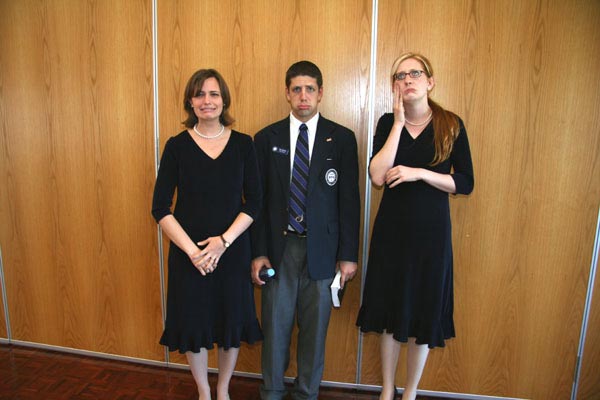 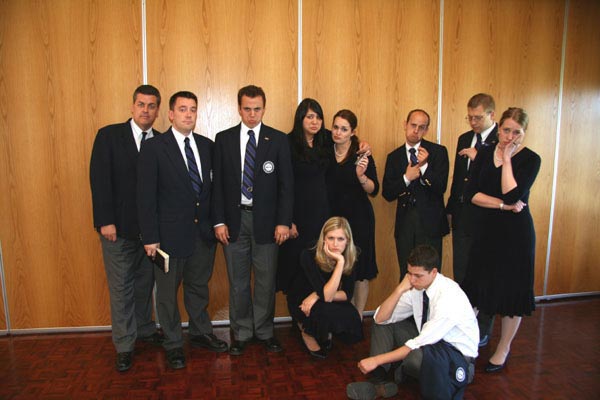