Just as we thought we couldn’t be wetter or colder, today came. Many of us wore just about all the clothes we brought, and huddled on the bus. Having the bus tip over in the winds might have been a worry had not so much Cadbury chocolate been consumed over the last two weeks—that helped the ballast. We did emerge once for a quick snack/lunch and a short walk over to a beautiful gulch that is a well-known feature in the area. A mini Grand Canyon of sorts. The large semis roaring by just inches from us on the road provided some excitement, as well as extra wave of water from their tires. It was worth it for the view.

We arrived at the George Municipality Civic Center for our workshop rehearsal with a black choir from a nearby township: the Imizano Yethu Secondary School Choir. We ended up waiting a bit as the choir had only one bus to deliver them, and it took 3 round trips. Another reality check for the abundance we take for granted. We rehearsed our joint song, and had some time for mingling and getting to know one another. Their choir teacher is a dynamo, who manages to teach fairly complicated music to her students without using a piano. She showed up today hoping to find someone to play the Mozart she brought, and Jared Oaks stepped up once again. Did I mention that last Sunday he sight-read a piece for a choir who preceded our fireside? He can do just about anything, and doesn’t even break a sweat. Of course, it’s been too cold to sweat much… 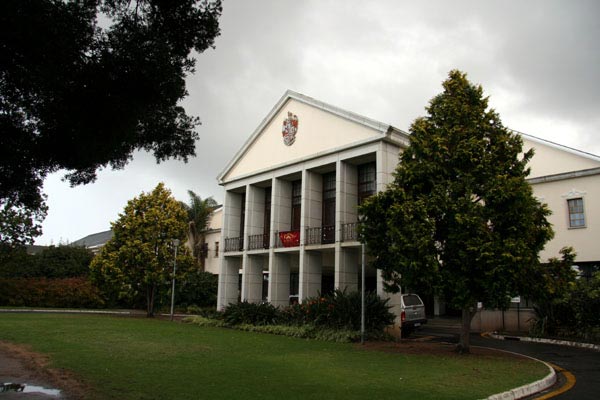 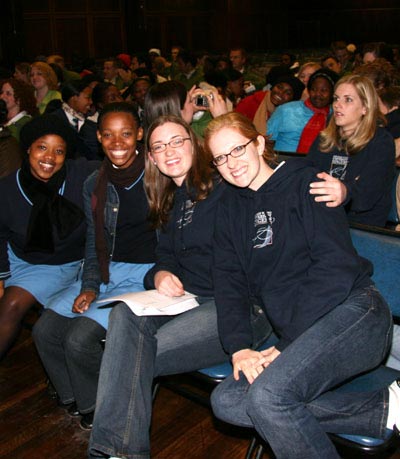 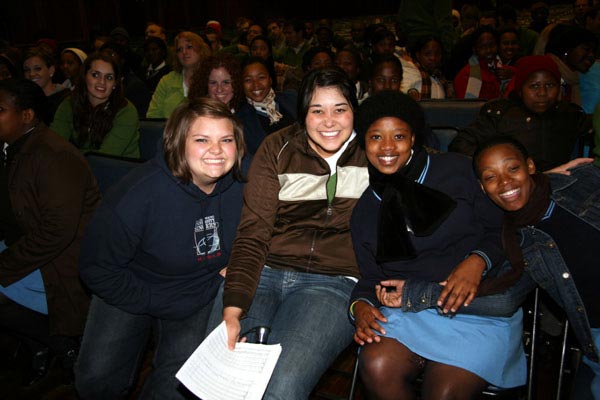 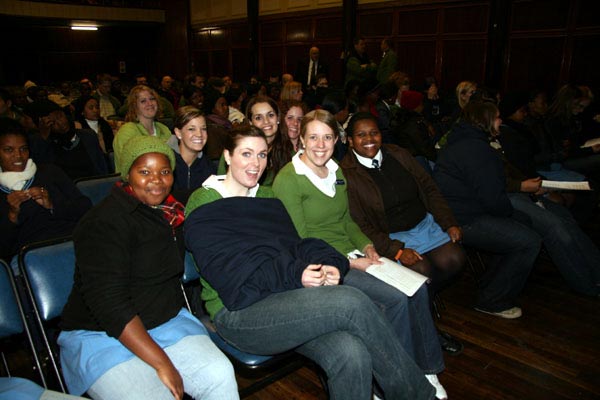 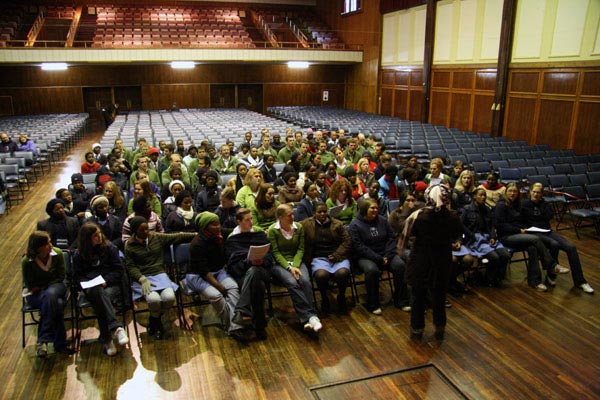 Learning a song with the township choir

We then checked into our resort, which is in a beautiful setting. The area didn’t really show until the next morning when the clouds had lifted and the rain stopped, but we could tell it had possibilities. The little wall heater didn’t stand a chance of heating the rooms, but we all turned it on with faith and hope that a miracle might occur while we were singing the concert. It didn’t.

The concert went very well, and was sung to a pretty full house. The local missionaries had made a huge effort to get members and non-members alike to the concert, and their efforts paid off. One local minister even agreed to bus in some kids from his township once he was convinced that they wouldn’t be forced to convert that night. The most enthusiastic part of the audience had to have been the choir we had met and sung with that afternoon—they really loved much of the night, waving their hands in the air and shouting and clapping. “Coming Round the Mountain” just about brings down the roof every time it’s sung. 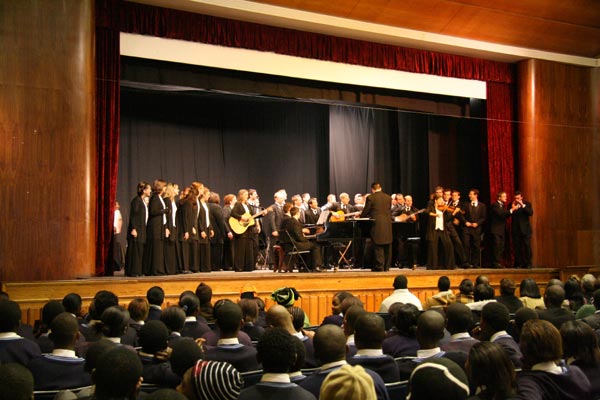 She’ll Be Coming Round the Mountain 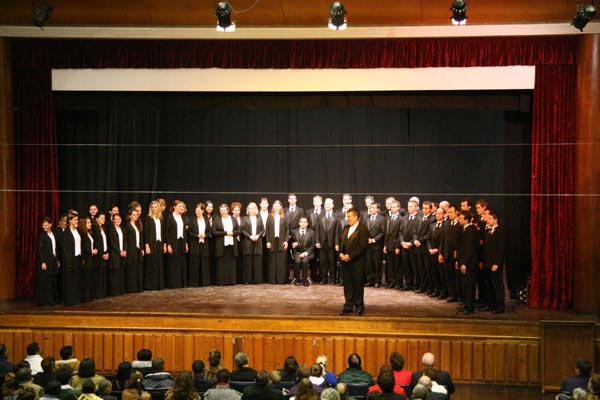 Dr. Staheli talking to the audience

It was a very good concert, and the hall even warmed up a little when the windows and doors were finally closed. The joint number went very well, and seemed quite appropriate as the choirs, one all black and one all white, sang together of equality for all. At the end, the school director proclaimed all on stage “The South Africa Choir.” We visited with them for a bit afterwards. Such great spirits, and such wanting to improve and learn and grow. And such sadness that they’ve gone about as far as they can right now with current economic and social conditions. It is very sobering to keep coming face to face with such disparity in the world—a great lesson for us all. 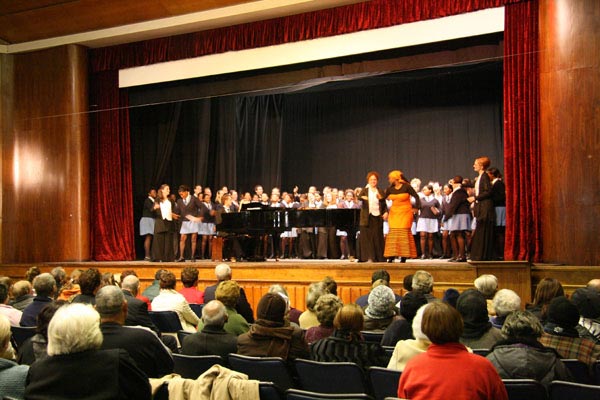 Singing and dancing with the township choir 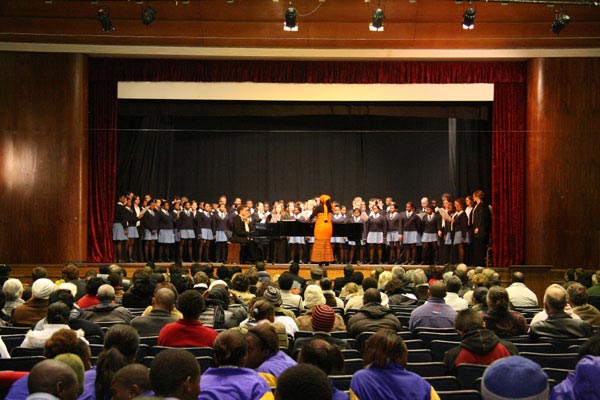 Performing with the Imizamo Yethu Choir