Breakfast at 9 AM and a 10 AM departure. Sheer luxury. Some were warm last night, most were not. This area just doesn’t get this cold very often (snow on their mountains as we are driving by!) and they don’t have heaters to compensate. At least the rain has stopped and we have mostly blue skies; that has lifted spirits considerably. We hope for no widespread illness after being cold and wet for two days.

We stopped at Walker Bay on the way into town just to enjoy the views and for some of Singers, who simply cannot be contained, to climb over all the rocks. It was absolutely beautiful, and a welcome change from the bus. We have another great bus driver down south, but much narrower seats in this bus; it is honestly the bus, not due to the previously mentioned Cadbury chocolate. 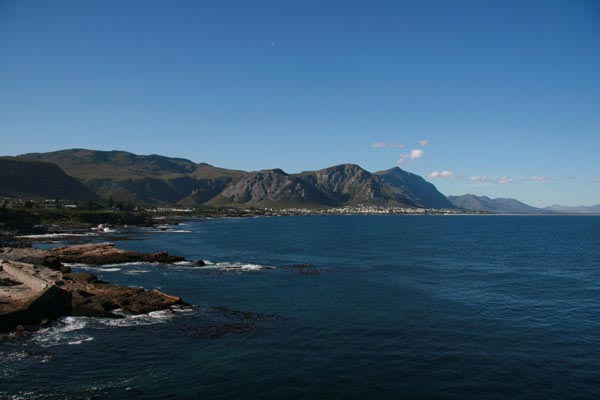 Why we love Hermanus, SA 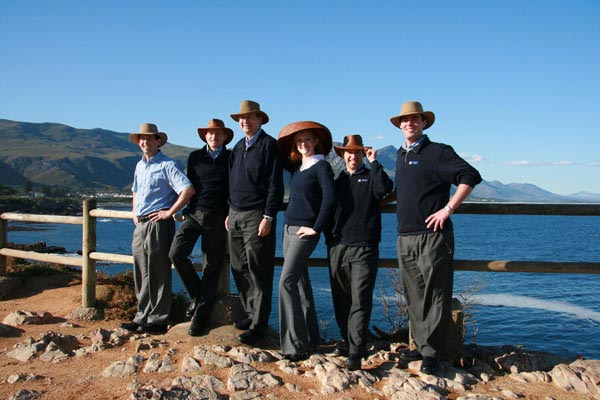 After rehearsal at the hall, we next moved on to a restaurant on the ocean where a whale very considerately waved his tail at us a few times. Official whale sighting is not for a few months. We enjoyed a beautiful sunset as we waited for our Cape salmon dinner. 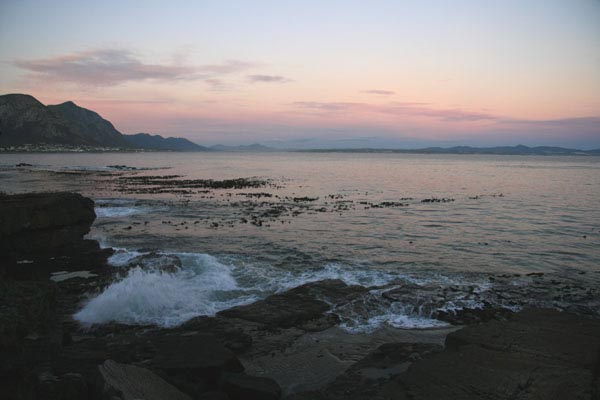 Sunset at the restaurant 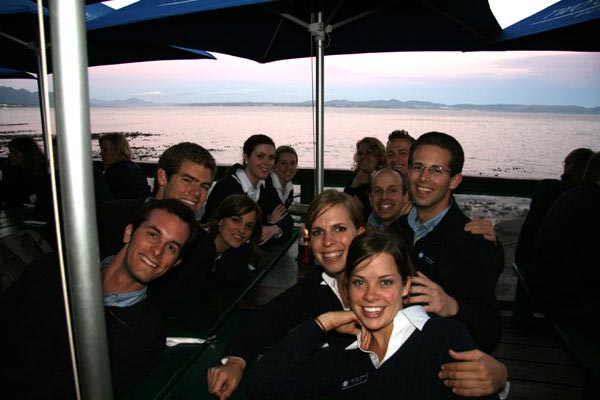 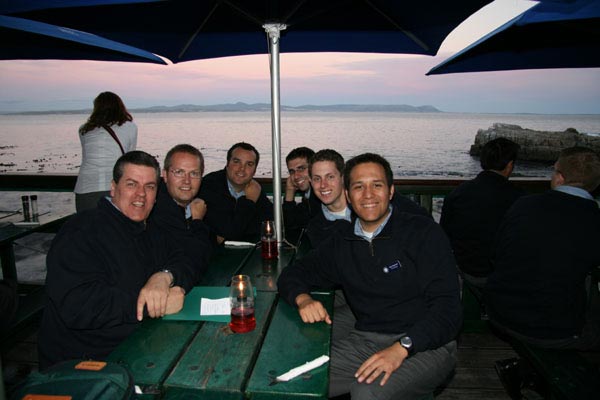 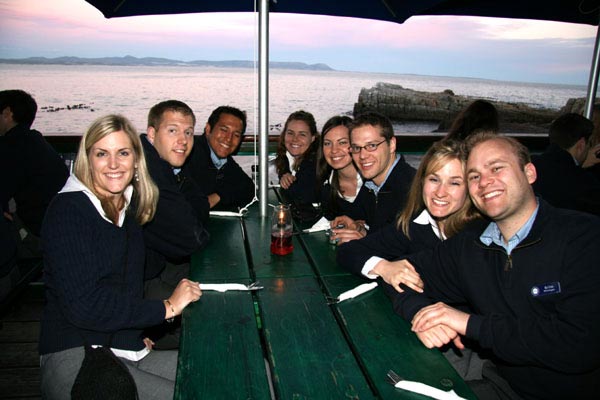 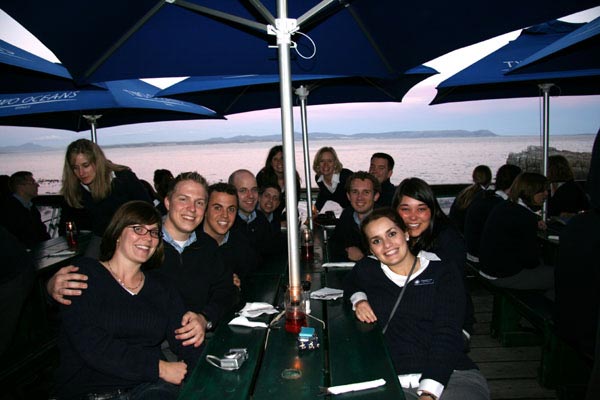 This is a very good hall in which to perform, though it only seats 250. It’s good the fire marshal wasn’t looking, because tonight it sat 300 including all the aisles. A local choir, Pro Musica, sang 15 minutes first—we thoroughly enjoyed them. It was they who had to then sit in the aisles to hear our performance. The Afrikaans audience was very enthusiastic, demanding a couple of encores. There was a beautiful reception afterwards, where the Singers were assigned host families from among the choir and some LDS members. A great night and a beautiful concert—and it’s always a pleasure to talk with the audience afterwards. 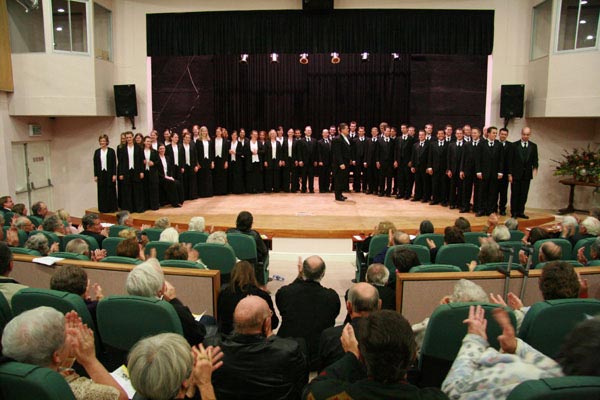