Our day began with a rewarding session at CSU with the Chamber Singers, Dr. James Kim (their director) and Dr. Todd Queen (see previous post). Students of both choirs quickly found many commonalities in how they approach music, and how their conductors approach conducting, teaching, and life. We had a very interesting discussion about the role of music, the values that can be taught/learned through singing in choirs, and the strong element of spirituality that pervades music and good performances of it. This is a choir and conductor we would like to see more often. 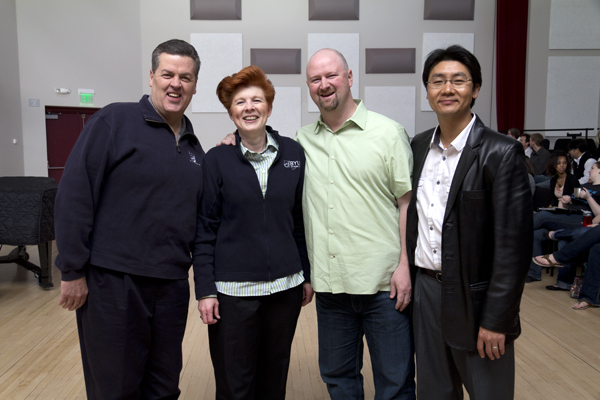 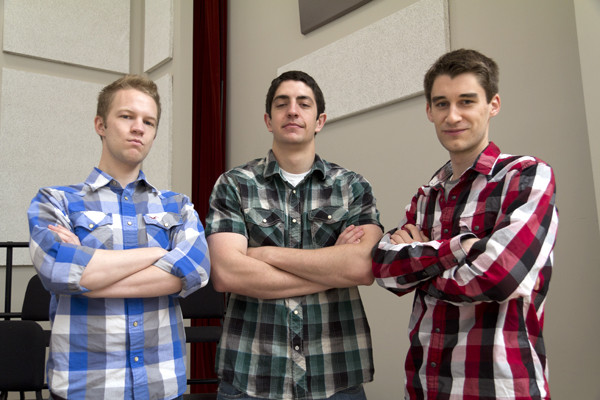 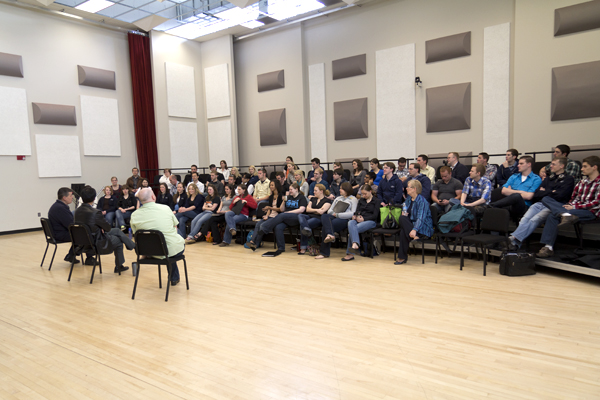 We picked up our box lunches and bid a reluctant goodbye to Fort Collins; we had a great experience there. Their economy was surely improved with our stop at Wal-Mart on our way out of town.

The two-hour drive to Colorado Springs was spent dozing, visiting and watching “How to Train Your Dragon.” We arrived in time to visit the Air Force Academy to see that spectacular chapel. The architecture is striking, with many symbols of the Air Force in the design both inside and out. It was interesting to see how 5 different chapels were fit into the building: Protestant, Catholic, Jewish, Buddhist and a non-denominational one. I loved all of the stained glass windows, and it was fun to hear the organ being practiced as we wandered through the Protestant chapel. 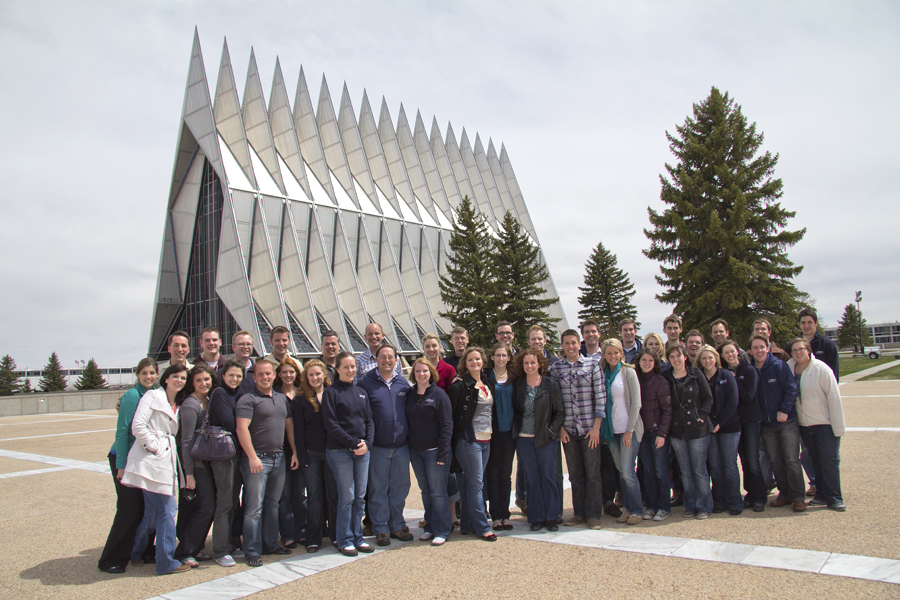 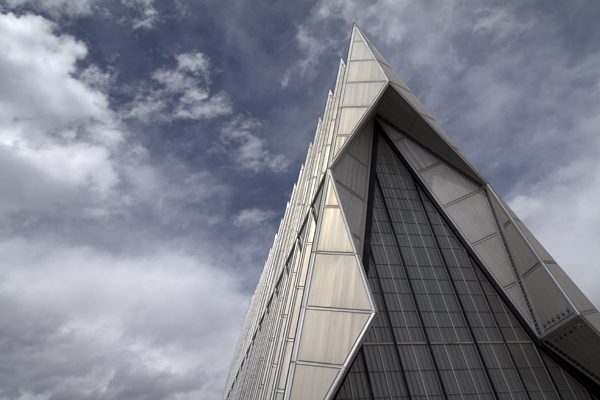 The last blue sky for a few days 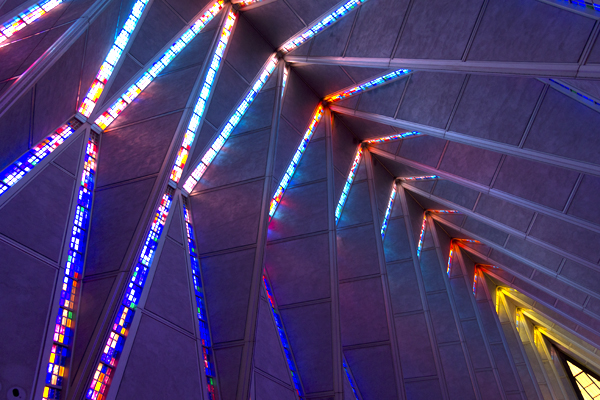 Ceiling and windows inside chapel 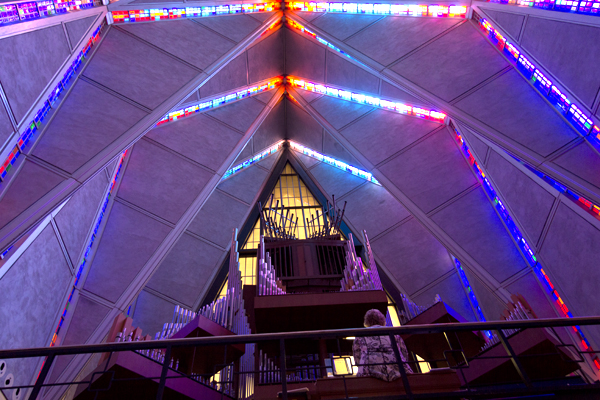 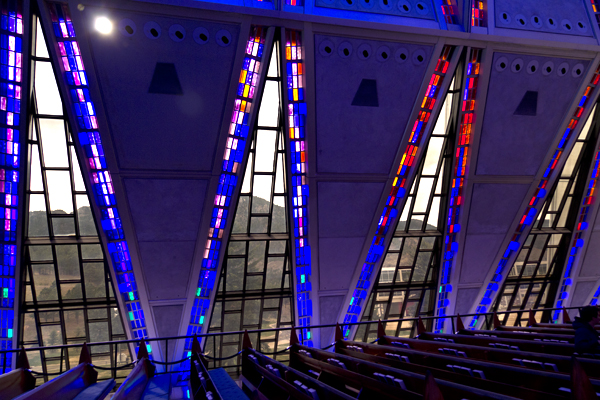 Mountains through the windows 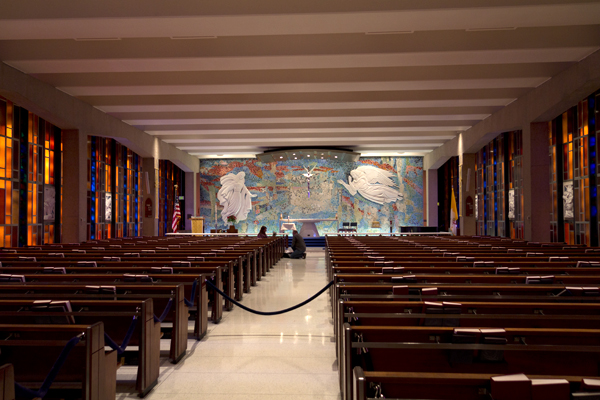 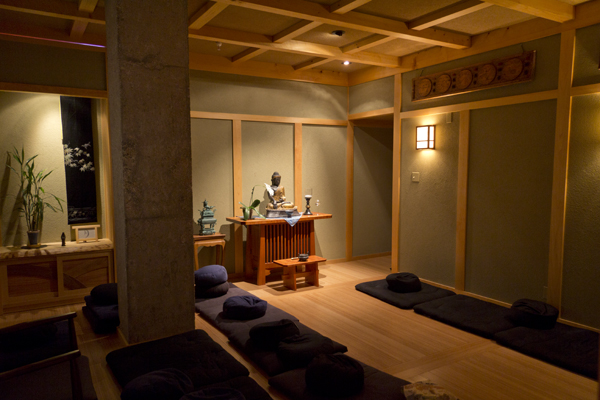 By the time we boarded the bus again the wind was picking up quite a bit, so we took a bus tour through the Garden of the Gods rather than getting out to walk. It has many wonderful red rock formations with Pike’s Peak in the background, but I have no photos. You’ll just have to visit someday.

We arrived at Pine Creek High School in time for a very quick warm-up on stage, then had sandwiches and dressed for the concert. The Pine Creek Festival Singers from the HS opened the concert, and then Singers took the stage for a concert that was a bit lighter than last night’s. It was very well received by the near-capacity audience, and I believe everyone left happy. It is nice to know we have two nights with these hosts, and Sunday services and a fireside tomorrow evening. This is a welcome break from the tour regimen of a concert every night. 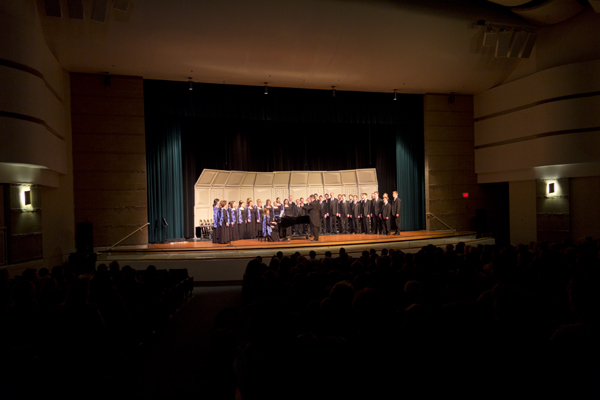 From the back of the hall 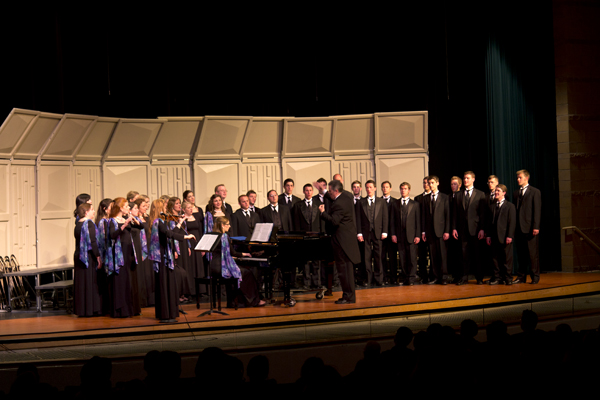 "The Wings of the Morning" 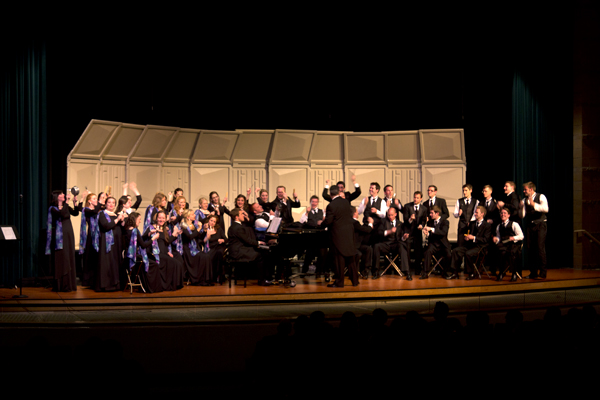 "Dinah's in the Kitchen" 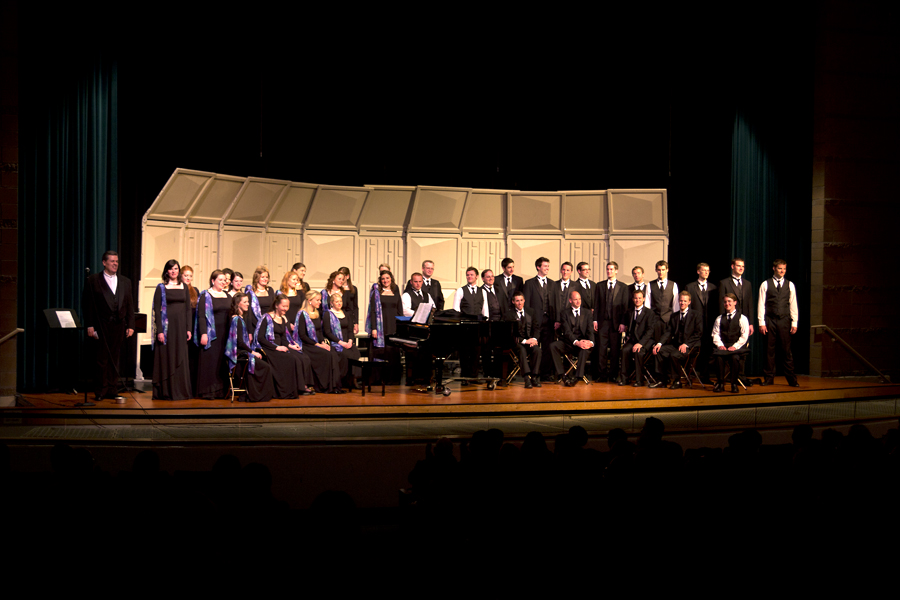 Responding to applause after the encore