BYU Singers joined with Women’s Chorus, Men’s Chorus, and Concert Choir this last week for the first concerts of the year. The Choir Showcase was a great success, and had very enthusiastic and appreciative audiences both nights. The entire night was quite varied as each choir sang selections that will be incorporated into their concerts later in the semester. BYU Singers began their section of the program with an arrangement by McGlynn of a 12th-century Irish tune–this in preparation for their upcoming performances at the Cork International Choral Festival in the spring of 2009. The cello and percussion accompaniment added much to the mood and texture of this wonderful piece. 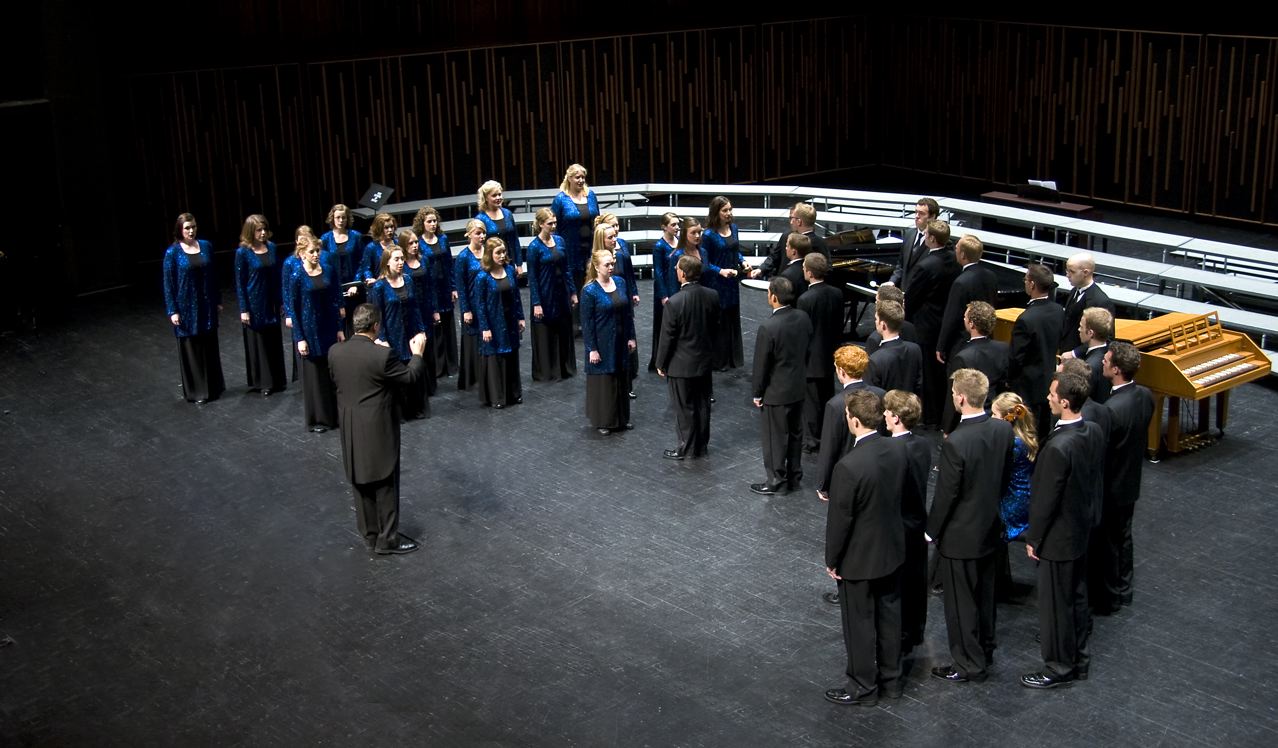 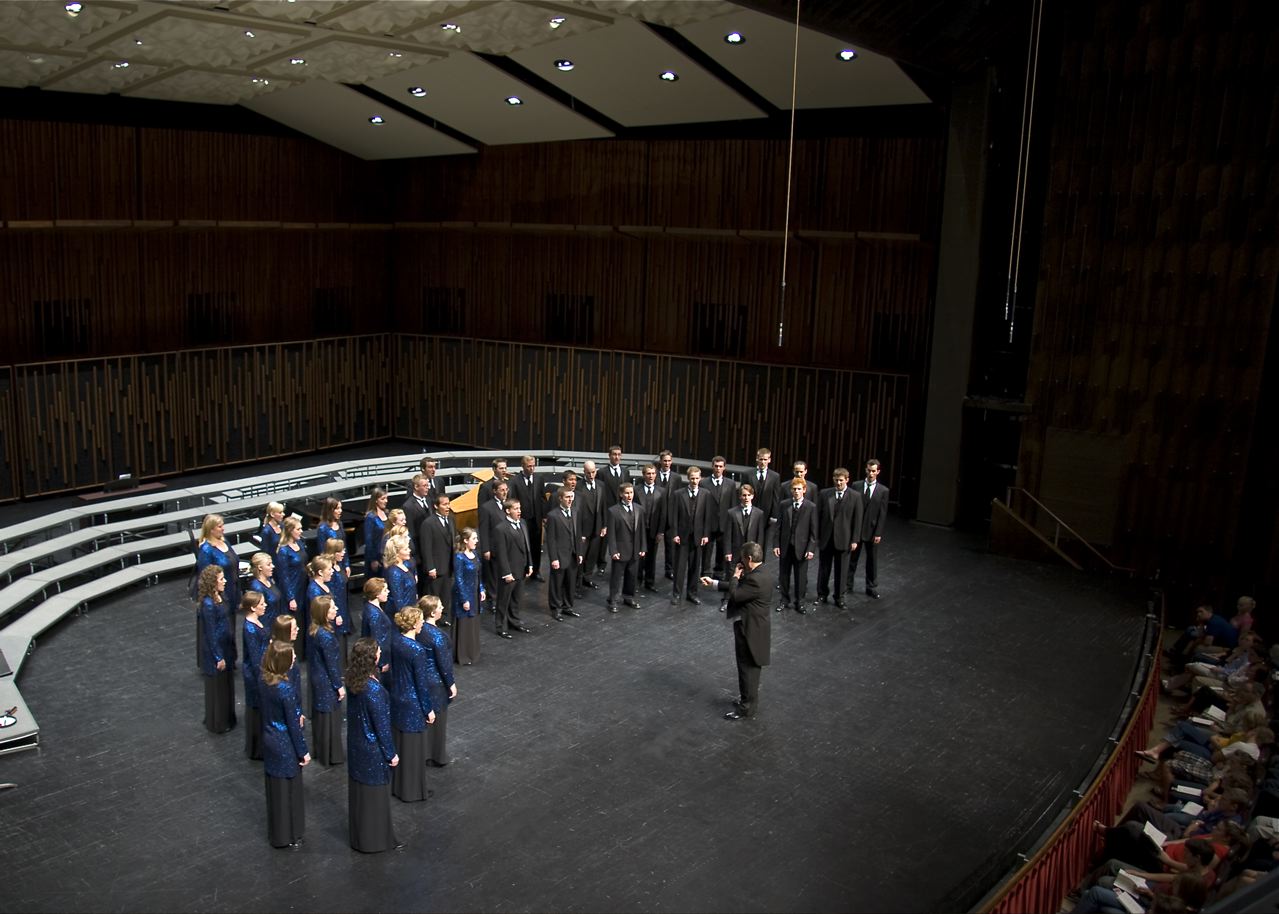 The closing number was a jazzy “VoiceDance” by Greg Jasperse. 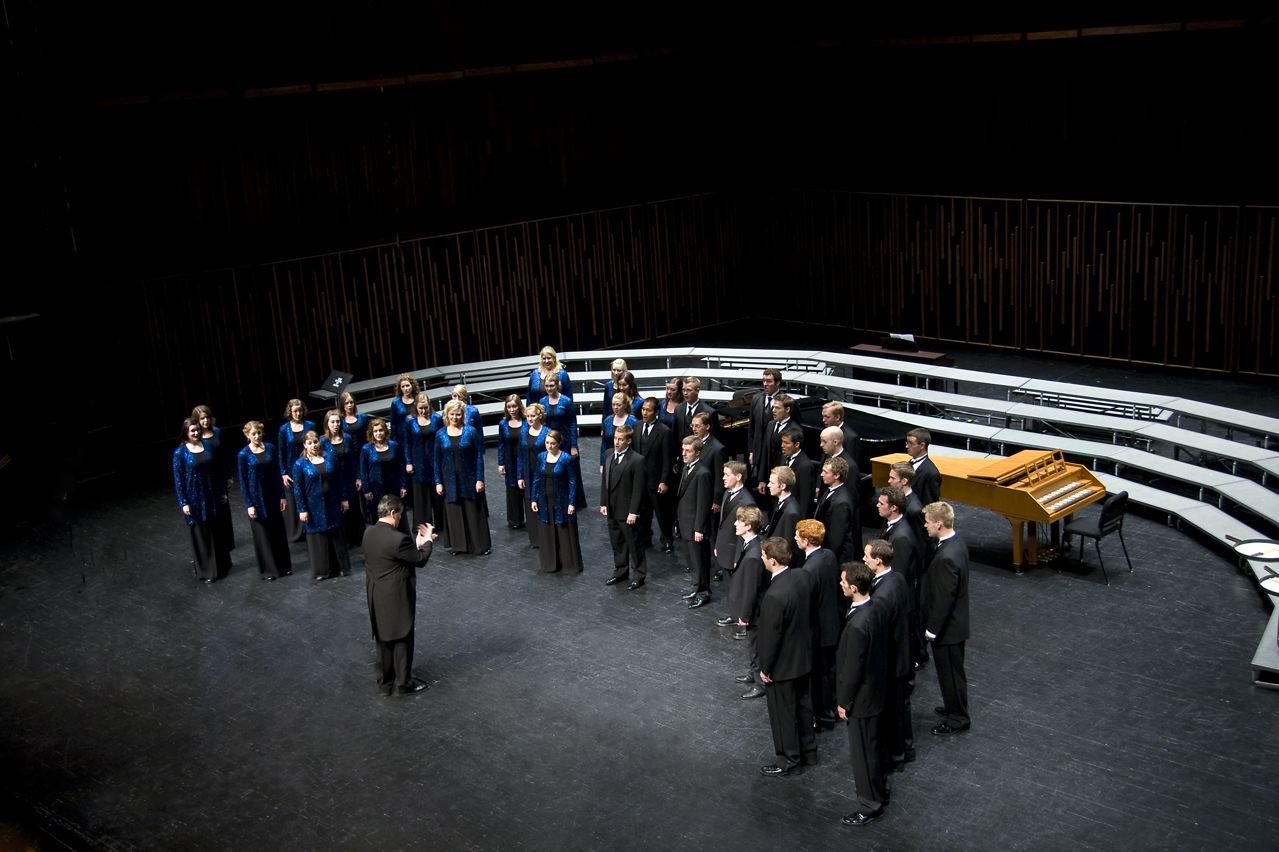 As has been the tradition for many years now, the four choirs joined together to perform after the audience participated in a Group Sing. The photo below shows only about 1/3 of the students in the choirs; the singers filled the stage completely and continued up the side aisles on both sides of the de Jong Concert Hall, surrounding the audience with the beauty and strong faith of Ryan Murphy’s “Pilgrim Song.” This piece has become a favorite of the BYU Choirs, and will be featured in their video, The Pilgrim’s Journey Home, scheduled to be performed and filmed in April 2009. 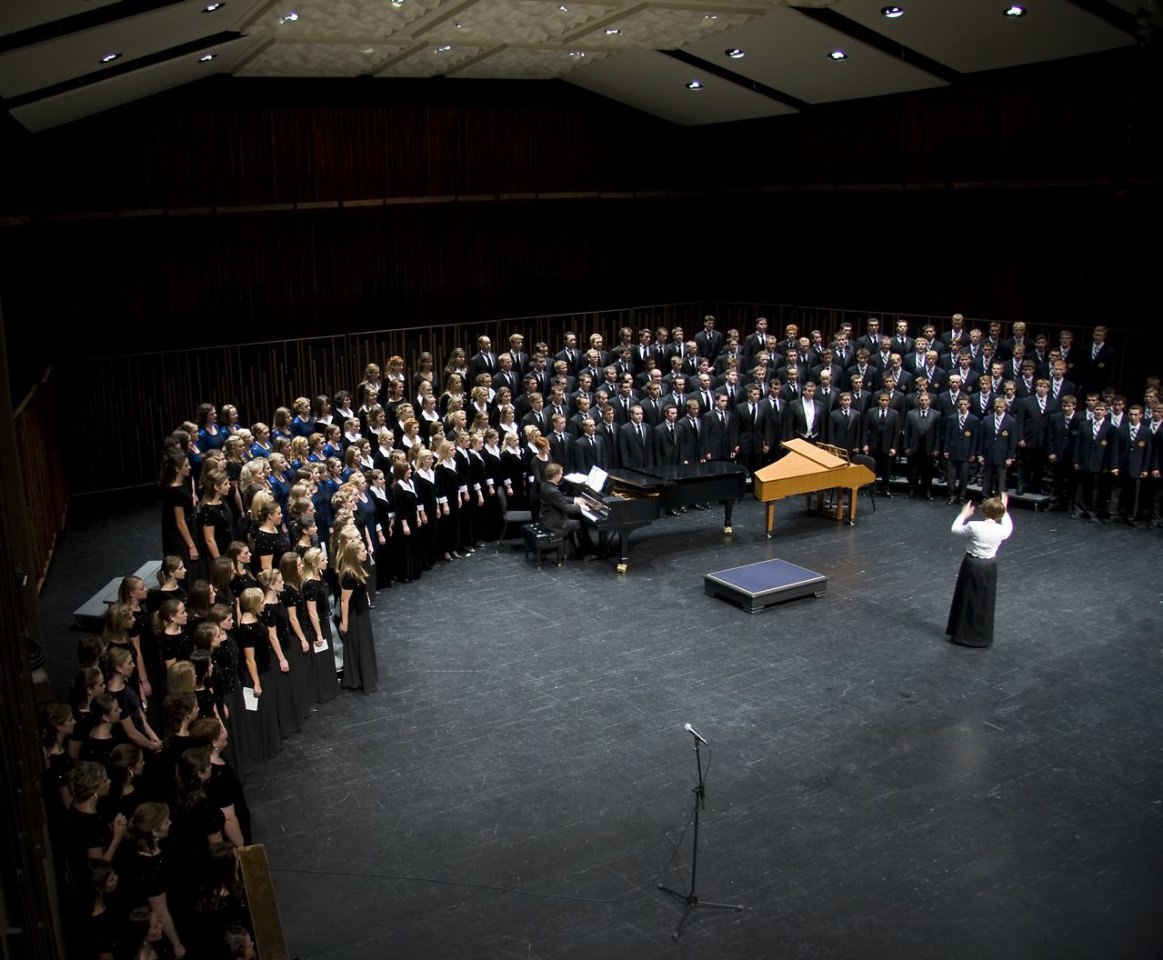