With tonight’s last formal concert of tour, we are facing the realization that our time in Southeast Asia is quickly coming to an end. We began the day with some sightseeing. First we visited a spot in the city where little shops are set up to sell local produce and flowers. Our tour guides purchased food from them so we could experience a little bit of what it tastes like. It was delicious! At many times, however, the sight of live frogs or sea life was almost too much to handle. 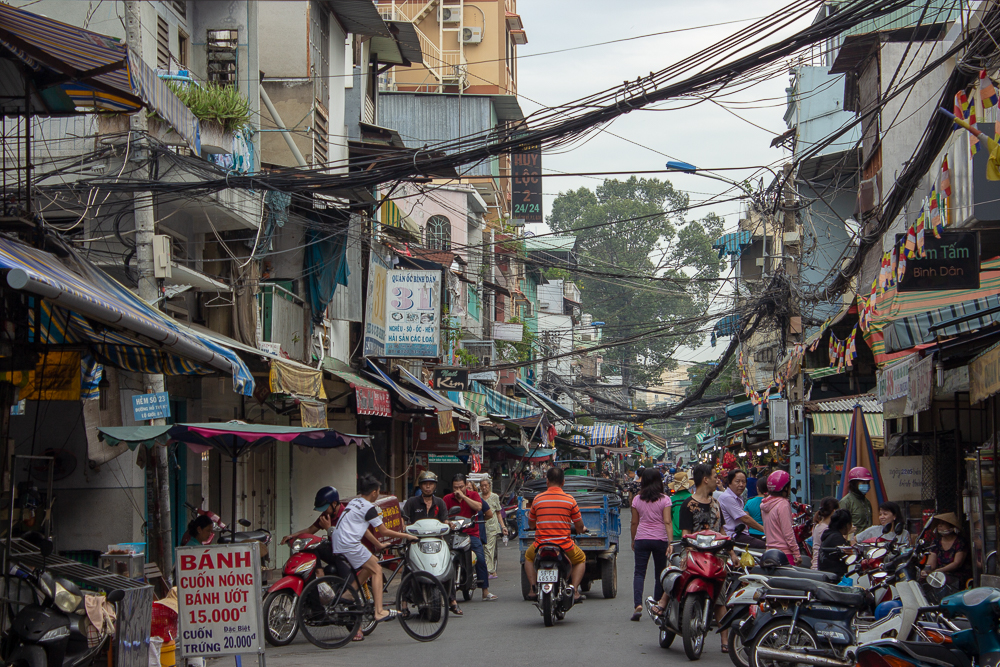 A location for many local shoppers in Ho Chi Minh 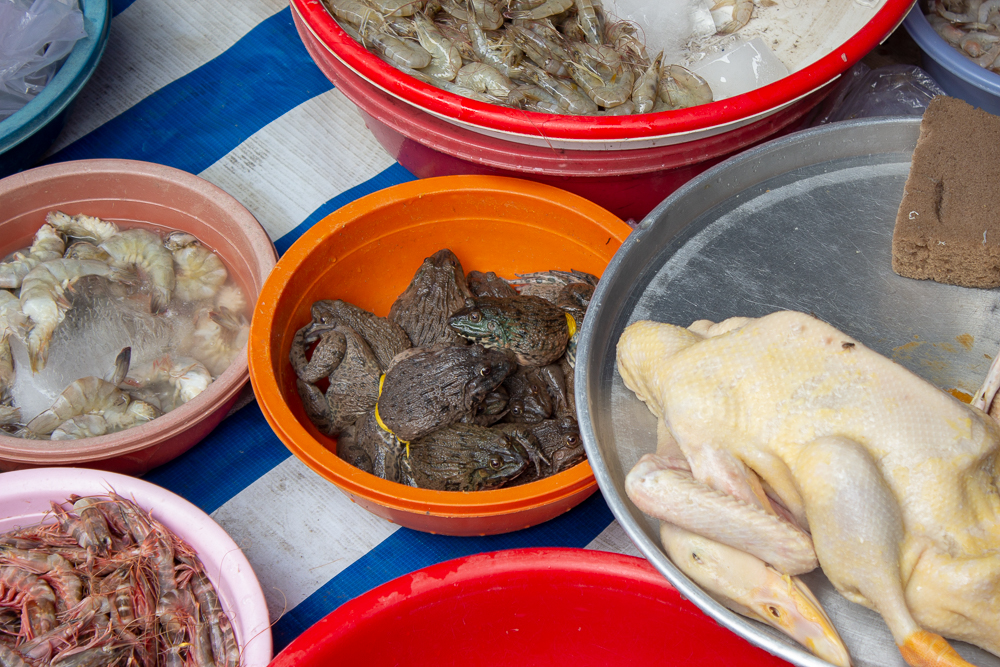 Live frogs for sale in this small market area, accompanied by many other animals both dead and alive

After visiting this area of Ho Chi Minh, we were then taken about an hour outside of the city to the Cu Chi tunnels. This was a historic reminder of how those involved in the Vietnam war actually lived their lives. We had an opportunity to crawl through the tiny tunnels in which the Viet Cong would travel to avoid detection from their enemies. There was a shooting range on the premise as well, so we could clearly hear the sound of gun shots as we were taking a tour of this sight—another reminder for us of the reality of the war. 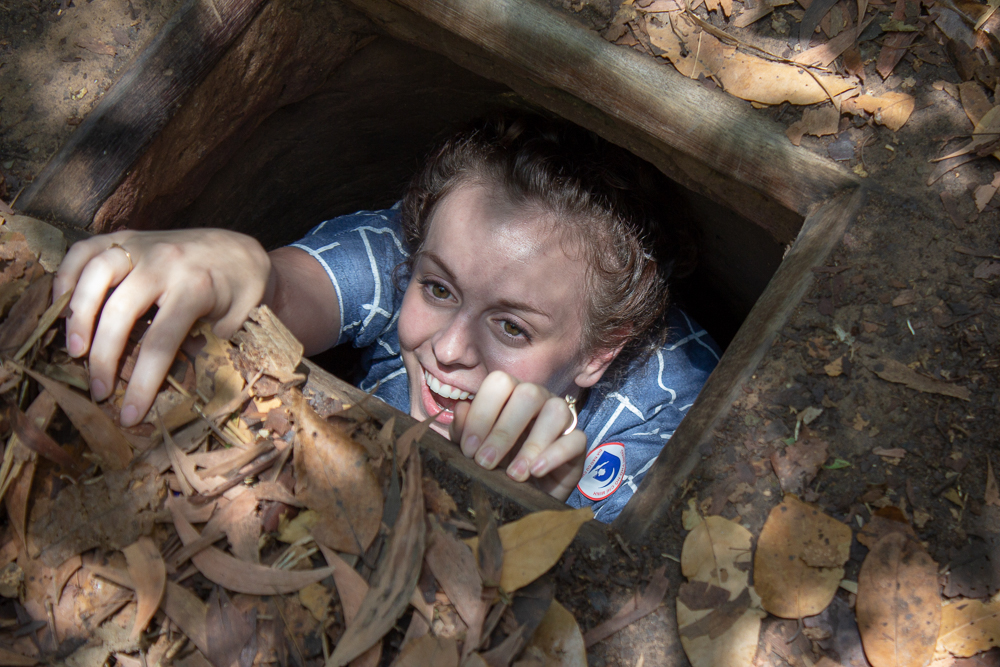 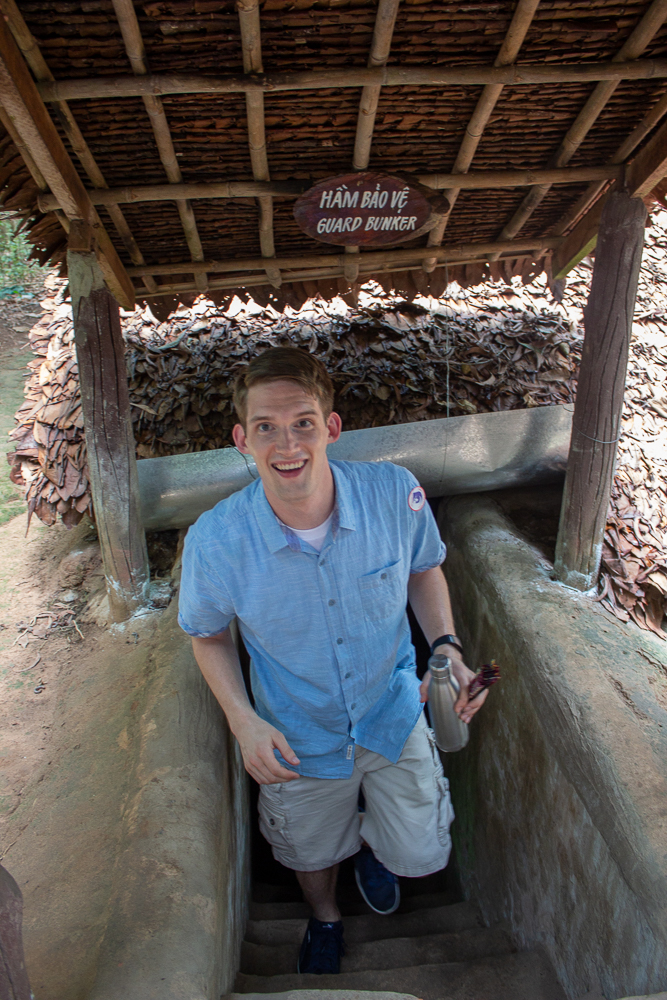 Exiting one of the many small tunnels within this area

Once we finished our tour of the Cu Chi tunnels, we were taken to a beautiful nearby restaurant. We sat outside next to a flowing river as we enjoyed our delicious meal. After lunch we returned to the buses for an almost two-hour bus ride to the Ho Chi Minh City (HCMC) Conservatory of Music where BYU Singers performed once more tonight. Here the choir had a quick rehearsal to refresh a few pieces they did not perform last night. After this rehearsal, we returned to our hotel to prepare for the concert evening. 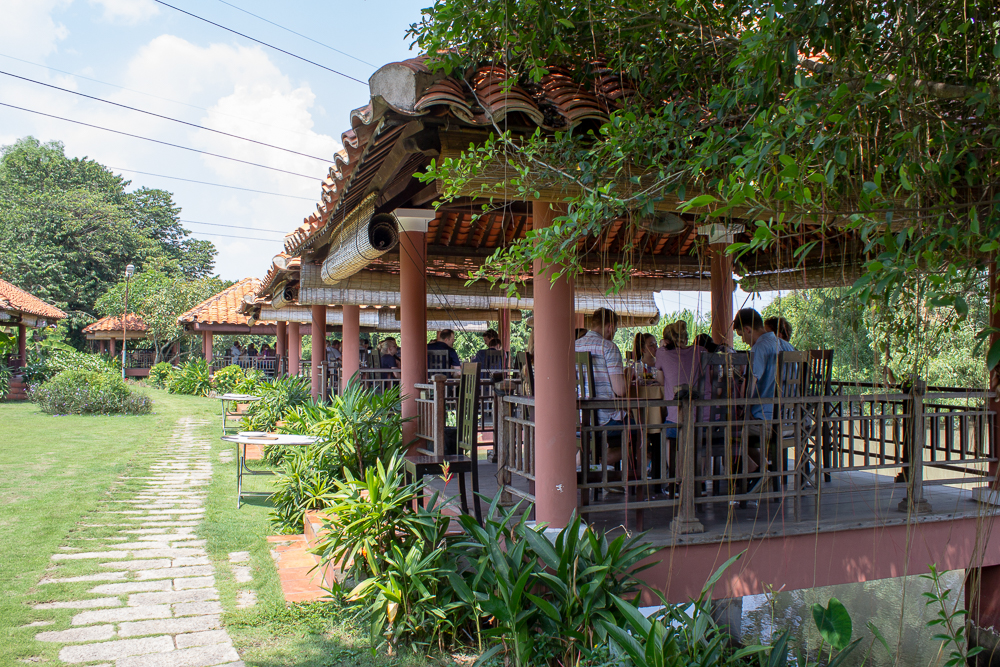 A beautiful outdoor setting for lunch 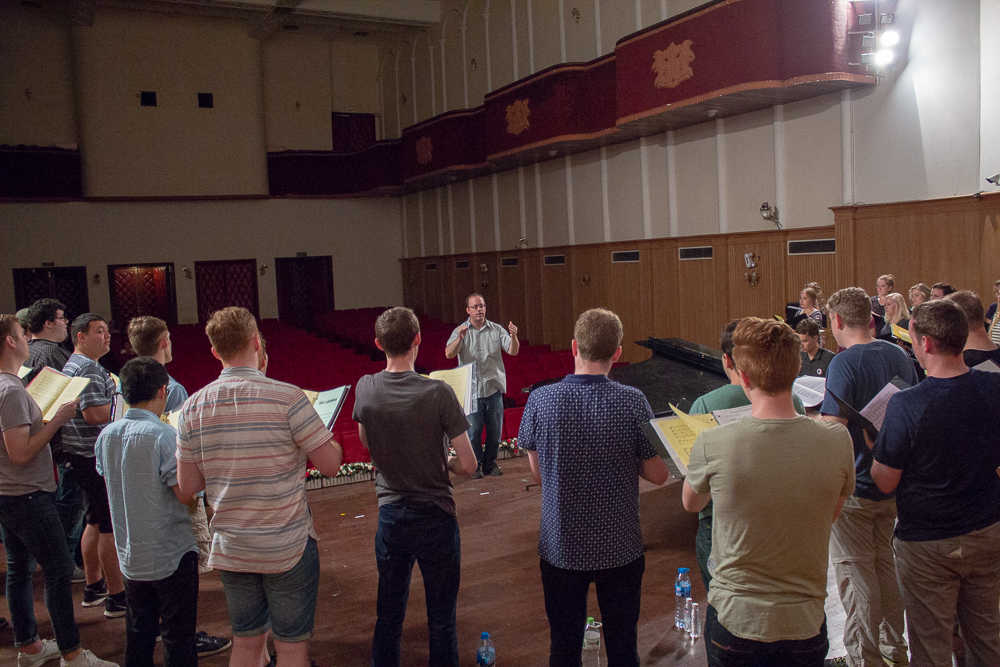 We gathered together after freshening up to head to another local restaurant for dinner. As we were enjoying our meal, we began to hear pouring rain outside accompanied by vicious thunder and lightning. Our buses picked us up right next to the restaurant, so we didn’t get too drenched before heading to the university for the concert. 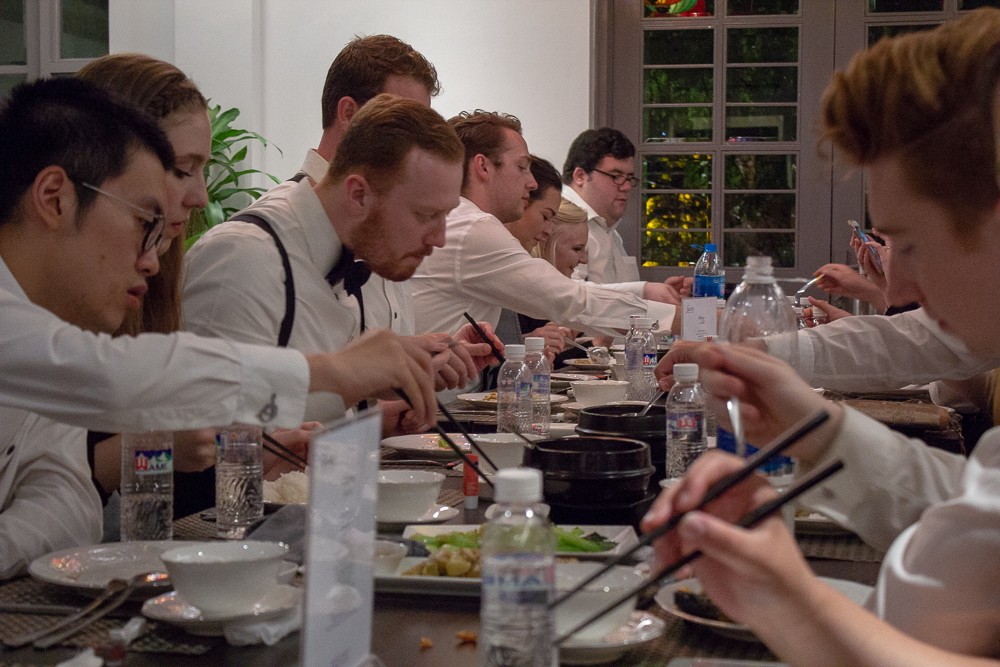 Tonight was the final concert performance of this international tour. BYU Singers performed together with the choir from the HCMC Conservatory of Music after individual performances by each choir. BYU Singers ended their set with Ly Ngua and Nguoi O Dung Ve, both of which were sung in the Vietnamese language. The smiles on the audience’s faces as they listened to the choir perform these pieces was a visible reminder of the impact that choral music has had on each person we have come in contact with throughout this tour. Choral music has once again proven to be a remarkable form of expression. 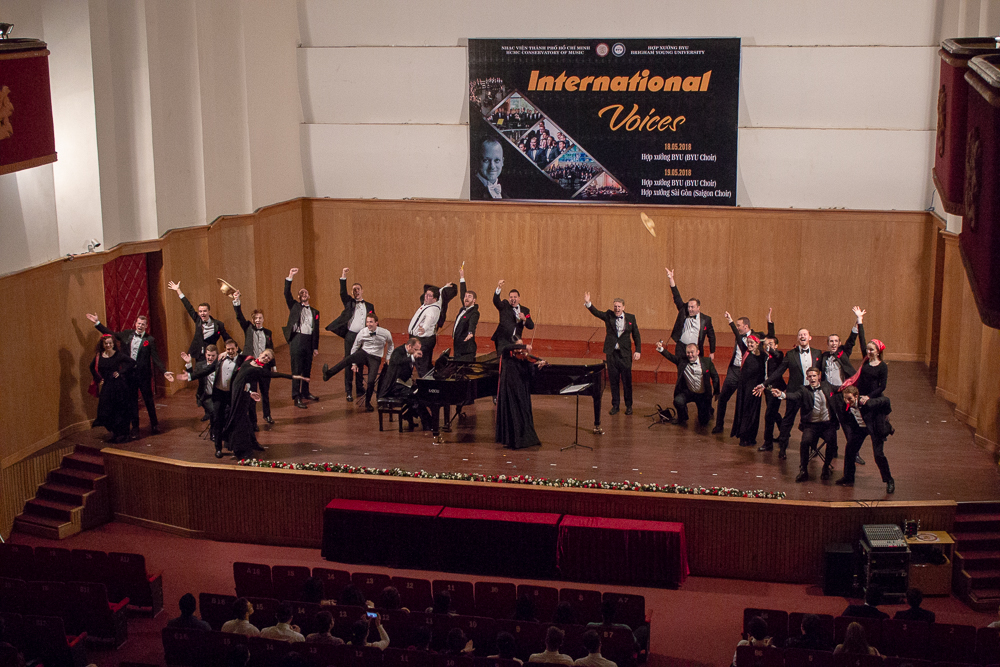 The final performance of Turkey in the Straw, which has consistently been a crowd favorite for its American cowboy style 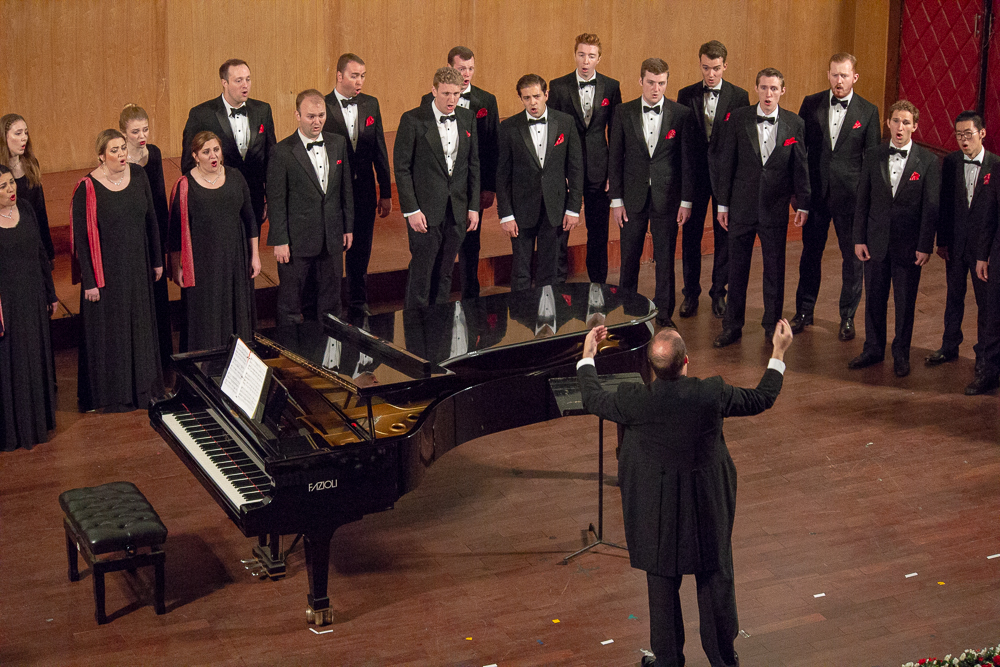 BYU Singers respond masterfully to each gesture given by Dr. Crane 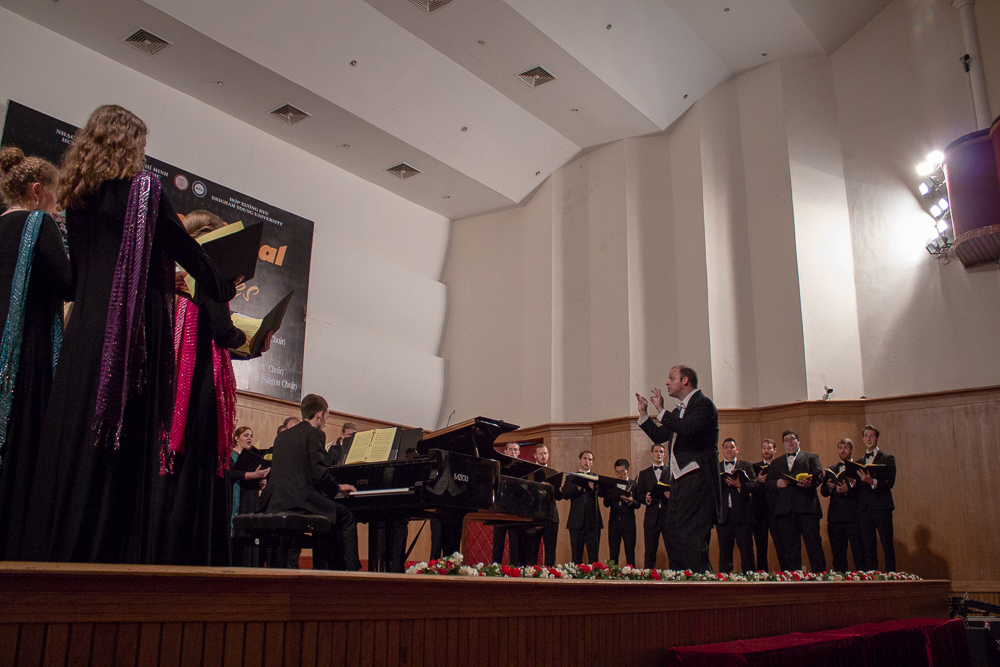 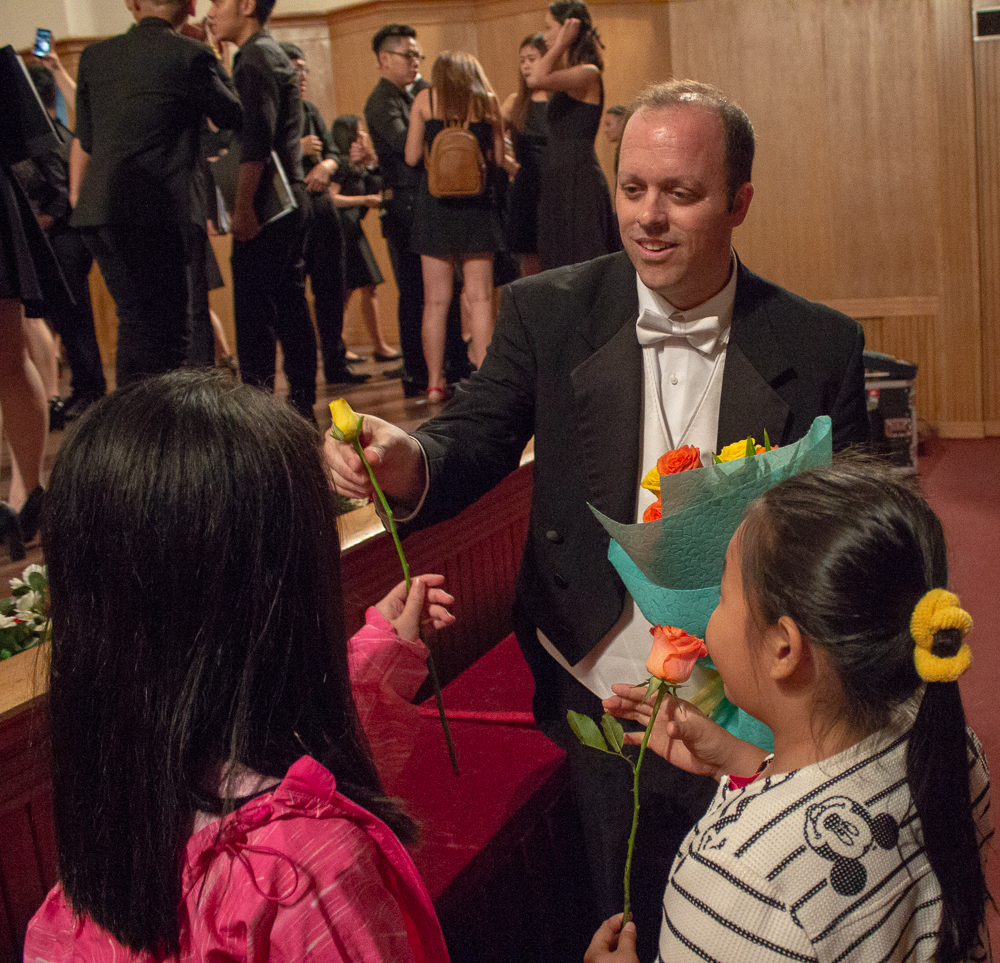 Dr. Crane shares his bouquet with the young members of the audience