This was a day full of new friends, exciting and memorable performances, and, of course, sightseeing. We started off the day with a wonderful breakfast prepared by the hotel. They served both an American-style breakfast and a typical Indonesian breakfast, so many of us began the day with a familiar taste in our mouths while some of the more adventurous Singers partook of the Indonesian breakfast filled with items that seem much more fit for an American dinner such as spiced meats, rice, and tofu.

We left our hotel at 8:00AM to begin our day by heading to central Jakarta with a police escort made possible by the Ministry of Education. While in the center of the city, we drove by many government buildings including the President’s home, the court justice building, and the federal bank. 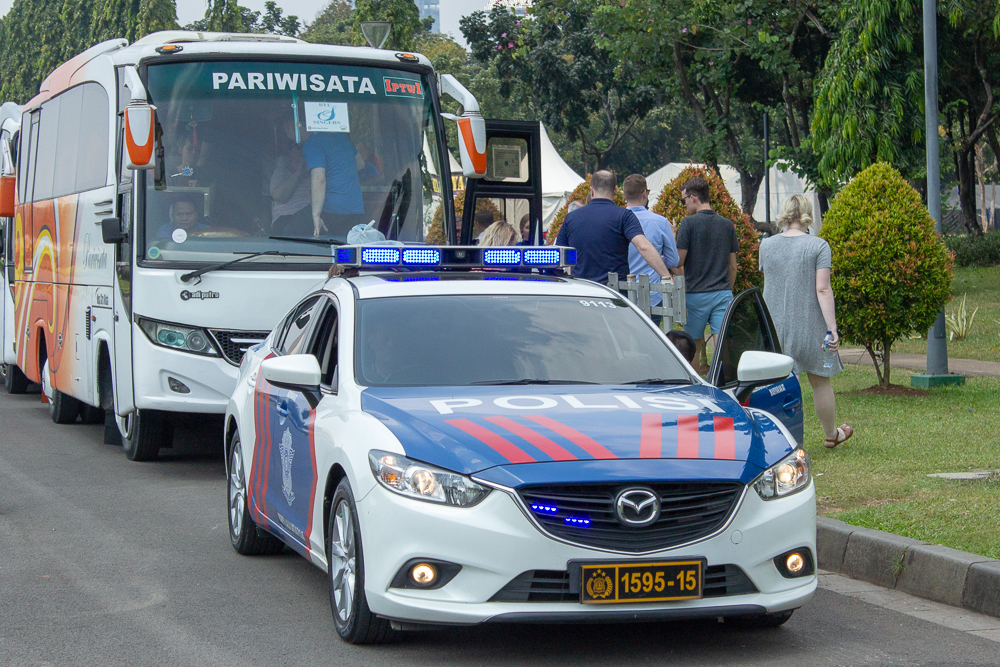 A police escort provided by the Ministry of Education 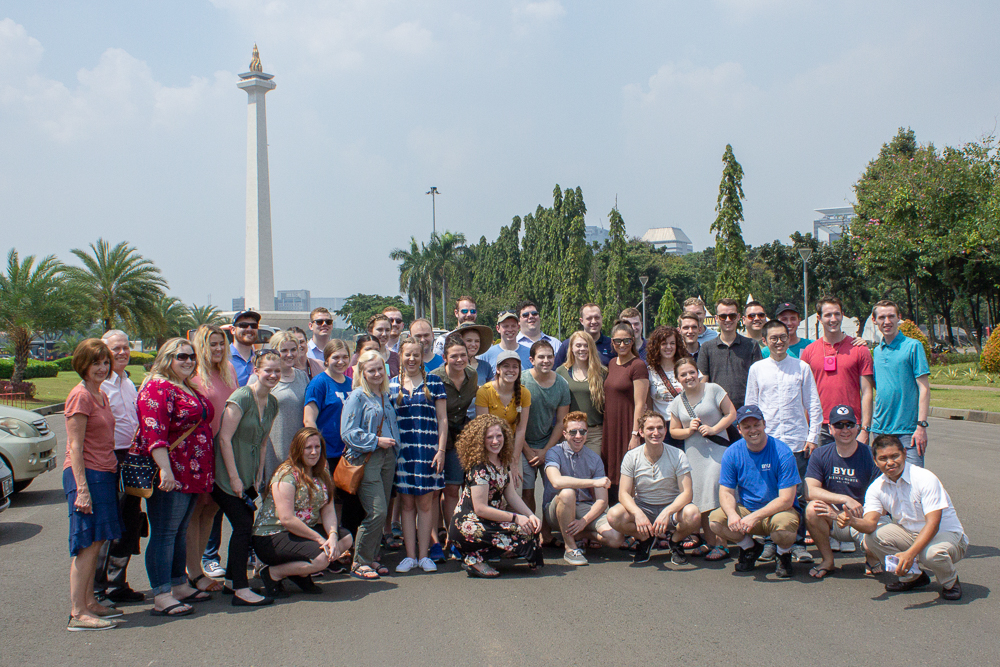 Sandwiched in between our sightseeing was a visit to the National Museum of Jakarta. Many ancient artifacts and priceless jewelry important to Indonesia’s history were on display. Some young students were in the museum, many of whom took this opportunity to provide the Singers with yet another impromptu photo session. 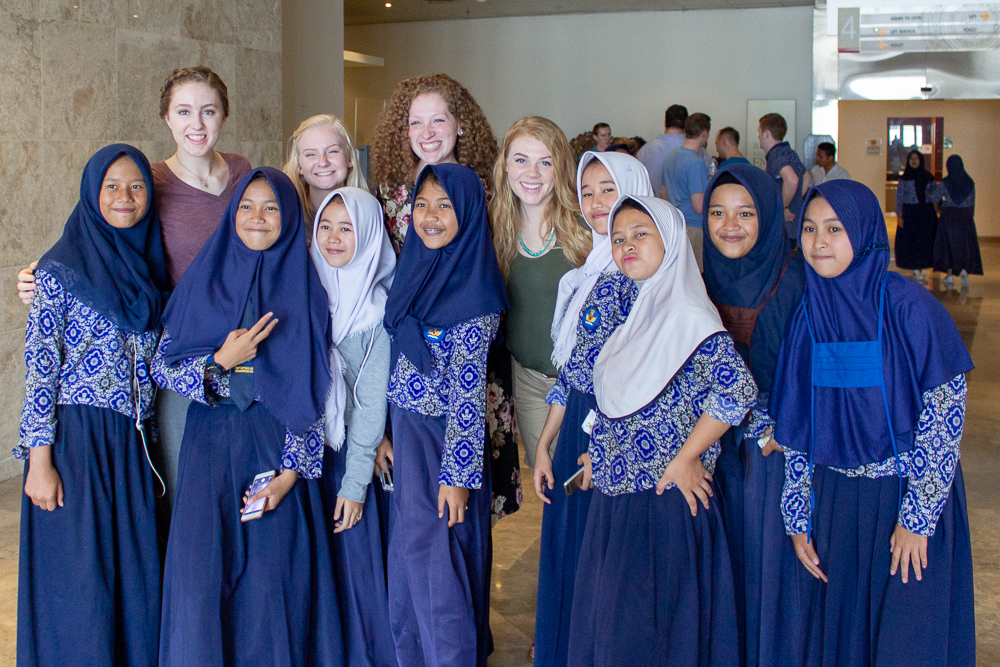 Our next stop was a very special place that made many of us feel very comfortable—the mission president’s home. This building serves multiple purposes for the LDS Church in Indonesia. Aside from being the mission president’s home, it also serves as the mission office, the Church service center, and the public affairs center for Indonesia. President Subandriyo was kind enough to invite us to his home for lunch. After a delicious meal, the building gained yet another purpose—a rehearsal space for the Singers before their first performance of the day. Here, with a small, loving audience of President Subandriyo and his family, the Singers rehearsed the four Indonesian pieces they would be performing just hours later. 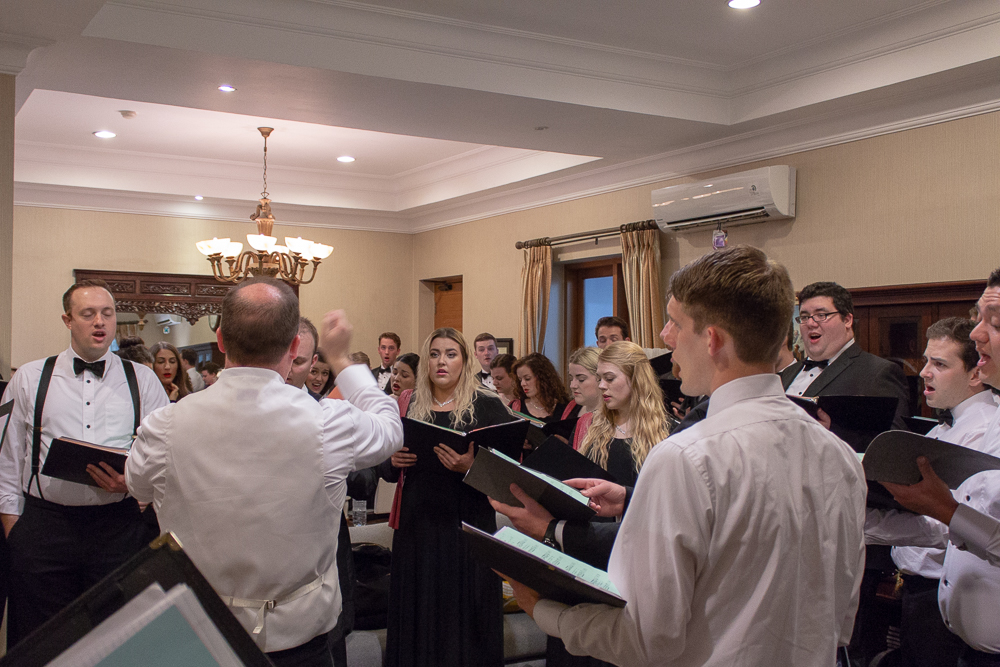 A quick rehearsal in the mission president’s home

The Singers’ afternoon performance took place at the Ministry of Education for Indonesia. Today was a national celebration of education for the Indonesian people, and there was a special concert held for this occasion at which the Singers were invited to perform. The audience consisted mostly of young children on a field trip to the Ministry of Education and their teachers, and the excitement they felt as soon as the Singers stepped on stage was palpable beyond belief. During each and every piece the audience cheered loudly as they listened to the Singers’ polished diction. After the concert ended, each performing group stood facing the audience for a photo. While the Singers were standing for their photo, the MC for the event asked if the audience would like to join them for a picture. Children began screaming and storming the stage anxious to take a photo with these incredibly talented individuals. 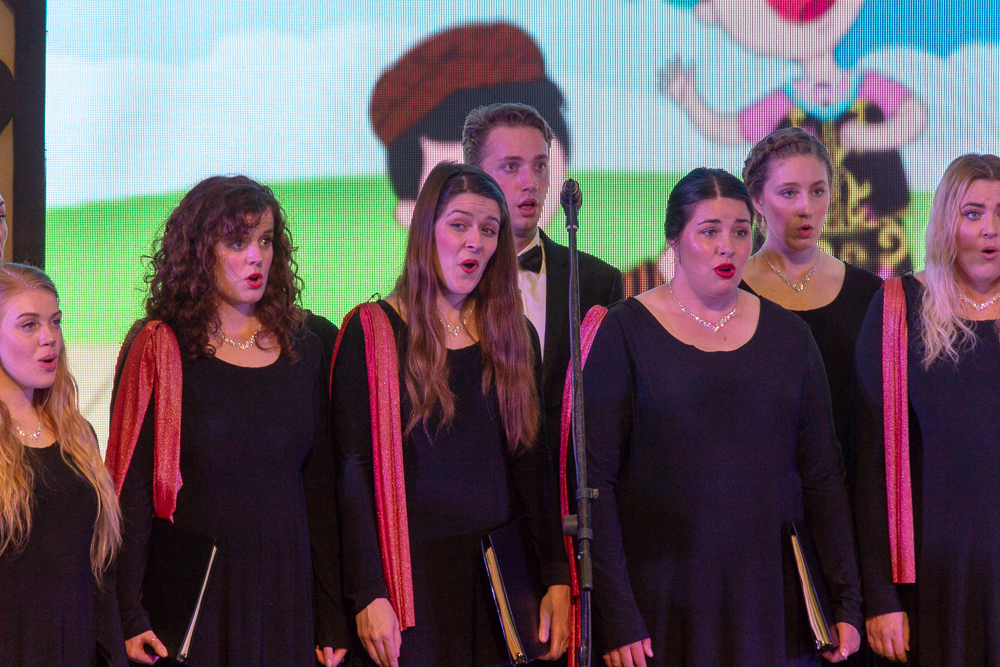 The Singers perform in the Ministry of Education 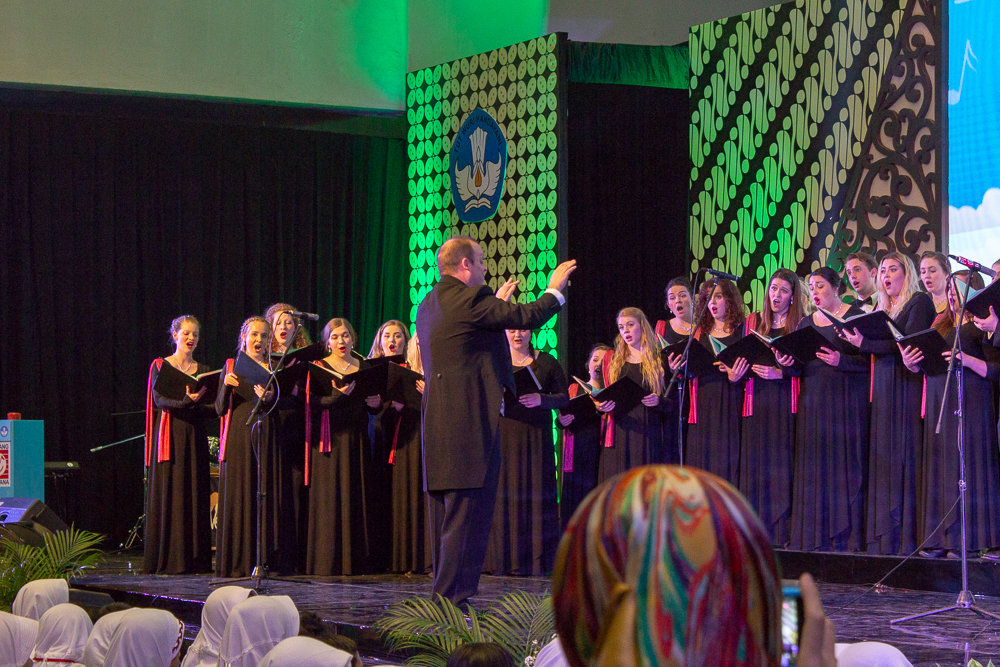 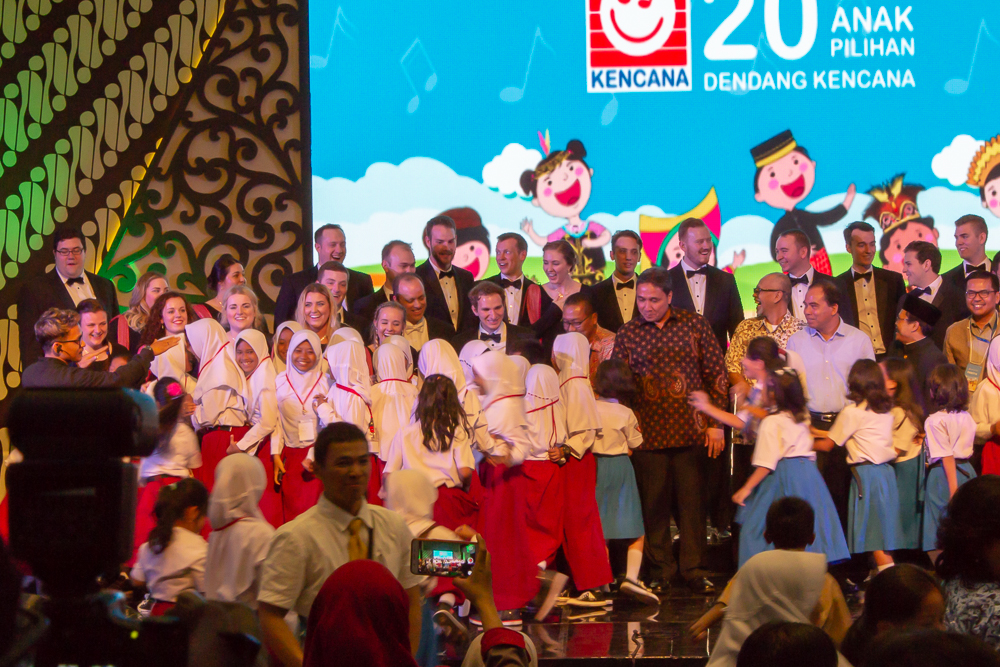 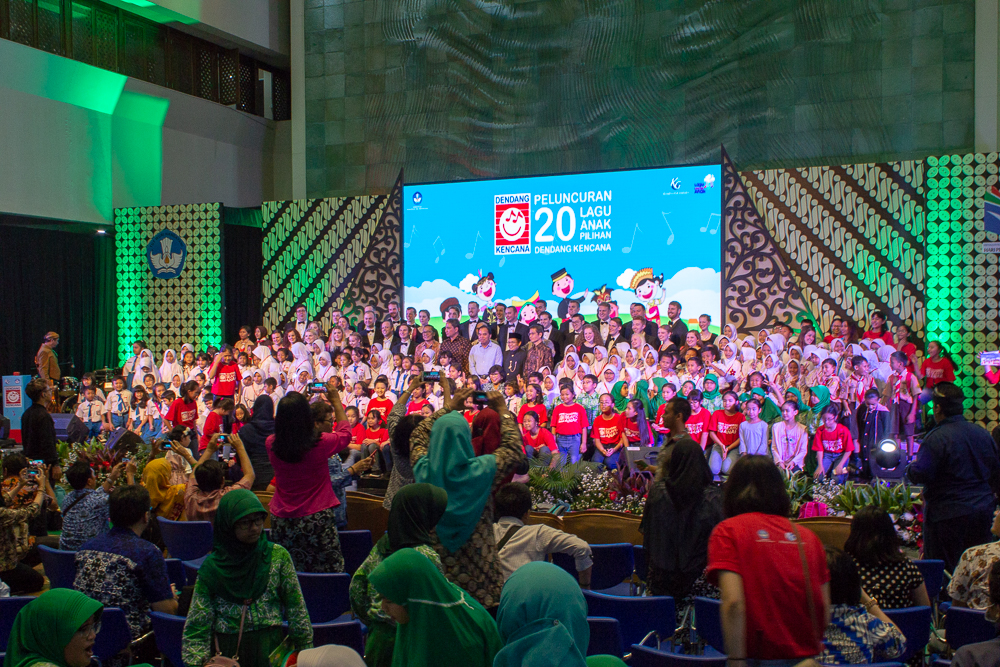 Once all the students were on stage

We then went upstairs to meet a very special person—the Minister of Education for Indonesia. After meeting and speaking with Dr. Crane for a bit, the Singers stood together to sing a familiar Indonesian anthem, Rayuan Pulau Kelapa, to which the Minister of Education sang along. He shook hands with each member of the choir before departing for his daily duties. This was a very special opportunity for all those involved. 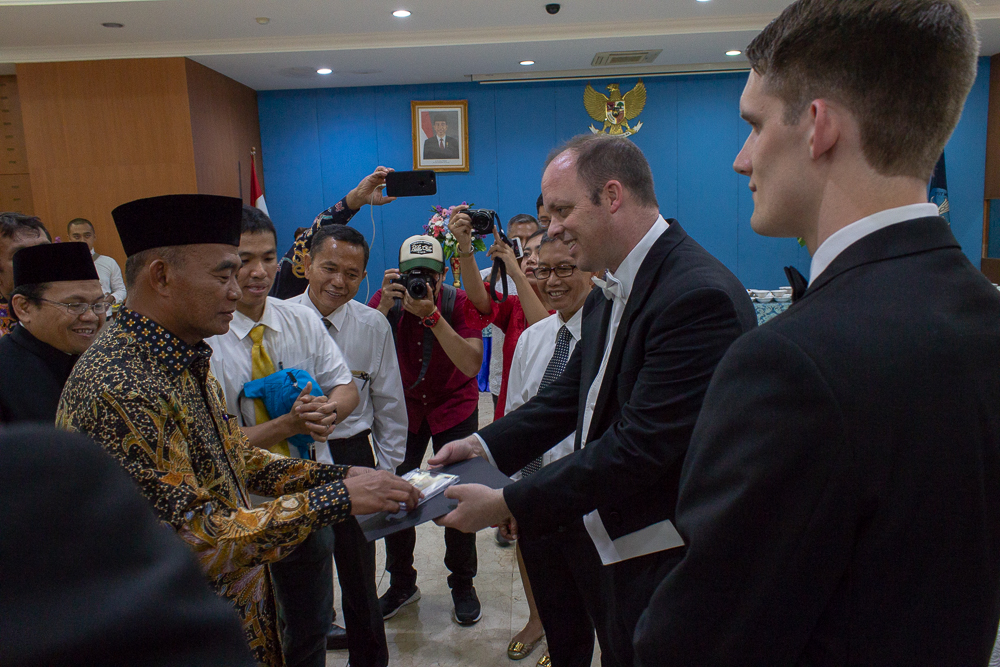 Presenting the Minister of Education with a gift 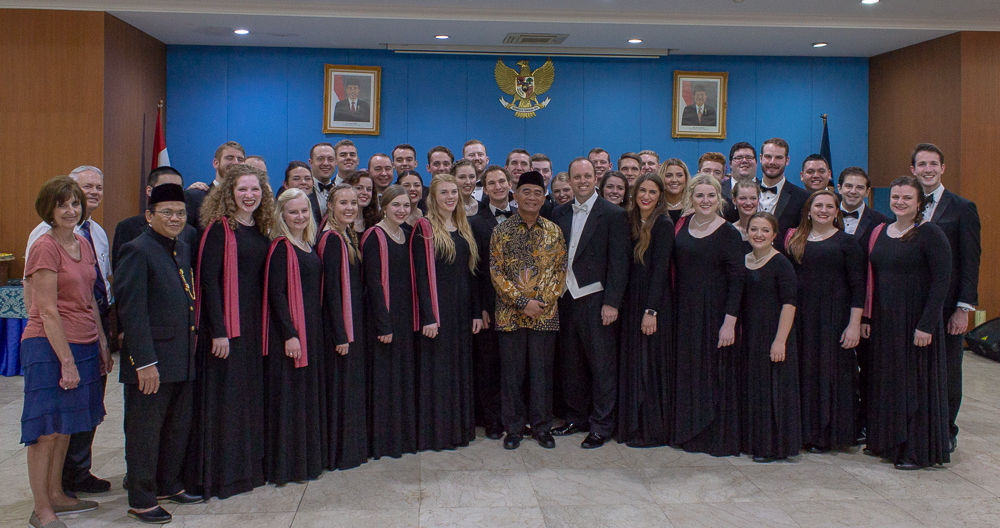 Group photo with the Minister of Education 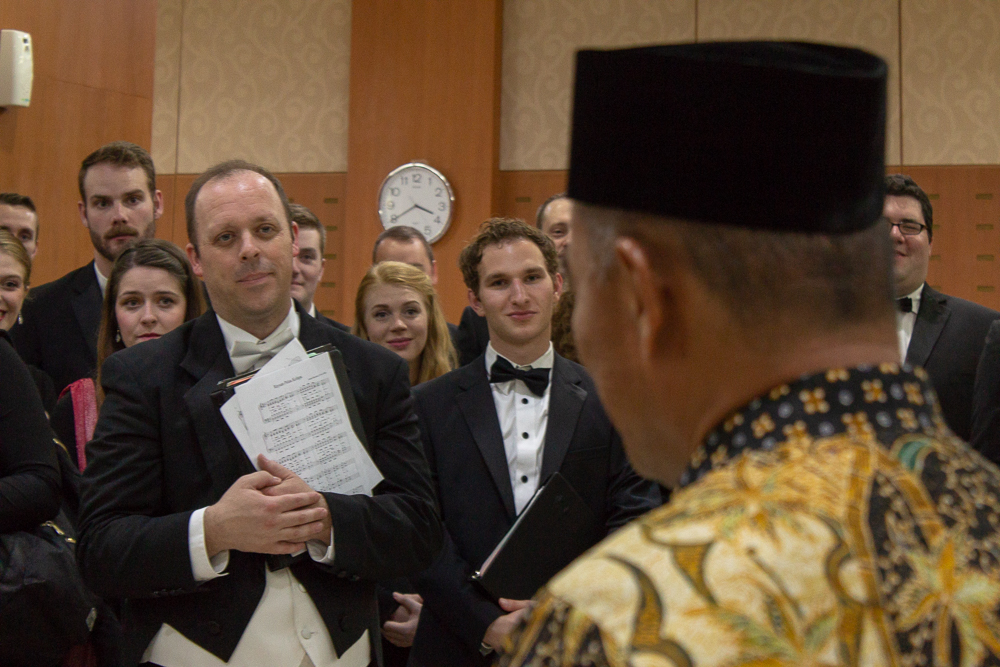 Talking and getting to know each other 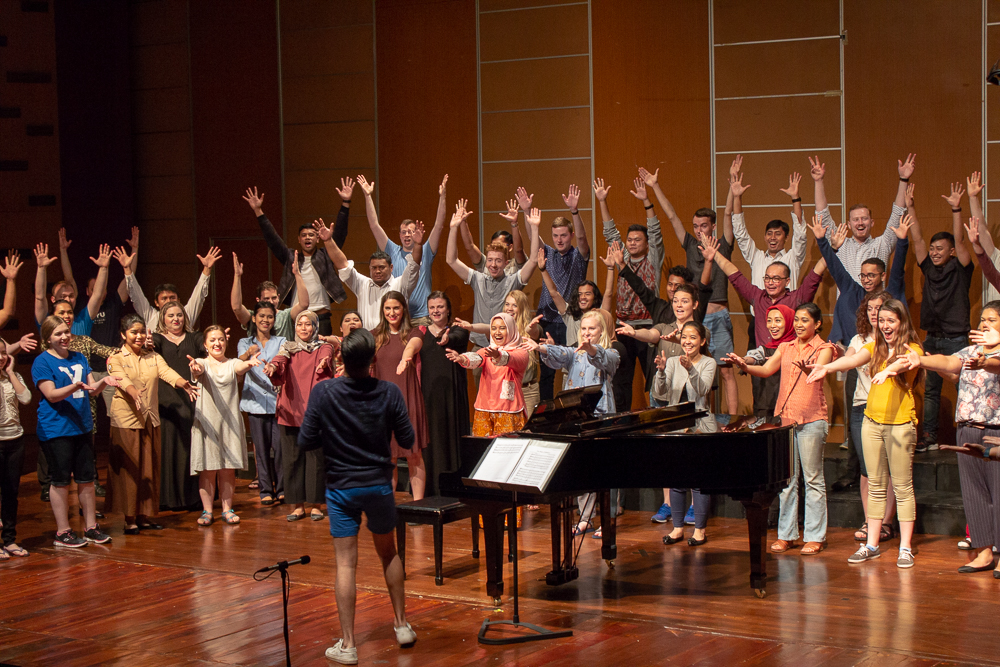 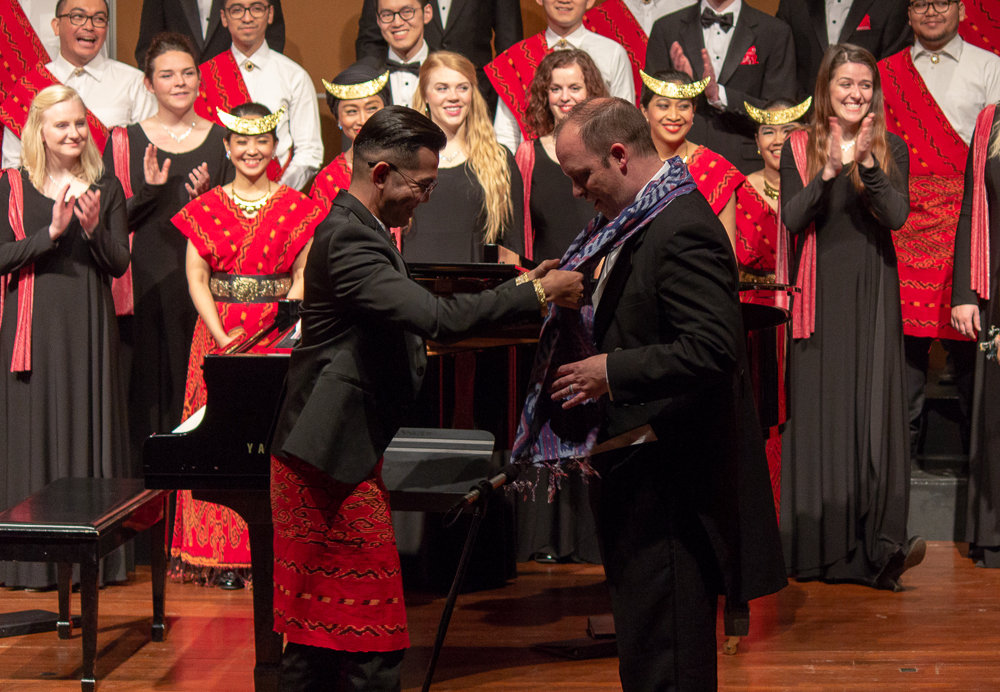 Roaring applause followed this performance, as well as the chant, “We want more! We want more!” The Singers and the Batavia Madrigal Choir then joined together to perform the very same piece they performed for the Minister of Education just hours prior. Many of the audience members mouthed each word along with the performance. This was a very memorable day, and we are looking forward to tomorrow when we will travel to a new city and meet more new friends. 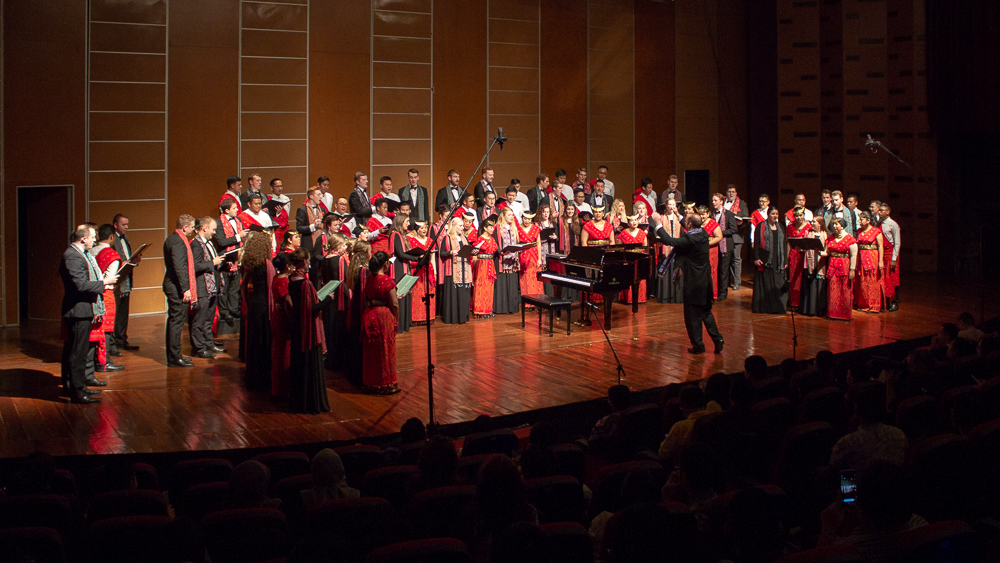 An encore performance for a very loving and cheerful audience