After our day of rest yesterday, we were ready for another day of our tour of Southeast Asia! We began the day with a breakfast provided by our hotel with many different rice dishes alongside meats such as chicken, beef, and pork. The food seems to be relatively similar between each meal, however the hotels are nice enough to typically include a little piece of America in their breakfasts.

After breakfast we were off to sightsee. We walked through a small open area downtown surrounded by several mosques. While walking through the city, many of the Singers were stopped yet again for photos with the local people. They can’t get enough of the fair skin! 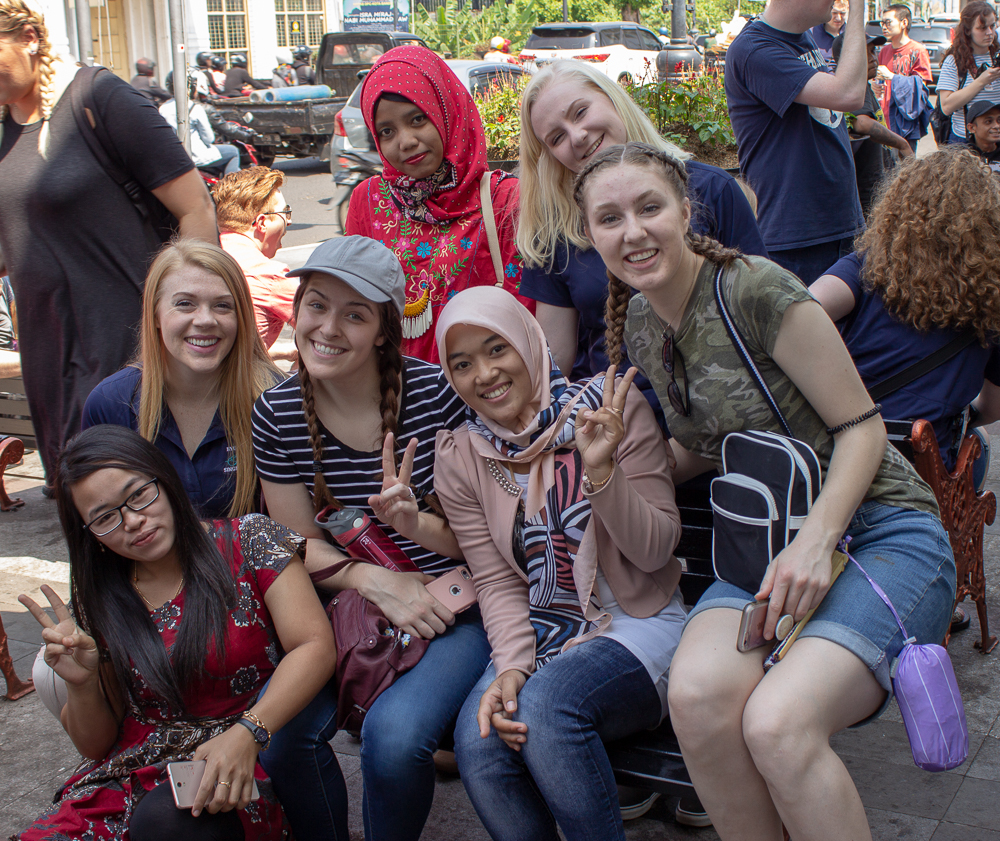 Another photo with the local people of Bandung 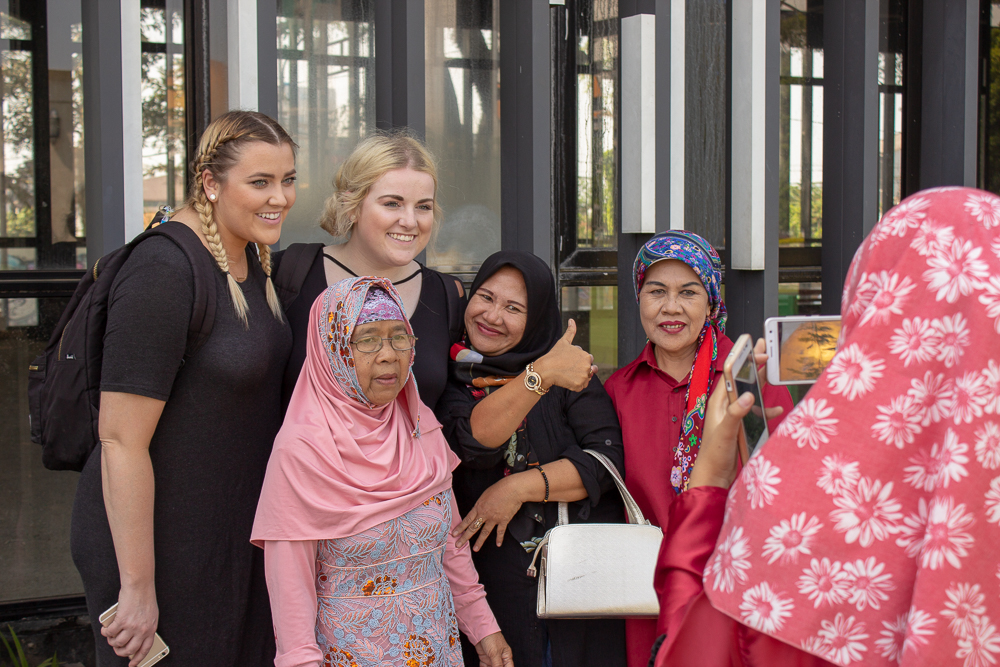 We were lucky enough to be invited to enter one of the mosques near where we were, so we took off our shoes as is customary and were privileged to enter the sacred, beautiful building. Within the furthest room in the mosque, BYU  Singers had a chance to sit on the rug and have a quick moment of internal reflection. We were granted permission to take photos, so we were able to capture this special experience. 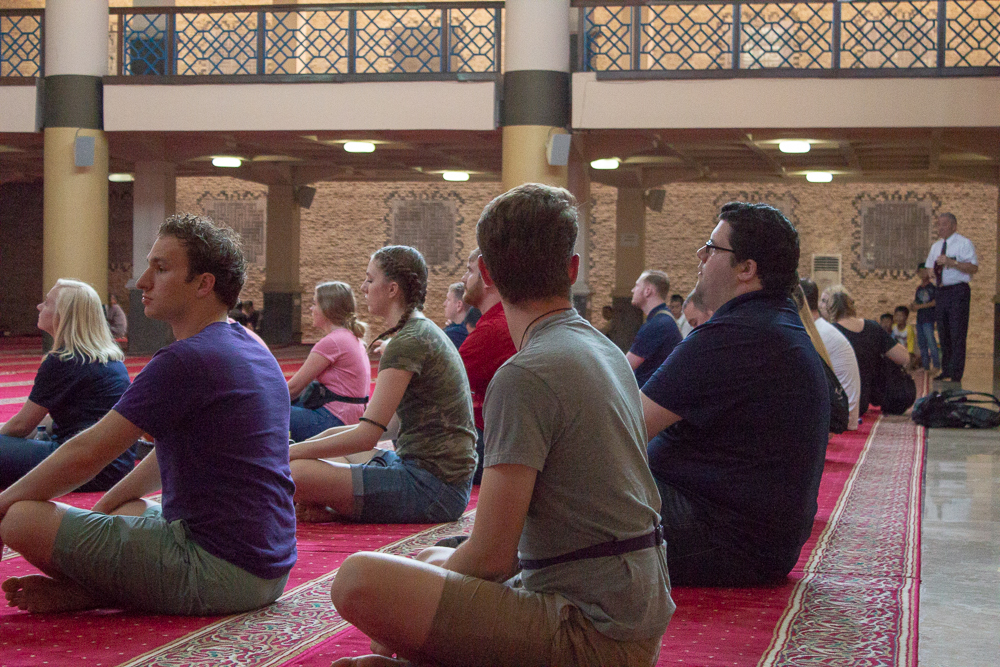 We saw several other buildings such as the Governor’s office and the Office of Parliament on our bus ride through the downtown area. Bandung is somewhat of a historical piece of Indonesia and it is one of the most important cities for Indonesia’s industry overall. We then went back to the hotel to give the Singers a chance to gather their concert attire for their special performance tonight. We had lunch, and after a quick break we were off the the Maranatha Christian University where our performance was held.

We arrived and were able to meet the conductor of the Maranatha Christian University Choir, Agustinus Bambang Jusana. We were then taken to the space where we would be performing; a beautiful, open, two-story venue. The Singers gathered on stage to rehearse by themselves for about two hours, and then the Maranatha Christian University Choir joined the Singers in singing When the Trumpet Sounds and Siksik Si Batu Manikam. The Singers had a little surprise to learn that they would be doing choreography along with the latter piece, but with the direction of their new friends they were able to learn the dance. The University then provided a delicious, familiar, dinner for us—spaghetti, beef, and potatoes. 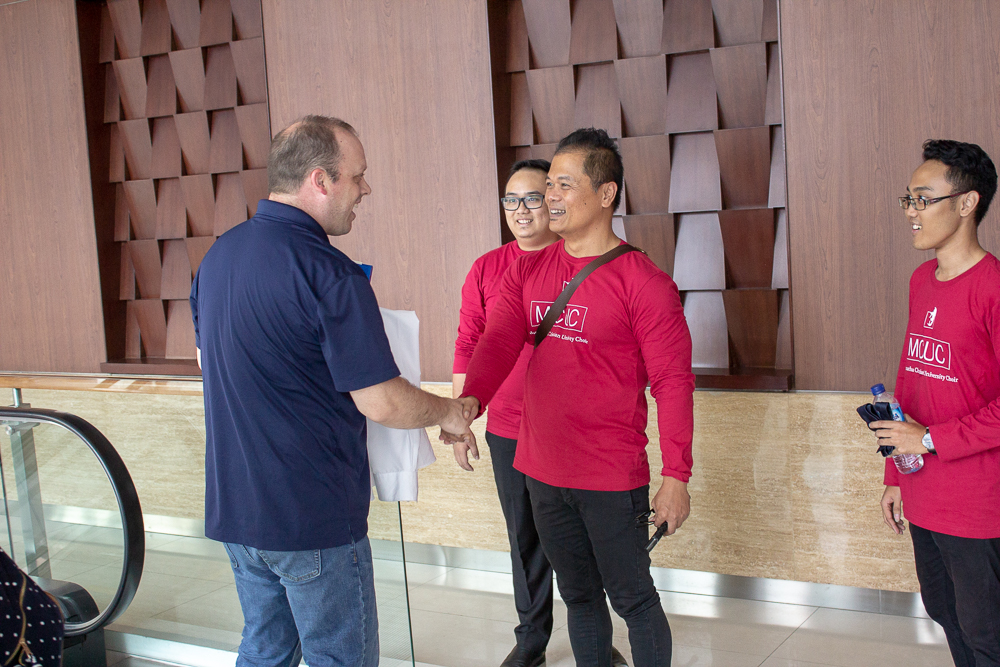 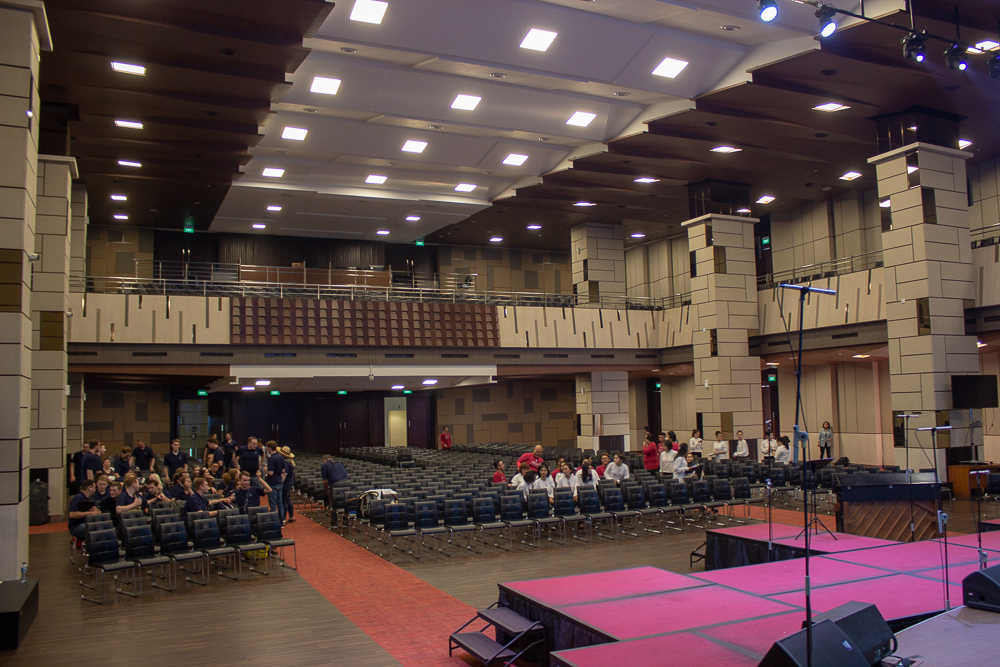 Our beautiful concert venue tonight at the Maranatha Christian University 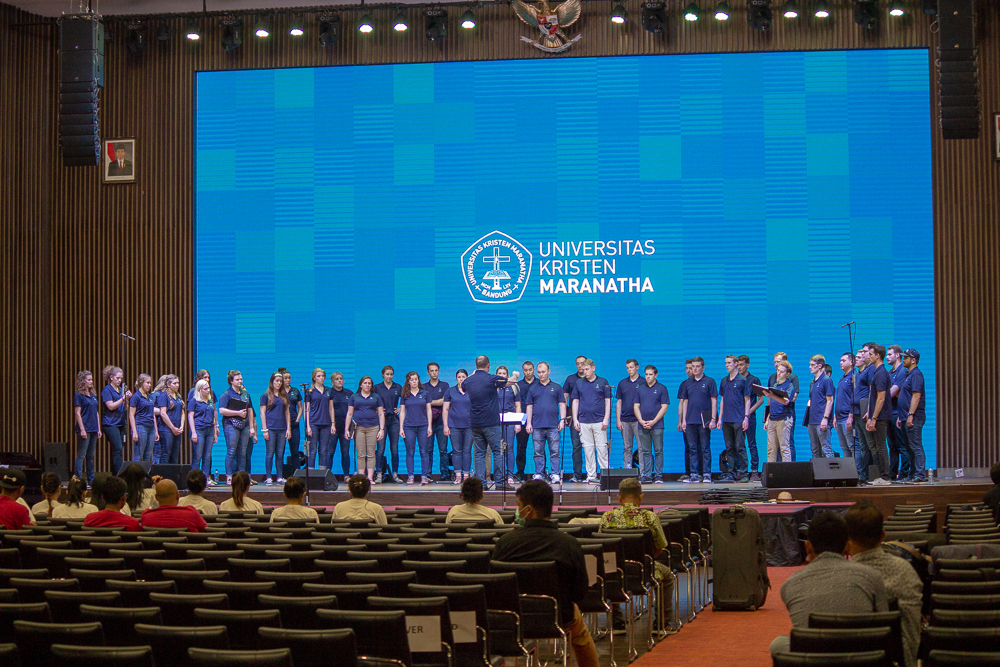 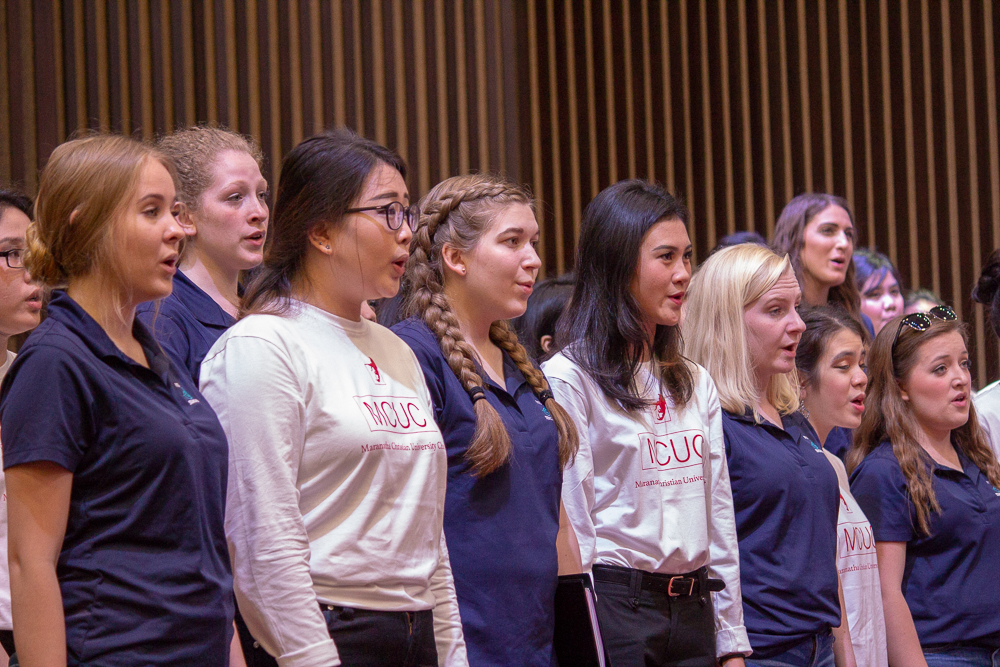 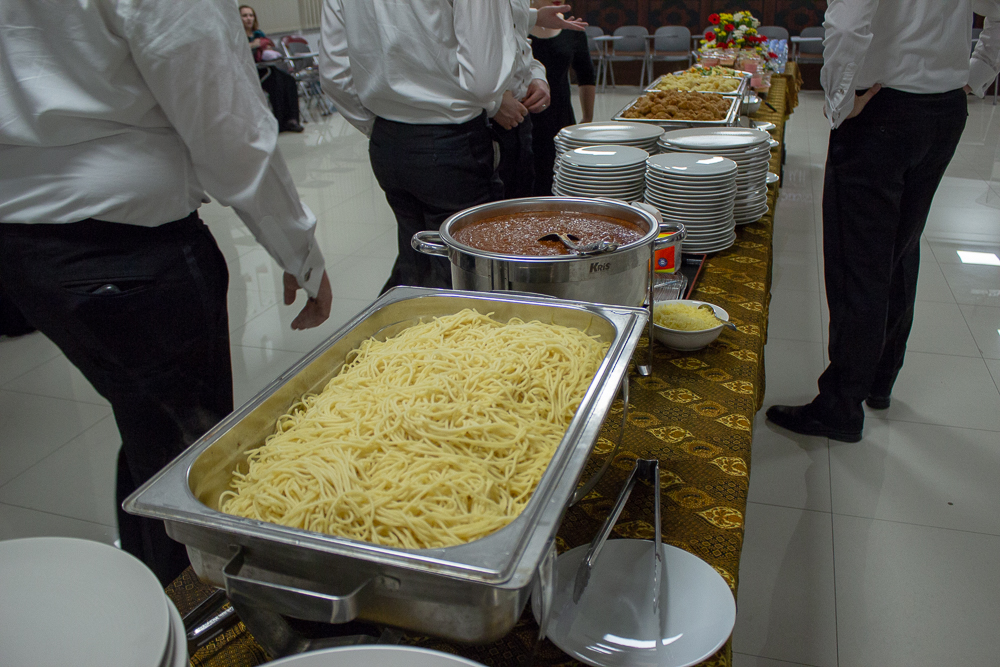 A delicious and familiar dinner for the choir

BYU Singers then took the stage to perform for yet another enthusiastic audience. The choir was flawless in the execution of each song, and moved the hearts of those present for that performance. The audience ended the night with a roaring standing ovation. 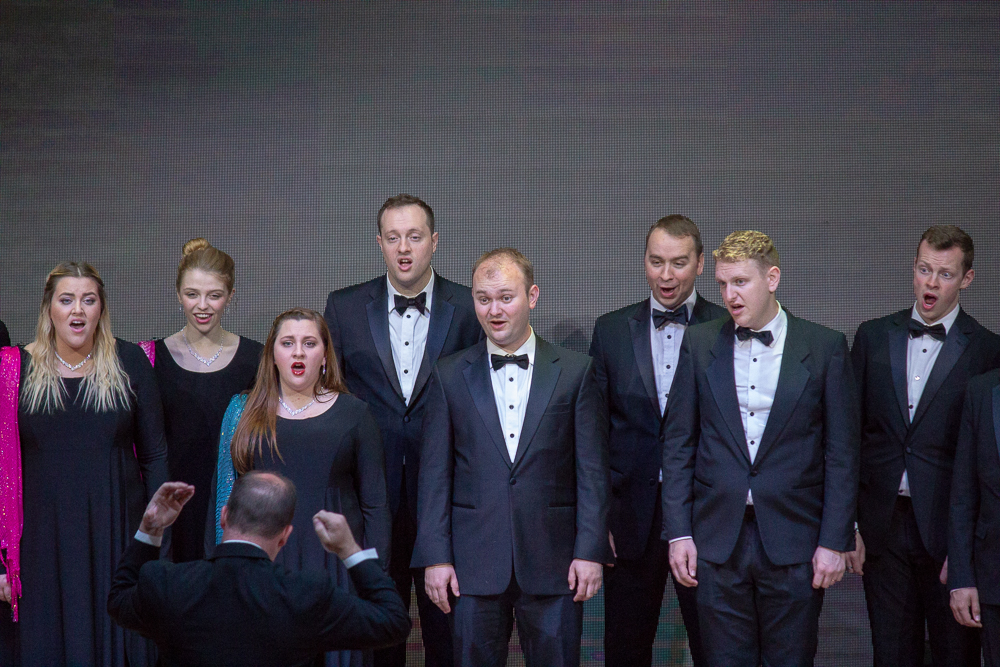 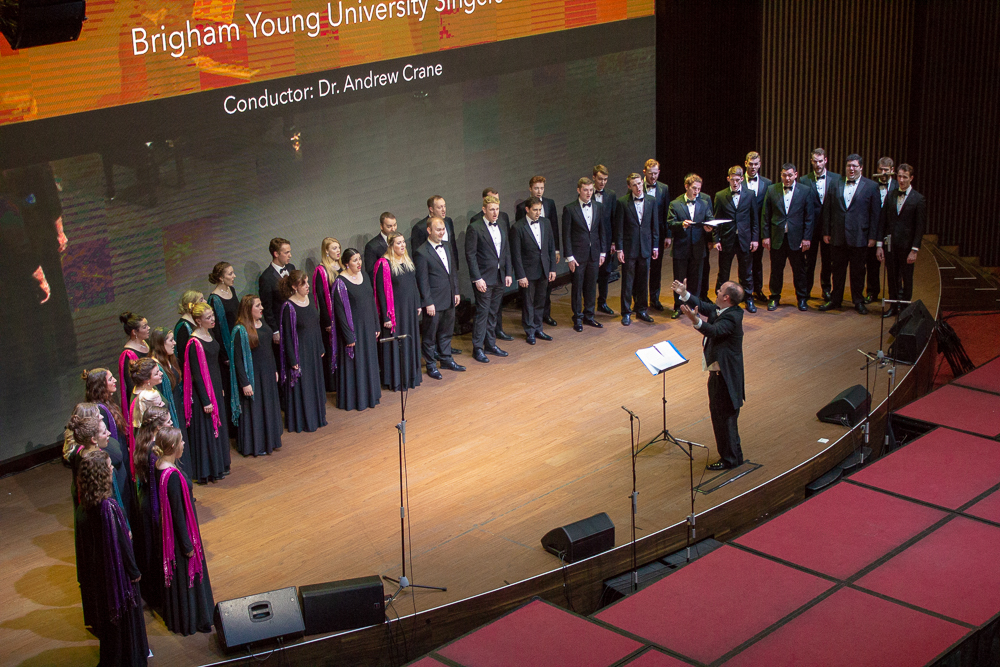 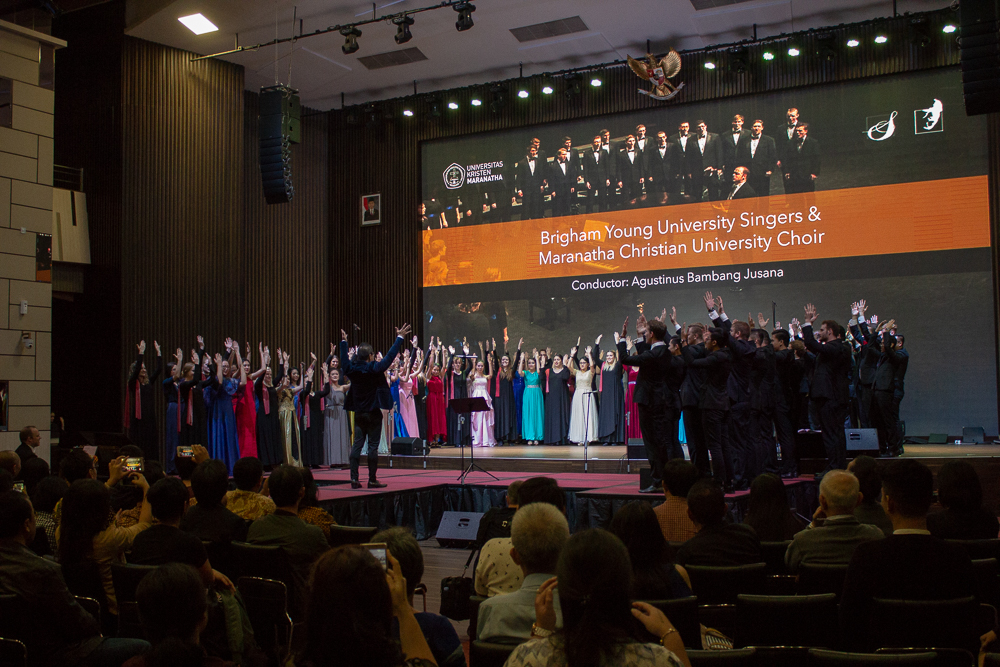 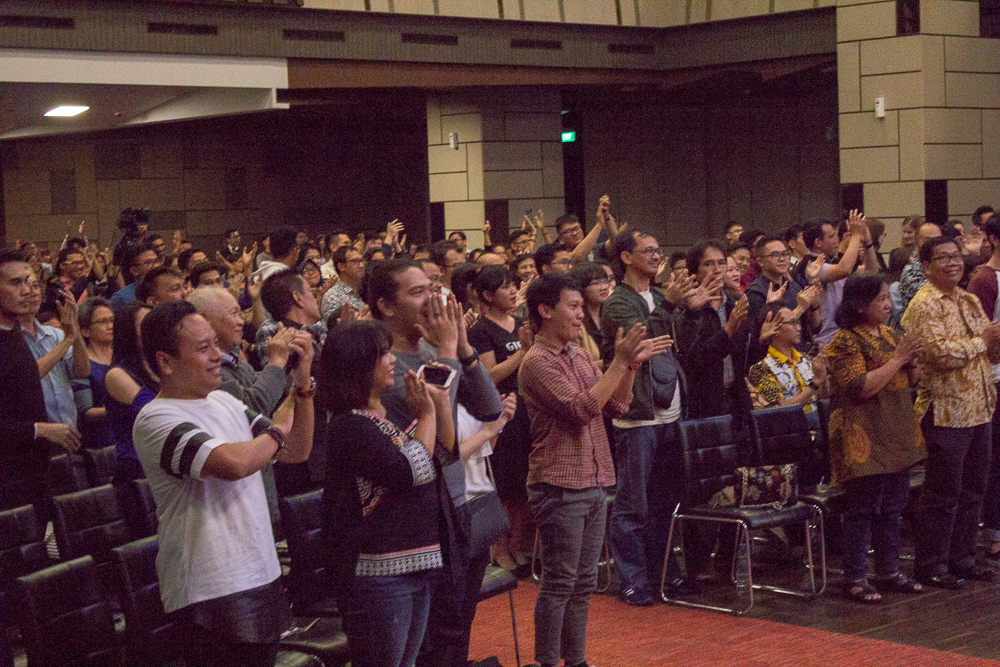 The audiences BYU Singers have faced at each performance in Indonesia have been incredible. They adore when the Singers perform in their native tongue, and even mouth the words along with these familiar melodies. It hasn’t been uncommon for them to begin cheering in the middle of a piece, just as they did tonight when the Singers performed Ibu Pertiwi. We anxiously await our next performance and the opportunity to create even more meaningful friendships.