We awoke today happy after last night’s concert, sad to leave such wonderful hosts, but with just a bit of anticipation at the idea of possibly warmer weather. We drove through quite a bit of snow on the ground and bare trees as we traveled a mountain pass on our way to Pueblo. And what beautiful and craggy mountain peaks, covered in deep snow! It was a very pretty drive, and fun to see the little towns and interesting abandoned homesteads along the way.

We could sense it warming up, and all coats were left behind on the bus when we reached our first rest stop. When we stopped half an hour later to eat the lunches provided by the Manassa stake, any remaining sweatshirts were jettisoned. 75 degrees is most welcome warmth after this long winter. We located the Pueblo Riverwalk, very reminiscent of the River Walk in San Antonio, and claimed sunny spots to sit and relax for an hour. 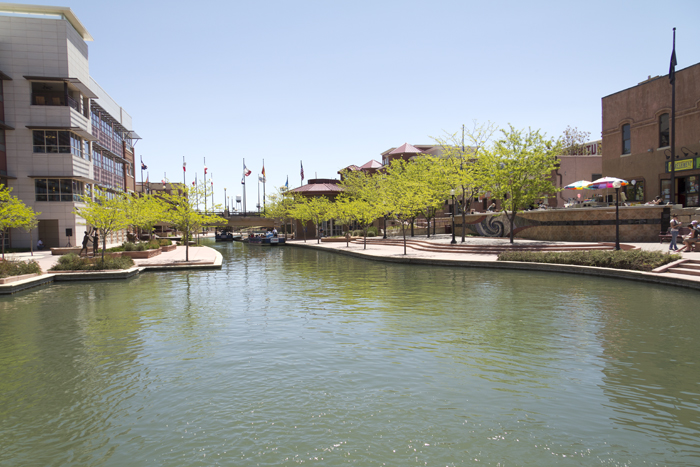 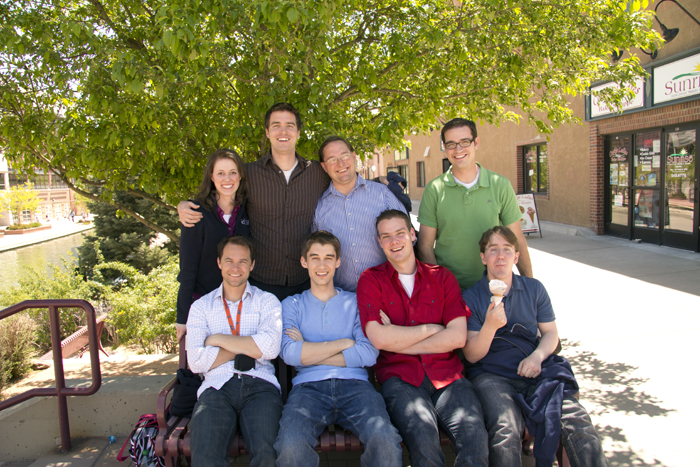 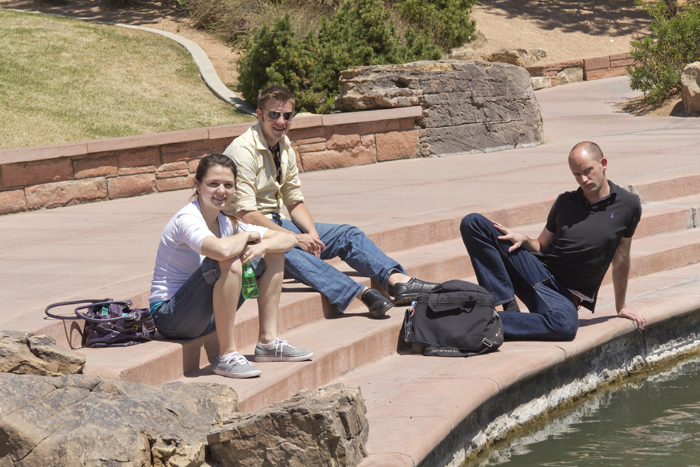 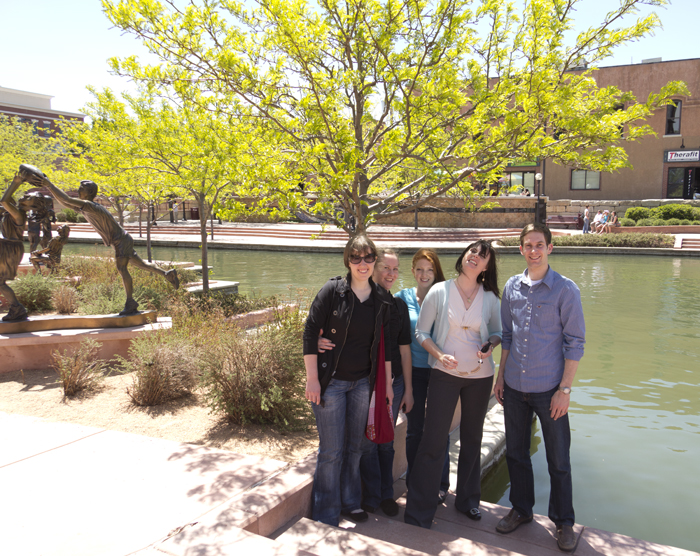 Next was unloading everything at the Pueblo East High School for the workshop this afternoon and concert there tonight. Choirs from East and Centennial HS joined us for a workshop, which took the now familiar format of them singing for us, and we for them. Singers offered compliments and helpful suggestions, and the HS school students had many questions for our choir about auditions, rehearsing, and vocal production. From what I have observed, these have been very valuable workshops for all of the students. Today the interactions continued for almost an hour after the formal session ended as students continued mingling with Singers. There were even some mini-vocal lessons. 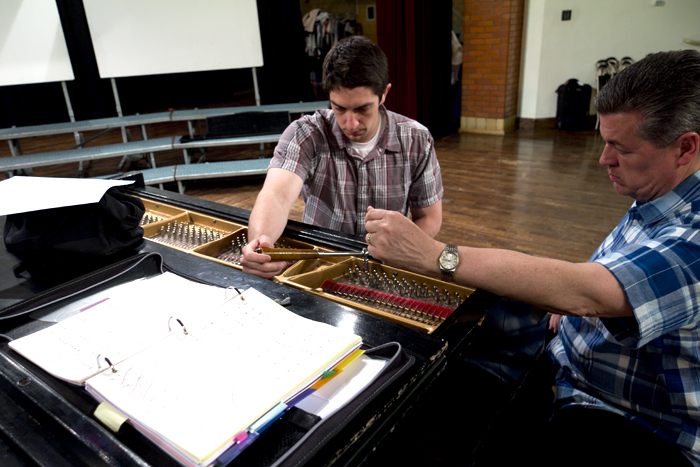 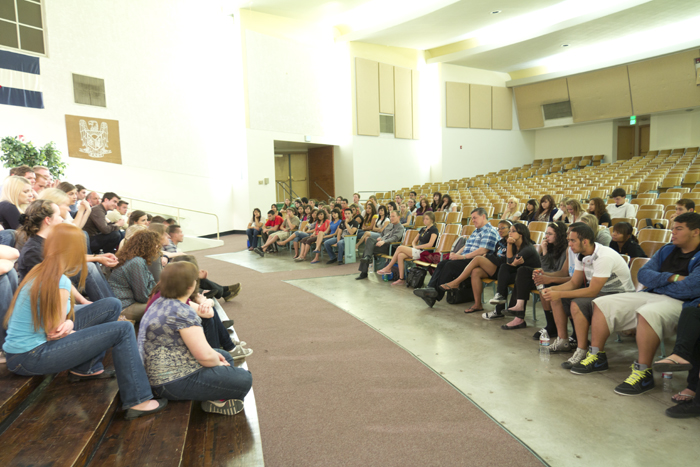 Q & A session at workshop 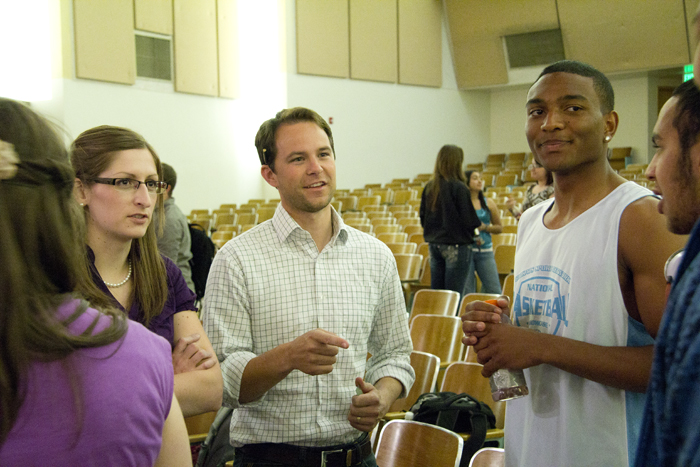 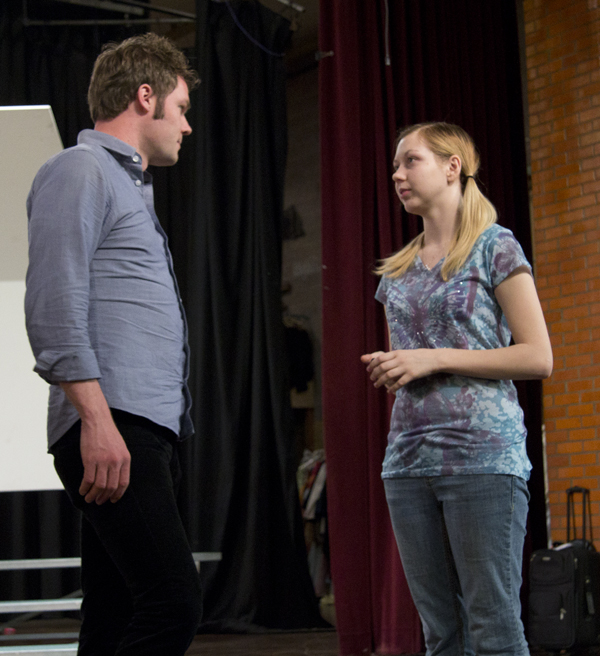 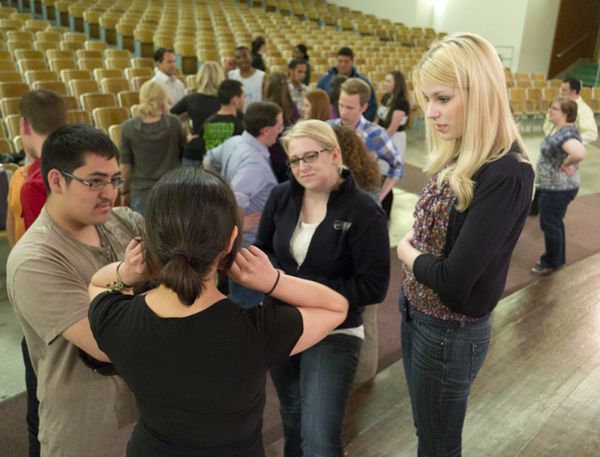 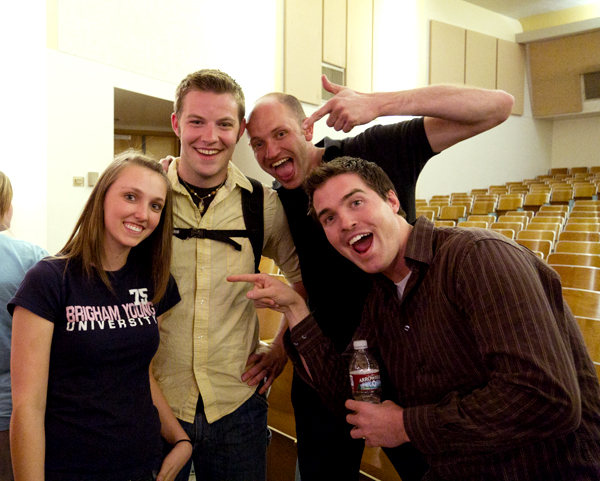 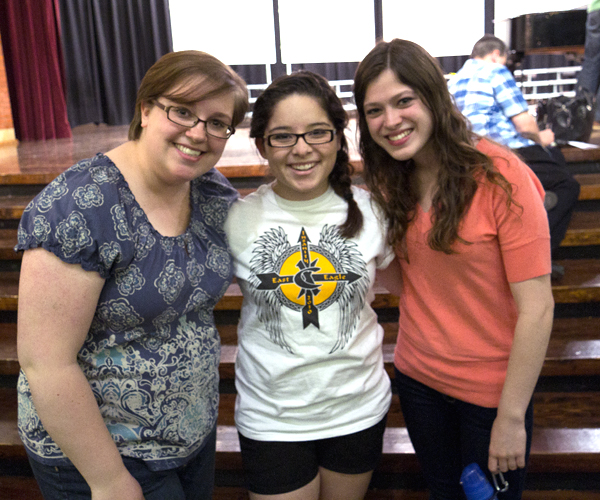 After a delicious dinner, the choir gathered for their pre-concert devotional, where there was a surprise announcement from Kevin Smith. He received his mission call today, and will serve in the Houston Spanish Mission. We are thrilled for him. And while we’re being personal, here is a shout-out to our two Singers who could not tour with us due to babies – either arrived, or soon to arrive. We miss you both!

Tonight’s concert was received with great enthusiasm by the audience; probably the loudest applause and cheers came from the two choirs with whom we workshopped earlier in the afternoon. Both sang a couple of numbers (great!) to start the evening, then joined the audience. I am told that at least several of the audience traveled 90 minutes to attend this concert – we are honored by the incredible sacrifice they and others have made to hear the concerts as well as to host and sponsor and feed us. Thank you so very much. 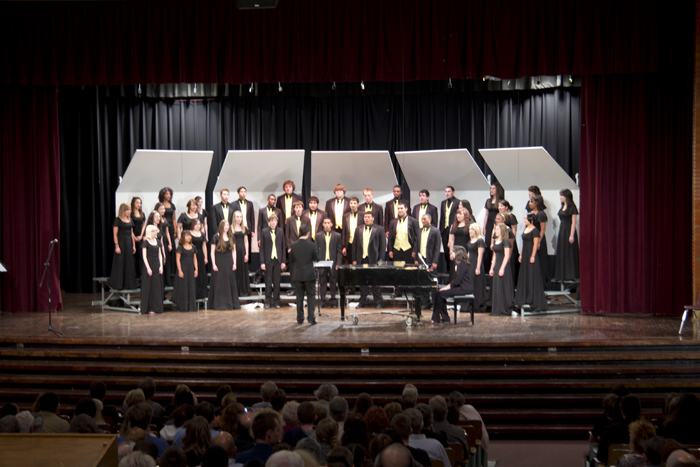 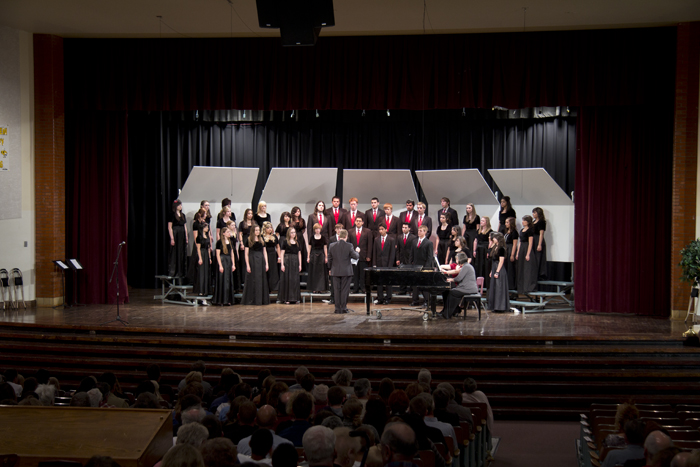 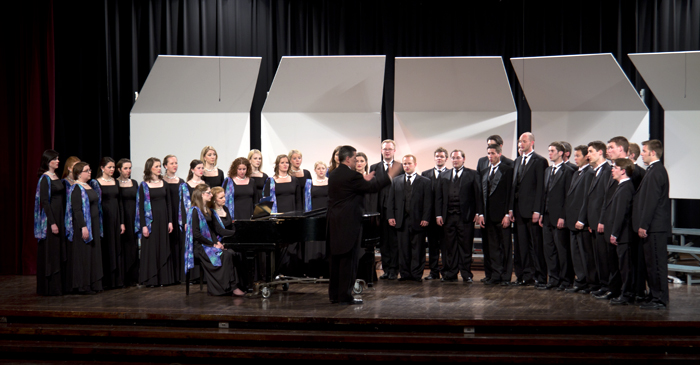 "There are moments you remember all your life..." 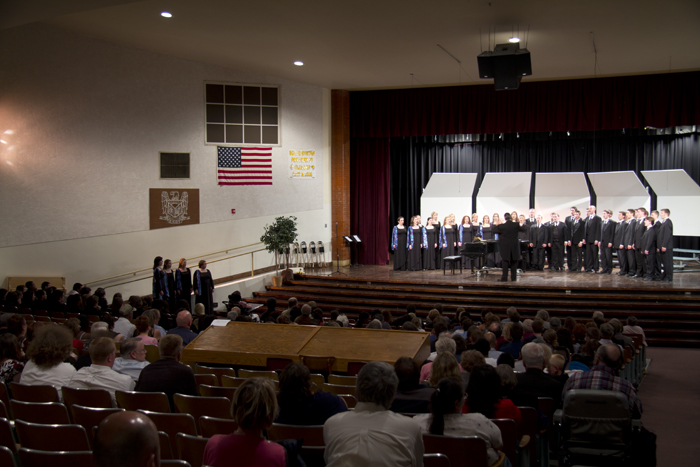 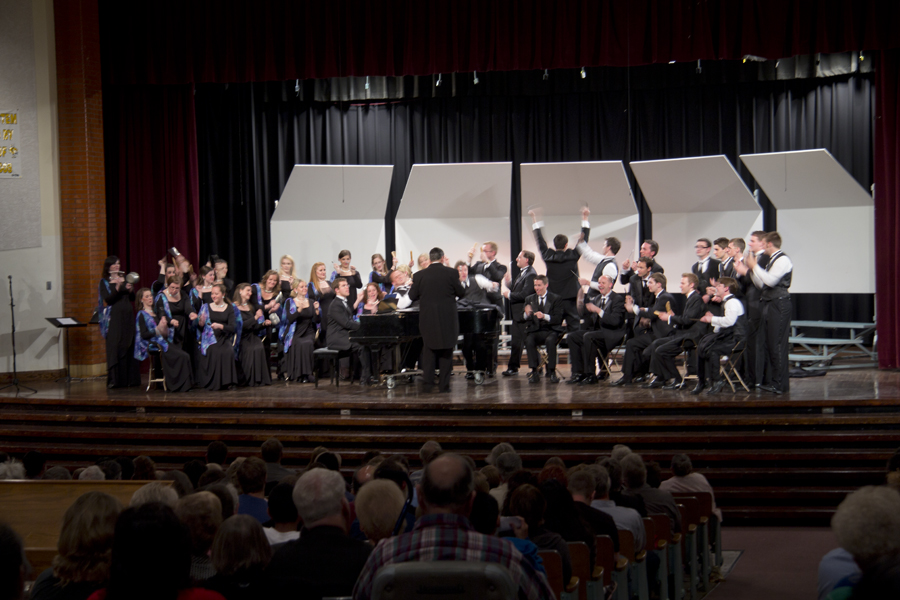 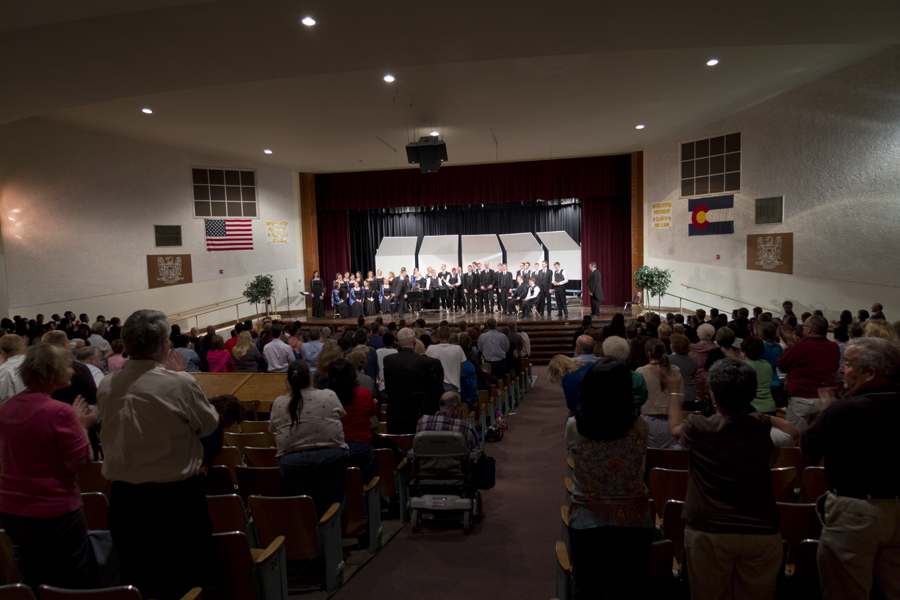 We have thoroughly enjoyed our time in Pueblo, and cannot quite believe it is done so soon. Time is moving much more quickly now as the end of tour approaches.