We met the bus at 8 AM and had devotional and took care of some other business while en route to Littleton. We had time to spare, so we stopped at an outlet mall in New Castle to enrich their coffers. I think they were just waiting for us, as we were immediately greeted by three mall employees with questionnaires and inducements to shop. Those must have been successful; I saw lots of sacks when the choir returned to the bus. Books, clothes, purses – if the mall sold it, the choir found it.

Then it was on to Littleton HS, where we began an afternoon of workshops. We continue to be so very pleased and impressed with the caliber of students with whom we have been working this tour. They ask very intelligent questions, and soak in all the information possible. You can tell by the light in their eyes that they are appreciating and learning from what they hear, and they love singing with BYU Singers. In the afternoon rehearsal of the joint number that will close the concert, they immediately responded to the modeling of phrases that Mr. Farrell asked our choir to sing for his students. Within just a few minutes, it was truly changing how they were singing the piece. He also picked up on the raised hand acknowledgement of mistakes that has been a part of Singers rehearsal for some time now – we will be leaving a trail of raised hands throughout Colorado after this tour. 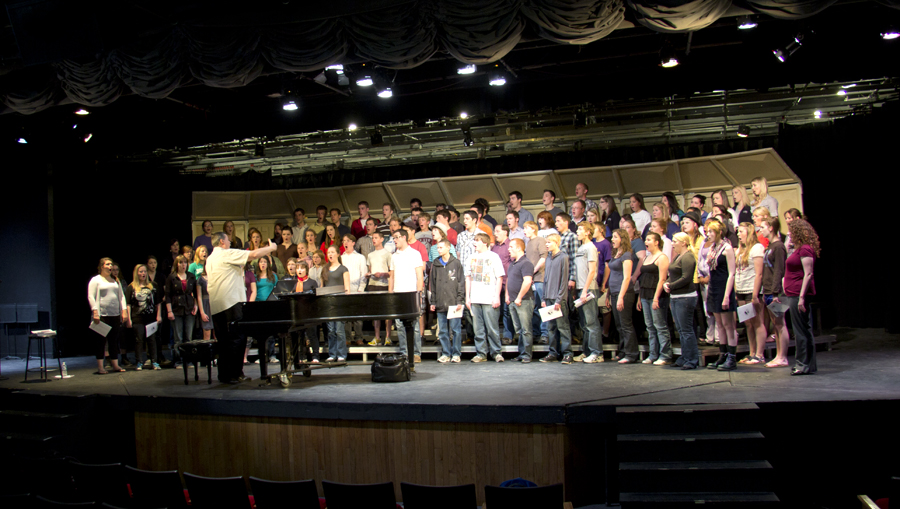 Warming up with Littleton HS choir 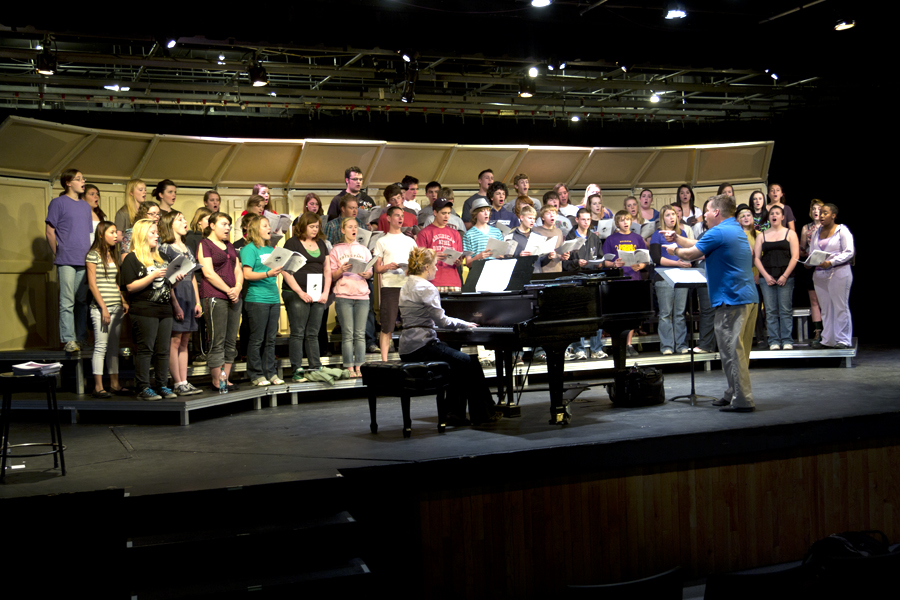 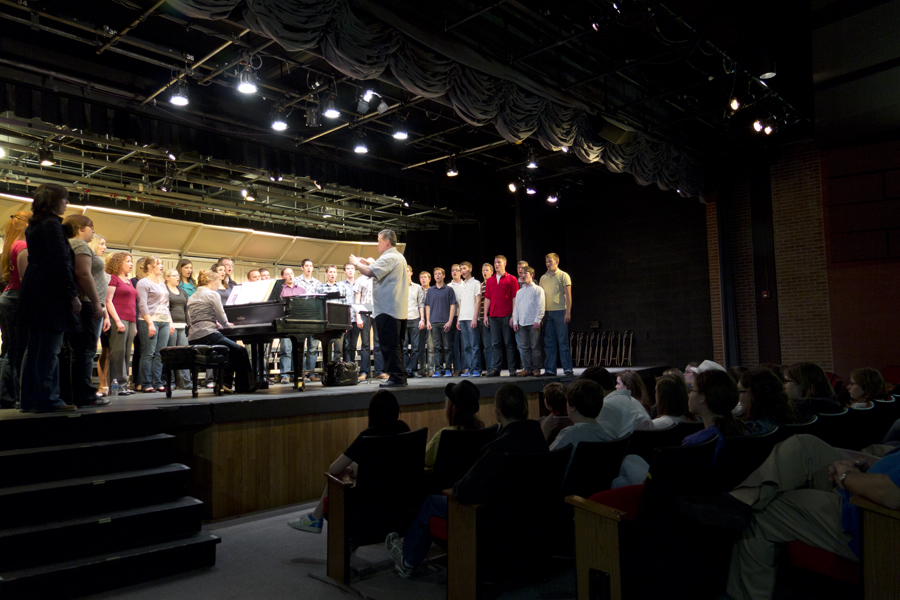 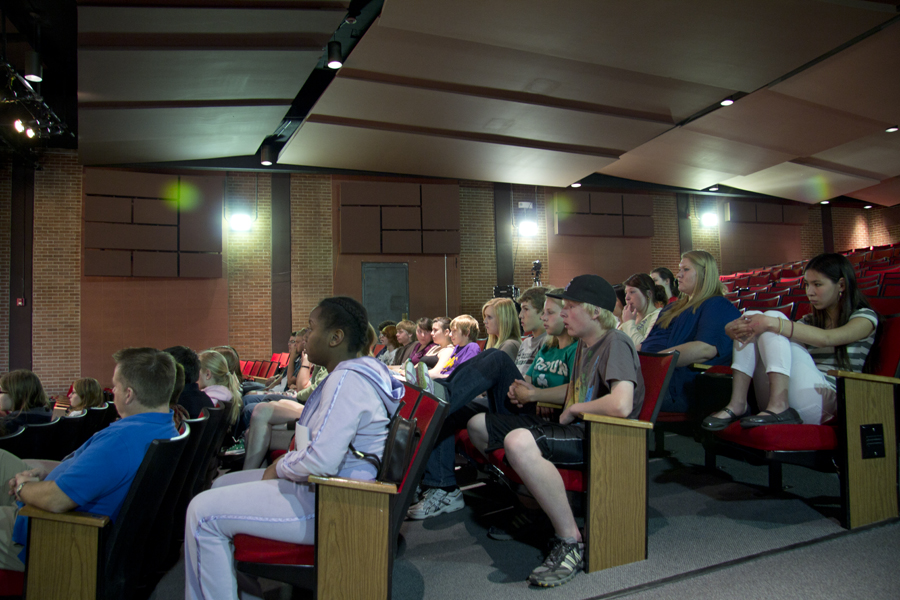 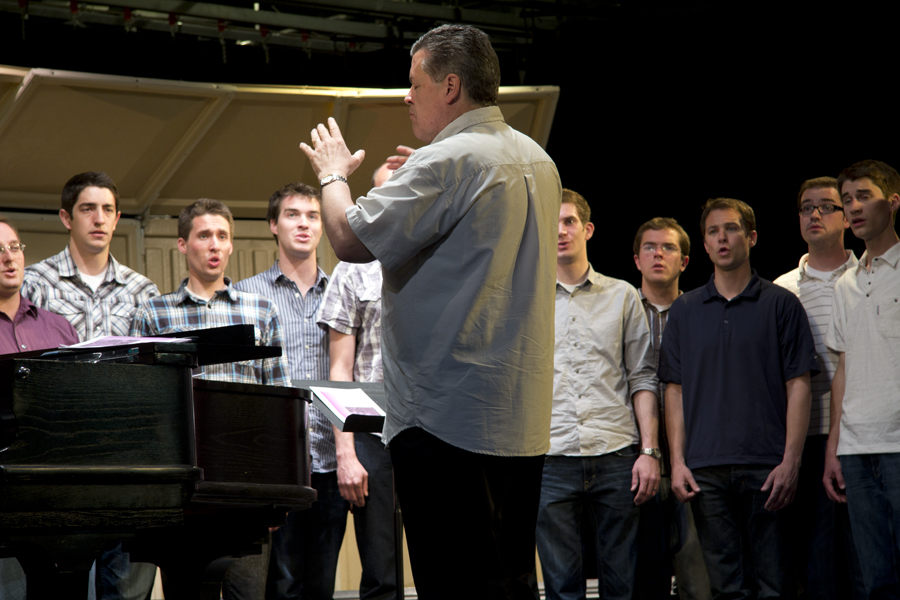 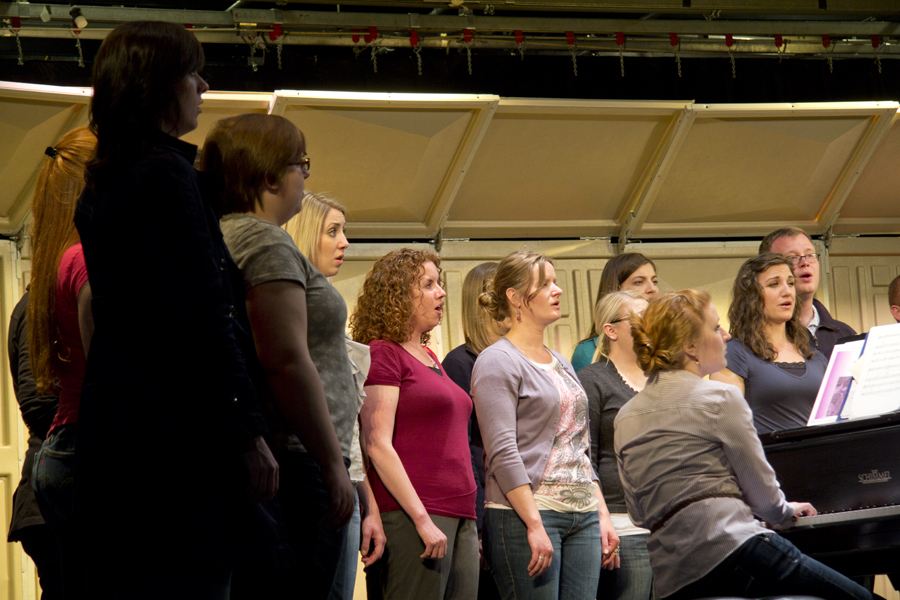 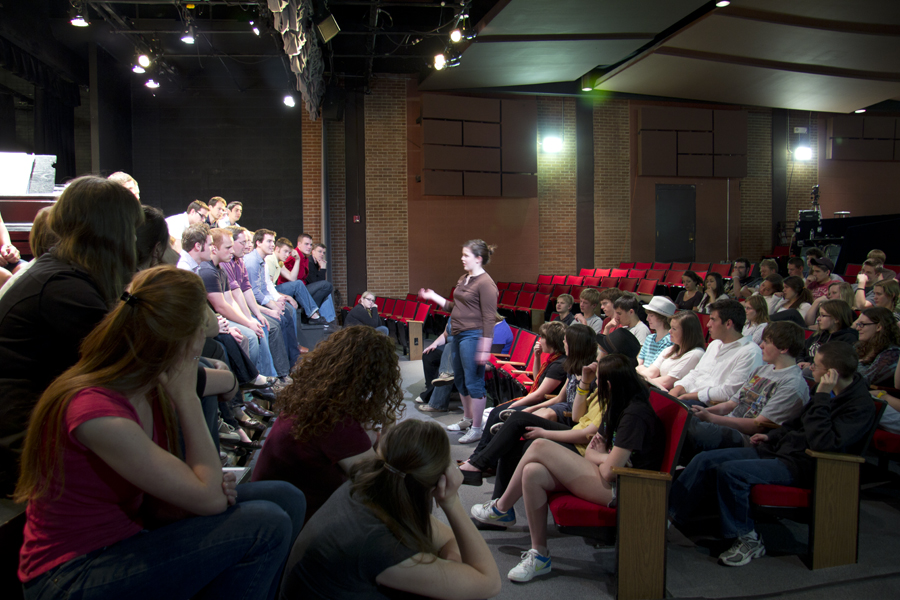 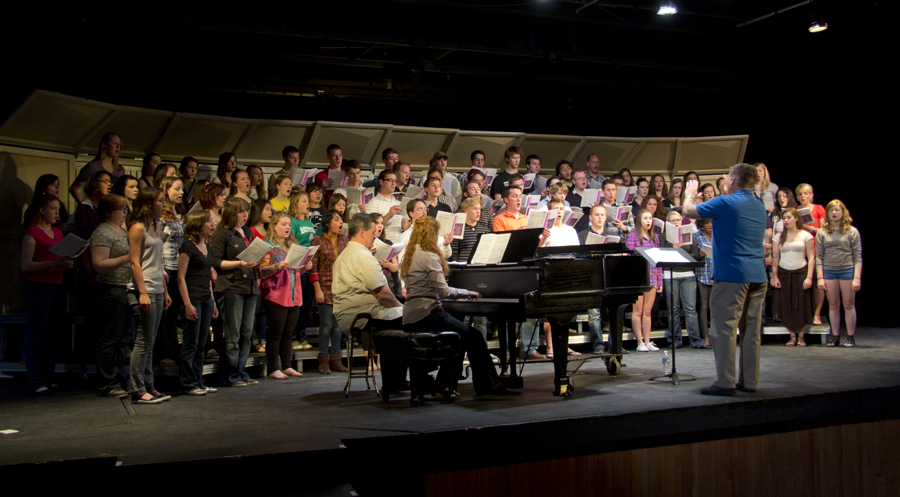 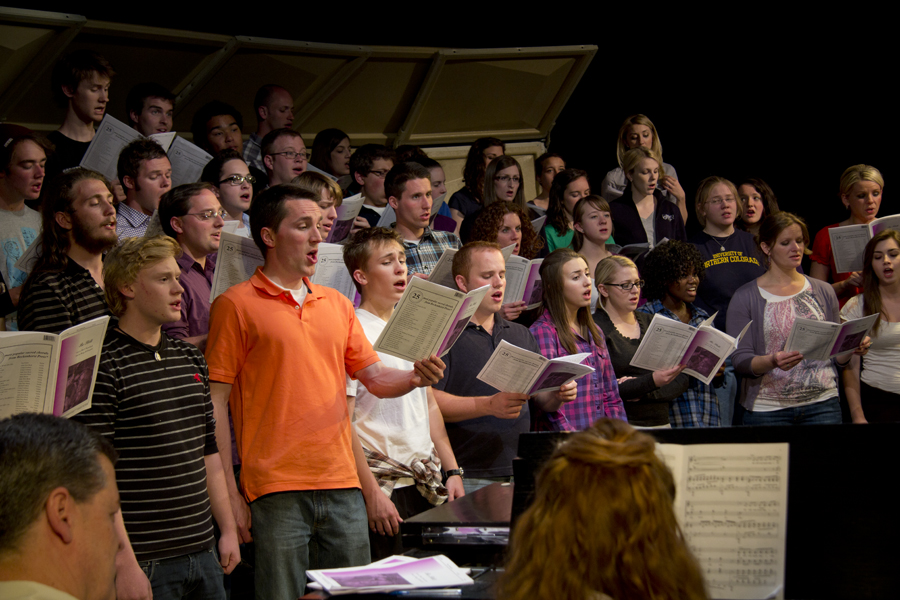 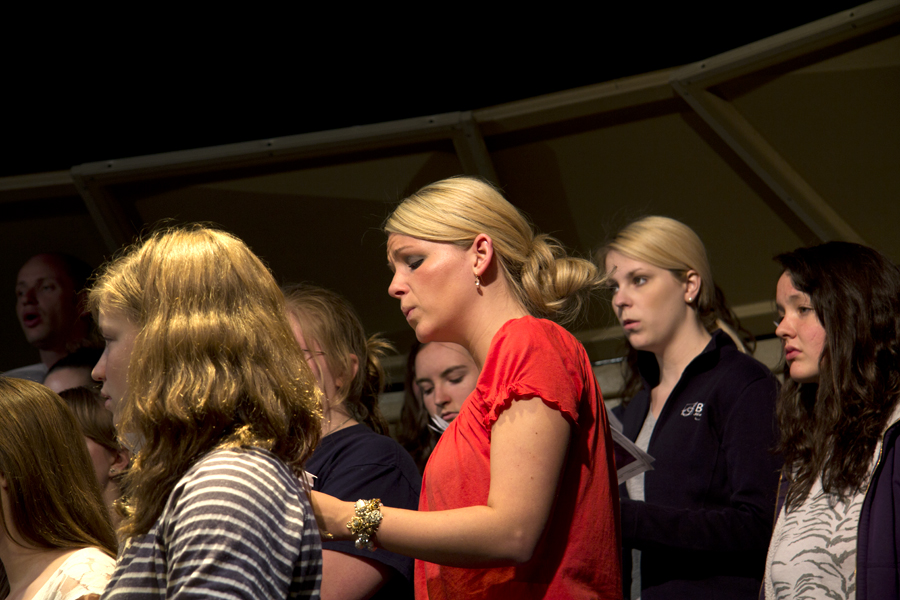 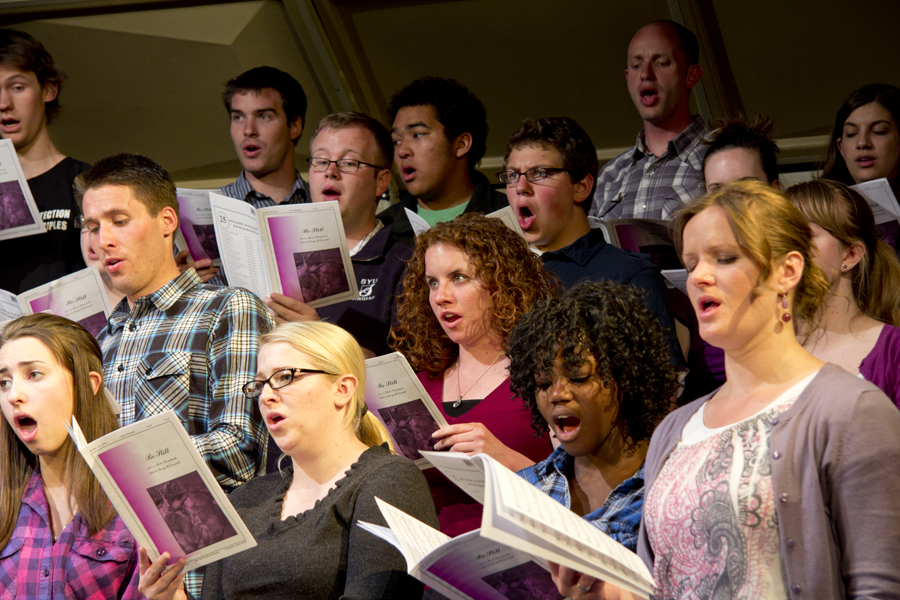 We feasted on a Mexican dinner provided by the school’s parent booster club – absolutely delicious and appropriate for Cinco de Mayo.

The concert was opened by three numbers by the Littleton Troubadors, including a fun choral arrangement of a piece from “Slumdog Millionaire.”

BYU Singers took the stage next, and sang a very good concert to an almost sold-out, wildly enthusiastic audience. It is always a bonus to have Singers alumni and other BYU choral alumni in the audience. We have had such an enjoyable afternoon and evening here in Littleton with Mr. Farrell and his choirs. He conducted the final number with Singers and Troubadors and a select women’s choir, Sirens. It was a great ending to a great day. Our only regret is meeting the host families at 10 pm and leaving them at 8 am – not much time to get to know one another! 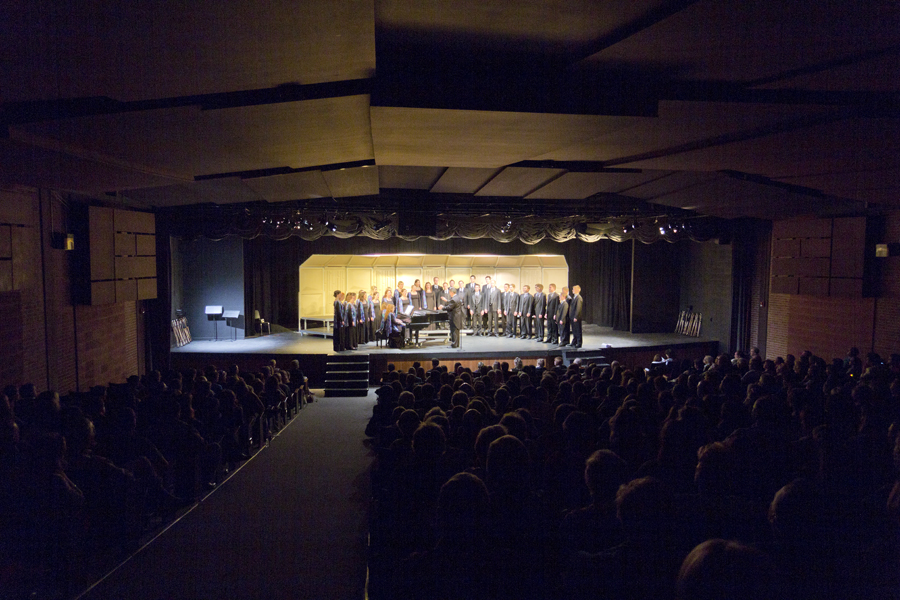 Overexposed stage to show the audience and theater

"This Is One of Those Moments" 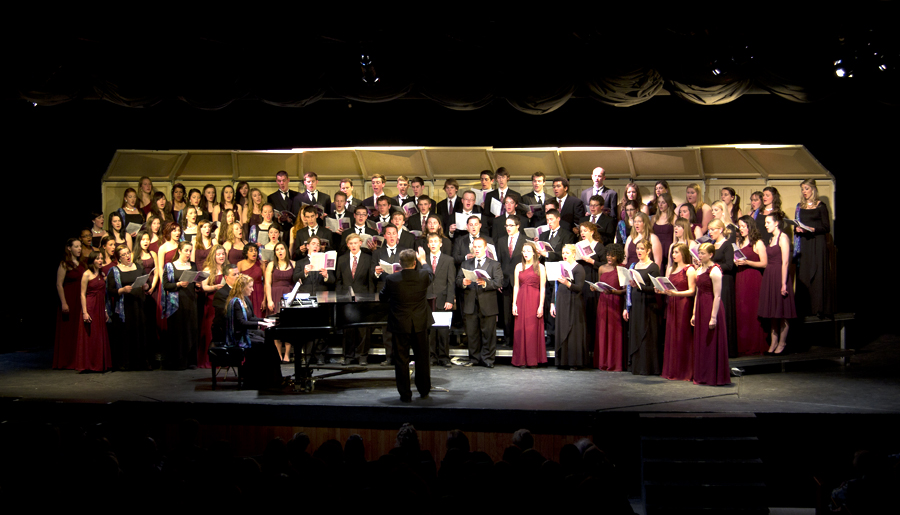