We began this lovely Sunday with a big breakfast at our hotel in Surakarta. Right after breakfast, the choir met together for a warm-up in a conference room within the hotel. There, they rehearsed a few of the pieces they would be performing a few hours later for the Surakarta stake. After their rehearsal, we all gathered on the bus to go to the Novotel Hotel where the stake conference was being held in a large conference room. There currently is no stake center for the Surakarta stake, so they reserved this large space for the members to enjoy the large meeting together. 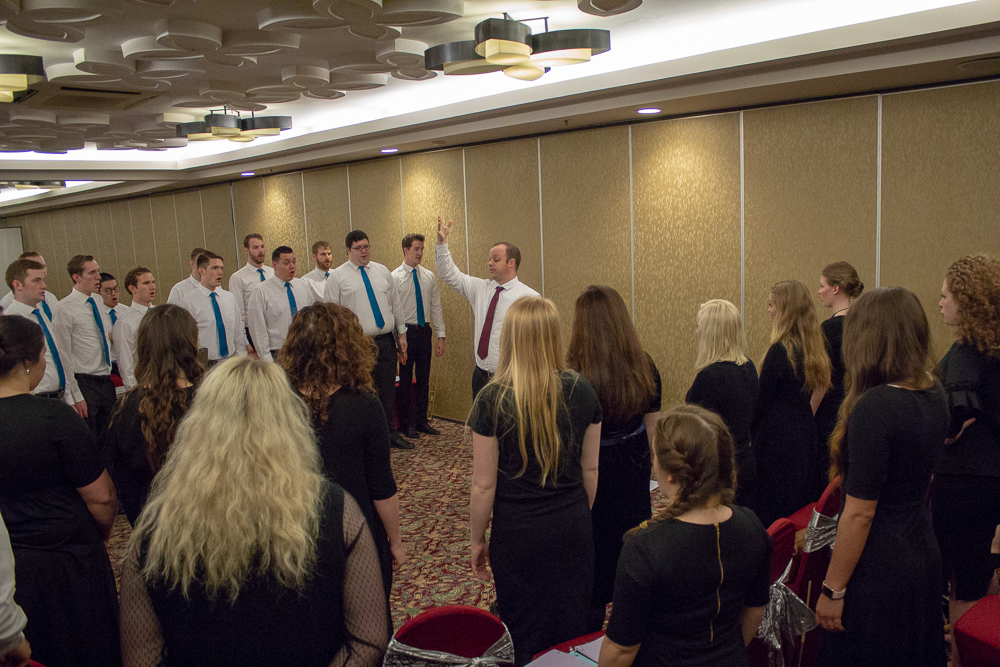 A rehearsal at the hotel before heading to stake conference

BYU Singers were the first voices heard for the conference this morning, as they had their devotional beginning at 9:20AM before the stake conference began at 10:00AM. We almost expected the room to be empty with members filing in as the clock approached 10:00AM, but we entered the space to a large congregation eager to hear the choir perform. It was an amazing sight to see so many faithful members gathered together to feel the power of music and testimony. 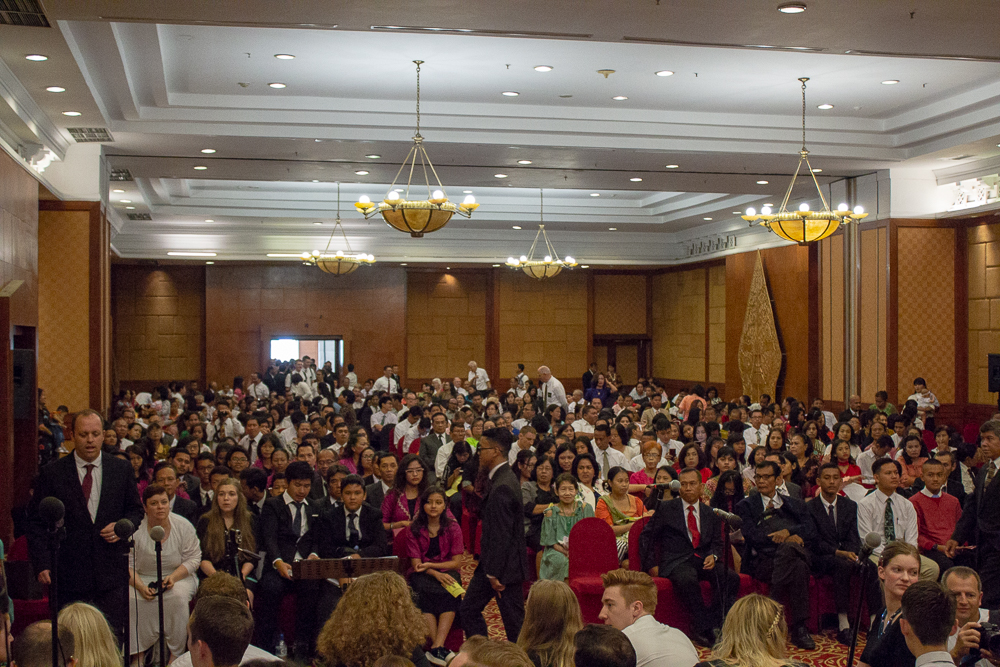 The congregation upon arrival for the devotional

During the performance, the members were completely immersed in the choral experience. Many members were sitting high in their seats to see if these fair-skinned, light-eyed men and women were truly singing in their native tongue. During I Am a Child of God, the choir collectively played the first verse with just their angklungs and no voice. The voices of many members of the congregation could be heard, however, singing along to this familiar melody. Near the end of Mari, Mari Orang-orang Suci (the Indonesian translation of Come, Come Ye Saints), Dr. Crane sang the second verse to the congregation with the choir humming in the background. He then joined the choir, and facing the audience they collectively sang, “S’lamatlah, s’lamatlah!” Or as is more familiar to our ears, “All is well, all is well!” It was a touching experience to be strengthened and edified together with these very special saints in Indonesia. 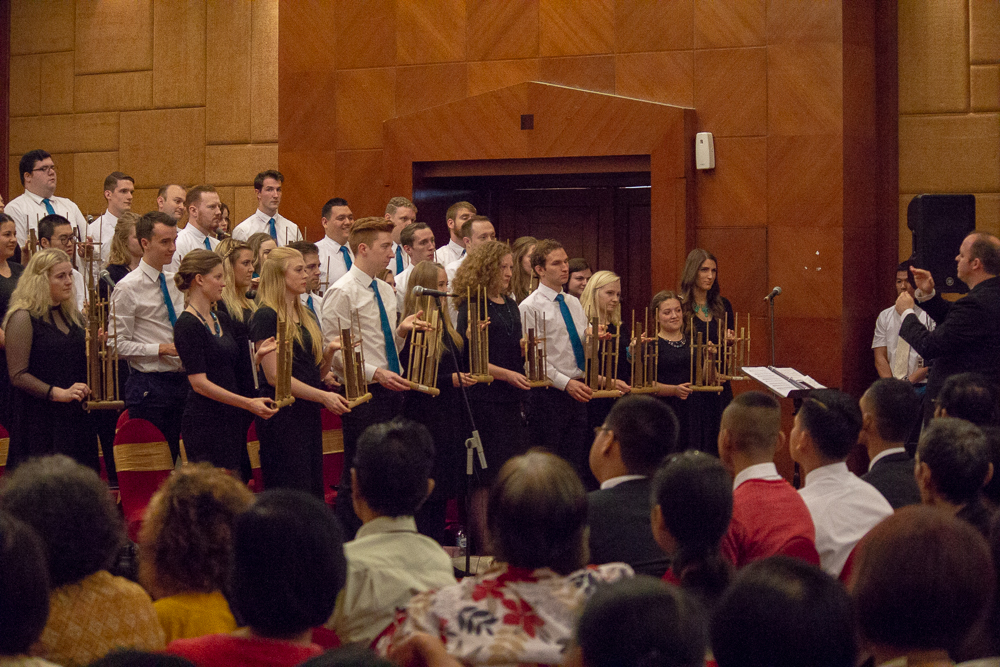 Playing I Am a Child of God on with their angklungs 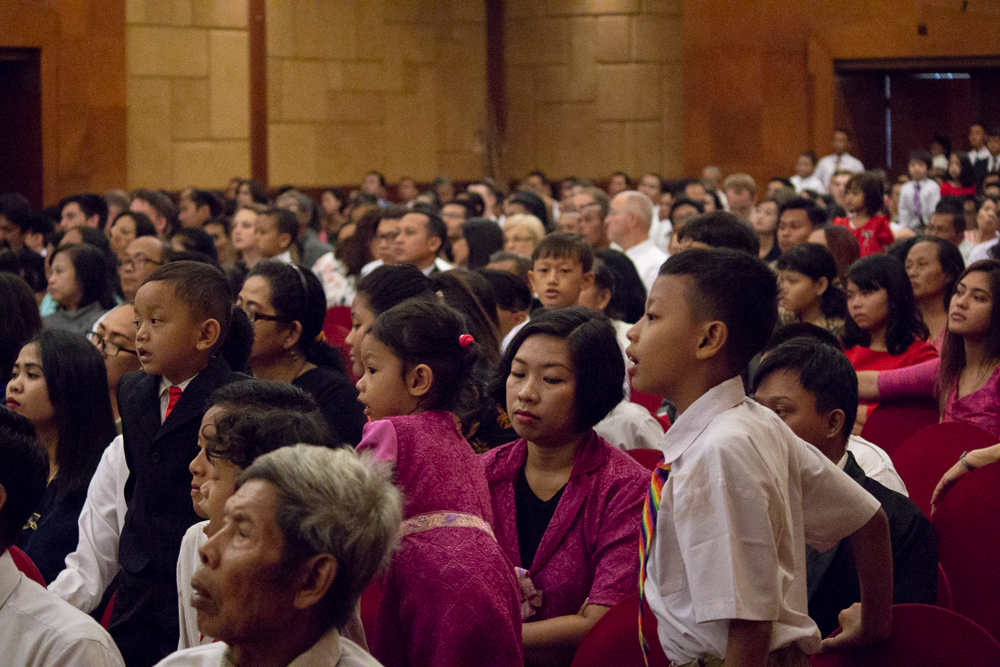 The audience sits tall to listen to BYU Singers

An English translation was being transmitted to headsets available to the choir so they were also able to enjoy the messages prepared by the stake presidency, President Subandriyo (the mission president we met a few days ago) and his wife, as well as other members of the stake. Elder Robert William, an Area Seventy, was presiding at the meeting and gave a touching message of hope for the saints in the Surakarta stake. Some members of the choir were able to meet Elder William after the closing of the conference. It seems that everywhere we go we continually have the opportunity to meet new friends and connect with people we are seemingly so different from. Music truly is a universal language. 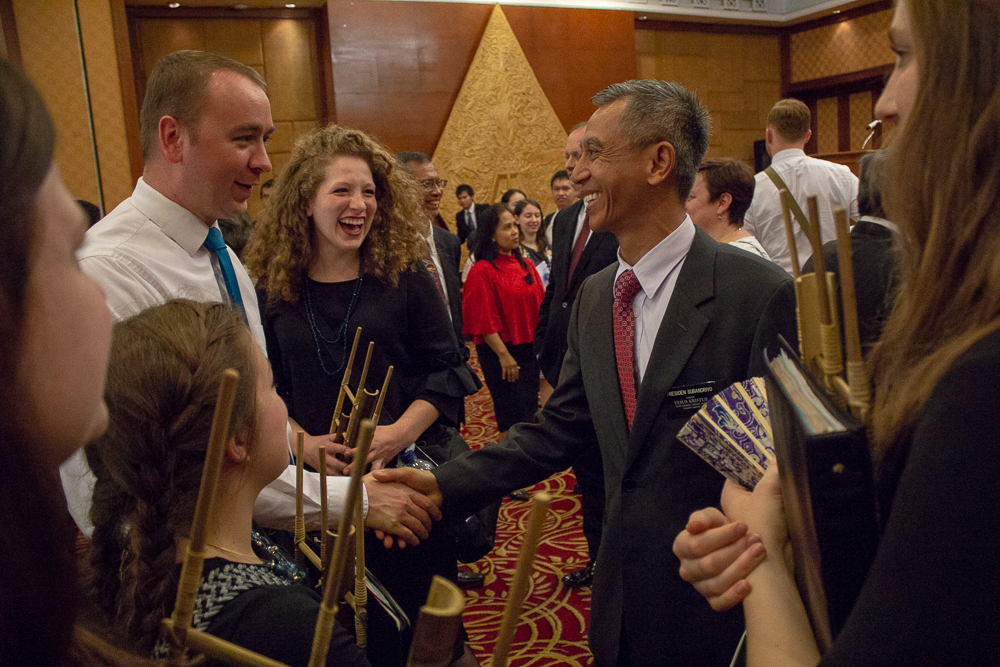 Meeting with President Subandriyo once again 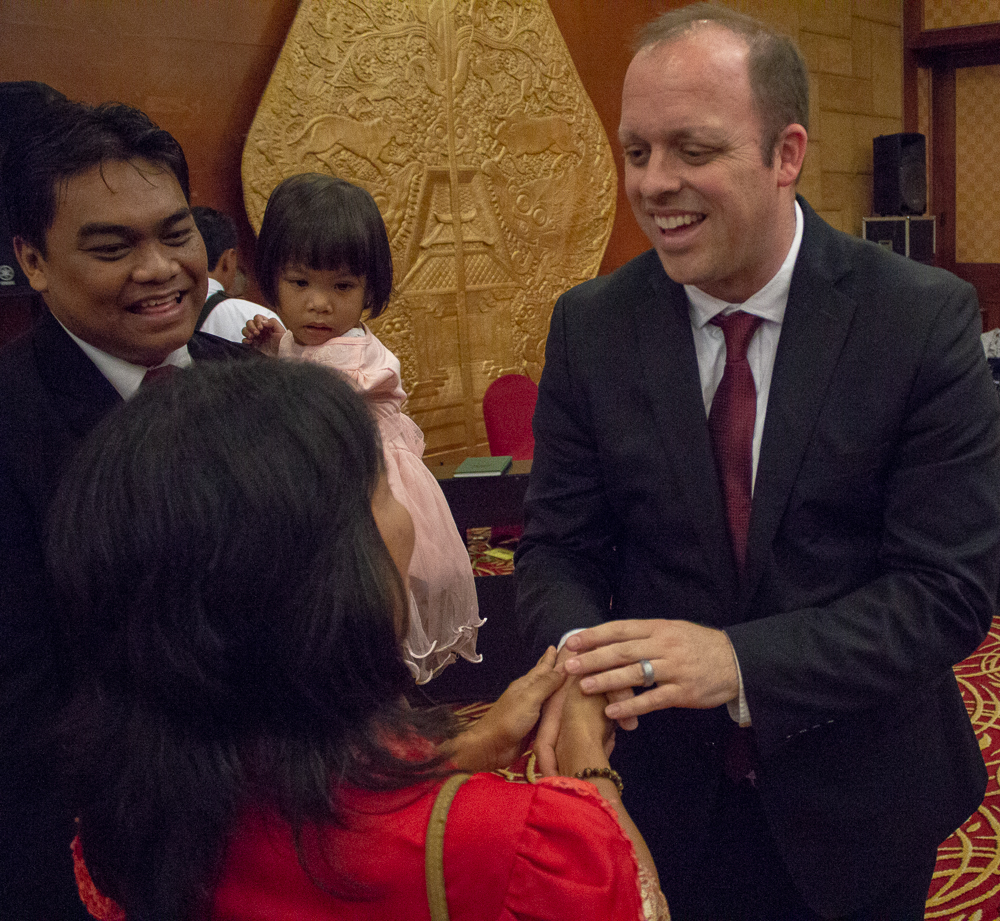 Meeting the local members of the Surakarta stake 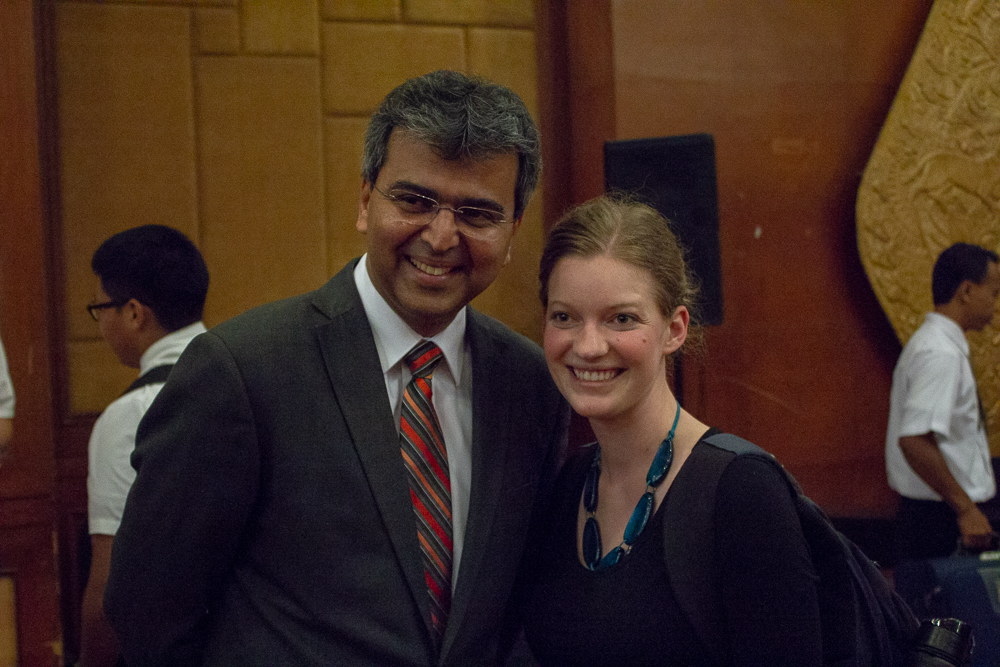 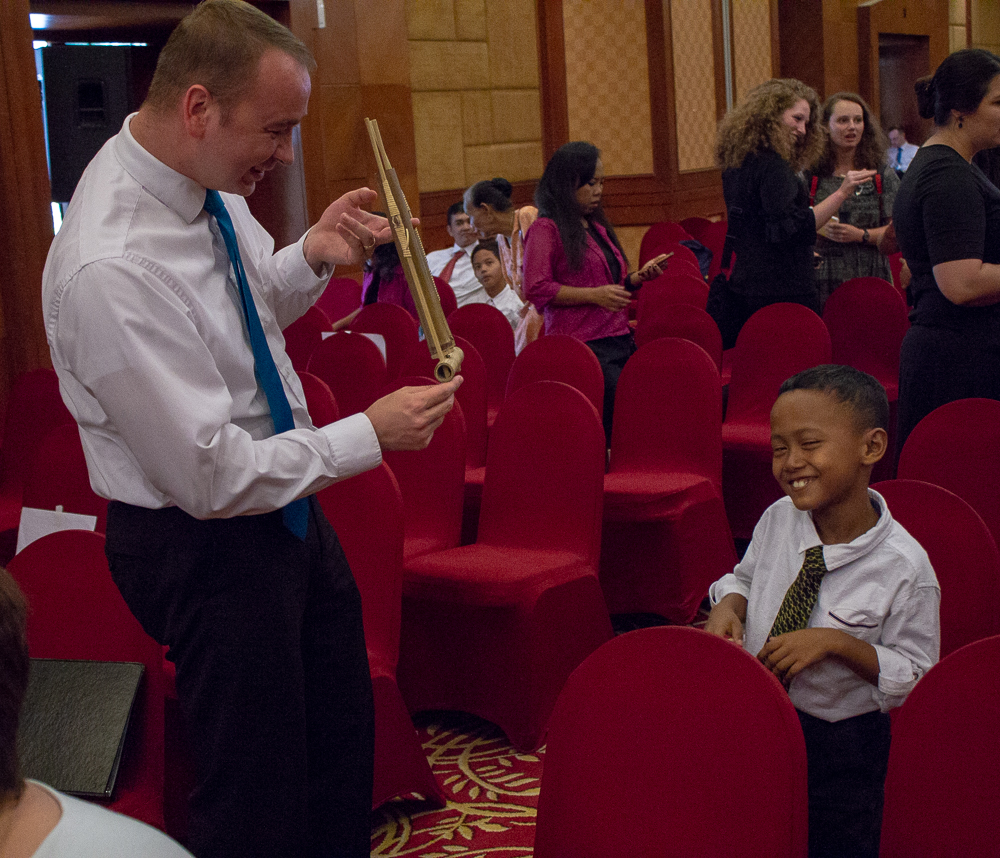 After the closing of the stake conference, we returned to our hotel to pack up our belongings before heading off to Yogyakarta, also referred to as Jogja. This city is what the locals refer to as the “sister city” of Surakarta. They sit 66km (about 41 miles) from each other and at a glance they appear to be very similar—both enjoy many rice fields and a lack of an overwhelming number of large buildings. We’re excited for tomorrow when we get to sightsee in this new city and learn a little bit more about its history! 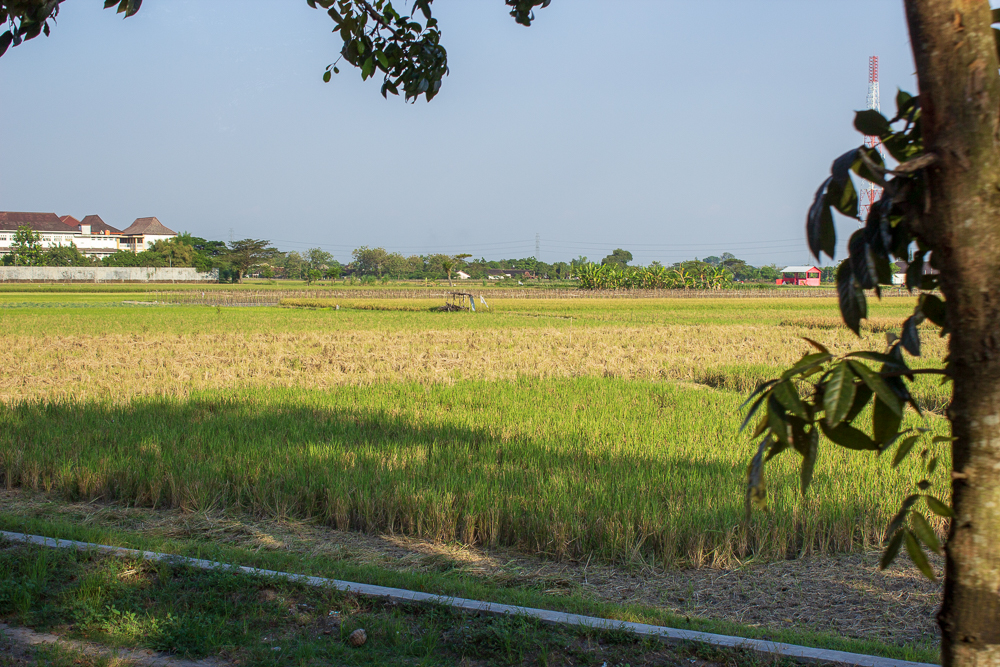 Rice fields by the road on our way to Yogyakarta 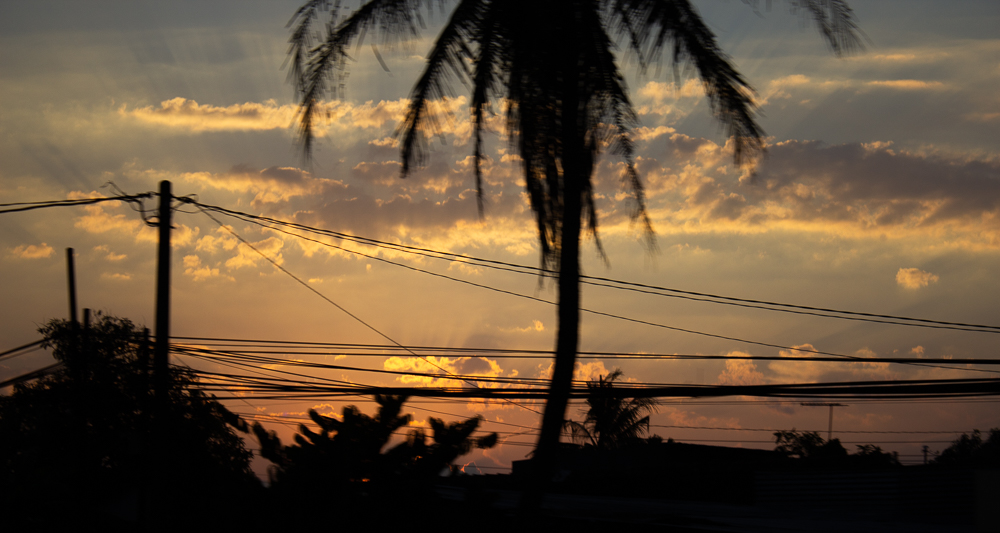 A beautiful sunset just before arriving in Yogyakarta