We began our frequent goodbyes today – we will have new host families every day for the rest of tour. We all almost felt like part of the family after three nights in the same homes! It was a lovely weekend, and we are very grateful to Lee Hilton of the Seattle BYU Alumni, and all who helped him make our time there so very successful. We leaders heard today that last night’s Family Home Evening turned into another devotional with talks and music, much like Sunday night’s. From what I hear, it went very well.

We drove straight to the same area of Seattle that we’ve been frequenting, and promptly went our separate ways. Shopping, eating, ferrying, and other tourist activities ruled the next four hours. Here is proof that the Stahelis survived this particular squid (or whatever it is!) 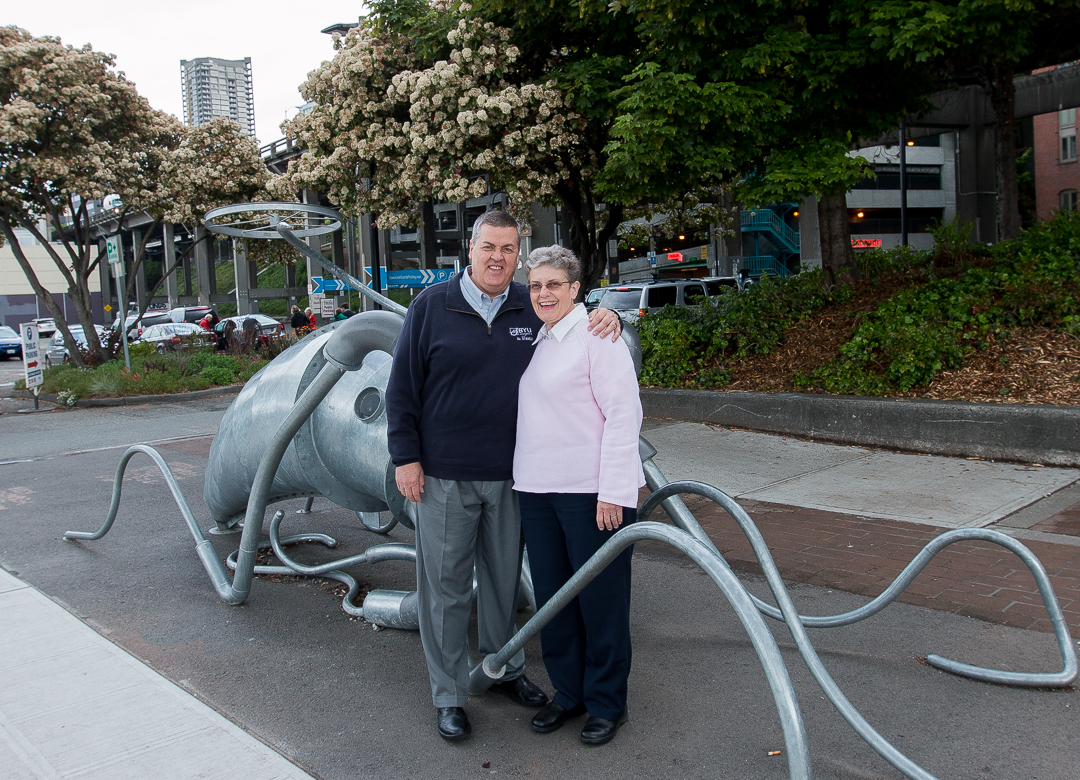 Once we embarked on our bus again, we headed for the Tacoma campus of the Pacific Lutheran University. This small liberal arts university has a fine Department of Music, and a well-known choral program. We met with The Choir of the West around 4 pm, and had an exchange much like yesterday’s, where each choir sang a few pieces for the other. We were stunned at the beauty of their concert hall; the organ alone was worth the visit. The choir was thrilled to find all the wood and concrete walls made for a very live hall that was gratifying in which to sing. Dr. Galante took both choirs through warm-ups, then they had their exchange. I think each choir enjoyed hearing the other. 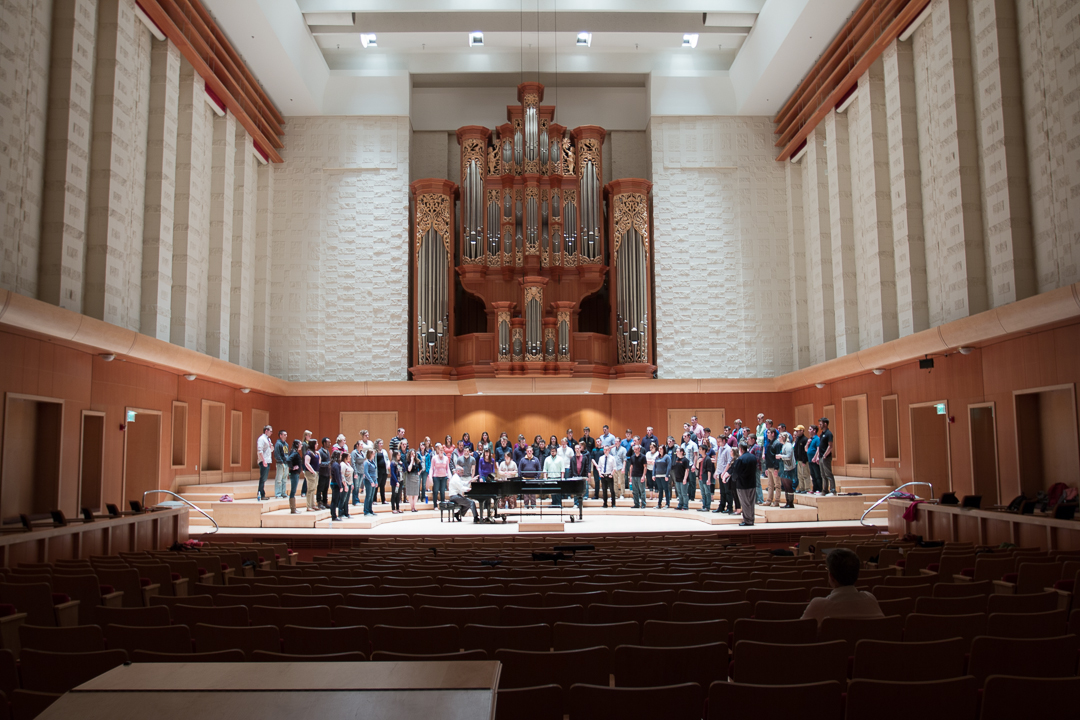 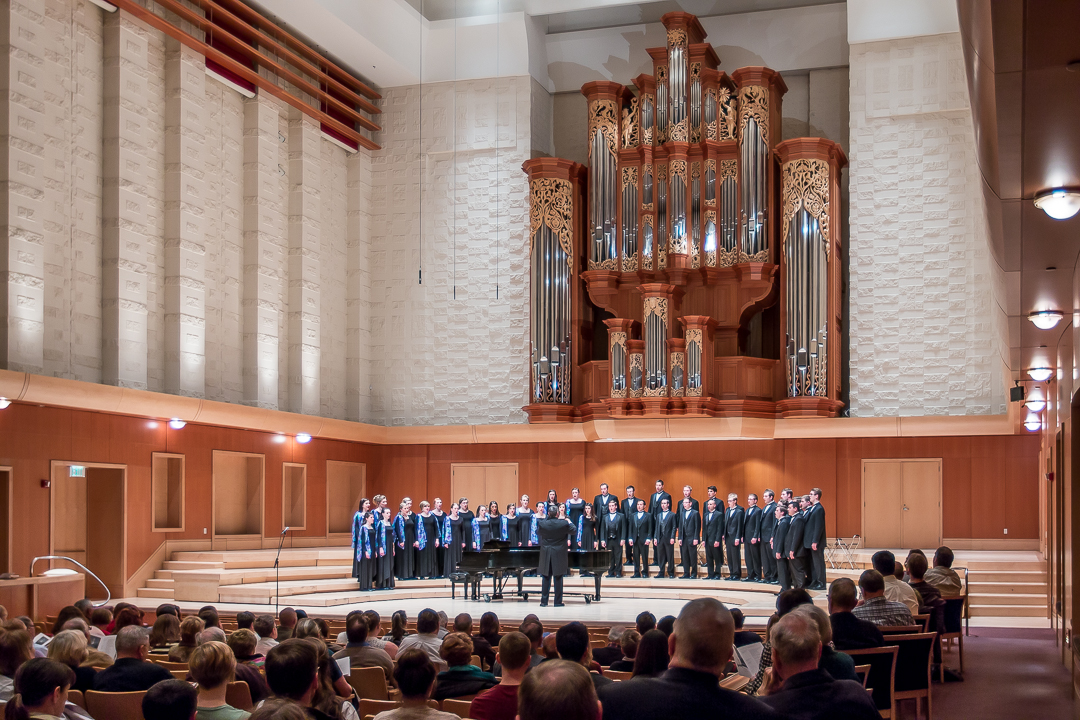 The organ sounded as good as it looked!

They treated us to a delicious pasta and chicken dinner on the college campus, and the walk to dinner gave us a chance to further appreciate the beauty of the campus. It’s hard to beat spring in the Northwest!

BYU Singers began the evening, singing about 50 minutes of their concert program. It was beautiful, if too short for those of us who love their repertoire. But we enjoyed hearing The Choir of the West with Dr. Galante conducting (Richard Nance is on sabbatical.) Their choir is about the same size as Singers, and it was interesting to hear them and their repertoire. There was a great audience who were very appreciative. They obviously know good choral music!

After the concert the choir left with their hosts, arranged by alumni Ken and Angie Owen. It was such a pleasure to sing in the spectacular Lagerquist Concert Hall. I’ll let the photos tell the story, as it’s late. (I couldn’t move around much, so that restricted photos a bit. But it was still beautiful!) 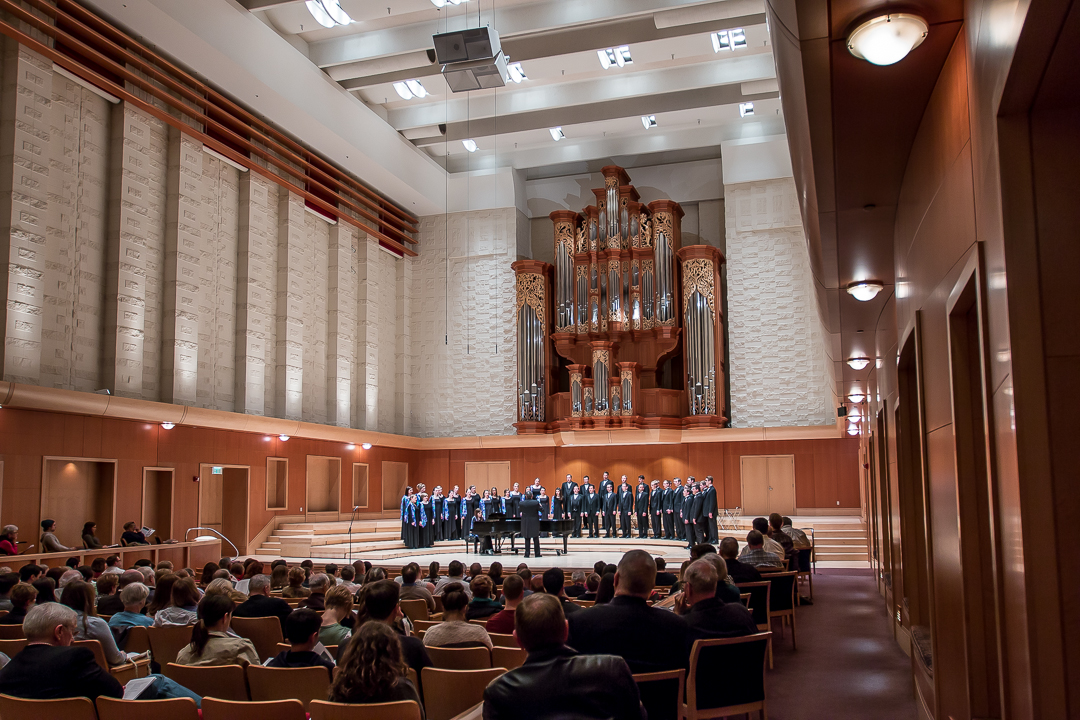 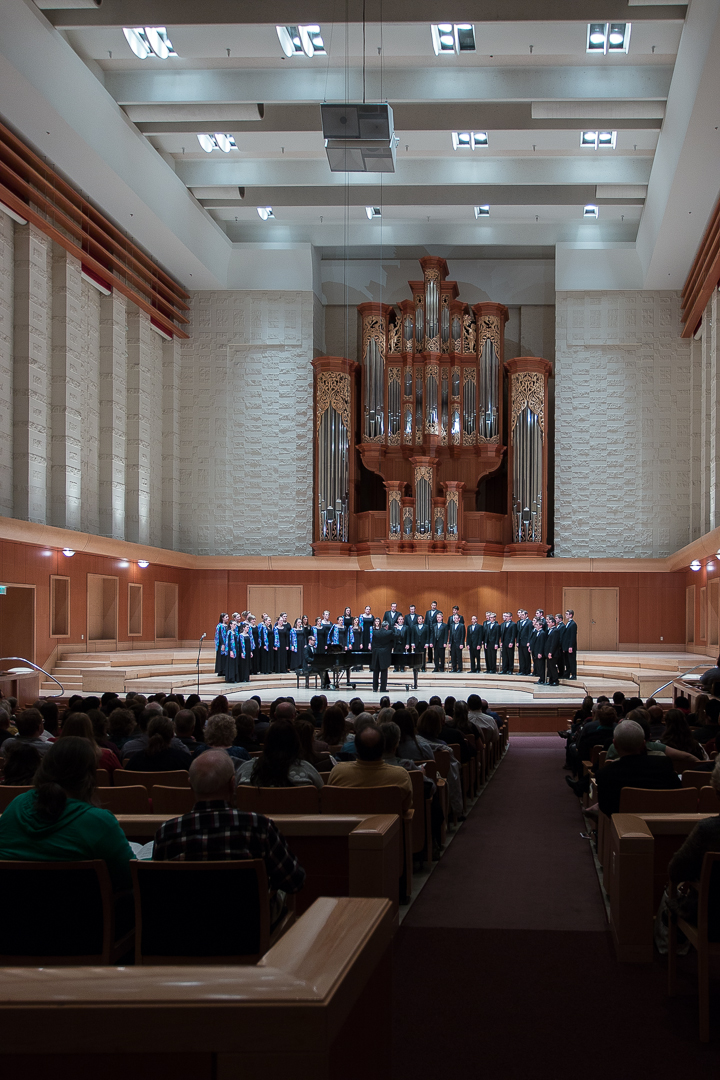 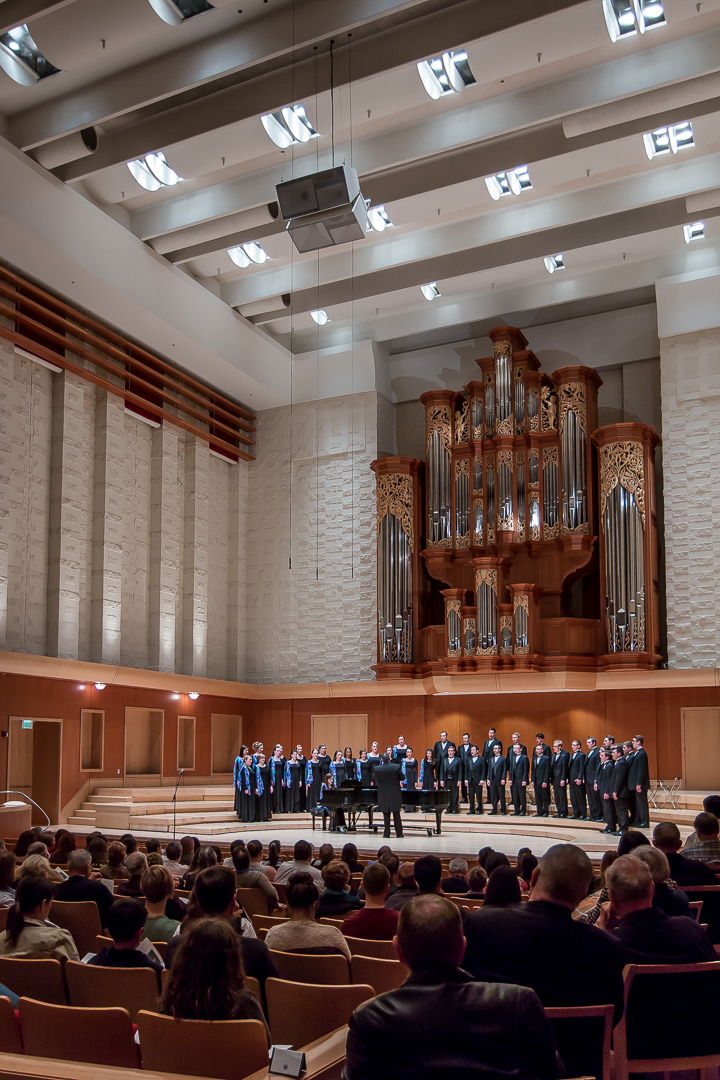