This morning began with breakfast at the hotel before heading out to begin our sightseeing for the day. We first visited the Sultan’s palace—the residence for the king of Yogyakarta. We were lead through a tour of the grounds where we saw many relics from past kings. Near the end of the tour, our tour guides asked for the choir to perform a song so they stood around the two women and performed Hela Rotane. Many other tourists quickly turned their heads to catch a moment of the song as they passed near our group! 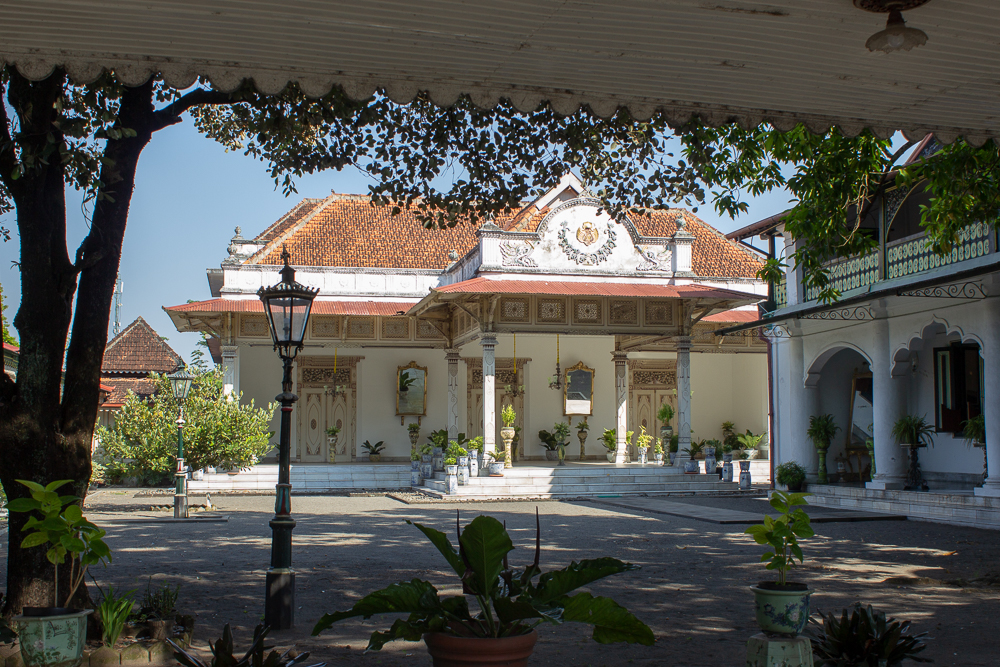 The residence for the Sultan of Yogyakarta 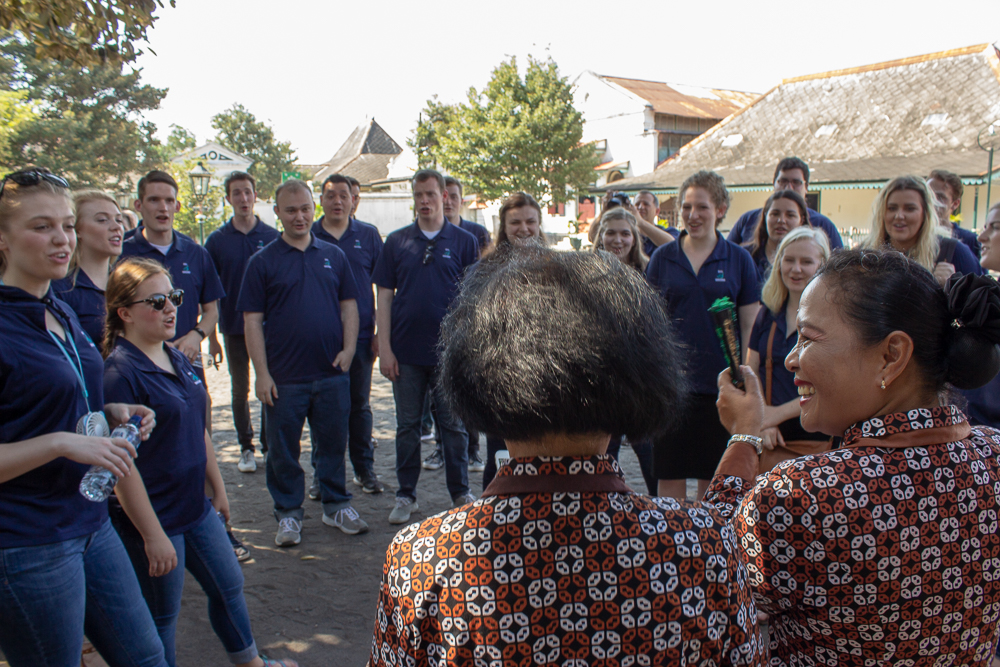 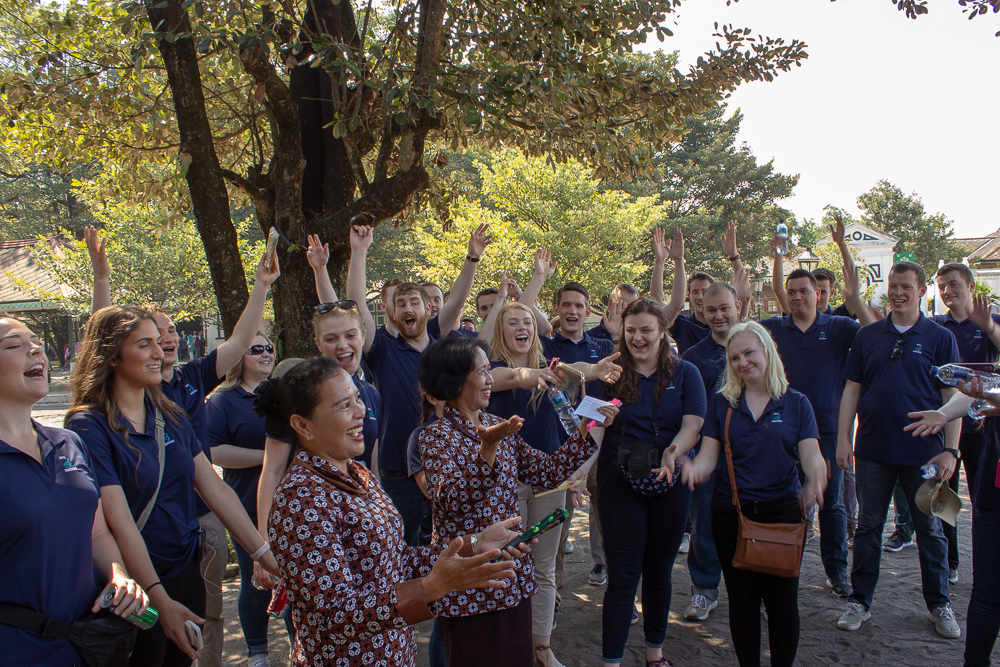 We then took a brief trip to another palace, the Taman Sari. This palace is a recreation of the royal bathing palace, and it has a pool in the center. Due to the pool, it is also known as the Water Castle. After visiting this palace, we traveled to a nearby silver market where we had a few minutes to browse through jewelry and trinkets all made out of silver. After a bit of shopping, we then went to a beautiful local restaurant for lunch. 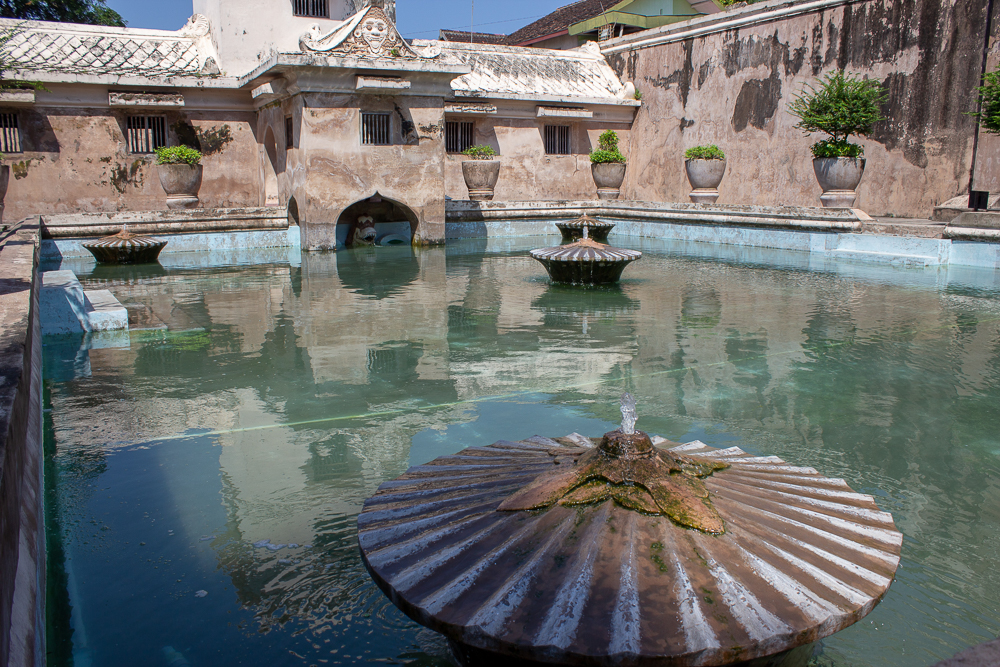 The pool at Taman Sari 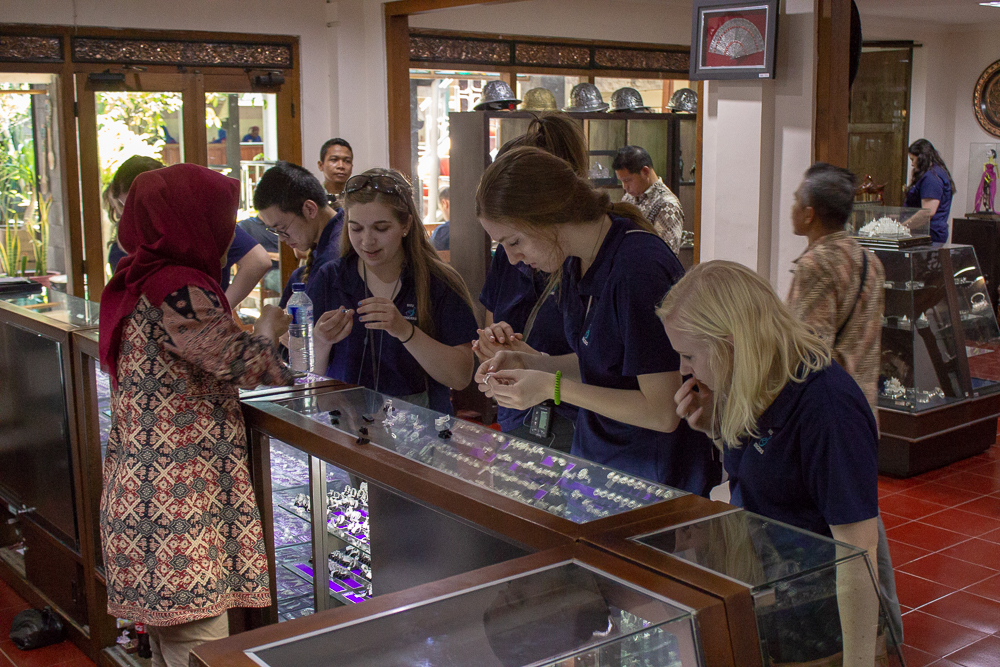 Browsing the various items at a silver market 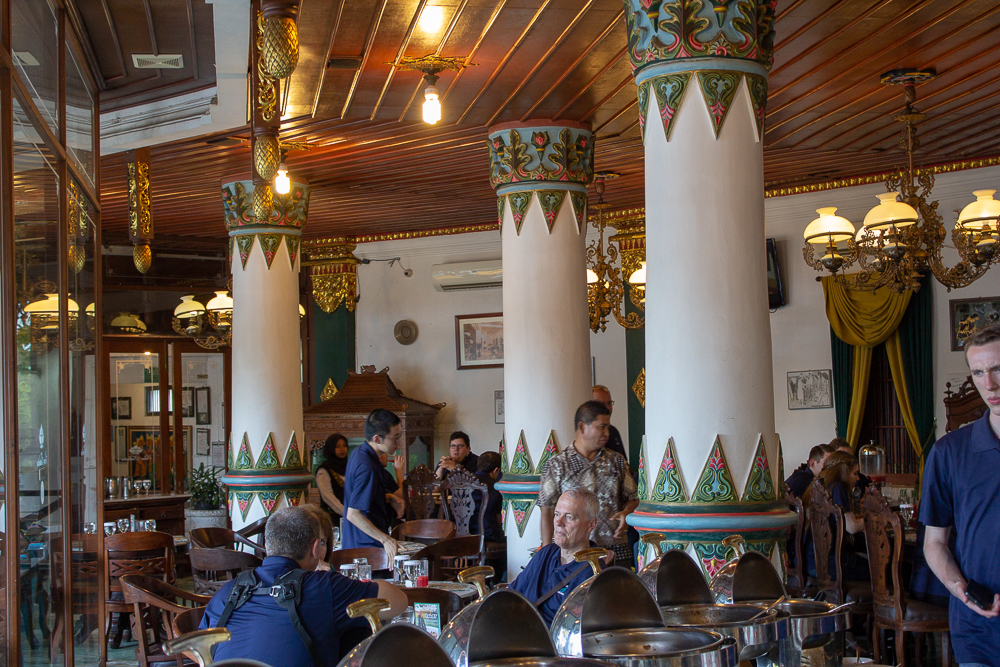 Our lunch venue for the day

At the conclusion of lunch, we gathered on the buses and went to the Indonesian Institute of the Arts (ISI) where the choir would later have a performance. We were given a very warm welcome with an official meeting where the dean of the school was in attendance. Dr. Crane then had the opportunity to lead a masterclass with the choir at ISI, Vocalista Harmonic Choir. They worked on three songs side by side with BYU Singers, one of them being Luk Luk Lumbu which the two choirs performed together in their concert tonight. Another piece they worked on together was O Lux Beata Trinitas, a piece BYU Singers performed in last year’s repertoire. 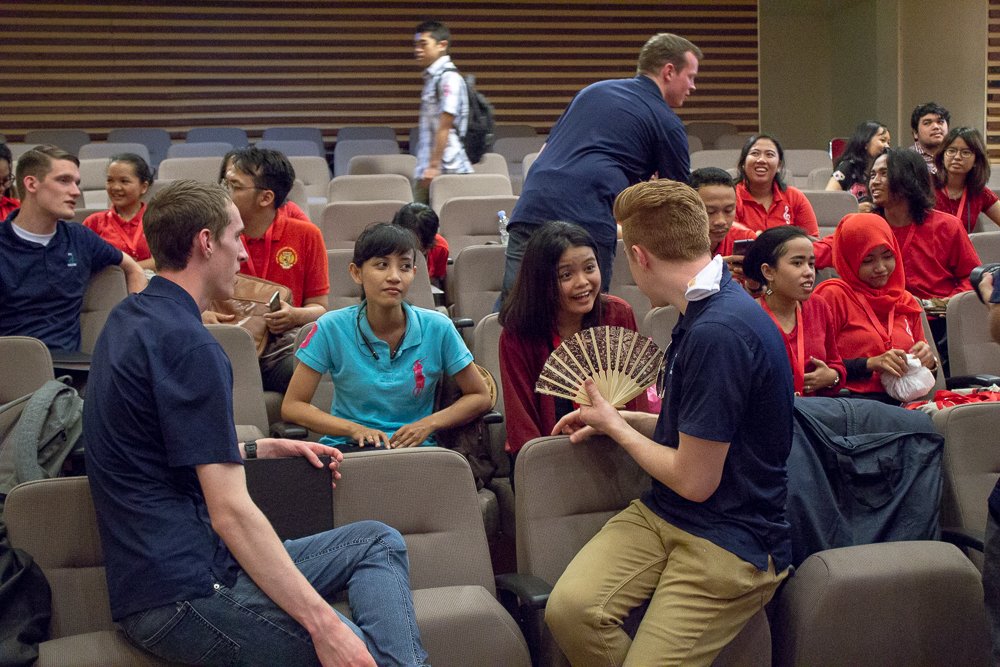 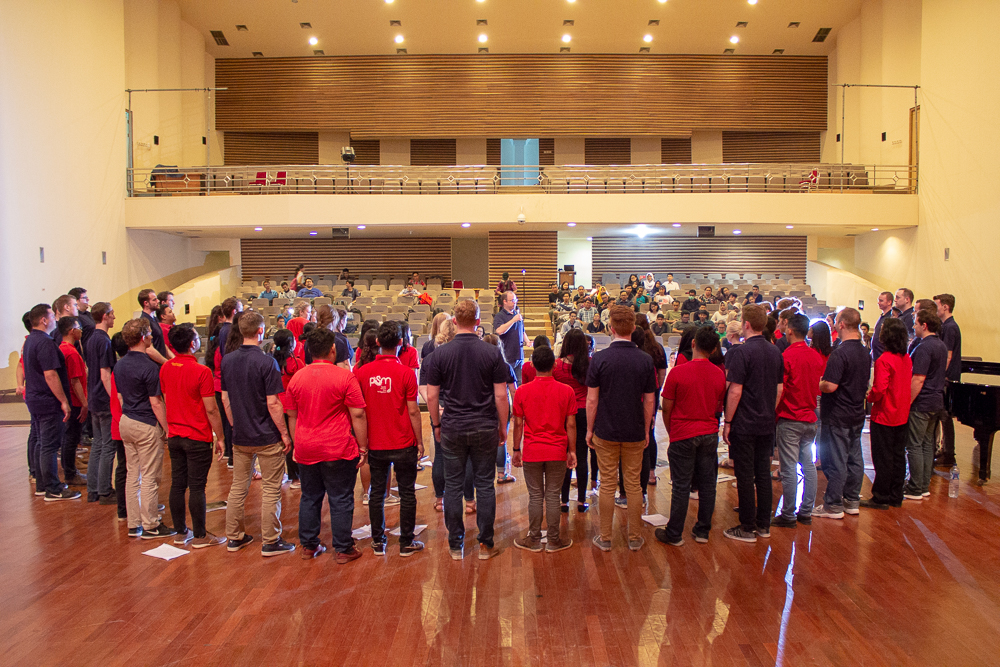 After the workshop, BYU Singers had some time to prepare for their concert and work on staging. The heat here in Indonesia has been quite difficult for the choir to adjust to, so most of their concert preparation was taking time to relax and cool off before performing. The relaxation paid off, because the choir delivered yet another incredible concert for the people of Indonesia. At the end of the Indonesian set of songs which includes Ibu Pertiwi, Rayuan Pulau Kelapa, and Hela Rotane, the crowd erupted into a thunderous applause and a standing ovation. They then concluded the concert by singing Luk Luk Lumbu together with Vocalista Harmonic Choir. Each performance is a special moment for BYU Singers to remember why they are here in this country at this time—to spread joy through the power of music and testimony. 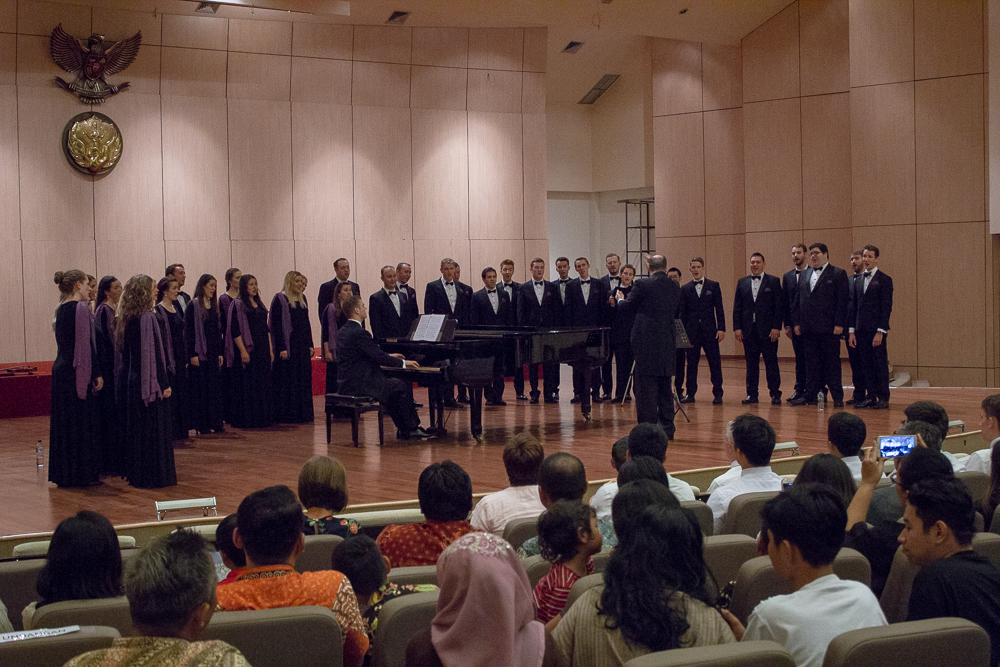 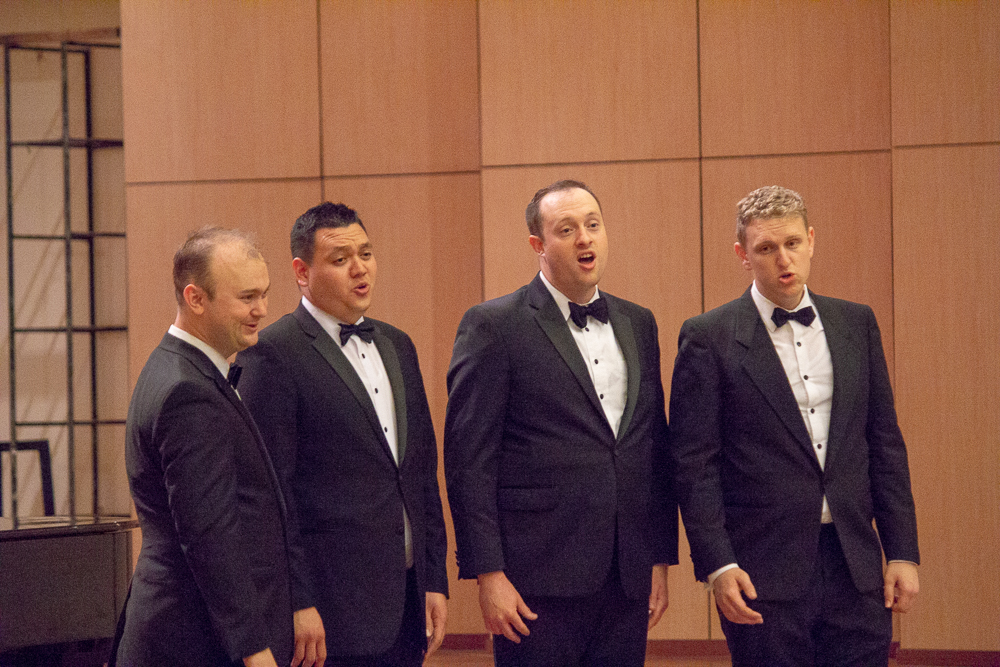 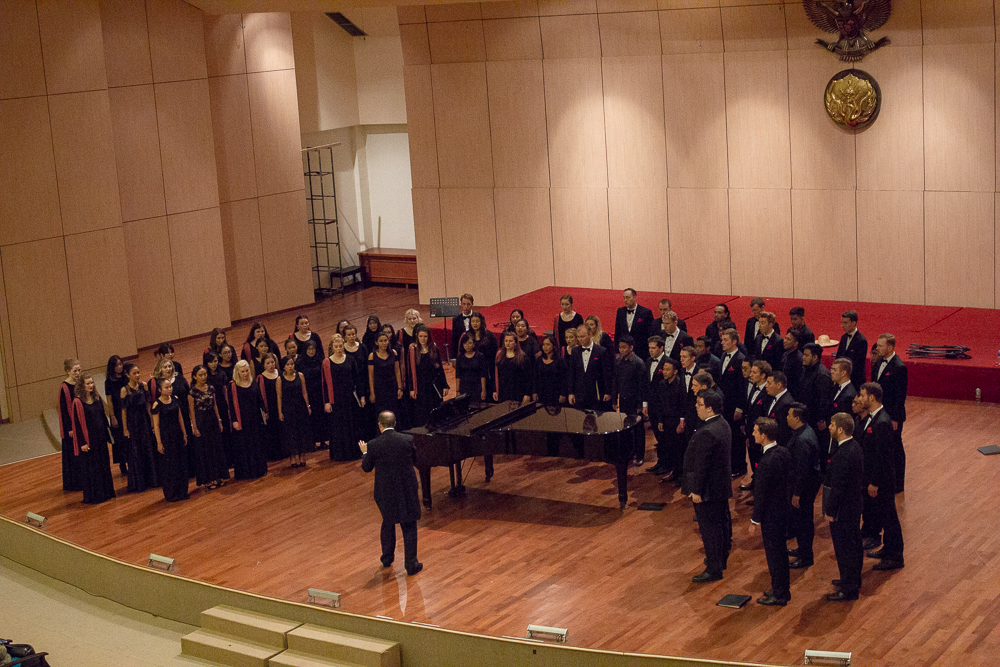