March 20-21 brought somewhere around 200+ alumni to campus along with their spouses, families and friends. No one stood still very long, so we will never know how many were actually there. But all there had a wonderful time reconnecting with friends they sang with at BYU, as well as those they have met since around the country. Hundreds (if not thousands) of photos were taken over the two days–these are just a very few to give a little flavor of the weekend. 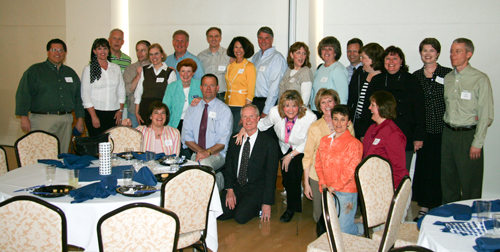 We had a fun dinner, many heard the beautiful Concert Choir Concert, and then we reconvened for dessert and a quick jaunt through 25 years of Singers via a slide show. It has been duly noted that hair is smaller now, make-up a bit more restrained, and tour clothes a little more comfortable. Thank goodness.

Saturday afternoon was a rehearsal with the current Singers to keep the alumni on the straight and narrow of pitch and vibrato. What a joy to sing together again! Some alumni could only attend the rehearsal and not the concert, so we’re including a few photos of the rehearsal to represent them. 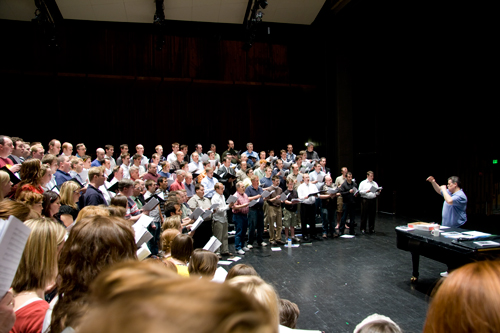 A view of the rehearsal from the alto section 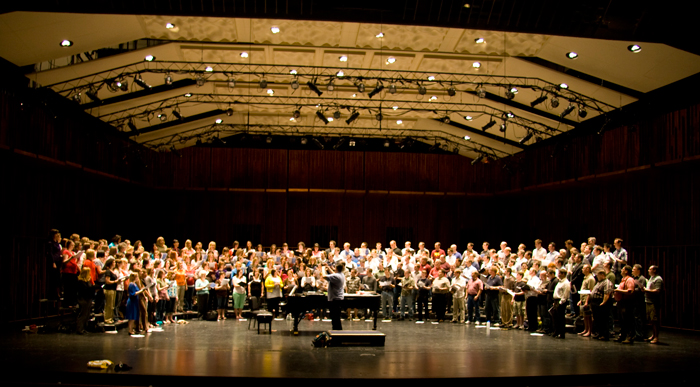 Saturday evening was an incredible concert by the current Singers, where they performed most of their classical repertoire that they will be taking to the British Isles April 28-May 21. They received a standing ovation during the concert after Whitacre’s “Leonardo Dreams of His Flying Machine.” A superb performance of a wonderful piece; no audience could be more appreciative than alumni who know what it takes to produce a performance at that level. At the end of the concert, we alumni were thrilled to be able to sing once again with Dr. Staheli on the de Jong stage. What an experience to join together again, though in a much larger group. Dr. Staheli’s arrangement of “I Got Rhythm,” Lauridsen’s “Sure on this Shining Night”–and especially to end with “How Can I Keep From Singing?” This last piece and its lyrics have become a theme of Singers alumni as we have left BYU to make music wherever we make our homes. 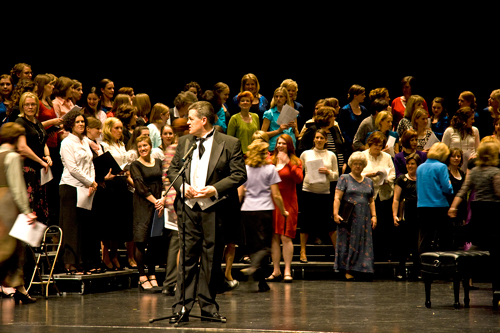 Getting into position to sing 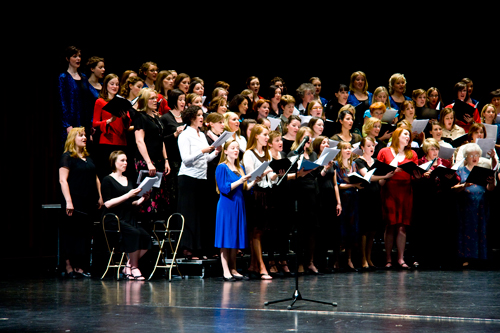 Some sopranos and a few altos 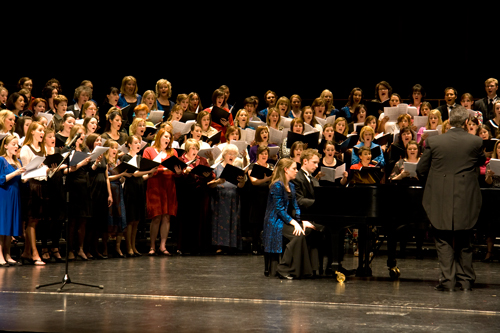 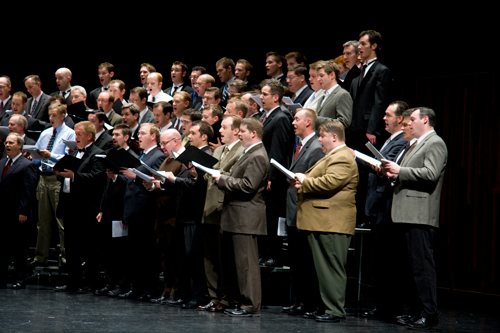 Some of our basses 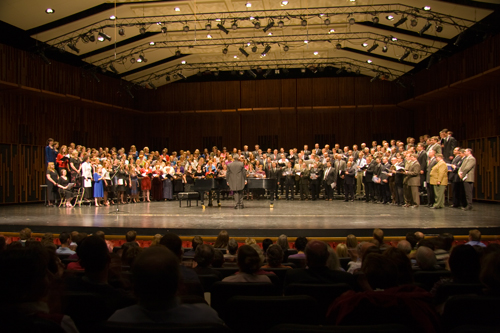 How Can I Keep from Singing?

A reception after the concert ended a very memorable weekend. It is almost impossible to write about all the feelings and memories that a reunion such as this brings back–but we hope to do this all over again in a few years!